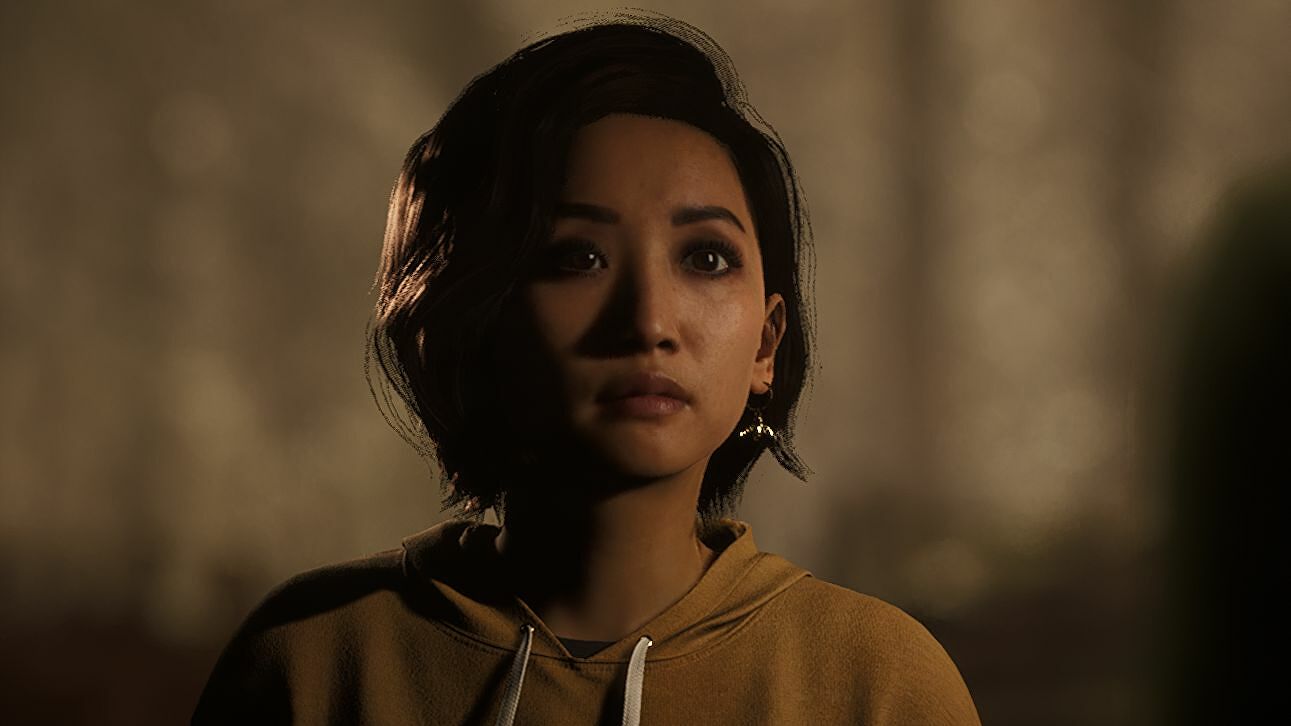 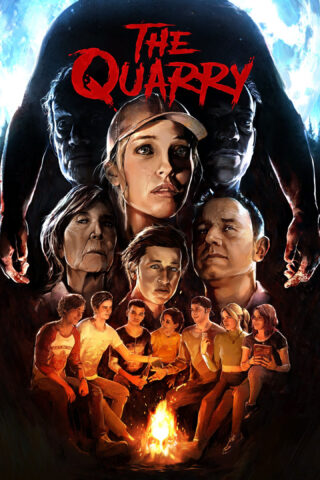 Supermassive have lead the way for interactive horror titles that are relentless in their display of bloodshed, gore and violence. The foundations of Until Dawn, remain strong in every aspect of The Quarry, down to the cast of characters portraying teens surviving the night from an unknown threat that singles each vulnerable member of the Hackett Quarry Counsel, one-by-one. Adjacent to the studios’ ongoing saga in The Dark Pictures Anthology, The Quarry takes the development team back to its roots with a one-shot instead of an episodic tale. Obvious inspiration is taken from stereotypical teenage-horror flicks like I Know what you did Last Summer, Friday the 13th, and Scream just to name a few and how apropos that Hollywood star David Arquette, gets involved with his portrayal as Camp Owner, Chris Hackett.

While it takes a fair few minutes to get the engine warm, The Quarry roars into absolute gore and mad displays of bloodshed, and manslaughter. However, while its exemplary presentation tries to push boundaries in shock value, its delivery in story leaves a less than memorable impact. While I do think people will remember the title for being another Supermassive horror flick that acknowledges the studio’s successes, but may be its weakest plot since the first chapter of The Dark Pictures Anthology: Man of Medan. It’s still entertaining enough that it would make toes curl, and would be a great Halloween night in with a group of friends, but its fetch quest that surrounds the campaign isn’t imperative enough to have players strive for completion, unlike its predecessor which focuses on relation-building, factual checks and an understanding of the environment.

Down by the Bayou...

Without getting too in-depth into the campaign’s narrative, The Quarry takes place in Upstate New York – geographically known for its Park reserves such as the Fulton Chain Lakes. The story begins by following a teen couple heading towards Hackett’s Quarry, where they recently were recruited by Chris Hackett to be counsellor’s for the Summer. While Laura searches the map, boyfriend Max gets distracted and swerves off-road in order to avoid hitting an unidentified person or creature. While Max repairs the vehicle, Laura encounters something strange in the forest, and goes off to investigate… mind you, alone. No idea why? But yes, dark, alone and lost she goes off and leaves her boyfriend. Makes no sense. Being left in a vulnerable position, Laura experiences illusory figures warning her to run, to which she does.

Making it back to the Car, Max and Laura rush to leave but are confronted by a local Sheriff, who questions the couple after their unusual off-road accident. The officer’s demeaning nature is insistent on the pair staying the night at a motel in the area, rather than finishing their trek to Hackett Quarry that evening. Ominous in his heed, he doesn’t go into explicit detail on why he tells the two not to head to the quarry, rather leaving them with a vague safety measure. Albeit an awkward and somewhat creepy experience, The Sherriff was sincere in his warning but ignorance is bliss and the teens were too headstrong to get to Hackett’s Quarry that evening. Upon their arrival to the campsite, they find the building to be empty without a person in sight. While Hackett’s car seemed to be there, there was no one present to greet the newcomers.

The pair agree to leave and head to the motel, not before Laura again investigates the area only to find a trap door entry below the main building’s hangar. Peeking through the gap, she discovers someone or something inside to which she calls Max from the Car to help open the lock which held the handles shut. Breaking the door open, the two head down an ominous stairway, only Laura to find a butchered animal freshly slaughtered. Laura warns Max, only for her boyfriend to be attacked and left bleeding out. Laura tries to save Max by lifting his deadweight body up the stairs, only for him to be dragged back down to the basement, where it’s presumed he had been killed by whatever is down there. Laura turns back to the basement door, but is then drugged by the Sheriff from earlier, who exclaims that this was not the Motel.

The Quarry is a gory, masochistic, and morally challenging bloodfest that will still leave some spine-tingling scars that will split audiences with their respective outcomes, and undoubtedly be a talking piece in gaming for years.

From this point onwards, we jump into The Quarry’s campaign, where choices and paths are expanded and extrapolated into a less-than-linear, yet subtly guided plotline. While everything unfolds at a sluggish pace, it does reveal more of the title’s introductory events. However, the campaign takes more than a few steps to completely unwrap this thriller with a tedious, and somewhat cumbersome trial and error of choices that essentially write out the group’s destiny ahead of time. The first three hours of the game can be quite the task to get through, not withstanding its questionable writing choices and dialogue that oddly makes no sense, but it does make for some cheesy moments that will surely have you cringe or cackle, depending on how you perceive it.

❌Subpar writing, to the point where it’s not cheesy.

Personally, the two-tiered choice structure made for great judgemental morale in the game, thus testing patience and wit in what could be your controlled character’s final moments. But it doesn’t come without cost of being predictable. Lead-in moments that tell exactly how a situation will unravel takes away some of the thrill – no pun intended – but can decisively help or hinder specific characters of your own volition. A great thing about these choose your path interactive-cinematics are their quality of life. Replayability is strong here, with the choice to jump back into the fold and mix up some choices, make opposite decisions from your last run, or let the game decide for you.

It still brings up its questionable pacing, that irked me through my four playthrough’s, each with their own unique turn of events, but still fell at equal speed. Beginning; slow and subtle, Mid; predictable and cumbersome, End: Climactic yet ultimately predictable. No matter how you slice and dice it, it still delivers the same resolve. Sure you may feel some relief that a character made it out alive, but its not really as monumental as their untimely demise. And yes, they’re adults acting as teens – “how do you do fellow children?” So you’re going to have to expect a whole ‘lot of cringe in their delivery.

So a major highlight here is how great the game looks. Uniquely polished and at times photo-realistic. While I wouldn’t equate it to Supermassive’s previous works, it still looks stunning. Intricate details in integral model designs make it look eerily lifelike, taking likenesses from the actors and making sure they’re represented in great fashion. David Arquette, Brenda Song and Ethan Suplee looked phenomenal here, while some ‘supernatural species’ could have had some work done to look a little more intimidating than they were. Environments were eye-catching with incredible lighting to make for some stunning aperture before the night sets in, then the title revolves around Supermassive’s dark contours that help elevate some suspense and horror. I’m genuinely fascinated by roto-camera technology that manages to capture and output 3D models based on real people, and how post-rendering can make great detail to the skeleton, and how Supermassive have perfected human movement without the jank of a warped neck-bone or weird mouth movement that generally happens in other titles.

Again, the game could not have been as good as it was without its cast, lead by the the incomparable David Arquette (SSX Tricky, NFL2k5 – Yes, he has Video Game Credits) as The Quarry’s Chris Hackett, alongside the cast of teen counsellors including Brenda Song (The Suite Life of Zack & Cody, Wendy Wu), Skyler Gisondo (Vacation, The Amazing Spiderman), Ariel Winter (Final Fantasy Type-0 HD), Justice Smith (Detective Pikachu, Jurassic World: Dominion), and other surprises including My Name is Earl’s Ethan Suplee, Alien’s Lance Henriksen, Insidious’ Lin Shaye, and Twin Peak’s Ted Raimi, also credited for his work in The Evil Dead franchise. An ensemble built perfectly for this summer-horror flick that will undoubtedly be enjoyed by its target audience.

The Quarry has its merits and shortcomings, much like any horror film out there. The only difference here is its interactivity that pits its polarising outcome against Supermassive’s other entries. While it may be hard for some to stand back and separate it from the studio’s other thriller’s, it stands out as a great example of what potential the Guilford based development team truly garner. While I would have loved a little more action in the first quarter of the campaign, and a little less character building for some that ultimately had zero influence in decision making, I think there’s some positive in its outlier to essentially cut ties and make do with ones that peak some invested interest, while that does absolutely nothing for the game other than an achievement here or there. The Quarry is a gory, masochistic, and morally challenging bloodfest that will still leave some spine-tingling scars that will split audiences with their respective outcomes, and undoubtedly be a talking piece in gaming for years.

The Quarry is a 2022 interactive drama horror video game developed by Supermassive Games and published by 2K Games. Assume control of nine teenage counsellors who must survive.

Story
6
Gameplay
7
Presentation
8
Sound
8
7.5
Supplied by the publisher, for our review. 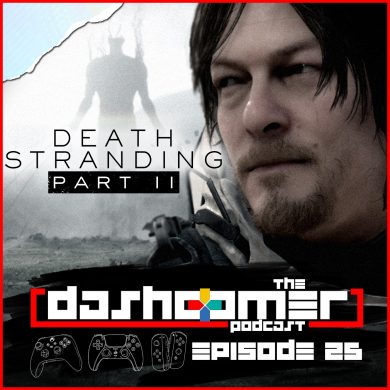