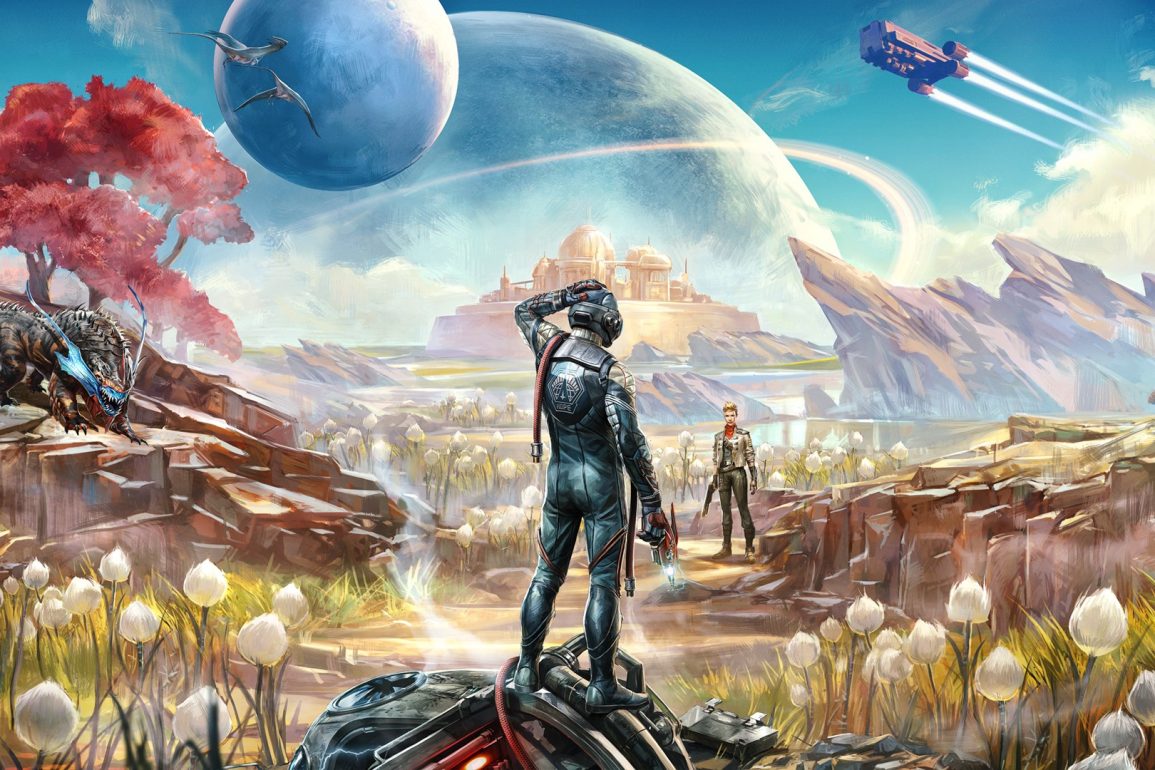 In PCPS4ReviewsXbox One
6 min read

The Outer Worlds is the best “Fallout” entry in years. Yes there is some subtle sarcasm placed within that opening statement, but it’s absolutely true. It’s incredible to see how far the Fallout franchise has truly come since the launch of the now cult classic Fallout: New Vegas, and how that exact entry into the franchise has inspired many ideas that has made the series one of the greatest of all time. However, credit where credit is due. Obsidian Entertainment nailed what was one of the most unique entries that sparked new life into what people presumed they knew about Fallout. Taking that all away however, we now have a brand new franchise with The Outer Worlds, and what a way to kick it off. If there was one word I could use to describe this title in anyway, it would be “Mesmirising”. The game’s stunning design and incredible gameplay is a sight to behold. It’s one of the best action RPG shooters, I’ve had the pleasure of experiencing in quite some time, and may very well be one of the best title’s released this year. It’s an interesting situation however with The Outer Worlds release remaining multi-platform after Obsidian’s Microsoft acquisition, but it should be noted that the studio was acquired during development of the title and Take-Two’s Private Divsion, nailing down the publishing rights to an incredible experience.

While the Fallout franchise may have mastered the genre early on, Obsidian has revolutionised the category’s craft and has put it on full display with The Outer Worlds. A truly innovative experience from the Californian development team, that absolutely deserve high praise for this marvelous example of gaming design. While many elements of it’s integral concept may have been borrowed from it’s sister series, The Outer Worlds unique layer of polish makes it immeasurable to compare. While simple features of leveling, weaponry, looting, upgrades, character buffs and other essentials carry over from many established action role-playing titles, it’s the title’s incredible dialogue and setting that really make it an out of this world experience (yes… all the pun intended there).So with that said, what make’s this stargazing saga truly a modern day masterpiece of epic proportion? Let me tell you, that it’s all about it’s presentation. It’s opening scenes of vibrant beauty will have you absolutely flawed for a few minutes. I sat there stunned, and had to do a full 360 the map, just to take everything in. I could not believe how incredible of a setting Halcyon truly came to be, and how memorable it will be for years to come.

The story begins with out protagonist aboard a colony ship, fast asleep. They are awoken by a voice on board, that reveals our hero has been asleep for over 70 years. This is all to do with how time is not relative in space (Wibby-Wobbly… Timey-Wimey kind of stuff), and our the ship had never reached it’s destination on time. With that, the initial mission was a failure and thousands of people disappeared due to the matter. The Board, a corporate amalgamation has ubiquitously seized control of entire solar system, incarcerating an entire race to make profit, in what could only described as capitalism at it’s finest. This has obviously gardened the title some heat within the community, and has been cause for massive discussion on why people should be devoting their time towards it. None-the-less, the story itself was an intriguing aspect into what could become of the human race in a millenia to come. People are compensated with medical aid, including prescriptive medication and other forms of treatment based on their performance. Any backhanded commentary towards their superiors will ultimately result in immediate termination.

How the story is determined is ultimately up to the player, and which path you will choose. Yes, this is a choose your own path story, but I must tell you, that either way there is a false sense of gratification, that will never lead to anything self-adequate but leans towards machination. Your influence will guide the shift in power that results in this dictatorship-like setting, with our hero stumbling into many difficult choices in what is right? or what is wrong?The plot itself does get quite intense, and emotional in moments of pure decision making, however making these impactful decisions will always leave you questioning whether they were in fact the right decision. No matter which choice you do make here, people within the story will always be hurt, no matter the outcome. It’s tries the player within pure morality choices that will always lead to lawfully good or bad decisions, but you have the power to make that choice, but just know that each choice here is never the right choice. It’s odd consequence for an engaging story, but one that truly leads to a conversation piece.

Dialogue points of the title show off it’s remarkable writing, with persuasive and intimidating moments from each character quirk presented to you. The aim here is to emotionally connect with the player, and to engage with their affection. Sympathising with either allegiance may cause a stir for your story going forward, but will ultimately determine your outcome. Progression throughout The Outer Worlds relies on you skill-set, and how various attributes and characters buffs will be unlocked on your journey through Halcyon. While choice may not be as extensive as other action RPG titles, you will find that there will be plenty of loot left behind from various enemies you defeat. If there was one thing that did bug me, was weaponry having a time limit, this a feature that has totally become antiquated within the genre, and should be left in the past. It’s no longer welcome within the current climate of gaming, but I do understand wanting to further the experience, but could also be considered nowadays as bottle-necking. However, one thing to absolutely note and is a massive plus is gathering your own party, and having companions help you throughout your set missions. Each companion will have their own reasoning and back-story for wanting to rise-up against The Board. It will be your job to also help protect each member, also equipping them with gear that you may have collected throughout your time on each planet.

The Outer Worlds may perceive an open world presentation, but is quite linear. The campaign itself guides the player towards their goal, and while there may be some subtle repetition in combat and enemy design, there is certainly a vast variety of unique plantation and terrain exploration to entice any completionist. The Unreal Engine used to design Halycon, places The Outer Worlds in stunning setting that will not only gob smack players in bask of it’s beauty, but will have them falling in love with the entire experience laid before them. The Outer Worlds is an incredible package, and a welcome addition to the Action RPG genre. It really has it all. Intense, and innovative gameplay, incredible design, a story that will have you questioning your own sense of morality, and flawless setting to boot. The Outer Worlds has birthed what could be a remarkable initiation into an incredible franchise for years to come, and could very well be Obsidian’s Renaissance piece, finally separating itself from a tired franchise that has seen better days in the Fallout series. The Outer Worlds is truly one of the best video games of 2019, and could very well be it’s Game of the Year. 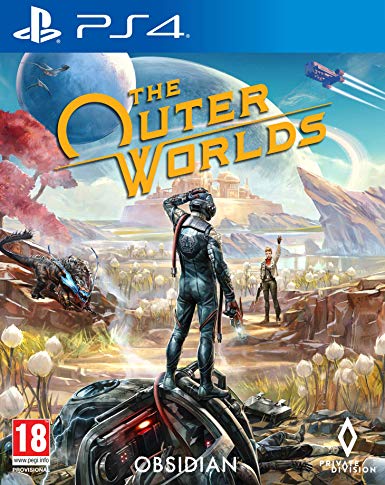 The Outer Worlds is an action role-playing game developed by Obsidian Entertainment and published by Private Division. The game was released for PlayStation 4, Xbox One, and Microsoft Windows on October 25, 2019, with a Nintendo Switch version to be released in 2020. 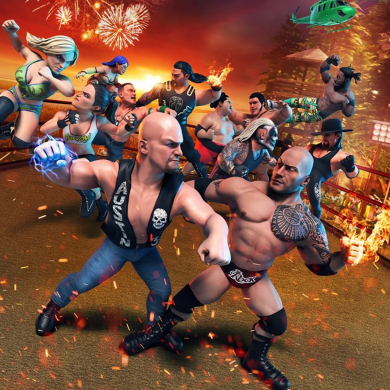