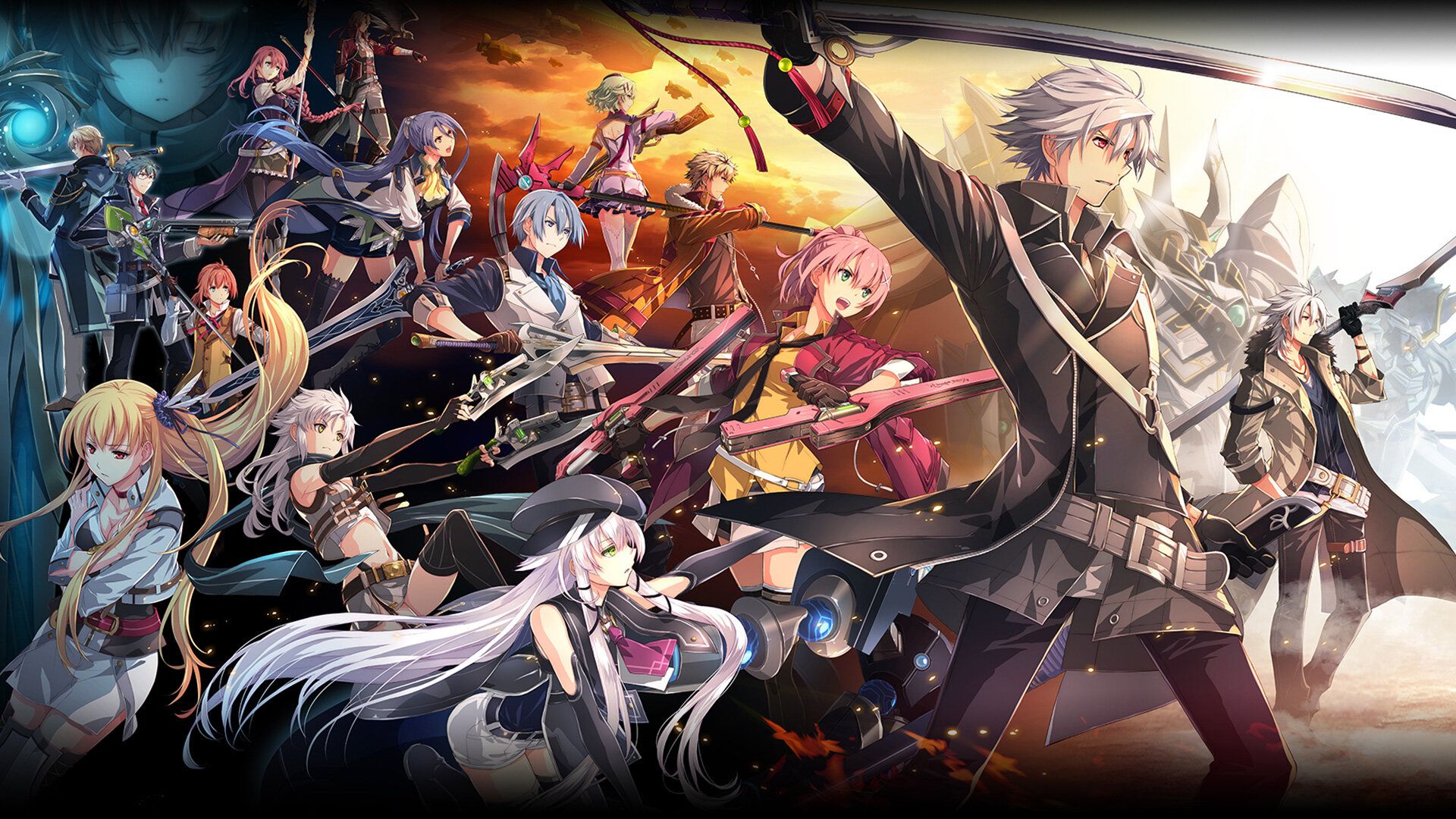 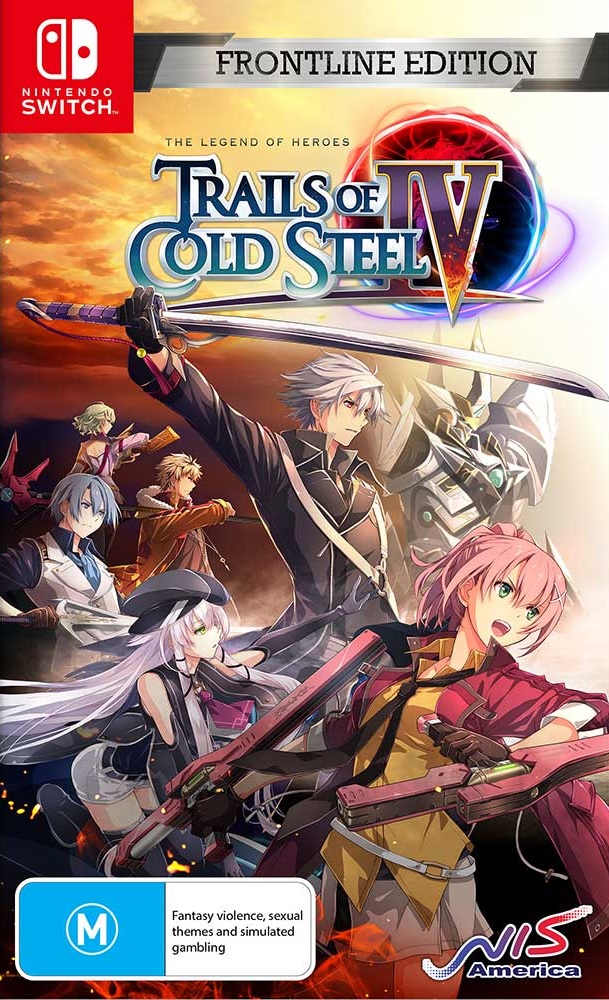 Dragon Slayer: The Legend of Heroes has had a hell of history. Revered as one of gaming’s greatest ongoing JRPG’s since the late 1980’s, Trails of Cold Steel IV concludes a sensational arc in the series’ growing saga which has spanned across five decades. An illustrious tale told of a young Prince that sets forth on his expedition to save his kingdom of Faralalyne, after the incarceration of his father and loyal subjects. Pushing boundaries within the role-playing genre, Dragon Slayer’s integrity and identifiable traits were a blend of notorious mechanics that were primarily seen within early builds of the Book of Ys. A canonical conundrum transpired after its direct sequel, when Japanese development studio Nihon Falcom, ultimately decided to rebrand Dragon Slayer II, and make the entry its own franchise with simultaneous chapters that delivered events in real time.

The established storyline of Dragon Slayer, deviated from the initial plot to manifest Xanadu: Dragon Slayer II – Not to be confused with Dragon Slayer: The Legend of Heroes II, nor Romancia: Dragon Slayer Jr. In 1994, The Legend of Heroes II: Prophecy of the Moonlight Witch was released with developers, a rebranded Falcom, clarifying this entry to be Dragon Slayer’s true sequel. While the series’ fourth entry overall, the game was marketed as the definitive gateway to its intended legacy without the notion of retconning prior titles but placing a marker on Dragon Slayer’s chronicle to form concise continuity, with this sequel leading the way. The Legend of Heroes would then go on to deliver two arcs that formed a respective plot for each; the Gagharv, and Trails. After the primary arc was met with a mixed reception, Trails was praised for its superlative content overall.

A deep, captivating and encroaching exposition delivered across an entire decade’s worth, with each title leaving fans compelled for more. From the Sky to Azure, Trails of Cold Steel IV commences the latest episode’s final bow for our heralded heroes. In what I can personally attribute to as an example of role-playing excellence, the franchise has had an esteemed reputation for delivering a level of quality that seats itself with Japanese role-playing royalty. First released for PlayStation 4 in September 2018 (JPN), it garnered a lengthy ballot of accolades that promptly made it one of the categories’ most sought. Localised and released in the west last October, fans gloriously gave it the appraisal it deserved, but of course an integral congregate anticipated its re-release on the hybrid handheld/home console, the Nintendo Switch.

Trails of Cold Steel IV sees our campaign commence two weeks after events that had transpired prior to this chapter. Rean, and the Divine Knight of Erebonia, Valimar cause anarchy while unleashing the Great One’s Curse across the continent of Zemuria. Crow, Rutger, Arianhord and Cedric call on the aid of Valimar’s associates to detain their brainwashed brethren. After our protagonist is proselytised, Rean’s insatiable bloodlust causes him to become unstable, causing the group hastily transport their silver maned leader to the Witches’ village. With little hope, they approach a spellcaster pleading to remove the curse that’s causing a suspected mental alteration to the warrior’s cognition. Meanwhile, a newly appointed Duchess Cayenne in Musse, regales other continents into taking down the Imperial Army.

I found the narrative to be somewhat confounding at this point, with the campaign failing to note a time leap that occurred during this period where Rean was captured by his father, Giliath Osborne. Meanwhile, Crow recollects himself, regaining some lost memories, and Ash is held captive by Musse during the group’s last encounter. There’s an immediate dependency on the player having prior knowledge of each character’s backstory; you simply cannot begin Trails of Cold Steel at its closing entry. Fortunately, there is a backstory option from the title’s main menu that will catch you up to speed. However, there’s an impediment purposely imposed, placing a mandate on gamers having to backtrack to Cold Steel’s beginnings regardless of its narrative which I will note shortly.

With Rean detained, Juna – former Student of Rean’s Class V – leads Class VII’s crusade to rescue their teacher. Both Kurt and Altina accompany their captain to carry out their mission, while searching for any clues on Rean’s whereabouts. The group uncover a dastardly plan executed by Govenor-General of Crossbell, Rufus, who had abused his position to possess the last of the Divine Knights.

Class VII manage to locate Rean, only to discover the swordsmen had succumbed to his Ogre Curse. However, the notable presence of his comrades allowed our protagonist to control its power, and reconstruct his heart. Reclaiming his vessel and restoring self conscious, Crow reconciles with Rean as the team leader rejoices their victory, welcoming the ARCUS member back into the fold. Furious, Osborne informs the pack that since the arrival of the Divine Knights, an opportunity has arisen to perform the Rivalry ritual, which overturns and pits each Knight against one another, placing the Godlike guardians in a fight to the death until there is only one sole survivor chosen to host as a vessel to the Great One, Ishmelga. Rean and his party safely escape, not before the swordsmen declares his intent to defeat his father, and put a stop to his malice.

It’s from this point we’re able to take full reign of our hero and set off on this epic adventure. For those that prefer an immediate showcase, there’s a lofty buffer period upon initiating the campaign. An enormous text dump and in-game cutscenes that act as a retrospective. Essentially the title is under the presumption that you, the player is already acquainted with the series and is experienced enough to plunge themselves right into the action. No tutorial, no back to basics; a direct continuation from Cold Steel III to IV. Once again, the ambiguity of its narrative is supposed to push the uninitiated back a peg before jumping into the title’s climax. Normally I’m against the forced nature that omits a needed tutorial, but in this circumstance I can acknowledge the intent, but a refresher course never hurt anyone – even experienced players like myself.

✔️One of role-playing’s most prolific sagas comes to its climactic end.

✔️An incomparable cast that portrays each character with grace.

❌Does demonstrate some confounding moments within its convoluted plot.

❌A minor downgrade in visuals on the Switch, but performs without problems.

Having immersed myself within The Legend of Heroes saga, prior to Cold Steel’s final act, its seamless entry point was a warm welcome to an already established player that absolutely loves its unique take on turn-based combat. Facets of former iterations are made evident, with Cold Steel III’s Order System and Orbment system both reprising their respective mechanics here, along with battle commands for real-time usage while skirting an assorted defence. However, a welcome change made for streamlined navigation without having to shuffle through a litany of options. The UI/UX allows players to now map shortcuts to their button scheme, for an instant attack. This makes for a rapid increase in overall action, heightening the suspense and thrill of engaging in battle, while slashing the stifle of scurrying meticulously through a myriad of options.

The reprisal of the S-Craft technique sees new members of Class VII also entail the ability. Juna’s Excel Breaker has the rose coloured warrior utilise her Gunbreakers to unleash a massive beam that obliterates any threat that opposes her, while her Valiant Charge fires a supercharged shot before attempting an offensive melee attack. A surprising, yet notorious element is reformed and re-invigorated in the Lost Arts from Cold Steel II, which allows our party to initiate an exponentially superior special, showing an exorbitant amount of power through one move, but comes at the cost of expending your EP (Energy Points).

New addition to the series is the automated Order sequence implemented in Cold Steel IV. While I questioned the motive behind this, I understood how this fit within early combat and narrative. While some may perceive this as a bottleneck mechanic, prolonging the onset of the campaign, there’s reasoning behind it that’s revealed in its climax. However, it is up to the player in upgrading each character by discovering hidden chests, which ultimately pits certain members of Class VII in trials to determine a fixed place in the order. A qualm which fans were quite critical of throught Cold Steel’s run was the opposing party’s breaker system. An unbalanced approach was dictated, but looks to be amended here alleviating all compulsory grinding within combat. A delightful addition are the mini-games, which include poker, blackjack and an assorted mixture of table-top puzzle games to play at your own leisure.

Reflecting upon Cold Steels IV’s PlayStation 4 release, the overall downscale for Nintendo Switch is evident, but only when docked. Whilst playing in handheld, the title demonstrates a gorgeous, detailed environment, rich with aperture and lush greenery, with its contrast of looming tones to indicate dire extremities in dangerous circumstances. The simplistic manga-inspired archetype shines here, with a distinguished idea placed in each character’s attire and personality to match. The anime influence is heavy, with tropes literally oozing from its main cast, to the allotted NPC’s that surround you, and engage in civil conversation. From tall valleys, to the dystopian village crumbling, an enigmatic depiction of a bleak destiny is beholden.

The Legend of Heroes: Trails of Cold Steel IV is unequivocally an unmissable climax to one of gaming’s most heralded saga’s. An action packed, adventure that celebrates Dragon Slayer’s and The Legend of Heroes’ elongated, engrossing and encapsulating legacy. One of gaming’s most prolific franchises, with an arc that’s indescribably entertaining from start to finish. I was astounded by achieving the end goal of this 100+ hour experience, but upon its completion, a flurry of emotions rushed to my senses, leaving me a wreck. I was elated to complete my journey through this arc, but was saddened at the thought of it all coming to an end. A relatable connection made in each character’s resolve, and the will to persevere. A determinable outcome, but a parable that exceeds legend. A must play for the JRPG devout.

Trek across beaches, the desert, and even a volcano in the latest entry into the long-running Harvest Moon series! The Harvest Goddess has gone missing, and it’s up to you to help bring her back! Along the way, you’ll come across cows, sheep, and camels.

Story
10
Gameplay
9
Presentation
8
Sound
9
9
Supplied by the publisher, for our review.
Windows Playstation 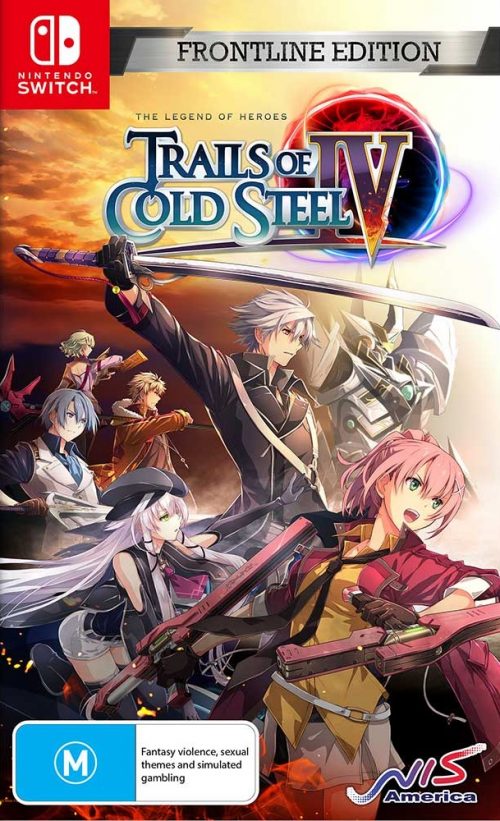 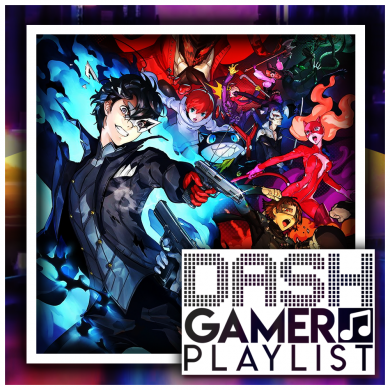