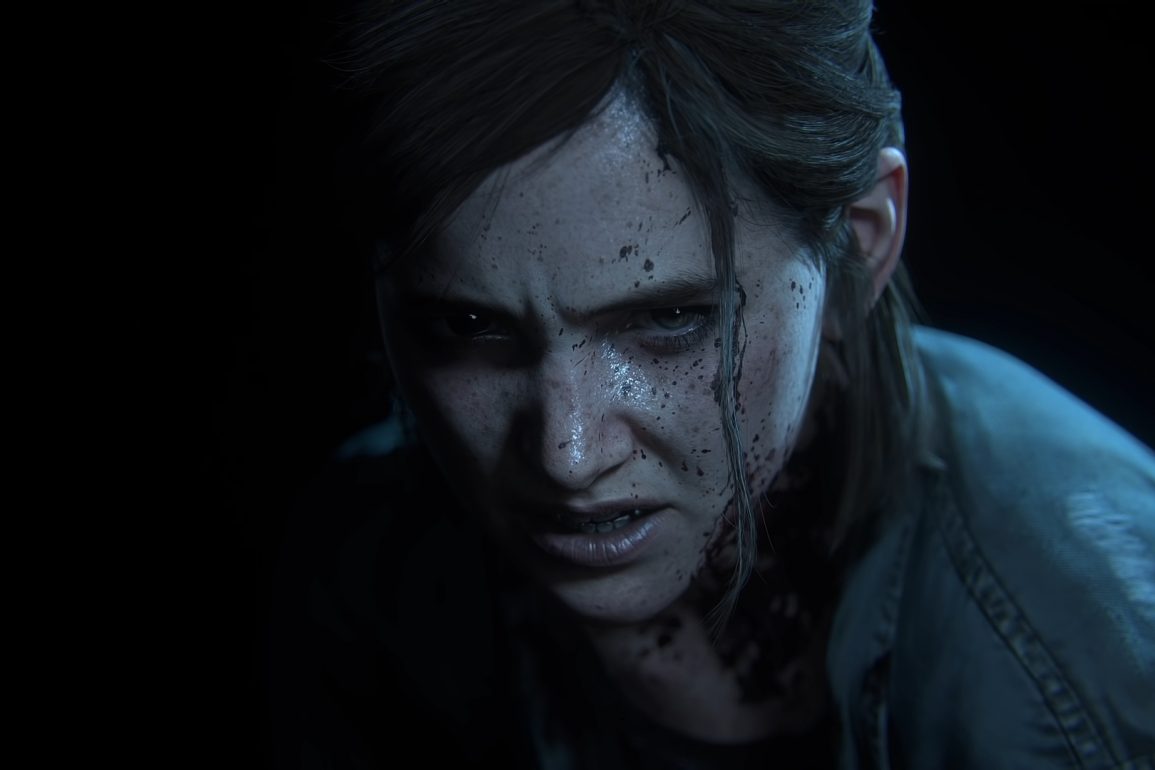 The best game on PlayStation. Period.

It’s been seven long years since Ellie and Joel’s epic journey across America catapulted Naughty Dog to the very top of storytelling in gaming. The brave move into more mature themes paid off in spades with some of the best moment to moment combat and tense presentation gamers had ever experienced.

Frankly, there is little doubt that 2013’s blockbuster was the very best single player experience ever released on PlayStation. Following on from the original, Naughty Dog hasn’t just beaten all expectations with The Last of Us Part II (TLOU2), it’s taken the story in a bold, perhaps even divisive direction that consistently surprises throughout its roughly 20-hour campaign.

It’s also a gruesome, uncomfortable and thought-provoking experience that pushes adult themes rarely seen to this degree in videogames. Culminating in one final moment that made me question certain aspects of characters I had grown to love, TLOU2 delivers a narrative that few will expect (spoilers aside).

Five years have passed since the events of the original game. Ellie, now 19, is the same complicated yet loveable character you remember but you quickly notice the signs of her emotional instability. Joel is back and carries the weight of his decisions from the end of the last game but remains unchanged in it being the right thing to do.  There is a high degree of tension between Ellie and Joel from the outset, unanswered questions from the ending of the last game linger in Ellie’s mind while Joel remains the typical protector at all costs, refusing to even talk about why he didn’t leave her in that hospital last time round.

Tommy is also back for another stint, standing by his brother Joel and also maintaining a key sense of duty to protect Ellie. The safe surroundings of Jackson introduce us to several new characters early in the game. Namely, new friend and growing love interest Dina who rides alongside Ellie on a day of patrol in the snow. The connection between the two is noticeable from the outset, presenting a truly innocent fledgling love story that is frequent during the early events in the game.

There is also Jesse, former boyfriend of Dina who in almost every way is one of the most chilled out characters despite the challenging moments he finds himself in along the way. We then meet Abby. And yes, as it turns out, Abby is that female character fans first saw during the second teaser trailer for the game back in 2017. Abby’s part in the story emerges very early on, and without giving spoilers away, she becomes an integral part of the overall campaign. Abby’s motivations are complicated and she is far from the typical one-dimensional part of the story to serve Ellie’s wider journey that many may want. Alongside Abby, there is Owen and several other characters connected to the Washington Liberation Front (WLF), otherwise known as the Wolfs, who form one of the core groups of adversaries Ellie faces throughout TLOU2.

A Bloodbath In Seattle…

Day one in Jackson ends in a shocking moment that sets in motion an uncomfortable story of revenge. Chasing vengeance, you arrive in Seattle which serves as the major backdrop for the game. Seattle really is a beautiful and detailed world that Naughty Dog wants you to get lost in, gameplay actively encourages exploration in between its incredible combat. My only complaint is the rain… it honestly never stops raining in this city!

There are large open areas with tall grass to hide in, abandoned houses to ransack, moss overgrown skyscrapers, broken highways, rivers with floating bits of old cardboard, and the occasional human remains rotting away in corners with an infected nearby makes for the most vividly grim and detailed world Naughty Dog has ever created. Resources are everywhere and there are also more collectibles in TLOU2, including old magazines and letters which tell informative stories about the lives, interests and challenges of people who lived in this world prior to everything falling apart.

The infected are back roaming the land with new incarnations, all of which more terrifying than the next. Runners, clickers, stalkers, bloaters and the new shambler present infected enemies that are smarter, faster and more of a handful to deal with than the last game. Like in the original, killing infected in TLOU2 always feels like a painful but necessary experience in order to survive. The gargles, screams and howling when you shoot dead a clicker for instance never failed to send a great deal of both dread and fear down my spine during gameplay. The third major group of enemies are the Seraphites, known by the WLF as Scars. A religious cult who communicate primarily through whistling, the Seraphites primarily use bows and melee weapons in combat and believe that the terrible events that impact the world of TLOU2 are a result of human sin.

The Last of Us Part II takes itself in a direction that not many will expect.

In between the horror, a tactical stealth approach is always required to mastering infected enemies and another real strength of combat in TLOU2 is how the same approach applies to human enemies. As a player, you’ve got to make decisions before getting into combat about the best way of going about it. Taking your time and working down singular enemies through stealth rather than going in all guns blazing is almost always the better approach, and toward the latter end of the game, that also becomes a real but important challenge because many waves of enemies are often lurking just out of site. Couple that with minimal amounts of ammo at all times, combat in TLOU2 is full of the same tension and tactical thinking that made the original so good and every aspect of this is improved.

Whether it be just a handful of enemies or several groups, I found myself coming out of every moment of combat in TLOU2 feeling that I’d had to call on all my skills as a gamer which provided an immense sense of satisfaction that left me feeling excited and equally terrified about the next encounter. All this is presented with a minimal UI not too dissimilar from the original, new weapons and crafting abilities, plus stunning its visuals that push the PS4 Pro to its absolute limits with open world environments built into a traditional linear level design that packs some of the best audio in gaming.

The Last of Us Part II Is Not What You Expect… Or Is It?

Many might have the expectation of coming into this game and continuing the adventures of Ellie and Joel. At least, if you’ve managed to avoid any of the leaks at least. Nothing could be further than the truth. The Last of Us Part II takes itself in a direction that not many will expect. This is a game about tribalism, love, the inability to let go of hate and revenge going too far. TLOU2 shows the characters that fans of this franchise have come to love in a different, imperfect, and at times, deeply unlikeable way. Everything is more mature this time round, except for the motivations of some of the key characters.

When I finished the game the night before writing this review, my thoughts and feelings toward Ellie, Joel and all the other characters had changed so much from when I first started that a few of them were barely recognizable. I totally got why Ellie, as an example, is the vengeful 19-year old she is, I just questioned her ability to see past it at any moment for the greater good of those around her. Ellie is incapable of listening to reason for a lot of this game, and as you’re forced to take her through that journey, you’ll often wonder what she expects to get out of it all.

I sense that this was a very deliberate tactic by the storytellers at Naughty Dog. Back in the day, game director Neil Druckmman was very clear that TLOU2 acts as the second part, not altogether a sequel, and I know why now. TLOU2 is an experience that feels like the second part of its original. Within that is the unexpected. Is this person really who I thought they were? Is the group I am fighting alongside capable of any empathy? Are the enemies in our way truly all bad and worthy of the slaughter?

Those were just some of the questions I had myself when playing through, and not all of them were answered by the end either. Simply put, TLOU2 is all about tension and different gamers will react differently to the events taking place when they finally get their hands on it. It should be a game that is talked about, it’s graphic and deliberate violence coupled with a primarily female cast will surely divide opinion about the bigger messages behind the story.

What cannot be denied is that TLOU2 wraps all this up in an utterly fantastic gaming experience that can, and should be played in a multitude of different ways. By far the best PS4 exclusive, TLOU2 is a memorable and uncomfortable adventure that you simply must play to understand why it’s so annoyingly good.

Michael Pulman is a freelance sports, tech and videogames journalist based in Hamilton, New Zealand.

The Last of Us Part II is an upcoming action-adventure game developed by Naughty Dog and published by Sony Interactive Entertainment for the PlayStation 4.

A code was supplied by PlayStation NZ, for our review. 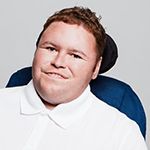 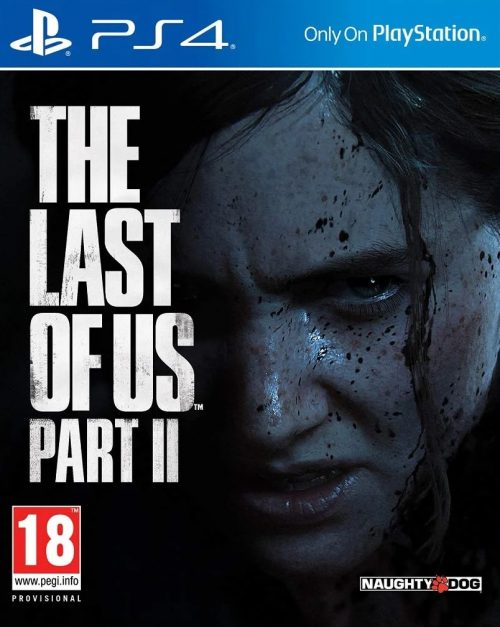 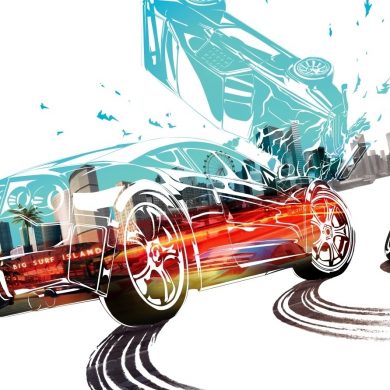