That Time I Got Reincarnated as a Slime Anime Review

❌Pacing can seem off at the beginning but picks up after the first few episodes.

Reincarnation has always been a fascinating philosophy. I grew up believing I was reincarnated, with memories my own past-life. The term itself gives those who believe in the phenomena, some hope in life after death. Sure, every culture has their own belief of what comes after, but is it possible for our conscience to be reborn again? The Isekai genre is a prominent example of the aforementioned circumstance, taking an existing being in the real world and placing them in an alternate reality. The most popular Japanese animated feature to display this was Hayao Miyazaki’s 2001 cult classic, Spirited Away. There are many a franchise that have dabbled within this space, but none that come close to the magic that That time I got Reincarnated as a Slime (Tensura). The sheer quality presented throughout the entire season displays a quality, generally seen in feature length Japanese animated films. Its outstanding presentation from the onset made me aware that I was in for something special.

Slime’s are quite popular within Japanese culture, due to Dragon Quest fame and its conceptual design by legendary Japanese animator, Akira Toriyama. There’s no doubt that the series draws heavy inspiration from the cute and bubbly abstract present within the video game franchise. However, givien its own integral narrative towards its protagonist, and his shape-shifting ways, Tensura’s take on such a historic mascot made for quite the intriguing tale. With a catalogue of paperback adaptations, the animated series had unlimited resources to convey. Initially serialised and published as a web novel in 2013, Tensei Shitara Suraimu Datta Kun garnered massive acclaim, and was fast tracked by 2015 to begin publication as its own Manga series with Japan’s largest Shonen publication, the Weekly Shonen Jump. After a flurry of singular Mangaka publications and sequels, the franchise was greenlit for its own Anime television series, and by October of 2018, Japanese animation studio Eight Bit, announced they were set to produce its animated adaptation with well renowned animator, Yasuhito Kikuchi directing the series.

With my own personal library littered in Isekai Anime, I was immediately able to gauge Tensura’s primary category, easily comparing them to the best the genre has to offer. Sword Art Online, No Game No Life, The Rising of the Shield Hero, and particularly similar in presentation to this series, Konosuba: God’s Blessing on This Wonderful World. With the aforementioned series carrying their own legacy’s, and to correlate with such high standards speaks volumes to Tensura’s overall demonstration of quality animation, its incredible narrative, and lovable cast of quirky characters. Sure the insanity of an Isekai isn’t for everyone, however its imaginative appeal stimulates its flexibility, allowing for taut moments of intense action and pacing, or the hilarity that ensues in its comical timing. Magical would be the perfect term to represent the overall charm the series exudes. Its will to remove you – the viewer – from reality, boldly demonstrates a benchmark in Isekai animation.

Our story begins in present day with 37 year old Satoru Mikami, a single, middle aged general contractor who had been left heartbroken by his last girlfriend. With Filial Duties placed on his unreliable older brother, Mikami raised himself into the man he became. Mikami’s ambitions were to lead his life as a regular working class guy, find a wife, and have a happy family. Unfortunately for our supposed protagonist, he dies a noble death within minutes of the first episode. Protecting close friend Tamura, a junior of the same firm Mikami works for, Mikami is fatally stabbed in broad daylight. In his final moments, Mikami begrudgingly repudiate’s his impending death acknowledging that his final moments in utter disbelief. His dying words were instructions to his rookie confidant, wishing for Tamura to destroy his home PC’s hard drive. Yes the man’s dying plea was to destroy his pornography collection; utterly hilarious.

Drifting from his bodily form, Mikami meets his untimely death. His sub-conscious takes him on a journey through a myriad of timelines and universes. While awaiting his end, Mikami’s unaware of his psyche’s impact towards his rebirth. With each attribute he wishes to have attained, a mysterious voice programs and applies to his reincarnated form. Believing he was once a “Great Sage”, the spiritual figure morphs him into a mucilaginous state, that resembles a blue gooey droplet. Waking in a mysterious cave, he realises that he is no longer human, but of a completely different form. Testing his abilities, Mikami inherit’s the skill to absorb and analyse objects with his body and mimic their abilities. In addition, he is able to collect and craft objects, including medicines from devoured plants. Possessing a predatory like talent, he harnesses the ability to sense danger in his surroundings.

In another tribute to the Dragon Quest franchise, the first character our gelatinous guardian meets is Veldora, a Demon Lord Dragon who had been imprisoned for 300 years within the confines of the cave. With Mikami befriending the scaly creature, the two strike a deal to release Veldora on the conditions of the mystical being bestowing Mikami the ability of sight. The deal between tho two had the conditions of visitation and allegiance. In somewhat disbelief, Mikami questions Veldora’s motives but he simply responds with boredom being his muse. While still trapped in the cave, the two engage in training, with both Veldora and the Great Sage schooling their apprentice in his new abilities. Deeming himself ready, Mikami leaves the cave ready for his adventure, with hopes of returning to the cave and freeing Veldora. Mikami’s motivation to lead his life as a Slime tends to garner the attention of many friends and foes along his journey.

Re-establishing his life form, Mikami carries his many respectable traits from his former life including his working-class qualities, individualism, generosity and consideration to others before himself, and the unfortunate one, his fetishes. Yes, you can’t begin the series with a pornography joke without some fanservice and Tensura sure does implement some idiosyncrasies within our beryl bracing combatant, but I will leave those details for your imagination. Along his adventure, Mikami meets with The Octogram; The Eight-Star Demon Lords who he joins and adapts his re-incarnated name “Rimuru Tempest” after their home town Rimuru City. Banded together to abolish any oncoming dangers, the group share the pact of sanctity between them, but also the promise of treachery being the ultimate treason. If any were to turn on eachother, it would disband the group and ultimately lead to each of their demise. Quite the bleak bethrotal.

That time I got Reincarnated as a Slime presents the total package in over presentation. Its quality display of high end background renderings, forefront animation, proves it to be essential viewing alone. With the addition of its critically acclaimed narrative, its encapsulates an Isekai fantasy like no other. Adorned by its capability to engage me with its lovable cast, hilarious angles and intense moments I knew that I was experiencing a novel piece of Japanese animation. For something as great as Tensura to be serialised is astounding. I can’t begin to praise the series enough. Its demonstration of feature film-like qualities are a rarity that places it above many fantasy-adventure title’s available. Shonen series are consistently in high demand, and are produced in a fast-tracked capacity that seem to overlook quality in favour of delivering quantity. Sure, they have excellent narrative’s but lacking in animation hurts reputation, especially for established franchises.

Each character designated with their own personality and quirks are substantially identified; it truly is special when animators take their passion to the next level. The splendor of gauging an poignant response from a blob is majestic. To have an emotional connection to what would be an inanimate object in reality, is exalting in a very promising way. It grandstands the passion behind Eight Bit’s brilliance, in translating Taiki Kawakami’s conceptual artwork.

That Time I got Reincarnated as a Slime is a breathe of fresh air. To see an established Shonen-Mangaka get the royal treatment, with its bold display of vibrancy and flair is astonishing.

Each character designated with their own personality and quirks are substantially identified; it truly is special when animators take their passion to the next level. The splendor of gauging a poignant response from a blob is majestic. To have an emotional connection to what would be an inanimate object in reality, is exalting in a very promising way. It grandstands the dedication and eagerness of Eight Bit’s brilliance, in translating Taiki Kawakami’s conceptual artwork. Backed by an incredible cast of voice actors that bring each character to life, we’re treated to the amazing range of Brittney Karbowski (Food Wars!, Chio’s School Road) who portrays our purified protagonist, Mallorie Rodak (Fairy Tale, One Piece), Dawn M. Bennett (Zombie Land Saga, Keijo!!!!!!!), Chris Rager (Dragon Ball Z, Pop Team Epic), and the talented Brittany Lauda (Dr. Stone, Darling in the FranXX). This is just the tip of the ice-berg in the plethora of voice talent that appear within each episode of the series.

Takuma Terashima’s “Nameless Story” translates the series’ pacing perfectly, with a solid rock-pop track that enriches the magical environment and summarises the entire experience with buoyancy. Elements Garden compose the season’s official soundtrack with an uncommon spin on the standard fantasy contemporary we have been exposed to in the past. It presents a unique aura which suggests authenticity and a deviation from the industry standard. I’ve listened to the soundtrack twice over, and was almost baffled by its parallels in tone that match a Japanese Role-Playing game. It’s quite an roseate experience.

That Time I got Reincarnated as a Slime is a must watch. It is an inspirational tale of redemption, retribution, heartache and triumph. Each cliffhanger delivers on a promise to go above and beyond each prior experience that may have had you already engaged in its sublime story telling, and vibrant visuals. The fluidity presented in its sheer brilliance and benchmark production makes for a level of animation that compares to a legacy like “Yuri on Ice”. There are many comparisons that could be made to sister-series within its uncanny genre, but the exceptional display of boundless imagination Tensura beholds is an extraordinary feat. I’m so glad that I was able to follow this journey from start to finish, sympathising with each of our hero’s and their own acumen. Motives and interpretation are an interesting birthmark within human nature. We all strive towards a goal in the end, and it’s funny how we can carelessly neglect or disregard these traits.

That Time I got Reincarnated as a Slime is an impressive example of wondrous story telling, that will most certainly elevate your spirits.

That Time I Got Reincarnated as a Slime also known as TenSura or Slime Isekai is a Japanese fantasy light novel series written by Fuse, and illustrated by Mitz Vah. It was serialized online on the user-generated novel publishing website Shōsetsuka ni Narō. 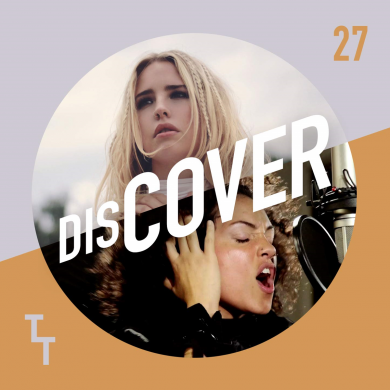 Take My Tone #27: disCOVER – LAUREL vs BRASS AGAINST