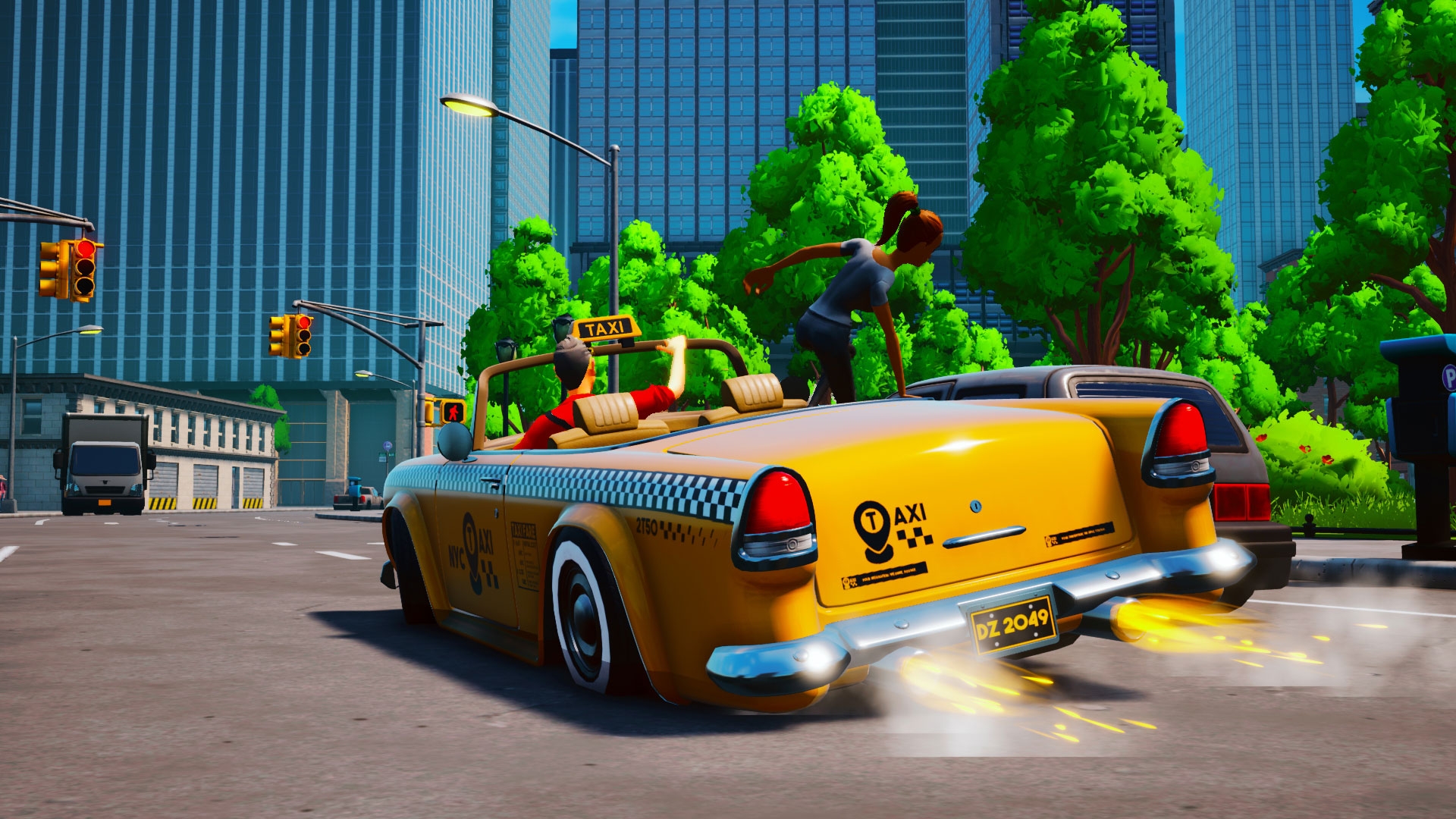 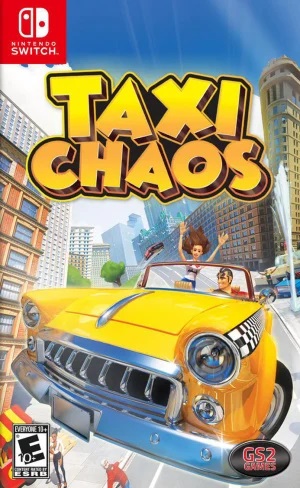 If there was ever a franchise that had an undying reach for its arcade like gameplay loop, palpable excitement and a soundtrack that defined an entire generation, it would be the all-time SEGA cult classic, Crazy Taxi. The mismatch and rambunctious quirks of dialling through a band of miscreant cab drivers, in a bustling cityscape hoping to make a quick buck by performing stunt work and carelessly crashing through traffic in hopes of transporting civilians from one end of this fictional city to the other. The rush delivered through its well paved path, the melding of punk rock and its expeditious pacing all made for a manifestation of maniacal mayhem. It solidified itself as one of gaming’s greatest achievements through accessibility, and its simplistic formula with light touches of comical exposition.

The franchise saw its fair share of sequels that came soon after, but could never quite obtain the acclaim its initial entry garnered. A series of clones inspired by the title would make their way to console and mobile for years, which would try their hand at recreating the lightning in the bottle effect that Crazy Taxi had on its devout audience. Unfortunately Taxi Chaos falls in line with this notion, as it bears a striking resemblance to the Hitmaker racer, but doesn’t quite stack up to its zany gameplay, architectural design, and most importantly the overture attached. While the Japanese development studio were able to dial-it to 11, crank it into fifth and smash through multiple barriers, Team6’s spiritual successor stalls its cold engine, and parks itself upon a curb of disappointment that can’t quite measure up to the awe inspiring score attack, great.

The moment you boot into the main menu, Taxi Chaos’ contrasts itself from the beaming yellow bill that boasts itself from Crazy Taxi to a cumbersome, tone deaf azure that is accompanied by what I can only describe as elevator music that is on repeat throughout the entire game. The cheap imitation is heightened by the low resolution vectors that represent each menu option, plus the character select screen, where you may select one-of-two characters. For the life of me, I cannot recall their names but the title was so barebones that you may as well refer to them as “boy” or “girl”. No crazy commentator to tell you to pick a car and driver, no B.D. Joe clone to incite some fun, just a thoughtless disarrangement of choice that is simply patchwork to string you to the mainframe of Taxi Chaos’ in-game experience.

While it may satiate the urge to dive back into the wild environment that had gamers enamoured for generations, it will only fulfil a temptation for a short period, while becoming a quick afterthought.

The copy-paste effect does come to light after some time circling around this make-believe town, and the short stints of carrying passengers can come off quite fruitless. Conversations feel forced without any option to turn these off, but the option to kick them out of the car is a sneaky addition although, counterproductive to your total earnings. Ranked on your timely manner and service, you will receive a rating out of five stars, a payment to the fare, a tip and bonus seconds added to the round. Unlike the sliding slopes of the fictional San Fran-inspired streets in Crazy Taxi, the straight and narrow streets are unclad and stripped of anything lively other than a light seasoning of assorted vehicles that are easily avoided with the cab’s jump mechanic. The familiarities are easy to grasp; you land within a customer’s circumference and accept their request.

Holding down on the accelerator and brake will charge a turbo boost while landing a patron to help minimise slow down. Each potential passenger’s range is represented by the colour of their marker that floats above them while they wait for pick-up. A green icon indicates an easy ride while a red will send you for a long trip on short notice. The arrow placed above the cab acts as your navigator, steering your driver towards the passenger’s desired destination. I found it to be a little finnicky at times, purposely diverting me into side streets elongating my trek, rather than pointing to the fastest route. In turn, this bottlenecks each escapade while cloaking it for longer paths. Crashing through mailboxes and destroying town property, the nonchalant response of each commuter is quite bizarre. The omission for concern or safety makes for ho-hum action.

Way down the line...

✔️Strives to recapture the magic of SEGA’s cult classic.

✔️Original/notable concepts that separate it from its inspiration.

❌A dull cityscape with zero liveliness.

The delight of being bereded by people for their welfare while wildly diving off rooftops, and racing off rampways bought excitement and joy that helped escalate Crazy Taxi’s overall disposition. Taxi Chaos’ personality projects a range of features that are predominantly at their peak in SEGA’s original. The issue solely lies in the title’s overbearing desire in wanting to grasp that brass ring in casual gaming, but it just doesn’t. You can’t force this kind of gameplay loop on the consumer expecting it to be accepted, it’s a natural progression that unfolds with a rare formula that can’t be imitated. I will make note of Team6’s effort to include a Freeroam mode, something I so desired from Crazy Taxi. An unlimited grind to rack up as much cash as possible, and rank atop the worldwide leaderboards.

Worth it? Not really. Pro Mode is pretty much arcade with some caveats and elevated difficulty, but nothing that makes the respective feature a major attraction. The repetitive beat that mocks you as you scurry through the small town becomes an annoyance after a couple of hours on a non-stop loop. A lack of variety in the game’s soundtrack is a major issue, and one that I’m befuddled by. If Team6 were truly looking to recapture SEGA’s glory, then an upbeat punk rock soundtrack would have helped the entire experience tremendously. Thus, we’re treated to the tasteless beats of non-licensed tunes found in the elevator of your local mall, or the backing track of an audio-book.

With SEGA and esteemed colleagues of the Crazy Taxi franchise overseeing development of Taxi Chaos, I’m in complete disbelief at how bland this game is. It consists of all key ingredients incorporated in Crazy Taxi, but omits imperative aesthetics that created a foundation for its legacy. There’s heart here, but not enough to sustain it for a lengthy period. Taxi Chaos does everything to achieve glory, but demonstrates an original concept from a poor perspective. A dire need to ascertain clout through cheap imitations, but flattering no one. While it may satiate the urge to dive back into the wild environment that had gamers enamoured for generations, it will only fulfil a temptation for a short period, while becoming a quick afterthought. The best thing to do her is to dust off that ol’ console (whether it be the Dreamcast of PS2), bust out that scratched up copy of Crazy Taxi, crank the volume, and belt out some Offspring and Bad Religion while darting down the highway.

Taxi Chaos is a casual arcade racing game where you select one of a wide range of unlockable cabs, each of whom has different attributes: the strong muscle car, the superfast exotic supercar, the corner-drifting Japanese tuner, an American classic from the ’60s.

Gameplay
5
Presentation
3
Sound
2
3
Supplied by the publisher, for our review.
Xbox Playstation 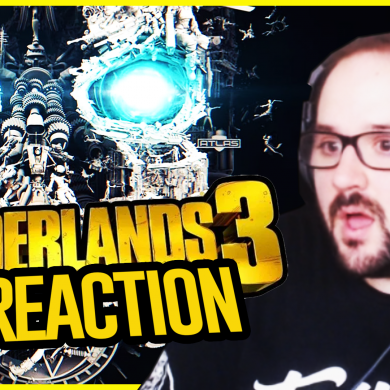