Gameplay is fun, casual and intense.

I have played my fair share of Dragon Ball based fighters in my time. I even own the very first Cartridge based Dragon Ball game that was released on the NES, Dragon Ball: Shenlong no Nazo (released in Europe as Dragon Ball: The Secret of the Dragon). With the phenomenon the Dragon Ball series has become world wide, it would be a surprise to many that the series would turn into a video game, or present itself in numerous genres across the gaming atmosphere. From fighting to turn based RPG combat, now to Card based battles, we now have Goku and his pals battling it out to see who reigns supreme in this unique way to save the universe. However, this is not the first time the Dragon Ball series has released a trading card game, The original Dragon Ball Heroes has grossed over $400USD Million worldwide, making it the number one digital card game in the world. So it comes to no surprise that Bandai would continue to release this widely successful title, and bring it to the hottest console out right now, the Nintendo Switch.

It can be said that CCG (Collectible Card Game) titles, are definitely fit within a niche audience, that can bleed into fans of the turn-based RPG genre. It can be tough to sell these titles in the West, with the market being strong for the fast paced action-adventure genre, namely casual shooters like the Call of Duty franchise. But when it comes to Dragon Ball franchise, no matter the genre, no matter the style of game, fans of the series old and new, will gravitate towards anything they see our macho fighters on the cover of. There are many alternative CCG’s out on the market for gamers to get their hands on like Hearthstone, Gwent, or even Magic the Gathering, but no other title will present you with your favourite cast of fighters ready to duke it out, in it’s own unique spin of this genre.

The story kicks off with you arriving to Hero Town, wanting to become the ultimate Dragon Ball Heroes player, but you encounter fighters from the game invading earth forcing you into combat. Let the battle to save Earth Begin. In terms of gameplay, they are quite simple but don’t let that fool you. The board divides itself into four sections, with three sections used to prepare for attack and one for regenerating health. If I could compare this to anything, it’s definitely like watching an episode of Yu-Gi-Oh, or playing an intense game of Gwent, minus the yelling and over-the-top violence which makes this game, just a hilariously great time. If you are a fan of the series, there’s no doubt you will appreciate all the quirky characteristics thrown your way from each character, which is all heavily inspired by the anime series. Subtle throwbacks of scene’s, and quotes from your favourite’s will surely crack a smile here.

Similar titles in the past have had micro transactions built into the game, to ensure more content released for future use. However, this version has been focused on a younger audience, so all unlockable content is released with in-game currency. In terms of UI for the game, booting this up you would expect a simple experience but be warned, you can get a little overwhelmed here if you are not familiar with the general layout of CCG titles. While Dragon Ball titles are known for their over-the-top style UI’s, this title does not differ in anyway. Advice here would be to take it slow, learn each of the game’s mechanics first before diving right in expecting to know everything within the first few hours of playing. It definitely can come off confronting to those new to the Dragon Ball franchise, but not so fresh for those into CCG’s.

Graphically, the game does lack. It’s not the prettiest Dragon Ball title on the market, once again it’s not aiming to be. We’re here for a portable card game, not an action-packed cinematic experience. If you are honestly looking for that, you should probably consider Dragon Ball FighterZ. Doe what you do get though, the game does look great. With the mixture of colourful characters and snazzy UI, the game does look marvelous in your hand. I honestly had a fun time playing this on a road trip recently, and had no qualms from the way the game looked. This once again falls into the “handheld mode” effect, where playing titles like this on a smaller screen, with physical interaction, rather than the TV will distract you from downscaled graphics.

The soundtrack in this game can come off generic, but thankfully not repetitive. Your attention will be given to the gameplay rather than music here. It can get quite cumbersome at times with some of the soundtrack repeating, but not to the point of walking away from the game. Like we’ve seen in the past from many Anime based generic titles, we see a mixture of fast tempo-rock in certain parts of in-game action, and slow tempo-electronica in certain parts of customisation. Traversing through different chapters of the story will change some of the music presented, so you won’t get a repetitive soundtrack through out your time playing, but just note that games like this are understandably limited when coming to a soundtrack selection. They expect you to return and play non-stop.

Super Dragon Ball Heroes: World Mission definitely delivers if you are looking for a chill grind. Something to lay back in your chair, flick on your TV, have your Switch in hand, and casually play a great collectible card game. It also delivers for hardcore players looking for a grinding experience, one for those who love to really get intense with their turn based combat, and love for all the characters across the Dragon Ball universe. The game doesn’t completely deliver if you are looking for an action packed adventure, but this is definitely not what the game is trying to sell, it’s fun for kids to adults, just looking for a good time. 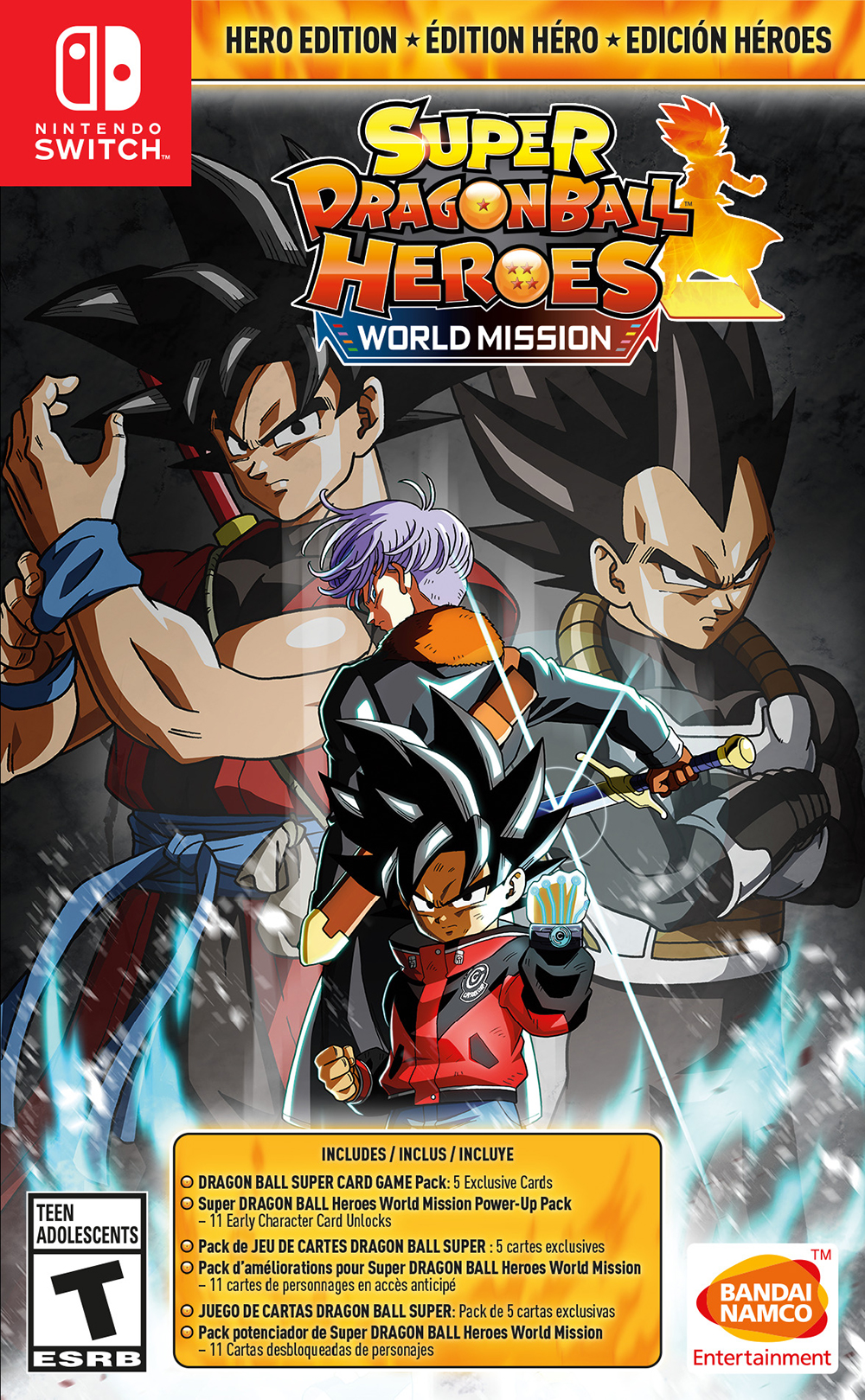 A Review code was supplied by Bandai Namco, for this review.