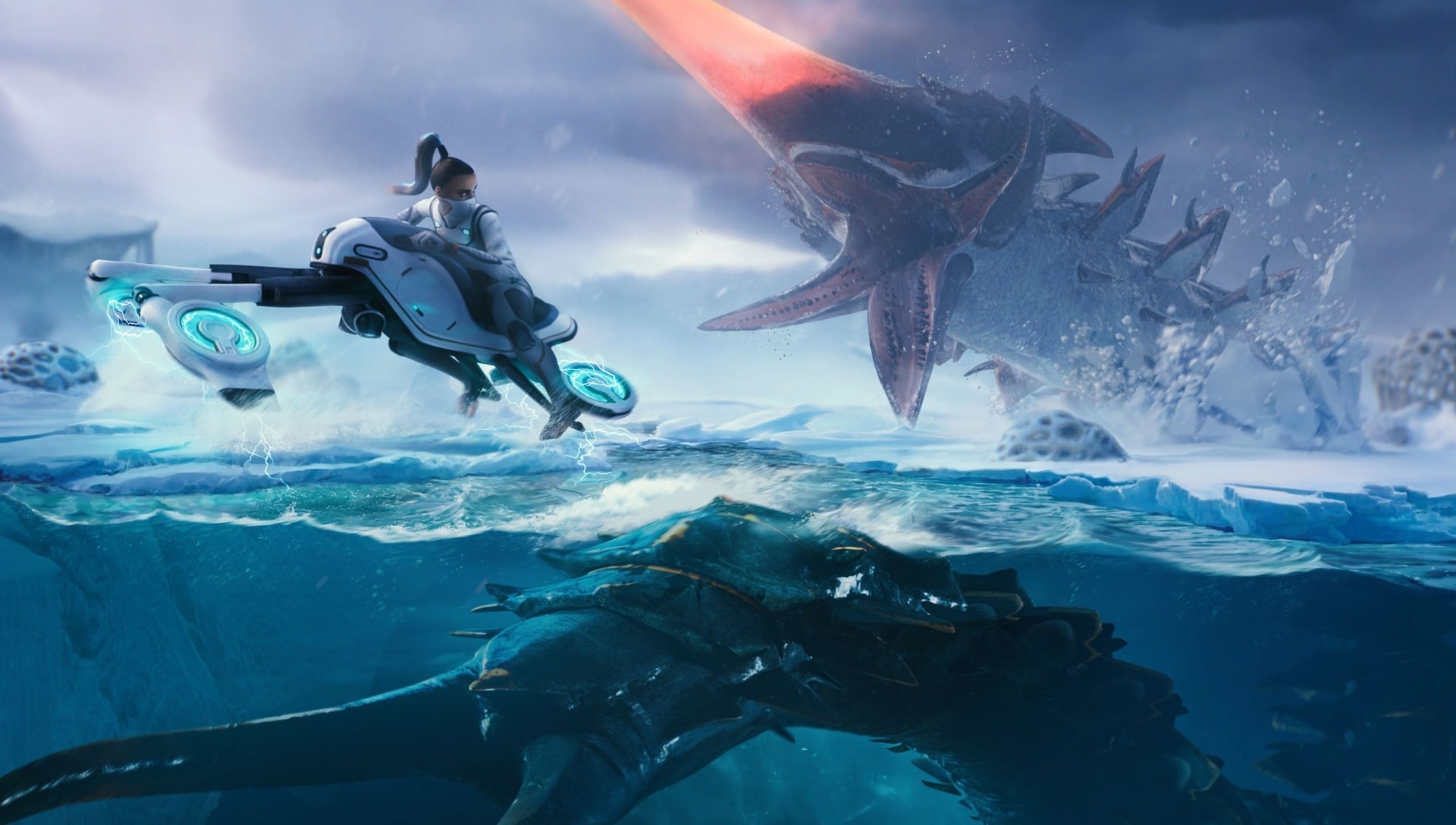 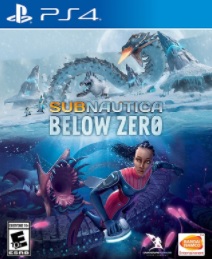 This was unexpected. As someone who never played Subnautica’s primary release, I was immediately taken back by how engrossing its gameplay loop truly is. Subnautica had always been one series that I was keen to dive into, but never found the opportunity or I would simply forget about it. Below Zero has changed this mindset with its astonishing follow-up, and impressive delivery. Motivated by this title alone, I see myself wanting to demo the original, grasping Below Zero’s inherent features that may have been polished and improved upon. Remaining uninitiated and playing through the sequel blind, Subnautica’s fascinating take on first-person exploration within the wintery enclaves of the of an extra-terrestrial landscape had me somewhat intrigued.

In fact, Subnautica’s sequel possesses an encroaching tale of a young scientist on the hunt to solve the mystery of her sister’s untimely demise. A redemption story, brimmed with plot twists and perilous pitfalls. An extraordinary expedition through this frozen wildland manages to enamour the imagination with exemplary traversal mechanics, and astounding areas to analyse. Coined as a open-world survival game, the title habours some role-playing facets that effectively keep you on your toes during moments of suspense. A trove of collectables are scattered around the area for crafting tools, while encounters between our protagonist and alien inhabitants can be daunting, somewhat confronting yet exhilarating. Who knew setting forth on an unworldly escapade to an unknown planet, could be so… cool? See what I did there?

It’s a refreshing change of pace that is surely appreciated. A world that captures remnants of Earth’s Arctic, yet removes its contemporaries in favour of its own nature. It’s hard to explain; the sense of isolation tends to hit hard during the campaign after a few hours in, yet its landscape is crowded. Succumbed with momentary dread after plunging into the deep blue, I had forgone any conclusion that I was playing a conventional, subterranean caper. Half the allure of experiencing 4546B, is through progression points that converge within objectives that coerce the player in taking major risks. Its practical explanation of the games plot, is encased in each sequence while understanding the hazardous conditions, which Alterra associates were met with.

While the narrative hold its strengths, Below Zero’s evolving campaign lures you in its continuity. After crash landing on 4546B during a meteor shower, Xenologist Robin Ayou pursues a personal crusade, after learning her sister Samantha, had unfortunately passed while in action. The company responsible for funding the astronomic expeditions, Alterra, do their best in avoiding responsibility for their research party perishing under unknown circumstances, yet cite “employee negligence” as their reason. After the rogue conglomerate had reconstructed their facilities, and organised numerous research laboratories on 4546B, it mysteriously withdrew all workers – the perfect opportunity to survey Alterra’s motives without having the corporation keeping an eye on the scientist.

Upon her arrival, Robin detects a unexpected distress signal, which leads our hero finding an Alien Facility. The station itself houses a number of digital thumbprints that are able to vocally interact with the Xenoworker, but purposely re-route her to the sanctuary. While the ranger scurries across the frozen peaks, the temperature plummets further with a sudden blizzard storming through. Pellets of snow strike, with the emergence of the re-occurring meteor shower that triggers an avalanche, destroying Alterra’s base. Left with no alternative, Robin dives deep below the freezing cold waters of the unknown terrain, in hopes of a rendezvous with her cohorts. Managing to contact her associate Sam Goodall, the comet storm cuts of communication from base leaving Robin to fend for herself.

Subnautica: Below Zero is without doubt, one of my favourites this year. While it may need a little TLC to spit-shine some minor blemishes, it may very well be an essential.

A life pod is deployed for Robin during the natural disaster, keeping the scientist housed until her supposed rescue. The ship acts as base camp, and sanctuary, while entailing all components needed to craft multiple wares, including food, tools and other supplies. It also gives the player an opportunity to skim through our hero’s Personal Log. You may check this at any time during the game, but your safest bet is within the sanctity of the life pod, without real time elements causing any harm. Each Memo determines developments and campaign advancement, so it’s best to keep an eye on this. A crafting bench is supplied to manifest multiple means of sustenance, including filtered water, cooked hoopfish – which can be caught while schools of the baby aquatics swim by – and of course, a nice warm cup of java to keep you on your toes but also to regulate your body temperature which becomes an imperative attribute during your frozen foray.

✔️A surprising redemption story –  a sister that seeks the truth of her sibling’s untimely demise.

✔️An original world that captures imagination and beauty in its earthly-alien environment.

✔️Realtime strategies, day-night cycle and other features almost make it an action/RPG.

❌Crashed a few times on PS5.

Below Zero’s wonderous features will force the player in maintaining their protagonist’s wellbeing under a plethora of prevalent mechanics, more-so than its engaging wildlife. A day-night cycle will introduce multiple scenarios that could alleviate or be the aggressor in frustrating situations. Blizzards, hail and foggy conditions will blind Robin’s visibility but is slightly aided by utilising the excavator’s flashlight attached to her helmet. Sunny conditions are rare, but are welcome at the risk of hypothermia, which the protagonist is always in danger of developing. You may also avoid the deadly disease by encasing yourself in caves, makeshift sheltering, using tools or plants and crafting gear.

It’s best to keep safe during blustery conditions by completing small, mundane tasks at home base. Whether this be check your diary, crafting new tools, or just resting is purposeful, but the need to venture through the planet’s beauty is insanely enticing enough, but questionable in risking it all. Discovering the imaginative architecture developed, the alien-like design implemented with each earthly inspired sea-urchin that calmly swims by, and deflecting the attacks of ravenous monsters are just the tip of the iceberg. Finding new areas and uncovering hidden gems, and unlockable utilities elevate a sense of overall freedom making 4546B feel like home away from home. If there were any concerns I had late in the game, it was the title’s overbearing UI, with multiple icons appearing all over the screen after pinning assorted venues or vantage points. This can be customised, but does tend to be intrusive at times.

Another troublesome ordeal I was faced with was the title crashing on PlayStation 5. It’s hard to stay captivated and immersed within a title when an untimely crash occurs, and you’re completely taken out of the element. Some polish could be applied there, as well as some texture pop-in that becomes apparent late into the campaign. Subnautica: Below Zero’s aesthetical charm wavers on its ability to continually grasp the attention in its avid showcase, but tends to deviate from exploration to survival in a matter of moments. The anxiety inducing escapade does enthral, but picks at the player’s brain. While its expeditious setting will push you to pillage and plunder through boisterous biomes, it asks for some patience where suited. Entailing great contrast in pacing and tone for telling an incredible story, Below Zero demonstrates a deluge of excitement within its amazing adventure.

Subnautica: Below Zero is unequivocally an essential for those that are looking to extend their unworldly escapades beneath the deep blue. An intoxicating joyride through an original world carved out carefully by the creative minds at Unknown Worlds. An enriching experience, that flows a flexible outlier with four distinct difficulties for those that may want to delve into its lofty 40 hour campaign. Personally, I walk away astonished and confounded in how I had missed this franchise from its humble beginnings and has made me curious as to how compartmentalised other titles of similar ilk may deliver a sensation like this title has. Subnautica: Below Zero is without doubt, one of my favourites this year. While it may need a little TLC to spit-shine some minor blemishes, it may very well be an essential.

Supplied by the publisher, for our review.
Windows Playstation Xbox
0

Subnautica: Below Zero is an open world survival action-adventure video game developed and published by Unknown Worlds Entertainment. It is the sequel to the 2018 game Subnautica. 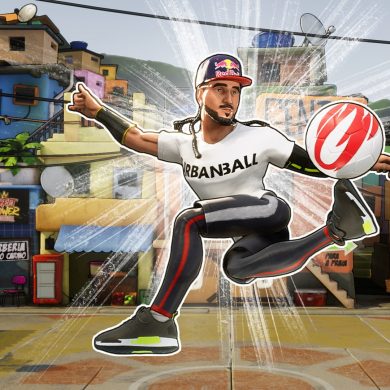