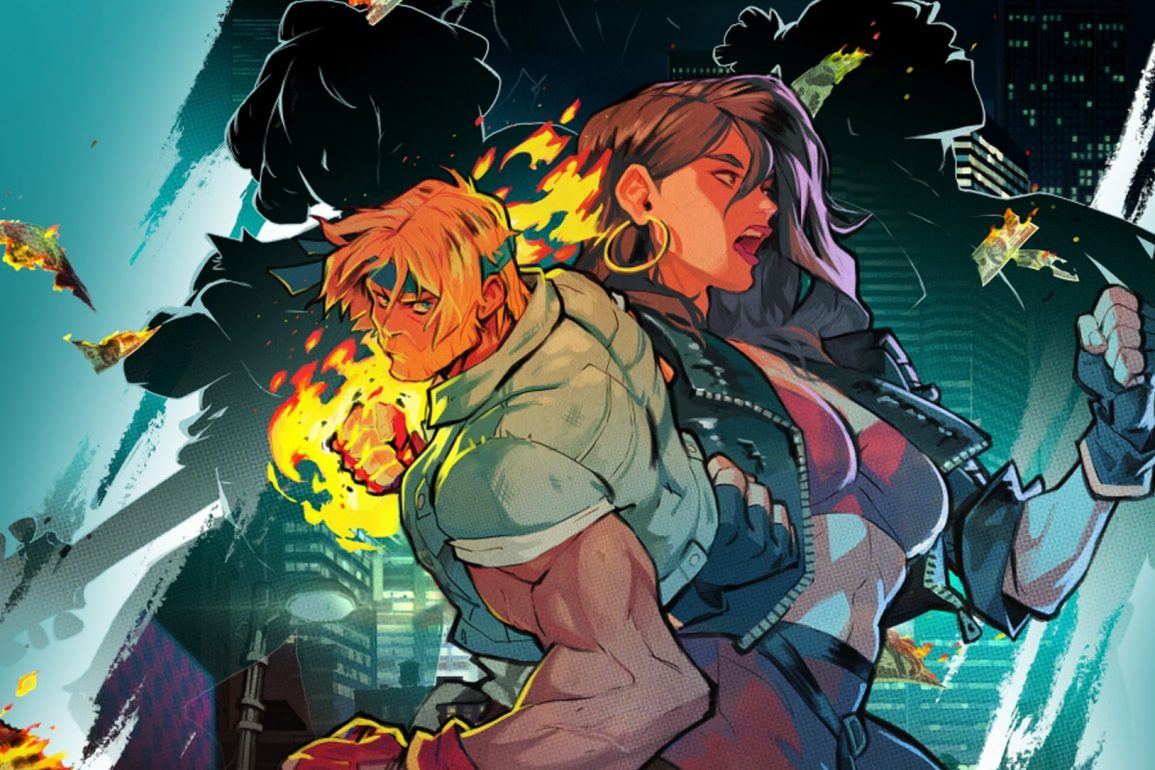 ✔️Sleek and stylish, some of the best animated action in beat ’em up history.
✔️Retro Inspired everything.
✔️Follows up on the history of previous title’s in the SOR franchise.

❌Pacing can be a little off at times.
❌Bosses are a little too easy.

Rage Against the Machine

The Beat ’em up genre has been around the block a number of times throughout its existence in modern gaming, and while the formula has seen its fair share of resuscitation, it’s hard to argue the fact that the category itself leases a perennial placement in gaming. It was only in recent memory we saw the legendary River City series make its comeback, with WayForward’s River City Girls. An incredible entry to its melodramatic yet comical saga, it acknowledges the rich history and impact the franchise had in the video gaming space. In the same vein, Streets of Rage 4 relies heavily on its ingrained benchmark the series set for the Beat ’em Up genre, from the late ’80’s to early 90’s. There is no doubt, the campaign launched behind Streets of Rage 4 has been paired with a set of rose-tinted glasses for its countless devotee’s who adore the fighter, but ultimately does Streets of Rage still meet expectations in 2020? Or has its dated archetype gone past it’s use-by date?

It’s hard to say when you have a game that looks absolutely stunning. Promptly viewing the title from its astonishingly animated opening, I could immediately see a labour of love was put behind the development and that it was set to take me beyond my conjectures. I had my reservations that initially concerned me from the outset, whether the title was attempting to capture the audience with basic nostalgia factor which the original series had perpetuated, or to rediscover the series anew and lightly express the same aura with all new features.
I can positively state that Streets of Rage 4 displays the latter in such mesmerising fashion. There’s always an added layer of polish when characters on-screen are hand crafted and animated by expert illustrators. Streets of Rage 4’s determination in modernising its genre’s presentation stands right at the forefront of the entire experience, with the title’s coalesced gameplay loop re-establishing a solid foundation for the series rebirth.

Laying dormant for 26 Years, Streets of Rage 4 introduces its narrative to entirely new generation. Set a decade after the events of its third entry, we are reunited with an older Axel Stone, now rocking a badass beard along the gorgeous Blaze Fielding. The daring duo set forth on their mission to hunt down the offsprings of Mr. X, the series long-standing antagonist. Presumably, Wood Oak City had finally rid of any chaos and crime thanks to our baddie bashing brawlers, but after a decade of tranquility we are introduced to the Y Twins. With X’s prodigy’s determined to brainwash the entire town, Blaze leaps into action calling on some old friends to clobber their way through the altered population. With a new entry, comes new protagonists, and hell yes are they awesome.

Floyd Iraia, a tenacious, bio-mechanically enhanced brick-house who packs quite the punch, and Cherry Hunter – daughter of original series semi-protagonist Adam Hunter – a lover of heavy metal and rock who’s quick pacing matches her expeditious personality. With Axel and Blaze bringing their traditional physicality that will remind old school players of classic brawler mechanics, there are some slight upgrades made to their arsenal. Many maneuvers that are developed for each individual, carry their own set of particular facets that determine the style you will “main”. While much of its narrative exists within meeting new characters in your exploitative encounters, the story itself won’t deliver a memorable, or groundbreaking plot. Streets of Rage prefers the player to compose their own story, with their combatants clenched clobbers.

While at its core, Streets of Rage encourages the player to engage in battle with each formidable foe that dares challenge your party, you will find it extremely difficult to avoid gazing at the absolute brilliance and beauty behind the title's overall design.

The term “upgrade” is an understatement, if anything an insult to how sharp and vibrant its crisp character and terrain architecture has been carefully constructed. With 12 new levels to trudge through, experiencing the overall “comic” inspired motif that has been applied to the once pixel-perfect prototype is nothing short of fascinating. Add this with the incredibly smooth animations applied to each character and their own unique yet accessible combo system, it truly feel euphoric. While truly an enthralling ride, there is one flaw that I felt could be a minor setback to the appeal of a newer/younger generation of gamers, its pacing.

Understanding the series’ history, and how it established itself as a paced fighter which predominately prides itself in grasping awareness and patience, it could unfortunately be perceived as monotonous to a younger generation of players who are now acclimated with modern beat ’em ups and fighters, that are of rapid nature. Slow and steady may win the race, but Streets of Rage 4’s deceleration may be some cause for concern in lasting appeal. While a singular playthrough is roughly a couple of hours, its hook relies on keeping players vested in its traditional gameplay loop. Obviously drawing inspiration from previous entry’s, its lack of density will come into question for those seeking an experience that contains a broader scope in variation.

Not to discredit DotEmu, and what has been accomplished in its marvelous re-imagining of the adored brawler, Streets of Rage 4’s stellar display of amalgamating classic gameplay with incredible design truly shows a uncommon occurrence in the gaming space.  Its an inspiring attempt to deify our knowledge of games development. Rejuvenating a fleeting group of once-industry standard category’s that are now fenced between antiquated or classic is the equivalent of playing “Gaming development Russian Roulette”. It certainly plays a monumental risk in estimating the reaction of fans who are devoted to an iconic series such as Streets of Rage, however the French developers should be proud of their wonderfully crafted accomplishment and how it has cemented their own legacy within the franchise.

Roaming through the overrun streets and alleyways of Wood Oak City, you will gauge each encounter’s difficulty in its array of antagonists that follow the familiar formula that we have come to love from the beat ’em up genre. Walk up, initiate the encounter, bash the baddie before the baddie beats you, rinse/repeat. While the title’s simple technique delivers on its promise of a traditional brawler, it also displays some special abilities that make it shine even brighter than ever before. Each protagonist comes with their own capabilities, one being the simple chain attack by holding down the action button, in which your character will blast their oncoming opponent with an automated flurry of fury. Each protagonist also has their own unique combo which is fun to experiment with. Landing multiple blows also unlocks the ability to perform a juggling rotation of hits on one, or multiple foes simultaneously.

Tapping down on punch or kick will swiftly land light blows to your enemies, while holding down each action button will charge your protagonist for a heavier hit. While moments of intimidation are present, you will never find the game to be unbalanced. Sure, huge swarms will attempt to execute a surprise attack, but these are all in the theatrics of its entire experience. Be aware of your Health bar, as using special abilities will drain your HP. Collecting Stars will enable you to land mammoth finishers to nearby opponents. With stars being quite sparse across each level, it’s suggested you use these ultimate specials in a time of dire necessity. There are moments of difficulty spikes, but these are only a common theme while playing co-op. Gathering your own crew to take on the mean streets of Wood Oak is a ton of fun. Online enables you to play with up to two additional teammates, while local couch co-op will enable a full party of four.

The entire experience is accompanied by a retro inspired, new synth wave soundtrack that engages a newfound adoration for fans who never had the chance of hearing the original soundtrack of the SEGA Genesis classic. Legendary Video Game Composer Yuzo Koshiro (Kid Icarus: Uprising, Etrian Odyssey, Shenmue, Persona Q) returns to the Streets of Rage franchise, bringing his brilliance that he established in the original trilogy, which has evolved throughout his years in composing music to other Triple-A titles. The entire track list is a true-to-form return to the 1980’s, with some subtle callbacks to its initial entry.

Streets of Rage 4 has re-awoken from its elongated dormancy. In its inspirational comeback to prominence, the beat ’em up brawler has made an admirable effort in reaffirming the genre as a staple of the current gaming climate. While it may remain arguable that the category is niche and will only appeal to a certain minority, the fighter tries its hardest to exceed this notion and effortlessly display a broader variety in hopes of attracting a newer audience to a traditional arcade experience. Yes, it does feel experimental as such to risk its reputation but Street of Rage 4 sits firmly beside its predecessor’s as an instant classic, and one that old school gamers will surely appreciate for years to come.

Streets of Rage 4, known in Japan and Asia as Bare Knuckle IV, is a beat ’em up video game developed by Dotemu, Lizardcube and Guard Crush Games. Released for Nintendo Switch, PlayStation 4, and Xbox One on April 30, 2020 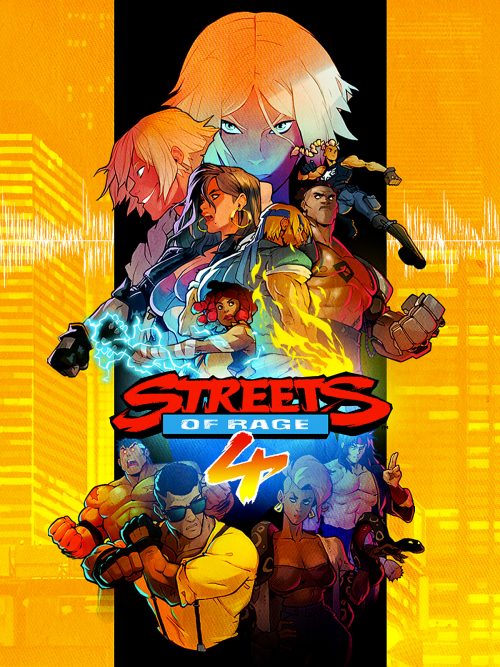 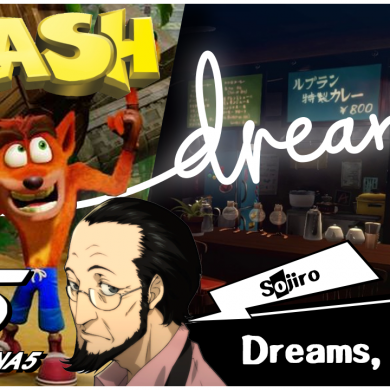