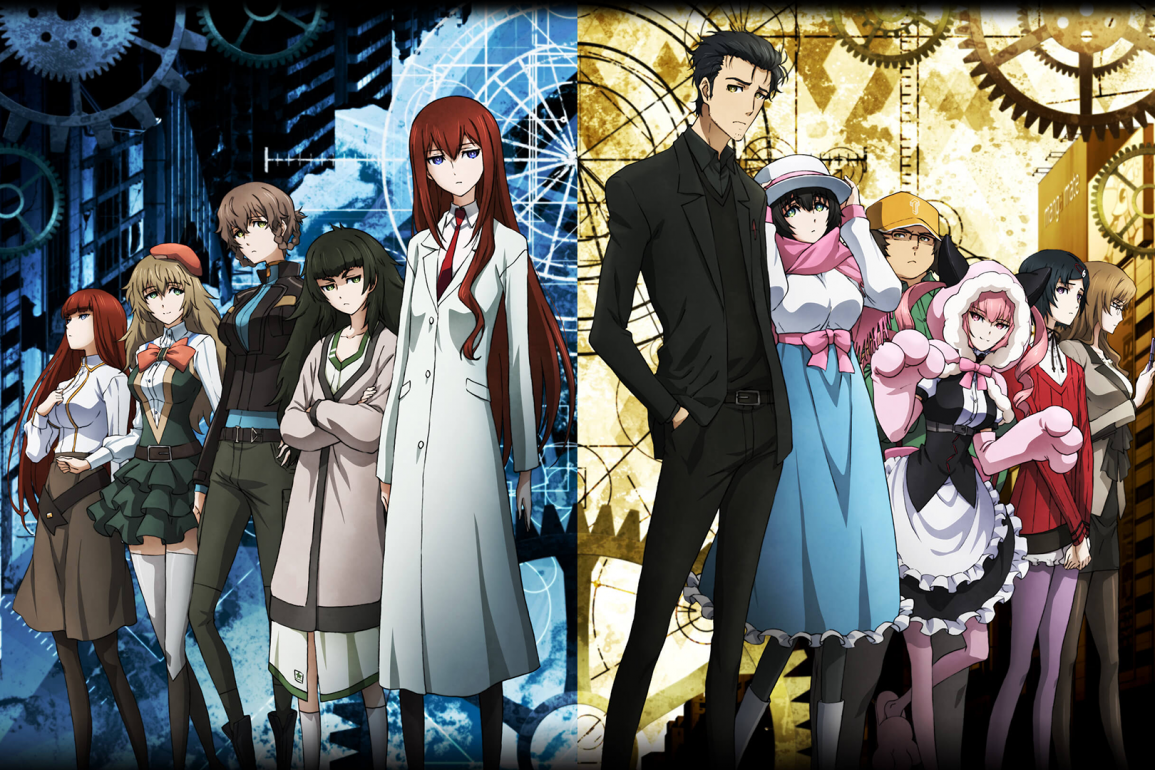 Science! Yes, I did it again. The Steins;Gate Anime franchise ultimately transfixed me once again into the weird world of anime. I had played the original video game on the PlayStation Vita back in it’s release of 2015, and thought it was… okay? But I was never able to completely finish the title. It’s tedious style of “gameplay” never gripped me, as I was not really one for the Visual Novel genre back then. Honestly, we were in the midst of the “Uncharted 4 era”, full of cinematic action style gameplay. So the transition of playing something as intense as an Uncharted title to Steins;Gate was something I could not adjust to at that time. A friend had recommended I check out the first series for Steins;Gate, due to my love of time travel. I’ve always been in the belief that time travel is achievable, but we just haven’t cracked that code yet. An element that is totally missing from all the wonders science has been able to prove. While it has been said that time travel would be achievable, but only with us moving forward with risks of bodily harm, it’s all in a matter of perfecting the science behind this. Sure, we may be a few millennia away from being able to see this come to light, but the way I see it, time travel is something we absolutely will achieve as humans at some point in the lifespan of our species.

What I love about Steins;Gate though, is how it explains the trials, the risks, the misfortune, and heartbreaks we may experience toying with matter. It’s a bold tale that touches on every boundary from friendship, family, love, and the science behind existence. Even the question of parallel universes, and how alternate timelines may exist without us knowing. If you have not seen the original Steins;Gate series, I would highly advise checking that out before advancing through this review, it’s emphatically one of the best anime’s of all time. Now, if you are here reading this review from this point, I am going to assume you have seen the original series, so there may be some minor spoilers for those who have not had a chance to watch yet. You have been warned!

Life has not been easy for Okabe Rintarou, suffering from what seems to be depression and post traumatic stress, from failing to save his love, Makise Kurisu. He tries to accept this fate, and continue life as an ordinary university student, completely dismissing any reference towards his mad scientist gimmick and alias, “Hououin Kyouma”. Drastically changing his appearance, Okabe has rid of his raggedy mad scientist outfit, and dons a darker appearance almost in favour of his despondent and disheartened personality. Doing his best to mask his anxieties, Okabe finds solace in his companionship with Mayuri Shiina, who has encouraged him to seek help after completely abandoning his friends and scientific lifestyle. It has been months since Okabe has visited the Future Gadget Lab, where Daru and his future daughter Suzuha Amane currently reside.

While trying to separate his life from his dreaded past, Okabe is still reminded of his traumatic misfortunes of not only the death of Kurisu, but Mayuri. This is all part of his ability and unique, but flawed gift of “Reading Steiner”, a term used in the series that pertains to Okabe’s ability to retain memories of events that have occurred from alternate timelines. While no other character in series has the ability, there are broken fragments of alternate timelines that seep through memories that are also disembodied to the belief that Déjà vu is actually events that have occurred without experience in the existing timeline. While it had only been short weeks since Okabe had finally stopped practicing the science of time travel, it had been months for everyone since his supposed disappearance. It is revealed that he had later returned to the Beta timeline, where Kurisu had died at the university at the hands of Okabe, ultimately choosing to keep Mayuri alive without further tampering with time.

While only keeping contact with Mayuri during this time to ensure her safety, Okabe had failed to stay in touch with other correspondents, completely dissociating himself from his former life. Trying his best to avoid his past, he’s convinced by “Mayushii” to face his potential fears of returning to the Lab. Greeted with a luke-warm reception from Daru, Okabe seemingly returns to only ensure that the “PhoneWave” (a microwave with a mobile phone attached, modified to send messages and objects through time) had been destroyed. While reaffirming the PhoneWave’s destruction, Suzuha tries her best to convince her “Uncle” to help stop the potential of a world war from taking place. Okabe continuously denies her request due to his sheer trauma, but explains to him that she will fulfill her destiny to ensure humanity’s safety from the potential risks of anarchy, with or without Okabe’s help. Okabe pleads Suzuha, to leave him be and to leave time as it is, as modifying the timeline has only bought pain and emotional turmoil for himself.

While working with the university, Okabe meets with Maho Hiyajo, a member of the Brain institute, who mastermind’s the A.I. project, Amadeus alongside American scientist, Alexis Leskinen. Amadeus is based on a thesis by Kurisu, born from the idea of converting human memories into digital data. After the project becomes public during a lecture at the university, it comes to light that much of the data written had been adapted in the Future Gadget Lab’s relative theory of Time Travel, all hearkening towards similarities between Neuro-Science and Okabe’s ability to Read Steiner. It comes to pass that while a “build” of Amadeus displays an A.I. version of Hiyajo, totally competent of passing on all data lifted from her memories, with delivery of human emotion, intelligence, and response time, it’s later revealed that there was a beta build kept private. This all leads to Okabe reuniting with Kurisu, though her memories are backed up to a certain date and time, so she has no recollection of ever meeting Okabe. This in turn exasperates Okabe’s anxieties, due to Kurisu’s knowledge of Time Travel.

Now, the story itself definitely holds up as a true sequel to the first series of the anime adaption. While the first season ended on a positive note, Steins;Gate 0 twists the story, and continues the perilous trials of Okabe’s troubled experimentation. Not able to save Kurisu, the franchise takes the original plot-line and turns on it’s head, leading a brand new path that see’s the world take a turn for the worse. It rings true to the magnificence of science, and how anyone with power could ultimately destroy all matter with the unimaginable ability to change anything at their will. Steins;Gate is more than a sci-fi anime, it’s a precautionary to science, that we all could fall at our own hands if we continue to trial the very existence of matter. We have seen it displayed in many television series and films, none better than the Back to Future Franchise, which ultimately inspired this series.

In presentation, you could see there was improvement over the original series. The Animation definitely resonates much of it’s predecessor, down it’s bleak tones, artistic background renderings, and creative character designs. Steins;Gate 0 changes a few aesthetics to identify itself as a separate series to the original, while adapting much of the story over. It explains itself perfectly, ensuring viewers of the new series that while many of the events that take place in the first season do not exactly add up within it’s sequels timeline, the events that occur within Steins;Gate 0 have no impact on the circumstances that occurred in Steins;Gate, identifying itself as it’s own story and plotline. We’re treated to the same cast and crew from the first season here as well, with J. Michael Tatum reprising his role as Okabe, Trina Nishimura as Kurisu, and Tyson Rineheart as Daru. Ashly Burch reprises her role as Mayuri up until Episode 15, where due to ongoing commitments had to leave the show, decisively handing the role to the talented Megan Shipman, who does an absolutely tremendous job nailing Mayuri’s characteristics, making it her own.

Throughout the series, there are subtle callbacks to the visual novel, and the first season. We see snippets of scenes that are related flashbacks and mentions, that bridge the two timelines, to sync it’s story explanation perfectly. While scenes like this occur, we’re treated to some great renditions of the original soundtrack heard in the video game. Gate of Steiner hearkens back to the source material with it’s acoustic rendition occasionally placed within emotional moments, while “Fatima” (ファティマ) is an originally composed OP theme arranged by Yocke, specifically made for the anime adaption. While Hacking to the Gate remains absent through most of the series, the new OP is just as catchy and the visuals that do a good job at compacting the initial plot.

Steins;Gate has solidified itself within the science-fiction realm as one of the best time-travel story’s ever told. With it’s engaging and lovable cast, each with their own relatable quirks that expand on the trials and tribulations of time-travel, and how it could impact everyone we know and love, Steins;Gate 0 shows us what could be. It’s the old “monkey wrench” analogy, throwing us an alternative motif. While we all may pursuit perfection in this world, nothing comes without consequence. Steins;Gate 0 shows us what fate could supposedly take place in alternate or current spaces given the power of will, and trying matter itself. Whether the imaginable could be evidential, would we all want to tempt this? It’s a question only Science could answer, but would we all rather leave it unanswered? Only time will tell. 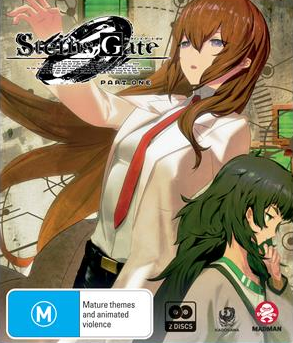 Steins;Gate 0 is an anime television series created by White Fox based on 5pb.’s 2015 video game of the same name, and is part of the Science Adventure franchise. The series is a sequel to the 2011 anime series Steins;Gate, and aired between April 12 and September 27, 2018. 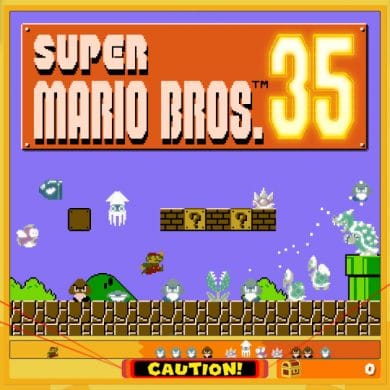