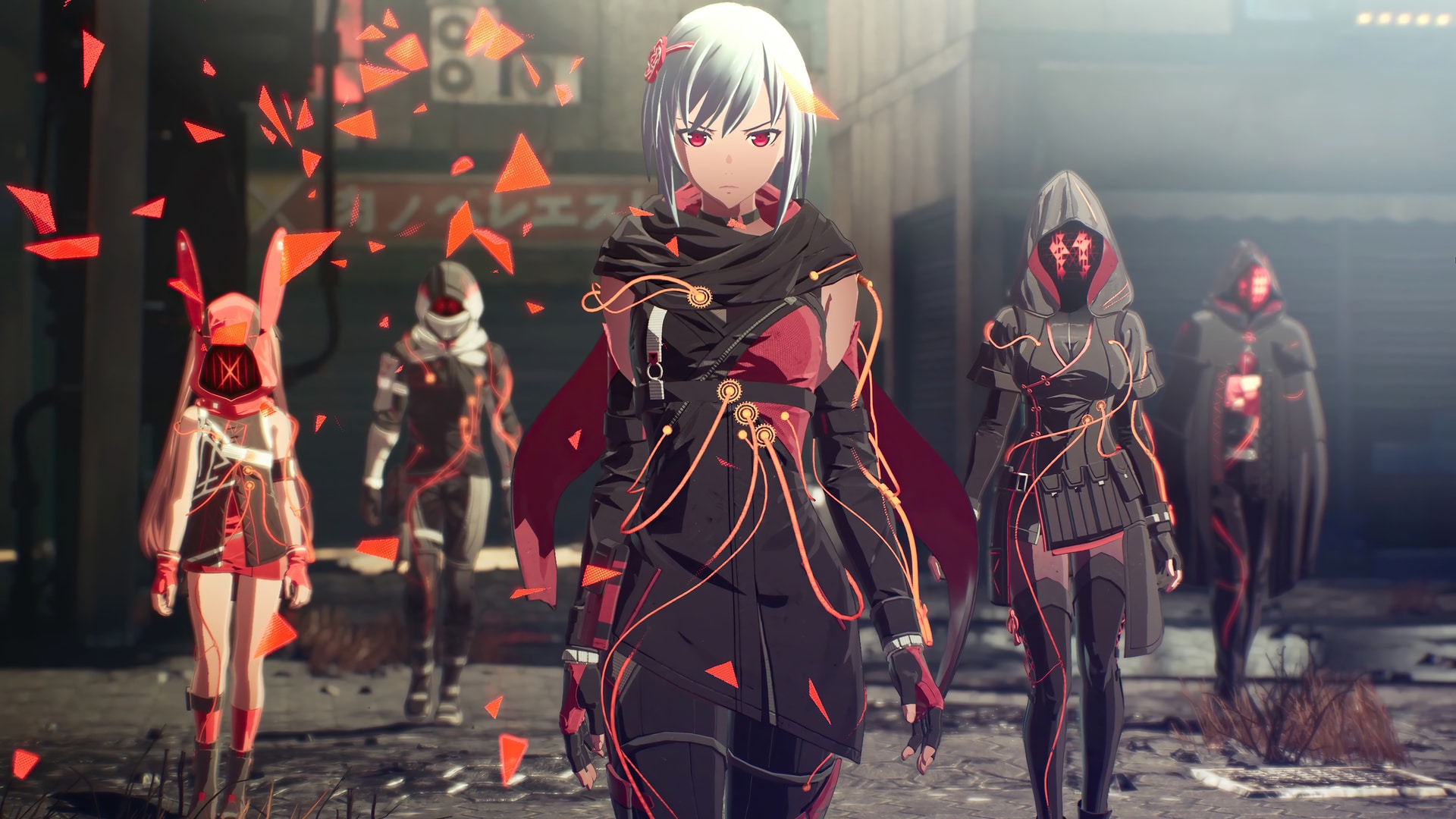 A new breed of JRPG could be on the horizon.

Are you as excited for Scarlet Nexus, as I am? The title has all the makings to be Bandai Namco’s greatest Japanese Role-Playing video game, of all time. But of course, as a collector you need to have that exclusive merch upon release, right? Well Pre-Orders for Scarlet Nexus are now open for XBOX Series, XBOX One, PS4, PS5 and PC Digital.

A Standard, Deluxe and that Sweet Guardian Edition all contain early purchase bonuses;

SCARLET NEXUS game, 3 Art Prints, a hardcover Art Book, OSF Sticker, a steel book and all the digital items from the Deluxe Edition.

You bet your bottom dollar I’ll be all over that Guardians Edition, but I wanted to take a moment today and reflect on why I believe Scarlet Nexus could change the gaming industry’s perception on the JRPG genre, and why it’s set to raise the bar.

Right off the bat, I’m going to say it; Scarlet Nexus could very well shift Japanese Role-Playing video gaming as we know it. The traditional turn-based mechanics are now in a subset of its own, branching off the category once filled to the brim with the now polarising gameplay loop. In what some describe as archaic, others may continue to show their love and appreciation to the battle system, but if there is one word it proves to be in cinematic structure, it’s tedious. This is why the freeform contrast that acts like a quasi-musou like playstyle elevates the intended pace. A meteoric showcase that lays down a casual structure for players to voluntarily engage, yet disengage from the novel freeze-frame exchange that demonstrates gaming’s dichotomy in genre labels. An entirely re-orchestrated mince of plausible features look to mould itself into an all time epic.

An unnatural inhabitance, displaying a litany of grotesque mutants appear to be an indicator that Scarlet Nexus’ Anime influence may be heavy, but not be its underlying focus. The gorgeous overworld designed by Video Game Animator and project lead artist Kouta Ochiai (Super Smash Bros.), divulges a mix of refined cell shading and stunning aperture. The flurry of ferocious creatures are manifested from mastermind character artist, Masakazu Yamashiro. Crafting a cavalcade of destructive creatures, Yamashiro wanted to demonstrate a juxtapose of conventional fear, with his organic android antagonists that roam freely through each town, while aiming to incite a sickening, and horrifying display in his delectably demonic influence. Analysing recent footage of the title, there is a resonance that’s quite distinctive in Scarlet Nexus’ universe, almost a NieR Automata-like aesthetic.

The enemy group known as “The Others” are constructed to kill off humanity by targeting civilians throughout this war-torn metropolis, by consuming its patron’s brains. Yeah, we’re talking literal zombie-droids that look like your grandma’s pot-plant with a pair of legs attached that can chew the skin off your scalp, and fine dine on the gelatinous cuisine that is a bloody cerebellum – Yum. Our hero, Yuito Sumeragi join members of the OSF (Other Suppression Force) in exterminating the swarm of vile, alien mutants. So what may place Scarlet Nexus atop the docket of illustrious franchises that share similar characteristics? No matter how long a list of JRPG’s, and how esteemed a library can be, each entry has forever developed a respective evolution within its own design. A hyperbolic compendium is repeatedly thrown out at fans for paving the way; Persona, Dragon Quest, Ni No Kuni, Final Fantasy.

Bandai Namco’s prominence within role-playing circles is held in high regard, and the studio always aims to deliver on their promise of incredibly immersive experiences. A tale driven by compelling narrative, captivating visuals, and personal connections that are made with each protagonist and their opposer. But its gameplay may take us beyond anything we’ve seen in the past. Early pictures indicate a strong showing of expeditious pacing, with subtle sequences that may be heavily inspired by aforementioned titles with the studio’s own innovation. It’s nothing out of the norm to deconstruct a well renowned, and critically acclaimed blueprint. The abnormal, yet elegant art style may cultivate in 2021’s most gorgeous action title, potentially placing Scarlet Nexus upon a pedestal above others, and inspire many to follow en suite.

Scarlet Nexus' oozes a confidence that's remarkably difficult to define. However, the vibrant, unworldly contrasts of this individual action-adventure, could deliver a trailblazing testimony inspiring a generation of role-playing titles for years to come.

While some facets that remain familiar, footage shows the Japanese developer are unequivocally determined to formulate an original experience, but one that players won’t find complex or convoluted. An aim to dive deeper into an overarching nature with disturbing themes. The rapid, hack-and-slash loop ties in with the game’s push, but balance the pressure in moments of despair. A juxtapose that Kouta Ochiai, aims to emphatically signify in this solemn society structured around the extraordinary and completely foreign. In a developer discussion with the artist, he was asked about his unique visions of what a desolate and dystopian world would be like, and what his inspirations were behind its foundation;

we are putting ‘foreignness’ as a keyword of the game, and Scarlet Nexus gives that uncanny and foreign feeling. The thought of something feeling off and alien is where we want our players to start having an interest in the game. When we were designing the monsters, we wanted to make something new and unusual, and also things that people will have interest in. That’s when I thought of finding an independent artist to design the monsters for us, because we wanted to get a different perspective on values towards the game in order to contribute to the foreignness factor.

The statement itself is an exposition. An idea of Scarlet Nexus pushing boundaries, remaining distinguishable while striking multiple waves of tangible emotions. Creators of Scarlet Nexus aren’t looking to redefine the carbon copy hack-and-slash role playing game. The game looks to reward players for skills learned within battle, rather than educating a player for payoff. While there’s nothing wrong with teaching a gamer the basics, especially through a lengthy campaign, many JRPG’s demonstrate a replicated approach. Opening stages are for teaching the loop, but it seems that Scarlet Nexus is deviating for more engaging developments, a bold strategy. Sure there may be detractors that will take issues in its rigorous grind, and the obligatory side-quests for campaign progression, but that’s in the category’s nature. It’s to be expected.

It’s irrefutable that Scarlet Nexus made a pivotal impression upon reveal last May. JRPG fans have been buzzing for more to be revealed. While minor details have been disclosed, and initial impressions made public, there’s still not a whole lot to go by and to be quite honest, that’s perfect. We already know enough to encourage its target audience that we’re in for a magnanimous delivery. An adventure of epic proportion awaits us this June, as we impatiently anticipate its arrival. Yes, I’m setting my own expectations quite high, but I do believe we may be seeing the next big property from Bandai Namco, that will sit comfortably alongside many others we already mentioned. It hasn’t released yet, but Scarlet Nexus’ oozes a confidence that’s remarkably difficult to define. However, the vibrant, unworldly contrasts of this individual action-adventure, could deliver a trailblazing testimony inspiring a generation of role-playing titles for years to come.

Be sure to Pre-Order to claim bonus exclusives at launch.

Scarlet Nexus is an upcoming action role-playing game developed and published by Bandai Namco Entertainment. It is set to be released on June 25, 2021 for Windows, PlayStation 4, PlayStation 5, Xbox One, and Xbox Series X/S. 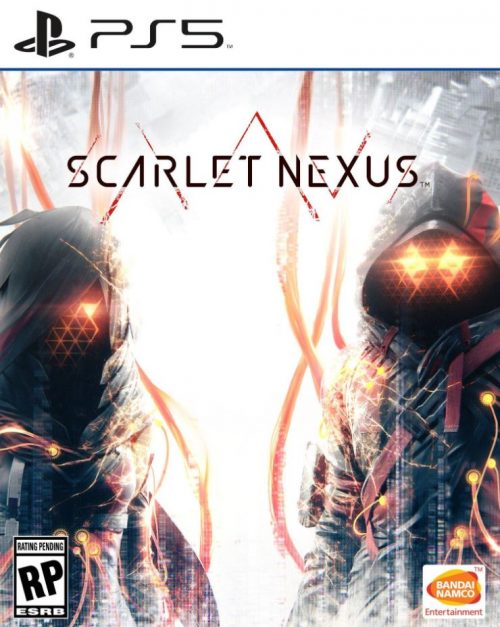 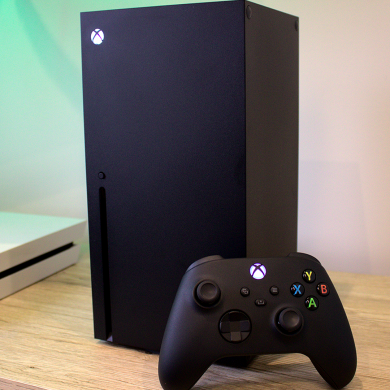