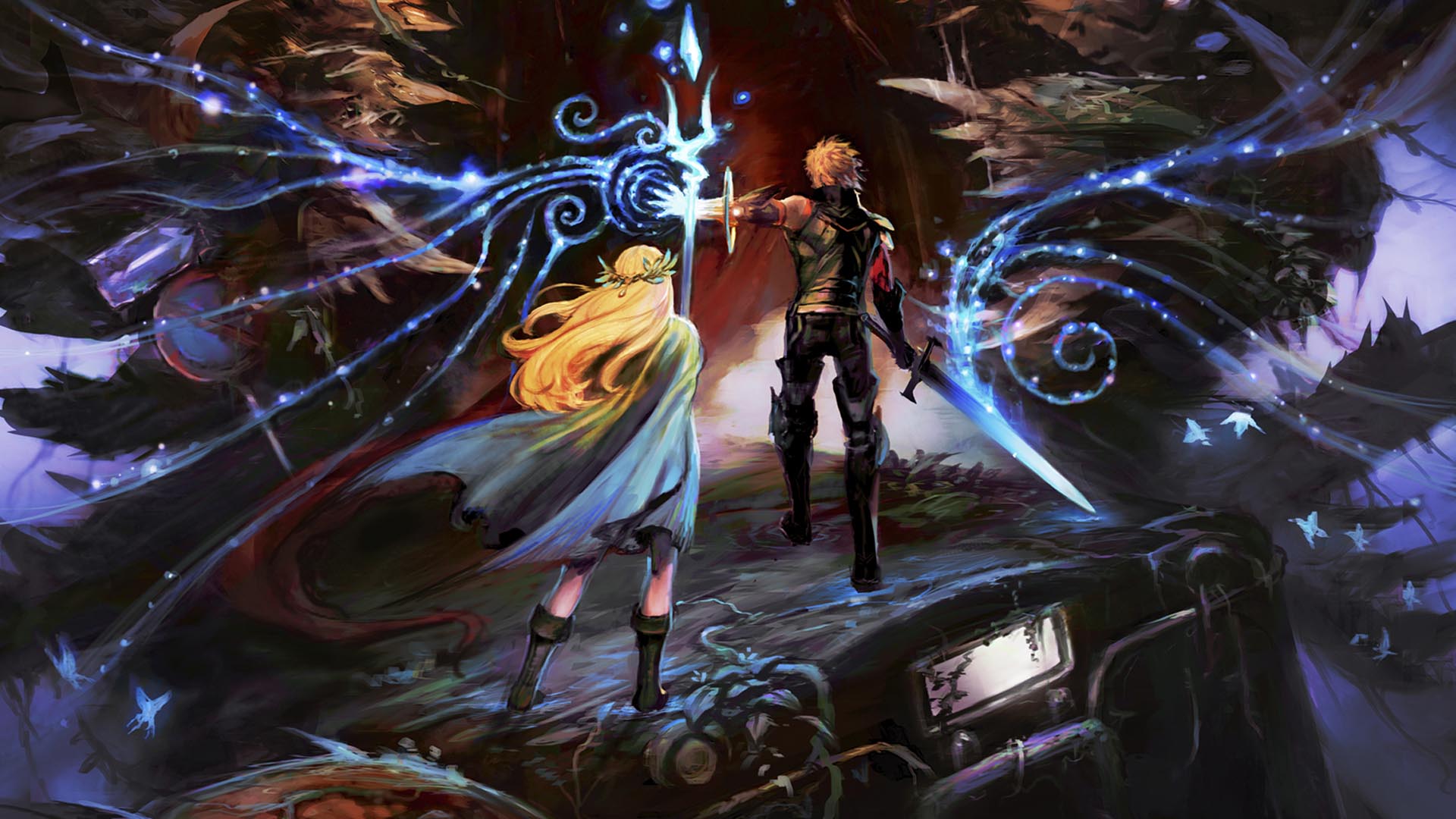 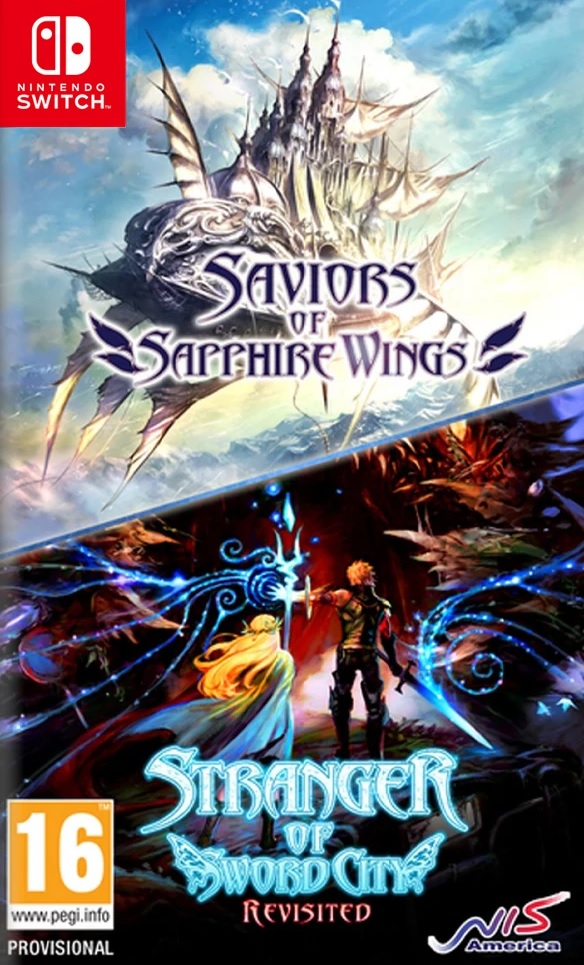 Well this took me by surprise. I’ll admit, I wasn’t expecting to be as enamoured by this dungeon crawler as I was, however upon initiating an inquisitive narrative, I was immediately hooked. A mystique that carries over its simplistic gameplay loop that will entice the JPRG lover in you to embrace what may be a ode to the corridor explorers of yesteryear. I think of such magnanimous, industry changing franchise’s such as the old Shin Megami Tensei titles. It’s felicitous, if anything propitious that I had this title land on my desk for review, after only enveloping myself in Devil Summoner: Soul Hackers for the Nintendo3DS just recently. Navigating through different dungeons while scouring hallways for multiple shadows and clues, an auspicious encounter to say the least.

Ready for this? Saviors of Sapphire Wings/Stranger of Sword City Revisited manages to deliver a delicate demonstration of classic role-playing with an encroaching plot, and a fascinating setting for their respective title. This is a twin pack that ties into its own franchise with the latter of the pair being a re-release for the Nintendo Switch. Stranger of Sword City first landed in Japan for the XBOX360, in June of 2014 as part of Microsoft’s Japanese market initiative, with renowned publishers and Steins;Gate development team 5pb. leading the charge. Credited as one of XBOX’s more successful attempts in attaining a fanbase in the East, it still made its way to PC and the PlayStation VITA in 2015, then finally localised for XBOX One in 2016.

After seven years of its initial entry into its franchise, Saviors of Sapphire Wings follows up on “Stranger’s” narrative, but is not a direct sequel but continues its fundamental design with an escalating grid-like layout that exposes more of your path as you progress throughout the campaign. While the title is a “bang for you buck”, delivering an abundance of action and suspense, its gameplay loop remains whimsical with an all familiar turn-based, combat system in each encounter. For fans that are familiar with its prequel, its an easy return to form, with the entirety of Sword City’s framework injected into Sapphire Wings. Its not necessarily a reskin but does carry over quite a profusion of prosperous gameplay elements.

However, the juxtapose between these two titles is its differentiation in scenery. Stranger of Sword City possessed an eerie sensation in story and tone throughout the onset, while Saviors of Sapphire Wings contrasts this with a completely opposite overlay. Brimming in lush environments while disposing of dark hordes may be somewhat erratic in allure, but overcomes its expected tropes of quelling swarms of gargantuans in a dimly lit backdrop. There’s a great deal of meat to gnaw from both these bountiful expeditions, but its throwback to JRPG-101 may discourage some from completing its lofty quest. Traversing through a multitude of maps, its tunnel-vision delivery does steer towards a plodding inquest, but has its surprises around each corner.

Saviors of Sapphire Wings/Stranger of Sword City Revisited is an insurmountable bundle of joy. It markets itself quite respectably to the lovers of old school Japanese Role-Playing titles.

Bodacious baddies and moronic monsters await to engage in such volatile combats, that there’s no shortage of content in every square inch of each title’s mammoth macrocosm. Indicators directing you atop the screen will aid you in your lengthy journey throughout a range of regions. Each member of your party will serve their specific purpose but their roles are delegated by you, the player. An attacker, an alchemist, and a healer are classed, but can be modified to suit your ensemble of cohorts in easily eradicating any opposing force that threatens you along your exploit. Dubious and delightful personalities are met along the in both titles, each bringing a variety of charm and humour to the campaign which certainly help alleviate the tedious nature felt upon hours of shifting our protagonist from one tiled frame to another.

A great portion of the gameplay loop is emphatically reliant on grinding your way through a cornucopia of conflict in each combatant. Bonus points are awarded to level respective members of your party while delegating a certain number to those that may need to boost their six character traits; Strength, Intelligence, MYS (Spellcasting), Vitality, Agility and Luck. A notable feature that was unarguably welcome was the “Fast Apply” action, for those that are looking to rush through a series of ceaseless, continual and verbose encounters from enemies that have tried their luck one-too-many times. While newer surroundings in each territory will harbour their own flock of demonic beings, you will find a repetitive loop of the same mob monotonously mocking you. Thankfully, the thoughtless feature of quickly initiating this quick offense was gladly embraced.

✔️Old-School is cool. A dungeon-crawling throwback.

✔️It’s all in the grind. An epic time sink that will keep players engaged for hours.

❌No added vocals in this re-release. Would have been a welcome change.

I praise Experience for truly highlighting and hearkening back to traditional JRPG dungeon crawling, with an artistic approach that is deemed antiquated within the industry. I do agree that a corridor conquest presents a polarising position for the series, but its undoubtedly catering towards a niche market. Omitting a flamboyancy for fairly flat and obelisk, a desolate dystopia is captured in its environment. A lifeless world that is quite endearing in a unique way. There’s something encapsulating about exploring both Saviours and Sword City that’s hard to explain in words. The thrill of meticulously moving through an unknown stead that would primarily be brimming with a lively essence in modern gaming, is non-existent.

It’s not terrible, rather a bizarre awareness that a looming figure may be following your every step. I instinctively had gut-reactions when venturing through calling corners of every map, only to fooled by a cadre of crazed creatures. While I reason with all elements amalgamating into one of the best dungeon-crawling throwbacks in quite some time, there’s a reason its formulaic approach was left behind with ATLUS’ release in 2018’s Etrian Odyssey. It was designed to expand on hurdles developers had encountered with hardware of the golden-era. Gaming has piqued, and superseded the arcade age – I apply this to almost every turn-based title that continues to utilise a bedrock that bought such series as Dragon Quest and Final Fantasy to infamy.

There’s nothing wrong with modern gaming taking page out of the aforementioned title’s hall of fame worthy achievements, but it’s a tough sell nowadays. The JRPG category has gone above and beyond the first-person, empty hall encounter that once exuded compelling engagement. But there’s plenty of room for the traditionalist to absolutely be overjoyed by a marvellous tale told in each release. While I usually boast a quick summary of each title we review, I have to unfortunately omit this as it may be a little too “spoilerific”, divulging a ton of clues throughout your investigation. None the less, each title crams a load of content for their respective chapters, with Saviors prolonging Sword City’s esteemed reputation since its primary release on the XBOX360.

My only gripe with this re-release, is no additional content for Sword City and no added vocals for characters. It would have bought a key element that made the title a must have, with additional dialogue from prolific voice actors within the industry, portraying some of these lovable, quirky and intimidating personalities. Adding to this was a disparity in some artwork that popped-up on screen. Character designs looked fantastic, but some that carried over from Sword City to Sapphire Wings were simply reused assets that seemed out of place. I don’t know if this was purposely done, but it was odd viewing a certain animation style be completely different in textures and shadings.

Saviors of Sapphire Wings/Stranger of Sword City Revisited is an insurmountable bundle of joy. It markets itself quite respectably to the lovers of old school Japanese Role-Playing titles. Shin Megami Tensei while in its infancy, with an old school Dragon Quest/Final Fantasy like approach that dispels the archaic adage of targeted marketing and niche gaming. A intrinsic experience that looks to defy odds, with a fabulous story penned to progress its passé playstyle for contingency. A flurry of combat, engrossed with content and a story that may emotionally drain you at its climax. This is one to remember. Saviors of Sapphire Wings/Stranger of Sword City Revisited is a celebration for the dungeon-crawling devout.

In this instance, Saviors of Sapphire Wings / Stranger of Sword City Revisited is a masterfully crafted offering of two incredible dungeon-crawling adventures. This is a series that feels right at home on Nintendo Switch .

Story
8
Gameplay
8
Presentation
8
Sound
8
8
Supplied by the publisher, for our review.
Windows 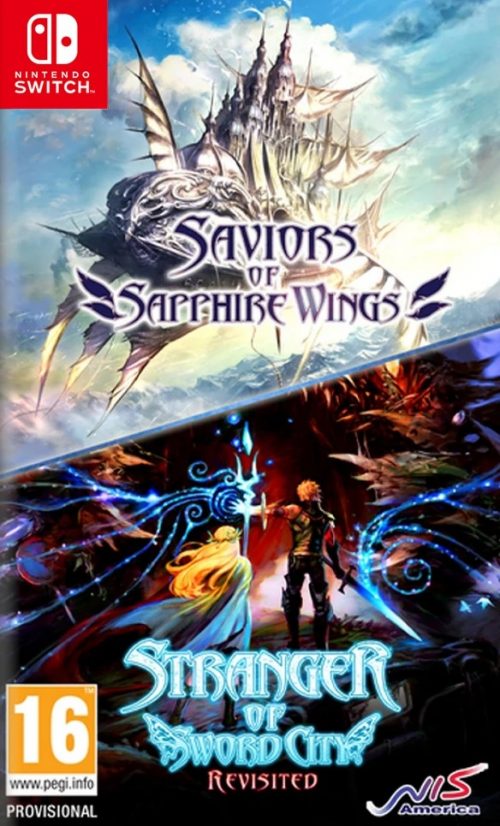 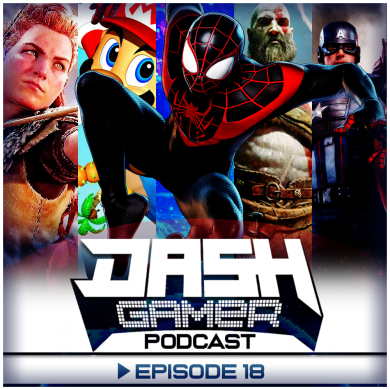