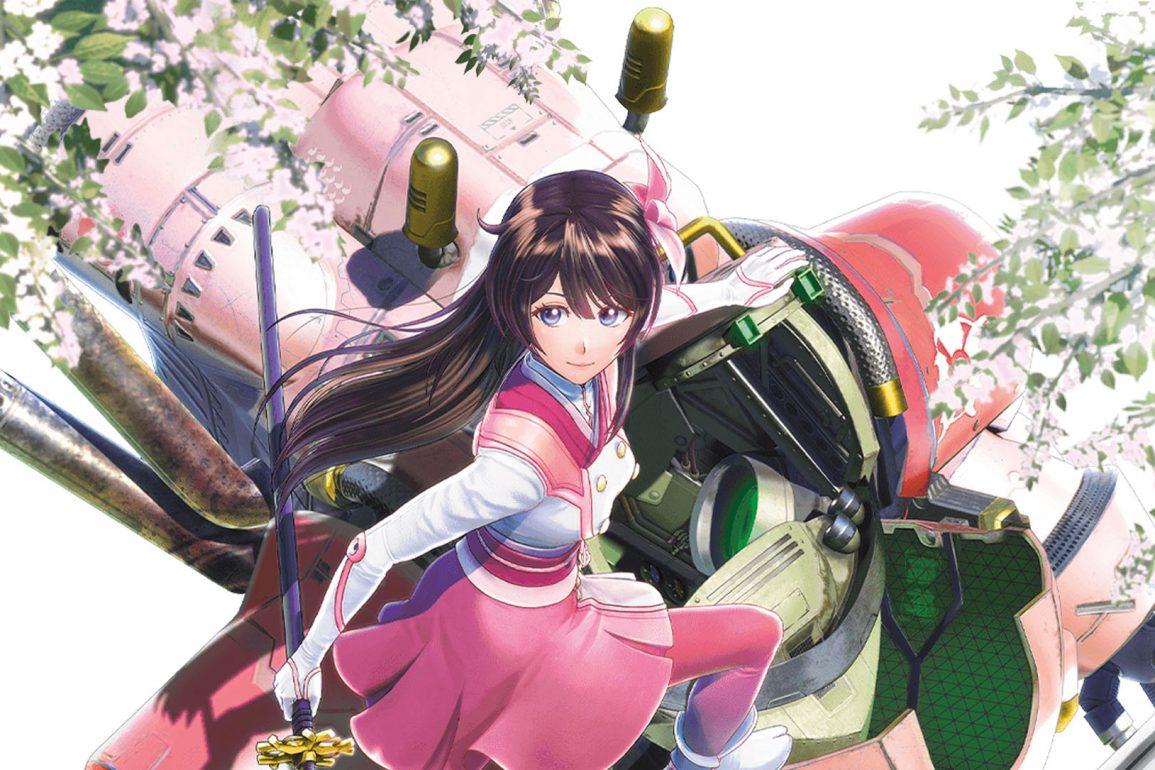 ✔️A mixture of the best Anime based categories and genres, combined
✔️Visually stunning environments, make for a charming and compelling tale
✔️Characters and narrative is hilarious

Make Love,
Not
and
War.

Not that many people are aware of the Sakura Wars franchise, but it is one of Japan’s most established JRPG/dating simulators that saw its foundation laid on the SEGA Saturn back in September 1996. It was highly regarded for its magnificent artwork, mixtures of popular Japanese cultured categories, and incredible plot. Its initial entry laid the foundation for a flurry of sequels, spin-offs, and adaptations in the form of a Manga series, and its own original animated series. There is no doubt that Sakura Wars has left its mark on the Japanese gaming industry, and one that developer SEGA, are surely proud of. We hit 2020, and Sakura Wars is not only back in Animated reboot of the first series, but its legacy and impact has paved the way for a potential series reboot in its mainline gaming franchise.

I for one was elated to see the cult classic back in action, and had salivated at the thought of re-experiencing such a timeless piece of JPRG gaming, remastered for current-gen consoles. While the 2020 re-incarnation of the title is considered a “soft reboot” of the Sakura Wars series, there is no doubt that gamers who adore their modern JRPG’s will absolutely love everything thrown their way with this hilarious, and engaging re-imagining. While there is alot to love about Sakura Wars (2019), there were some slight set-backs, but nothing that will negatively impact or deter you from wanting to progress further into the intriguing narrative, set in an alternate sovereign state, post-modern war Japan.

Our story begins in a rather fictional interpretation of the year 1940. Our protagonist is Seijuro Kamiyama, is a young Navy Captain electee to the new Imperial Combat Revue Flower Division of Tokyo. The division had fought in the Great Demon War a decade prior, which resulted in the team defeating the New York Combat Revue’s Star Division. With the two sides declaring peace, the World Luxuriant Opera Foundation had formed, and merged with multiple divisions around the world to sanction an Olympic style event; the biennial Combat Revue World Games tournament. I know, it certainly is a mouthful. Years after their successful triumph, The Flower Division had seemingly fallen on a rather rough patch and their notoriety had been waning. In fear of their team being completely eradicated, Kamiyama is assigned with the task of aiding the Division.

With it’s fleeting reputation on the line, The “New” Flower Division is rallied by an all-female cast. Harem Anime anyone? You could only imagine some of the scenario’s that play out from the atypical Japanese animated genre. A young, strapping lad surrounded by 5-6 women, a recipe for a comically hilarious disaster, but I digress. With Kamiyama agreeing to help the division, he discovers that the evanescence of the team’s structure had lead to some monetary downfalls, which had some members quit the team and in-turn lead to a negative public reception of the group, which also translated in their lack of morale. While seeming like a completely hopeless situation at hand, Seijuro does his best to kick things into high gear and re-ignite any motivation in these leading ladies. Each displaying their own rich personality, it was immediately promising and quite easy to see why they would eventually clash with their new “commander”.

The Flower Division consists of our titular character Sakura Amamiya; a teenage novice of The Floral Division. Softly spoken and gentle when surrounded by friends, she Idolises former leader of the division Sakura Shinguji – the series original protagonist. With her newfound desire to replicate her hero’s path, we see Sakura become an amazing swordswoman to take down any of the opposition. Along with Sakura, we have Hatsuho Shinonome, a shrine maiden who’s brazen nature shines through her cheerful exterior. Claris Snowflake, a Luxembourgian who’s obsessed with books. Azami Mochizuki, a descendant of the Mochizuki ninja clan, and quite obviously specialises in martial arts. Anastasia Palma, a former actress turned aspiring combatant. Yes, quite the interesting pack of ladies Seijuro has on his hands. Of course, while everything seems hunky-dory, Seijuro’s task of helping the Division turns into a redemption story for both he and the girls, in hopes of rediscovering missing soldiers from The Great Kouma War.

Sakura Wars is dependent on its engaging story and colourful characters that make the game a ton of fun to experience. It deviates from the norm of many modern JRPG title's while maintaining an abundance of existing tropes.

While defining itself as a quasi-sequel of sorts, Sakura Wars’ “soft reboot” plays differently to its dated counterparts, with focus being invested in its plotline that plays like a visual novel for the most part, with some open-ended JRPG hack-and-slash action to break up some monotony. Interactions between Seijuro and the ladies are in commonplace of characters expressing their interests, whether that be professionally or personally. Yes, this follows the same tropes seen in any regular “Romedy” based Anime that see’s a handsome young buy, with a group of young girls. They talk, they joke, they yell, they punch, they blush, they laugh. I will note the contrasts in delivery are quite substantial. We are treated to a mature side of each character in the majority of cases, rather than relying on the emblematic lewd dialogue that leads to cheap laughs. It’s quite refreshing.

Much like any visual novel concept, players will be given choices during one-on-one dialogue between cast members that will ultimately determine your path throughout the title. These will impact your affinity with each character, which could also determine the team’s contingency for successfully completing tasks set forth. These choices range from practical, flirtatious, and outright forward. While you can help build each characters stats by keeping your relationship as virtuous as possible, you may fast track this by heading down the romantic path with each lady. While you may date all the ladies in the game, it unfortunately leads to no chaos, which is what I honestly was awaiting – ala Persona 5. Seijuro seemingly has free will here to date them all with absolutely zero consequences. A missed trope, if you ask me.

While I may have been hopeful for a more Persona 5 inspired type of experience, I would say that the title resonates more of a Tokyo Mirage Sessions kind of vibe with dungeons that lay themselves a little bare, rather than the fleshed out zones we’ve become accustom to in modern JRPG titles. In lieu of this, we are treated to some tactical action sequences. Coming in a little apprehensive towards the vanilla layout of the map, I walked away pleasantly surprised from each battle feeling a sense of achievement that ultimately had me satisfied. Thankfully, I never experienced anything that bottle-necked my duration in unnecessary enemy placement, and seemed quite streamlined. Yes, there is an argument to be made that the game can be too easy at times, but there will be a sense of gratification after endless cues of dialogue that you will have to get through at times.

What I do love about the battle system is the unique elements applied within each encounter. It’s not the same battle system everytime. With each combat comes its own gambit of techniques that will determine how you control your characters. I admire the steps taken here to try and deliver an alternative to traditional-modern JRPG’s. For what it’s worth, I see each encounter as an additional feature rather than the title’s main attraction. Action sequences would be deemed an enriching inclusion to the title’s divergent combination of category’s on offer. This only helps with the narrative, and eventual character growth. We see different sides of each character while under adversity and how they are willing to sacrifice anything for the division. If I were to gauge how the title splits the narrative and it’s interactive action, I’d say it’s around 65% story and 35% gameplay. No doubt, it is one that will test your patience but it also takes aim at those who love a great story.

Sakura Wars is visually stunning. It’s hard not to be encapsulated by the charm that translates through each piece of scenery displayed. It plays in part of the incredible animation in each cutscene that plays out between each chapter. Using the Anime adaptation’s OP to deliver an authentic experience only tells you that you’re in for something that was carefully pieced together, and crafted with care. As noted from previous reviews, I am a dub guy but the Japanese voice cast played their roles phenomenally. I was totally drawn in with each dialogue delivery. While I would have loved to say that every piece of dialogue had additional VO included, it can’t. Still, the narrative was strong enough to hold the text only sequences on its own. It was great to hear some soundtrack callbacks from the original SEGA Saturn entry with Legendary Anime and Video Game Composer Kohei Tanaka, returning to lend his awesome talents.

Ambitious. That would be the perfect word to describe Sakura Wars, in 2020. With our current climate of gaming in such a spoiled state of high stature and quality, Sakura Wars see’s itself in a unique situation where it wears many hats in the preeminent categories that Anime inspired title’s have a stronghold over. It really does resonate a Visual Novel, with heavy JRPG nuances that are impacted by the choose-your-path style, dating simulator-esque scenarios that are at play. Yes, it may seem like a manifestation of all the quintessential traits seen in many title’s within it’s genre’s nature, but that’s what makes Sakura Wars awesome. Sakura Wars separates itself from being just another typical dungeon crawler; it breaks the mold and creates something unique, fresh and memorable.

Sakura Wars is a cross-genre video game developed and published by Sega for the PlayStation 4. The sixth mainline entry and a soft reboot of the Sakura Wars series. 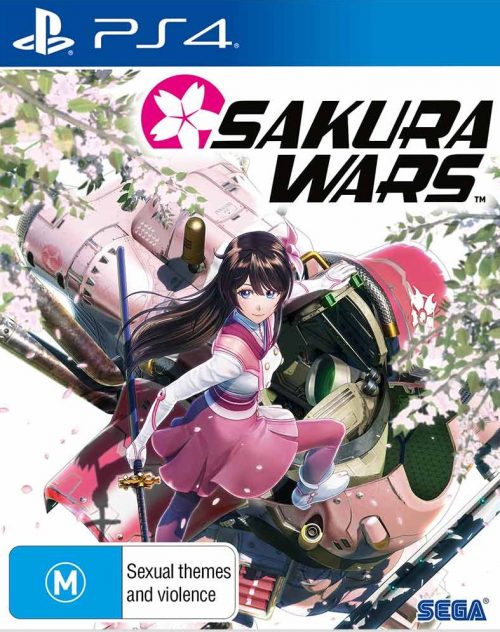 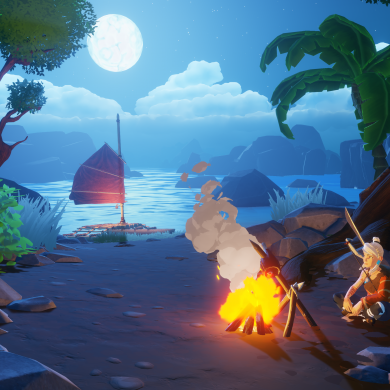