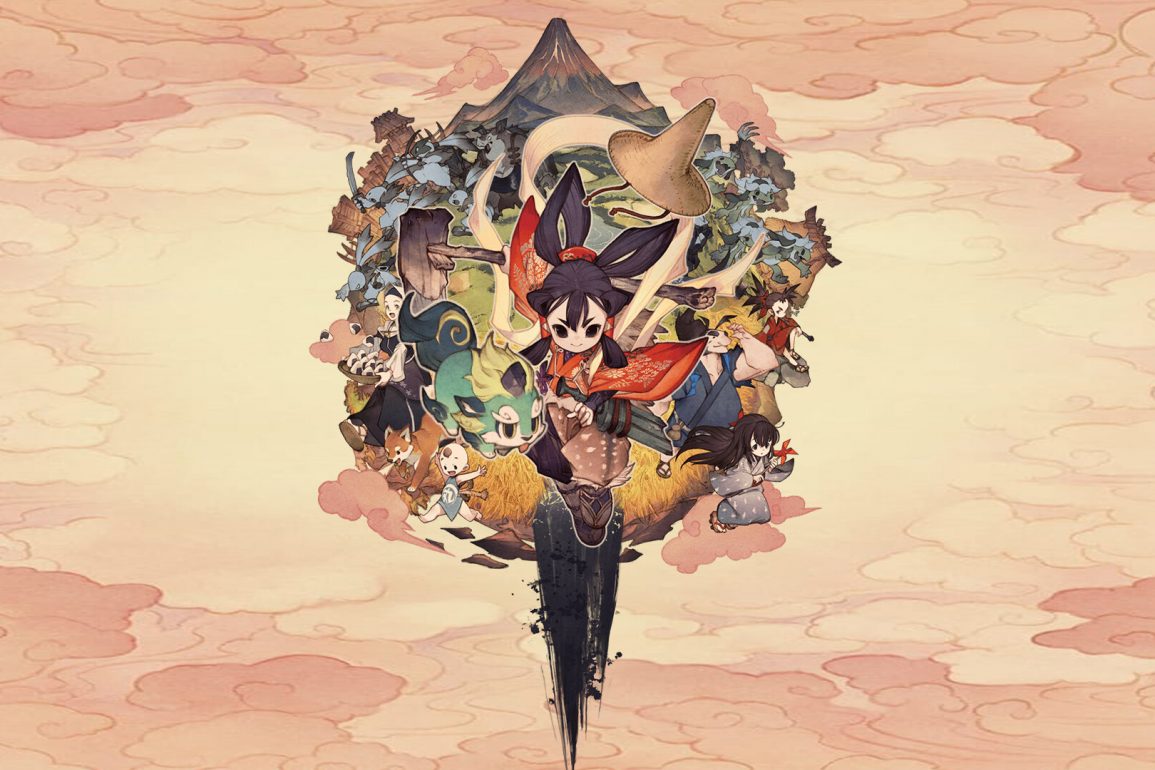 Sakuna: of Rice and Ruin Review

✔️A deluge of charm, wit, and incredible dexterity make for this Game of the Year contender.
✔️Sakuna’s overbearing personality is commonplace tropes within Anime, and it’s perfect for this story.
✔️An amalgamation of Harvest Moon like mechanics, along with light JRPG facets and heavy platforming action is insane.

❌A bug here or there, but nothing a patch can’t fix.

I have to admit, I wasn’t prepared for Sakuna: of Rice and Ruin. If anything, I was told to take a look at the title by my podcast co-hosts, and boy am I glad I took their advice. This has to be one of the most ambitious titles closing out a generation, yet for some reason it honestly nails every single beat delivered. Sakuna: of Rice and Ruin is an incredible feat by the small indie team out of Austria. While marketed as an action platformer, the adventure game exhibits heavy facets of JRPG elements that are occasionally found within titles such as Harvest Moon, or Stardew Valley. However, Sakuna’s pacing is certainly something completely out of the norm for the meticulous genre. Amalgamating a myriad of categories into this astonishing folklore tale, made for one of the most intriguing narratives this year.

It also demonstrated that title’s don’t necessarily have to be relegated to one group. Beat ’em up/hack and slash offense elevates combat throughout the onset, with a tangible seamless effort made for by its silky smooth animations. If there was a title that I would show anyone for Anime in its purest example, Sakuna leaves a trail of Female protag Anime tropes that are completely over-the-top. Yeah, there is embellishment within our character’s own resolve, but this comes from Japanese Animated Culture 101. The high-pitched squeaks and squeals of a 200 year-old Demi-God in the form of a pre-schooler. It’s Obligatory, yet nonsense but provides for non-stop entertainment and hosts a fascinating line-up of aesthetic concepts that this title manages to juggle quite skillfully.

Our titular hero Sakuna, a goddess who hails from the Lofty Realm, an alternate universe from Earth, or as it is known in the game, the Lowly Ream; how apropos. Her personality screams of spoiled brat, leading a lavish life that’s suddenly taken away from her after a series of cataclysmic events unfold within the opposed realm. Her mother’s earning’s from being one of Lofty Realm’s notorious Harvest Gods, have aided Sakuna’s lifestyle until the tiny deity is cast out by her own kind. Informed that her parents were originally from the Earthly world, she is tasked with ridding the Lowly Realm of all malice, including the demonic creatures that have ravaged and invaded their land.

It’s quite the simple premise, however it leads to some serious legroom for major plot-twists that ultimately make for an enigmatic adventure. Moments of subtlety occur within cropping; planting seeds to harvest rice on the land, Pulling weeds that may have littered crops overnight, laying some fertiliser and making sure water is regularly available for continuous farming. Your crop field does have wildlife threat, and by wildlife I just mean bugs. You know, those annoying little things that like to either creepy crawl or buzz around food? Well, unleashing a stampede of vicious enemies will take care of those pests, and by vicious, I just mean snails and frogs. Laying the small harmless creatures alongside your crops keep the harvest healthy for growth.

Now for some expeditious action-adventure. Sakuna: of Rice and Ruin puts on a display that would have the fan of rapidly paced, ambidextrous, high quality platforming absolutely salivating. Leaping over obstructions, while hacking and slashing enemies, all while collecting item drops and other features make for one of the most enjoyable experiences in the genre. I never thought you could spread each genre so broadly and apply a plethora of features across the board, with a bountiful demonstration of seamless mechanics at your disposal. Venturing through different parts of Lowly Realm’s map, you come across some of the town’s most unique landmarks that will no doubt challenge the average gamer.

Hilltops and mountainous caverns are plundered, all while hunting down fiendish foes that have overrun the land. Using Sakuna’s scythe and hoe, you unleash a litany of unbridled offense on your opponents with absolute style. The flair of the flurry flows through each impact, as you literally leap into each encounter. Throwing and juggling enemies is hilarious, and lands a complexity of blows in one foul swoop. Boss encounters can be a challenge, especially when tasked early on. Night time objectives are littered with enemies of higher level, remembering this is not just an action-platformer, this is also a light RPG. Each skill you learn throughout the campaign will help Sakuna reach elevated levels of learn new tricks and gaining momentum, leading to the miniature celestial becoming smarter, and growing stronger.

As mentioned, Sakuna: of Rice and Ruin bears some light RPG mechanics that help build our titular protagonist along her journey. These skills are honed mainly in harvesting your crops, but will enhance your overall experience. So not only will you be able to gain an expeditious pace while harvesting, but your platforming skills will also see improvement. Upgrading equipment will help with campaign progression, as each horde will grow stronger along your journey. Nourishment is vital for Sakuna’s survival, feasting on large healthy meals will help defeat enemies quicker, especially for night based imperative objectives. After multiple seasons pass, levels will starting becoming broader, and enemies begin to sharpen their fangs, just that much more.

Your best option for survival would be to activate ability stones that elevate your skill level. This can easily done through the title’s simple and sleek GUI, that I found quite coherent and streamlined. Landing combos is also a risk, as it may drain your MP gauge quicker but its quite easy to replenish over time. You will need to keep eye out on it however, as later sections of the game will require great use of the mechanic. Light and strong attacks are switched with ease throughout each battle, it’s as easy button mashing your way through groups of demons, however using Sakuna’s accumulative skillset will teach the player how to strategically utilise each manoeuvre. Using Sakuna’s scarf can help our hero traverse quite easily across the landscape, slinging and swinging across deadly pitfalls and hazardous hindrances, while coming in for that sweet Super-man punch on a bunch of baddies.

Grasping onto an enemy from ranged position, and zipping into confrontation reaches levels of anticipation and excitement through each contest. You won’t be able achieve this every time, as enemies grow smarter, and stronger throughout the adventure, but for the times you can use this attribute, it’s so gratifying. The aesthetic of the entire overworld is gorgeous, along with each character design that exudes everything Anime devotee’s love about the genre. Encompassing its tropes are hilariously dialogued cinematics, accompanied by voice over royalty within the industry. Immediately hearing the inflections of Laura Post (Persona 5 Royal, Demon Slayer) I knew I was in for something special. Understanding both the Video gaming industry, and voicing a deluge of delightful damsels within the Japanese Animated universe, Post brings her incredible range to this role.

it's indeed the full harvest. It defies everything we know about the commonplace Anime video game, and exceeds all expectations from gameplay, presentation, narrative and character growth.

We’re also given the incredibly dulcet tones of Mr. Patrick Seitz (Mortal Kombat, My Hero Academia), Frank Todaro (Mob Psycho 100, Hunter x Hunter), Carrie Keranen (Erased, Kill la Kill), Bryce Papenbrook (Persona 5 Royal, The Seven Deadly Sins) and cameos from a slew of notable, high calibre voice actors. Yep, Sakuna: of Rice and Ruin doesn’t play any games here, it’s indeed the full harvest. It defies everything we know about the commonplace Anime video game, and exceeds all expectations from gameplay, presentation, narrative and character growth. This is one of the best gaming experiences this year. I can say without a doubt that it will plant seeds for a potential sequel (no pun intended), due to charming nature but connecting to its audience on a personal level. Sakuna: of Rice and Ruin will enrich any and every gamer that looks to entertain them for hours on end, yet also tug on every heartstring.A deluge of charm, wit, and incredible dexterity make for this Game of the Year contender.

Sakuna: of Rice and Ruin - XSEED 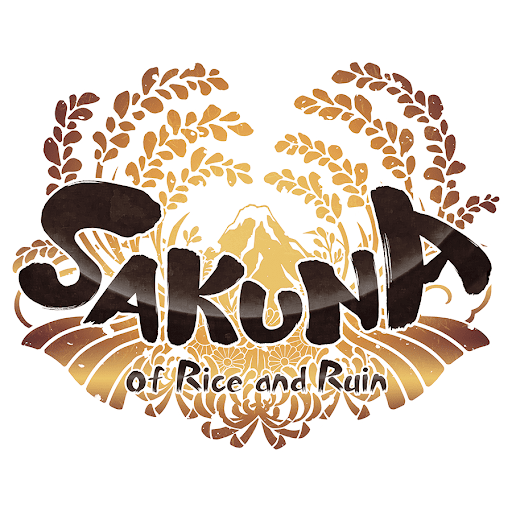 Story
10
Gameplay
10
Presentation
8
Sound
9
9.5
Supplied by the publisher, for our review.

Sakuna: of Rice and Ruin Review 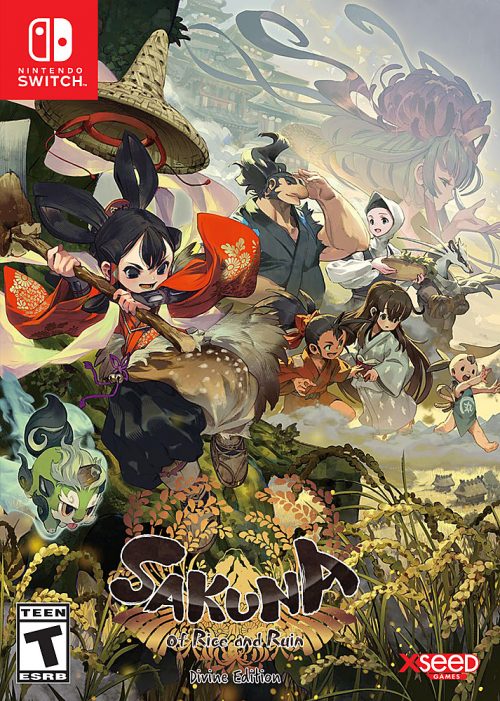 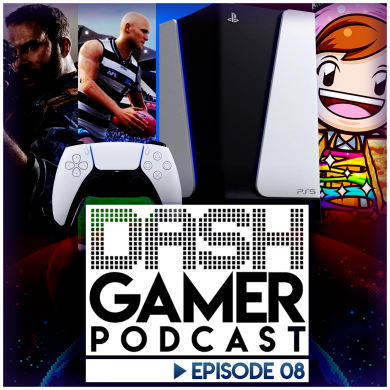