All the zany action from the original is back and more

Don't play this on your TV

Sandbox titles have always been somewhat hit or miss for my tastes. Depending on story or plot, open world games can be a somewhat cumbersome task to complete, or even play at times. Thankfully, Saints Row: The Third will always hold a special place in my heart. The Saints Row franchise was neck and neck back in the day with the Grand Theft Auto franchise, like Coke and Pepsi, Macca’s or KFC. It was a matter of choice or preference. I personally leaned more to the Saints Row title’s, as they totally started to step out of the serious element, and become completely out-of-this-world nuts. Open world games that take place in a humanised territory, should not always take itself seriously. The satirical science behind Saints Row: The Third, created a nuance in the  genre, separating itself from it’s counterparts in the wild. Originally launched in 2011 on last generation consoles, Saints Row The Third definitely can hold it’s own today on current generation platforms, and take on any Triple-A title we currently have the pleasure of playing. However, with the Nintendo Switch now out in the wild, the real question here is, can the Switch handle all Zany mischief, from this adored title? or does it fall a little flat on the home console/handheld hybrid?

If you aren’t familiar with the plotline of Saints Row: The Third, the story sets itself five years after Saints Row 2, with the 3rd Street Saints now collaborating with Ultor Corportion, conspiring to become a multimedia conglomerate, that also markets energy drinks, clothing, a certain lifestyle. Boss, Johnny Gat, and their crew return to promote the upcoming Saints Row: The Movie, but start noticing a resistance forming with their staff and are then arrested by crooked cops, that turn out to be working for Phillipe Loren, a entrepreneur and criminal mastermind that runs “Syndicate”. Loren trys to broker a deal with Boss and The Saints, however after refusing, Gat sacrifices himself to allow the rest of The Saints to break free. From this point, we’re introduced to the city of Steelport, the insanely zany town that has been corrupted by notorious gangs such as: the Morningstar, Luchadores, and Deckers, which all work under Syndicate. It’s from here where true turmoil begins throughout your time with this game.

Playing “The Full Package” on the Nintendo Switch in handheld mode, is definitely a treat. Being able to roam this sandbox of insanity on the go, was definitely something I was surprised with. There aren’t many titles on the Switch that let you roam an open world city, bash someone with the almighty purple dildo, steal their car super-hero style, shoot a gas truck and the gangs surrounding it into oblivion, while rapping along to “What I got” with the amazing all-star cast that we’re treated to. That being said, let’s talk about how this all fares on the Switch. Is it a little rough around the edges on the hybrid? Yes. Is it gamebreaking? Not really. There are moments of definite frame drops throughout this port, but it’s nothing that will take you right out of your element. I did find there were a few times, where the game did drop below standards, when there was way too much activity happening at once on-screen, but I honestly only experienced this docked, which is odd to say the least, as it’s always been believed that playing any game docked on the Nintendo Switch gives it a little more juice. I can say that this is not the case for “The Full Package”, as my belief here is that this port is for hardcore players of this title, that would love to take it on the go with them at anytime.

With that being said, yes there is some fidelity sacrifice here, as the game does look a little downgraded from what we experienced years ago on our PlayStation 3’s and XBOX360’s. Some textures do lay bare, with some model rendering seemingly being jagged, and stiff at times. This is all noticed in docked mode, while in handheld mode, it’s as beautiful as it was when we first laid eyes on the title all those years ago. If I compare it to “Saints Row IV” Re-Elected on the PS4, it honestly wouldn’t be a fair fight. It honestly is night and day, but if you are picking this title up for the full “Saints Row: The Third” Experience in glorious 1080p, on your large 75″ TV, then you’re definitely going to want to get your dusty old XBOX out of storage, and play it on that. This is made for the handheld gamer. It truly is something that I dearly appreciate, as someone who is as busy as I am on the daily, bringing his Switch with him to work, and playing it on a lunch break, makes the day better.

Sound design is something once again that is remarkable about SR3, right from the get-go, we have a myriad of talent to select from here as our protagonist, and some of the best VA’s in the business, from their early days in their career. Being able to choose from Steve Blum (Mortal Kombat 11, Cowboy Bebop), Troy Baker (The Last of Us, Uncharted, Persona), Robin Atkin Downes (Uncharted, Destiny) as our male Boss choices, with Laura Bailey (Gears 5, Fruit’s Basket), and Tara Platt (Kingdom Hearts III, Tales of Vesperia), as our female Boss leads, leaves us spoiled for choice for who we taking along for this ride. In a city roaming full of warfare, hearing car alarms, gunshots, explosions, and people hollering on sidewalks becomes white noise as you continuously play, but having the option to blast your radio while driving through Steelport, with the game’s amazing original music, that bought me many flashbacks here, made me hum along with it all over again.

Saint’s Row: The Third – The Full Package is awesome. Is it perfect? Not really. Is it fun? Hell, to the yes. Taking an all-time last gen classic on the go is something that I’m truly appreciative of. Roaming Steelport, almost a decade later, and having a blast dedicating myself to mission directives, sidequests, and just having an all-time blast running around causing complete chaos had me smiling plenty of times throughout the last 6 days of enjoying this solid port. Sure, we’re going to experience some rough ports of classics that we all loved from way back, that aren’t going to be all that perfect, but understanding that there is some sacrifices that need to be made for the greater good, is that this title represents. Outlandish style, zany action, over-the-top crudity, that will make your draw drop, and holler. I definitely love what Volition and Deep Silver have managed to pull off here, and am definitely pumped to dive through my windshield one more time, and take it for a spin. 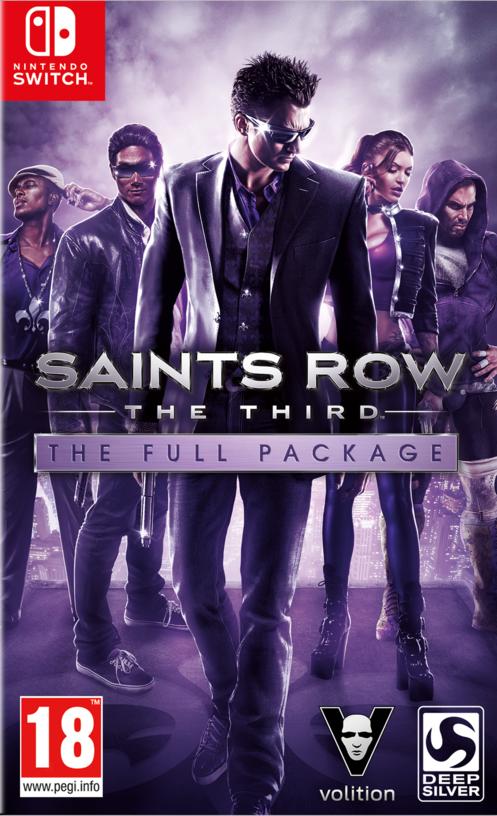 A Review code was supplied by Koch Media ANZ, for this review.

Saints Row: The Third is an open world action-adventure video game developed by Volition and published by THQ. It is the third title in the Saints Row series