Where do I begin with this? In what should have been a re-appraisal in reprising or rebooting Saints Row, I feel like I just played the same game from 2013. When Deep Silver Volition shelved the open-world action title, it was a sigh of relief to many devout that adored the first two entries of the franchise, laying it to rest without worry of another annualised disaster. Saints Row had grown tired, and dated by its fourth entry, and Gat out of Hell did it no favours. Grand Theft Auto V has had an embellished fifty re-releases since then, and has shown no signs of slowing down. Hell, it just re-released for modern platforms and was met once again with critical acclaim to the surprise of no one.

So to no surprise, I was a little let down by Saints Row’s potential in 2022. The idea that we could have had a genuine reboot to the franchise, that would have been a legitimate competitor to Grand Theft Auto V was seemingly sweet. Alas, I’ve come to realise that Saints Row may have come up a little short here with its overall offerings. It’s not a bad game, but it was outdated before it even went gold. Lacking detail, omitting features from its predecessors, anything that could rival GTA V, or the potential to expand on what had come before it, Saints Row stalls to get its engine going before it can even get into gear. It’s jarring to even give thought that Saints Row was a staple of the PlayStation 2 era in action titles that was coined to usurp Rockstar’s flagship series, but has taken a steep fall from grace.

So what’s the issue? Well, it goes without saying that a discouraged premise and bland band of misfits don’t do this title any favours what so ever. It’s a little heart-breaking to say that about such a beloved series that had monumental praise and potential, but it’s just not up to scratch per what we expect from a brand that has carried itself with such high standards, yet Saints Row has hit a content or complacent wall that is now putting the brakes on progressing toward anything of worth playing. Is it worth playing? Sure if you’re looking for mindless, open-world action, but don’t be looking for a campaign with depth or meaning, a visually stunning world or anything impactful from this title. There’s definitely an aim here, and that’s casualising Saints Row for a broader audience, but I don’t know why?

Aesthetically speaking, the title bears absolutely no increase in regard to detail, and from initiation that set the tone for what I expected. No more, no less than a reprisal of Saints Row, the series, the brand, the name. With all that said, let’s talk about gameplay. Saints Row suffers from a monotonous amount of repetitive objectives that ultimately blend together, making for a befuddling ruse of structured mission attempts. My criticism aims solely toward its swarms of gangs that look to take down the new school of Saints, that are looking to get their first payday by robbing a federal reserve shipment aboard a train in Santo Ileso. Numerous gangs and factions look to squander the Saints’ plans before they’re ready to execute their mission, namely Los Panderos; a crew of gym junkies that love their cars, and smuggling collateral.

Other gangs within the campaign are present, but are evidently created to prolong or bottleneck your progression throughout the story. Essentially another hurdle to overcome before hitting the plot’s climax. Gang warfare in Saints Row has always been one of its biggest attractions, but its appeal has since waned in favour of taking its approach seriously for unmemorable, comedic tropes that are just cheesy. Dialogue between all characters come off as terribly timed, try-hard anecdotes that induce more cringe than cackle. It’s not all bad, with sporadic moments of pure excitement coming from one member, Eli, the nerdiest brain of the bunch and his love for Live Action Role-Playing (LARP). Dressing your character in cardboard and eloquently gunning your way through mobs of RPG associates, acting out a training regiment which aids your protagonist “The Boss”, in refining and honing their skillset, albeit a tough trudge for a title that bodes some seriously shoddy gunplay.

I hate saying it, due to the fact that Saints Row was one of my most loved series in its first two iterations, but its deteriorating quality of life issues have carried over to its reboot a near decade after being shelved.

While I would love to say that it progressively betters itself with each upgrade, there’s nothing that differentiates or improves Saints Rows’ gameplay from its opening act. If anything there’s a dip in the middle that definitely makes for some cumbersome moments within the campaign, and slows it down entirely. The pacing is thrown off by nonsensical story beats that seem to have been thrown in for added narrative, but are nothing of importance, nor imperative to the campaign’s outcome. Driving around Santo Ileso, there are a number of environments that the game urges you to explore for different types of artillery and collectables. The driving mechanics in the title are fine, but it feels like an antiquated, unrefined vehicle system from 2010. Then there’s the presentation of it all, where jumping into a car is buggy as hell.

Your team members will teleport into the passenger seat, rather than actually get into the car. Those quirky moments of diving headfirst through the windshield into the driver’s seat are gone – an odd omission for a title that doesn’t take itself seriously. A lack in variable transportation is also something I’m quite confounded by, given a litany of vehicular opportunities laying course around the map. Why have hundreds of bicycles laying waste around Santo Ileso, with no way of utilising them? It’s the little things that go a long way in an open-world action title nowadays that Saints Row has seemed to ignore, and it can be a little frustrating to find them disassociated completely with combat or gameplay entirely.

✔️ Santo Ileso is fun to explore but limited in quantity.

✔️ LARP missions are fun and filled with cultural tropes.

Investing time into multiple ventures across town in Saints Row, will effectively make your hoard of hoodlums into big business capital venturists, with income increasing on the hour, every hour. This part of the campaign is mandatory and must be completed to a certain figure before the story’s final mission is unlocked. Insurance fraud challenges will periodically become available to you, but it’s more or less the same mission put on replay. Go in, destroy some property, get hurt for claims compensation, profit. One of the more frustrating missions was planning a robbery, and having to wait in the car for my clan to pull off the heist; in what world do I want to be waiting in the car for a bunch of NPC’s to play the game for me?

There are missions that are akin to a devastatingly designed Sleeping Dogs-style exploration, where you have to defeat swarms of martial artists without raising any awareness. You can’t escape a mission, or it will result in failure; with that said, battle boundaries are quite restrictive and force the player into combat within claustrophobic conditions. If you want to run for a weapon that’s laid outside of the fight area, you can forget it. The game begins a timer that demands you don’t run away from the battle. This fishing for impeding features is an annoyance that will become a regular occurrence throughout the campaign, and is quite deterring.

Looking to be wanted? Forget it. It’s almost completely cart blanche here, without any need to worry about your notoriety. No Police, No Problems right? Personalising your protagonist the way you want has never been so broad and diverse in Saints Row, which is a great accomplishment the team have achieved here, including a Community Creation suite that allows players to download another player’s premade protagonist instead of having to build their own. Another great feature is the ability to change the look and gender of your “Boss” while the campaign is already in-motion. Meaning you could give your character a trim, grow out their beard, sun-burn, a tan or anything that gives them a little more personality and integrity. While purely an aesthetic feature, it does zero to gameplay or presentation. If anything I found the more you added to your hero, the worst they look.

Presentation is sub-par in Saints Row, with minimal effort being put in toward making the game somewhat appealing. But if you had put this game in front of me and had told me it was Saints Row DLC from 2011, I would have believed you. Bland, rushed texture mapping that suffers when the added texture pop-in happens. Santo Ileso itself is a well thought-out map, but resembles a world that’s coincidentally in the middle of the COVID-19 pandemic, a barren wasteland with barely any people in sight. In the case of overcoming obstacles while taking on highway robbery, it’s not hard to dodge anyone walking on the foot path or encounter heavy traffic conditions, there’s just nobody around.

Saints Row was a promise that wasn’t kept. Ultimately trying to trim the fat but suffering for lacking content in the end. What should have been its renaissance has only brought it back as a zombified experience that should have stayed dead. I hate saying it, due to the fact that Saints Row was one of my most loved series in its first two iterations, but its deteriorating quality of life issues have carried over to its reboot a near decade after being shelved. I would have preferred a sequel to Saints Row 4 if anything; bring back the translucent purple dildo for me to smack around a couple goofball hoodlums, let me dive into a windshield and command a vehicle. Let me fight the aliens of Mars or just let this series go. Either reboot the series properly next time, or the Saints need to go marching out for good.

Saints Row is an action-adventure video game developed by Volition and published by Deep Silver. It is a reboot of the Saints Row series, and the fifth main installment, following 2013’s Saints Row IV. 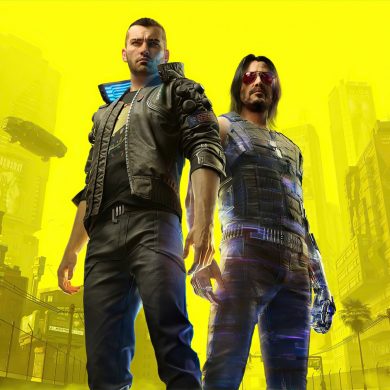