Some repetitiveness that subsides as you traverse through the game

Oh man, the Nostalgia. The Kunio-Kun franchise is, and forever will be one of my favourites. As a child, I never owned a Nintendo Entertainment System, my little sister and I were raised on the original Nintendo Family Computer, otherwise known as the Famicom. I was introduced into the series with Nekketsu Kōkō Dodge Ball Bu: Soccer Hen, the pre-localised version of Nintendo World Cup, that had all the bells and whistles attached before being stripped of it’s incredible comedic detail. In that period, I had also experienced many role-playing beat ’em up style video games, such as Mighty Final Fight, Street of Rage, Double Dragon, and of course Downtown Nekketsu Monogatari, globally known as River City Ransom. While others tried to replicate the magic that the ragtag, rough ’em up brawler delivered, River City Ransom’s legacy hold’s true to it’s notoriety as one of, if not the best beat ’em up, “greaser” style fighter, of all time. Of course, the title borrowed elements from Double Dragon, which saw it’s release two years prior to River City Ransom. Even naming our hero’s of River City, the “Double Dragon Brothers”. Albeit, River City Ransom held it’s own as a truly unique experience, in a time where fighters were only seen in arcade’s, rather than a home console experience. So, to hear that we now have a spiritual sequel on our hands, is exciting to say the least.

Meet Misako and Kyoko, two teenage students with a rebellious side, who land themselves in detention. While lethargically awaiting their dismissal from their untimely boredom, they receive an anonymous text message detailing the disappearance of their boyfriends, and protagonists of River City Ransom, Kunio and Riki. Is this starting to sound familiar at all? It goes without saying, that the only logical thing to do here is to bust out of detention, by kicking everyone’s ass. And that’s exactly what these two trouble makers do. I mean, the guys did it for them, so why not repay the favour, right? So now it’s time for our fierce female hero’s to get out there and take down the notorious thugs of River City, and get back their boyfriends. It’s the ultimate plot-point, fitting a slight role-reversal that held such a timely legacy for “Ransom”. If you are familiar with the original Kunio-Kun franchise, then your time in River City will tickle your nostalgia bone, which in no doubt the developers of the title aim to deliver.

River City Girls delivers a modernised experience to the genre, that could only be compared as a cross between River City Ransom and Scott Pilgrim Vs. The World: The Game. Two incredible titles that ultimately lead this vast genre. One, as a masterpiece and cornerstone for all brawlers, and the other that no doubt borrows heavily from it’s predecessor, but delivers a unique experience in it’s own right. I’m glad to say that River City Girls not only lives up to these two titles, but surpasses them. It’s a tough yet, bold risk to try and re-establish a brand that has laid dormant since the mid-late 90’s. There has been recent entries into the Kunio-Kun franchise, that have attempted to rebirth the River City series, but none that have had the same impact as this title. The title delivers an enriched environment that challenges players without holding anyone’s hand here. It’s an old school experience that is hardly felt in many titles in recent memory. We have a plethora of games that are available with the nuance of being labeled “old-school”, but do their best to guide the players through each objection. While River City Girls does this to some capacity, the game does a great job in reminding players that challenges are all part of the fun in learning it’s systematic upgrades and traversing through it’s multi-tiered leveling range.

The difficulty spikes are something that I did not find troubling at all. In fact, it felt natural. Whilst it may not sit perfectly in today’s climate of gaming, there was something about the first boss being almost unconquerable for a timely fashion that reminded me of the golden age of gaming. While being defeated quite a number of times before perfecting my timing, I was able to get my muscle memory used to the game’s basic combo system. Learning different ways to defeat your enemy’s through out your time in River City, is magnificently gratifying. Since when can you dab your enemies to death? In River City Girls, that’s when. I bursted out laughing the first time I learned the maneuver, but reminded myself that we are appealing to a new generation of gamer’s, that are ultimately the same age I was when first playing River City Ransom. However, there are quite a number of differences that are present from it’s predecessor including it’s overall map design. While “Ransom” delivers a linear arcade style fighter, where you traverse from left-to-right across the screen, River City Girls leaves large open areas for it’s optional use of local couch co-op. Enemies will spawn across different parts of the screen, and on occasion there will be moments where you will be essentially locked in certain areas until you defeat all enemies. The usual objectives, but are done quite well.

There will be an introduction to different attack mechanics and combo-strings through your time in the game, that include wall jumps, juggling, and finishers that adapt some famous pro-wrestling moves. To see Misako land a “Stone Cold” Stunner, made me “pop” big time (“pop” is a wrestling term for cheer, not fart). To perfect all this will take some time and patience, and will test players ability to perfect it’s wide range of variety. It’s incredible how diverse this title really is. Be prepared though, while starting off quite repetitive, the game will get a hell of a lot better as you spend time learning all these new tricks. Another neat feature is essentially using old enemies as new allies, “converting” them to help you defeat any and all on-comers that challenge you or your partner. Of course, playing co-op will be easier but with that said, the game does adjust it’s difficulty in notice of having an extra player present. There is no doubt that there is some fatigue within the title, but River City Girls does a fantastic job at refreshing itself throughout it’s gameplay time. Just when you think you’ve seen it all, a new mechanic or ability presents itself and makes you want to continue crashing down doors and beating the hell out of your foes.

The brilliance of the River City Girl’s presentation speaks from it’s vibrancy and variety. It’s display of using old-school sprites and textures while upholding a modern delivery in gameplay and design, with use of anime style cutscene’s in-between key points of the story, defines how far the beat ’em up genre has really come. It’s initial design tells the tale of an old, run-down River City that has seen better days in the last 25 years. I would definitely say it’s quite reminiscent of Capcom’s Mighty Final Fight, in it’s use of colourisation, graphical design and fidelity. The title runs quite smoothly on the Nintendo Switch and feels right at home, on the hybrid handheld. River City Girls boldly delivers it’s narrative in short voice over in conjunction with it’s predecessor’s text-to-display format. We’re treated to an infamous cast of voice actors that are upheld as some of the best, and renowned within the industry. Xanthe Huynh, Erika Harlacher, Kaiji Tang, Greg Chung, Kira Buckland, Kayli Mills, Sungwon Cho, and Arin Hanson… just to name a few. The official soundtrack is directed and composed by award-winning artist Megan McDuffee, who worked with a multitude of musical talents. Oh, and in true Anime fashion, we’re delivered an insanely animated kick ass OP, by the ever talented Kay (@kaynimatic) that describe’s our quirky adventure we’re about to embark on, mixed with solid rock tunes provided by NateWantsToBattle (Nathan Sharp), Cristina Vee, Chipzel, and Dale North.

River City Girls is amazing. There is no other way to describe the emotions I felt playing the title. It’s pacing, it’s timing, the combination of animation and vibrant textures with it’s old-school gameplay delivery, that exceeds anything seen from past entries into the Kunio-Kun franchise. It’s a revivial. It’s a franchise now of it’s own. River City Girls has the potential to kick off a series return to form and bring back what we all loved from old school beat ’em ups from the late 80’s to early 90’s, with freshness and originality not seen since Scott Pilgrim. It’s simplistic, yet sundry. It’s familiar, yet foreign. I love every single turn it’s story takes, right to it’s obscure climax that will have players in a mixed range of emotions. While it’s gameplay may not stand out as anything unique, it’s a lot of fun. Learning how to pull off a one-two-three punch/kick combo, allotted with an awesome finisher is such a gratifying feat that ultimately displays how a combo string should really be delivered. River City Girls is unmissable, and is one of the best arcade based experiences this year. 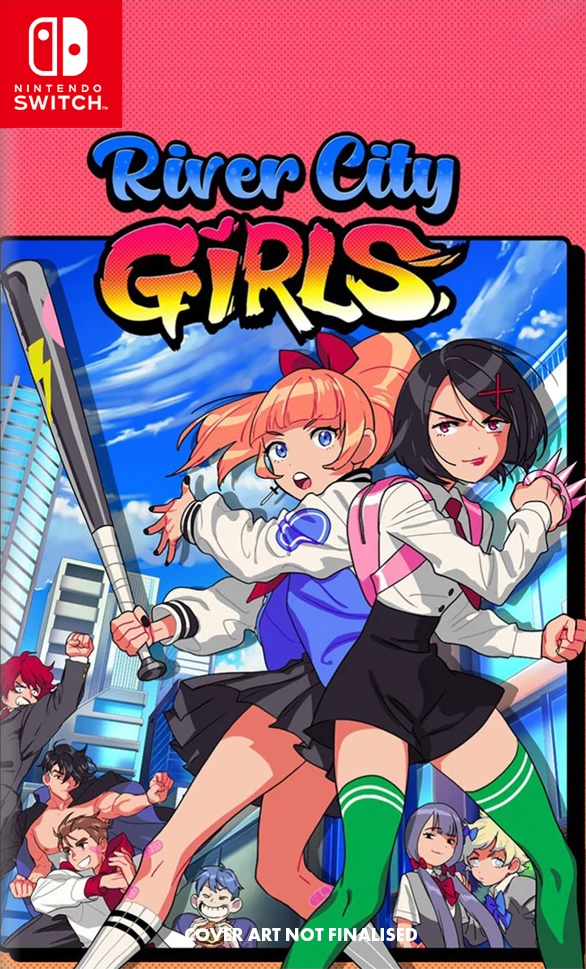 River City Girls is an spin-off game in the Kunio-kun series, developed by WayForward and published by Arc System Works. The game was released on September 5, 2019 for PC (via Steam), Nintendo Switch (on the Nintendo eShop), Sony PlayStation 4 (through the PlayStation Store) and Xbox One (via Microsoft Store). Limited Run Games released a physical edition of the game.