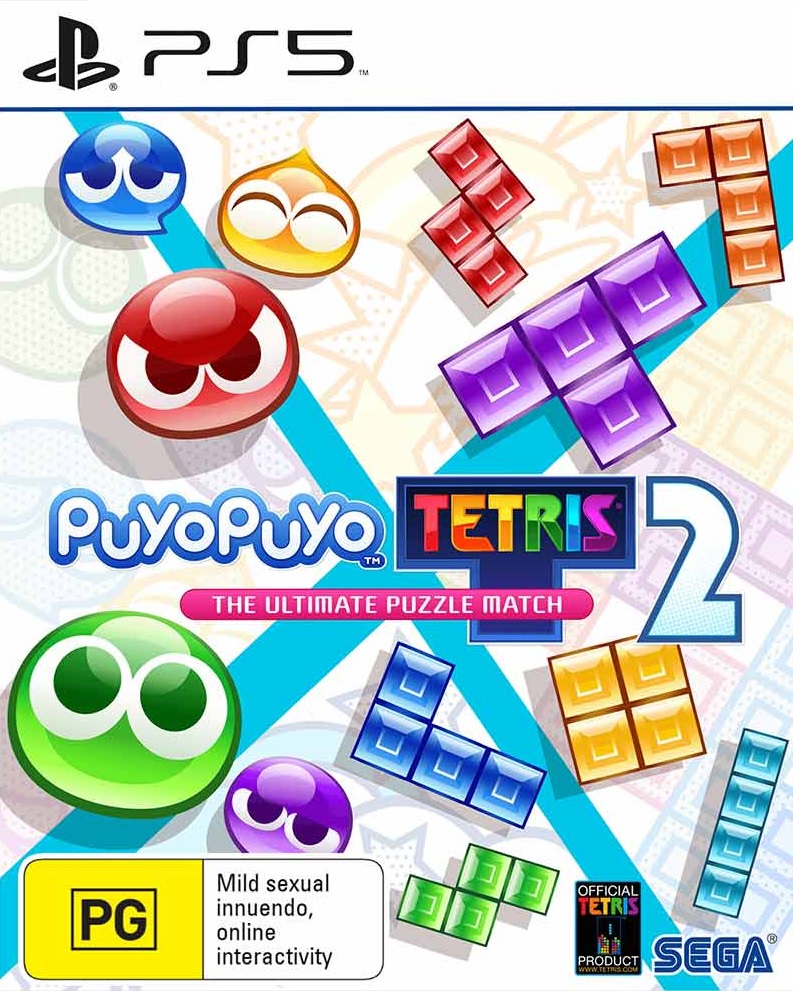 It’s funny how life comes full circle. As a kid, my family and I would make regular visits to the local Blockbuster to rent out a couple of films, and the occasional game. While we explored the store’s incredible catalogue of Super Nintendo titles, my Mum would make recommendations which would usually land the mark, many times over. This would also lead to her addiction of certain puzzle title’s while I was off at school. Two in particular were her go-to puzzle games; Tetris & Dr. Mario and Wario’s Woods. While Wario’s Woods would come later in our time spent with the SNES, Tetris & Dr. Mario became an immediate family favourite with its innovative and much grander take on the Russian developed juggernaut. The amalgamation of Gunpei Yokoi’s viral eradicating vision, with Alex Pajitnov’s global success was marketing genius as the pair of puzzler’s were pit against each other, in head-to-head battle.

Tetris has been disassembled and rebuilt many, many times throughout multiple generations. Tetris Effect, Tetris Attack, Tetris Ultimate; there’s no shortage of Tetris title’s out there. Acquainting myself with Puyo Puyo Tetris’ initial entry back in 2014, I was invested in its unique array of aesthetics and family friendly delivery that was adorned in complete nostalgia for myself and my family. It truly bought us back to the golden age of gaming. The addition to its narrative, the conjoined experiences of both Tetromino and Puyo Pop were natural given both were proponents of shapeshifting towers of eventual elimination. The pattern and process prevalent in parallel gameplay loop, compliments its well versed pacing and strives to innate its demonstration. Its formula derives from the aforementioned SNES classic, luring me into its bamboozling bag of boisterous amusement in the first place.

The Best of Both Worlds...

It’s baffling when a puzzle game releases a sequel. I never knew how you could campaign something with such a straightforward initiative to have a follow-up premise, but with Puyo Puyo Tetris 2, its new content solely lies within its adventure mode. The campaign itself is almost a reboot, or a revisiting of characters we were introduced to in the first title’s campaign. Without memory of their outing, its somewhat awkward to witness these characters re-introduce themselves to one another. I must have missed something in the first campaign’s plot where there may have been a memory wipe, or something that disassociates out protag’s from their experiences with each other. Regardless, the entire campaign places you within a series of progressive battles that are melded with elements of both puzzler and RPG.

Puyo Puyo Tetris 2 is a delight. A charming puzzle game that can be challenging in many ways, but delivers a wholesome vibe for the younger audience, while intending to push the intellect of many that have played both Puyo Puyo and Tetris in their own respect.

Tetris is straightforward, with the player creating a perfect tower of power with hopes of joining each line as one to completely crush your opponent. While Puyo Puyo drops the small slime creatures, for the player to join them in quartets or more in hopes of eliminating each grouped-globule. Doing so may also lead a chain of combo based offense, and delivering the enemy a litany of obstructions smash through their perfectly placed objects. Snap judgements and quick decisions are anxiety inducing, and can/will be your demise through each head-to-head encounter. This is one strategy that hopes to defeat your opponent as their items overfill their battleground. While the space is equal, Puyo Puyo’s mechanics work differently and the slimes are larger than the Tetromino shapes. This is clearly a distinct disadvantage to playing Puyo Puyo mode vs your opponent’s Tetris, but you may find it to be a lot easier to apprise.

With Tetris, the opposition may throw extra lines of trash at you, dealing with added layers of intrusion rising from beneath your perfectly constructed pillar. Simply working your way down the tower to these menacing hurdles and eradicating them as you would any Tetris line. With Puyo Puyo, blocks will fall from the ceiling and land in random places around your puzzle’s area. To eliminate these annoying blockades, simply placing a matching slime of the same colour surrounding the block will have it disappear. A lot easier than the intrusive lines that stack below the Tetris tower. Each chapter throughout the campaign will come with its own aesthetic applied to each character you confront. This is purely from an optics perspective, but does add some flavour, charm and representation to each level. Of course, the progressive rank in difficulty rises as you further your adventure.

There are some dialogue heavy scenarios that may have you mashing the skip button, but I would advise in listening as it’s actually quite cleverly written. The quips that come out of each representative’s vocab make for quite the entertaining scenario. The hilarity comes in form of its narrative carrying the weight and burden of each character having a personal gripe, and duking it out in their respective puzzler. Their retribution is by tossing the aforementioned obstructions on to their opposition’s canvas, proving their worth to be just as grander. It’s cute nature in response is immature, but ensures a delight for kids and adults. Very much a Saturday Morning Cartoon vibe that will leave a massive smile on a youngster’s face.

✔️The addictive gameplay loop of both Puyo Puyo and Tetris carries on in this awesome sequel.

✔️A cast of quirky characters carry on throughout this adorable campaign.

✔️RPG mechanics encourage you to pursue and grind through the campaign for other modes within the title.

❌Some quality of life issues that can be alleviated with extra content.

So here’s where things get a little monotonous. The meat and bones of Puyo Puyo Tetris 2, are a recycled back catalogue of modes that were pre-existent in the franchise’s initial release. There are some additions made to them, elongating their quality of life over the original, but much of what has been learned may be somewhat questionable here. It doesn’t take a genius to figure out how to fit a T-Block into a small cavity. Sure, the traditionalist may not have played Puyo Pop back in the early 90’s, but again it took all of five minutes in learning how the game works. But there are some caveats that lend a helping hand like string combinations that group and regale players in the heat of combat. Party Mode places randomised objects upon the canvas to shake things up a little, but may cause some confusion; however, that is the intent.

Big Bang Mode is a one-on-one endurance battle to see who can complete each objective the fastest, probably my favourite of them all. A calmer approach to the title is in its Marathon mode. Tetris Marathon has you clear 150 Lines, while Tiny Puyo will challenge the player in creating the biggest Puyo combo string with a massive canvas at your disposal. For the purist, the endurance of both modes come in form of solo endless. The grind of racking up a total tally, and testing your will against the computer is something I’ve always loved in Tetris. Challenging myself and the ever growing pace, from tedious to rapid within minutes will forever be something I long for within puzzle titles, and this mode does it perfectly.

Skill battle will allow you to group a team of three between each formation. This is where the puzzler turns into an RPG like gameplay loop, with stats and enhancements all coming into play, along with XP that carry over from the Adventure mode. This is where it’s imperative to play through a solid campaign, gain enough experience through the story then regroup with friends later on and duke it out against players across the globe. There is the disadvantage of having an untrained player on your team, while your opposition may have a plethora of potential power at hand to annihilate you. Yes, it’s a grind for sure and I can most certainly empathise with those that are just looking for a casual crawl through, but this mode is not designed for the faint at heart. This is the most competitive joust you will have within Puyo Puyo Tetris 2, but entails the most immersive and inclusive experience throughout the game.

With all that said, Puyo Puyo Tetris 2 is a delight. A charming puzzle game that can be challenging in many ways, but delivers a wholesome vibe for the younger audience, while intending to push the intellect of many that have played both Puyo Puyo and Tetris in their own respect. While I personally had accomplished a ton in its Adventure mode, the grind of its Skill Battle may deter some from continuing. But I’d argue that the title’s value carries through its myriad of free-form exhibitions, and online battles for the casual player. The aforementioned competitive mode should be left to the experts. Non-the-less, there’s plenty to experience in this amazing bundle that will no doubt have you hooked for hours on end. Puyo Puyo Tetris 2 is as addictive as it has always been, and this sequel proves to continue this feat.

Destruction AllStars is a vehicular combat game developed by Lucid Games and published by Sony Interactive Entertainment. It was released for the PlayStation 5 on 2 February 2021. 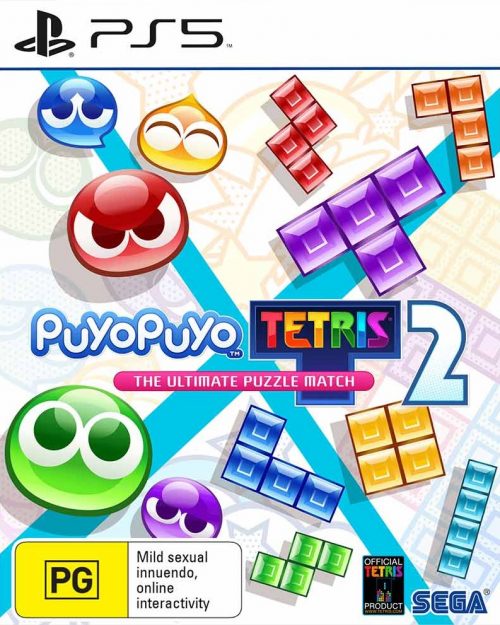 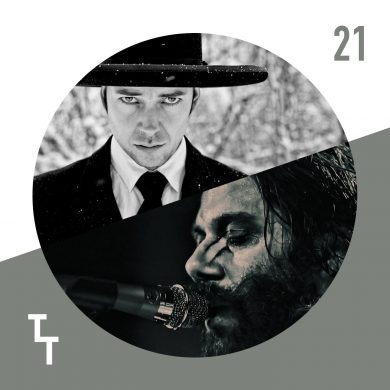