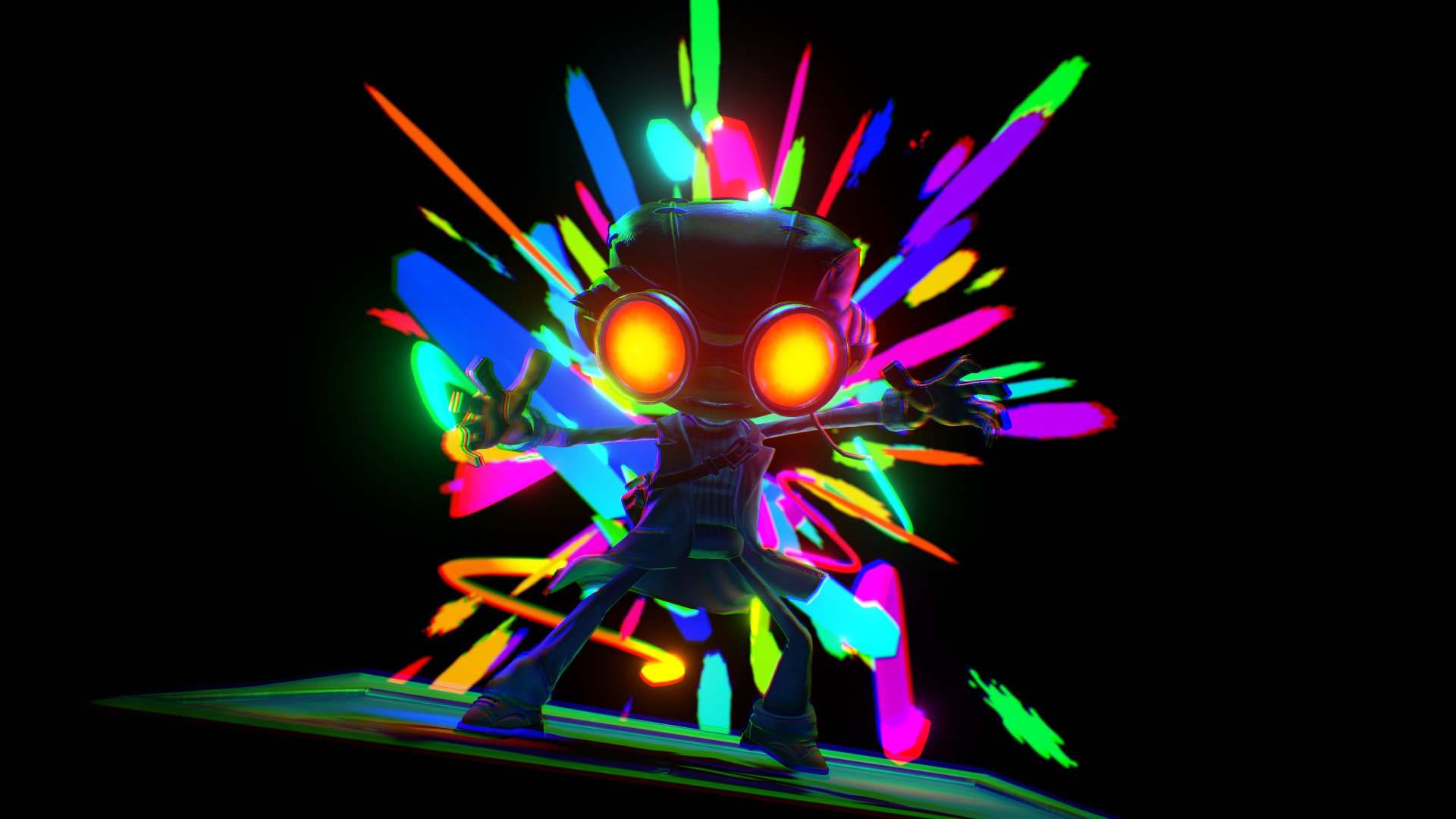 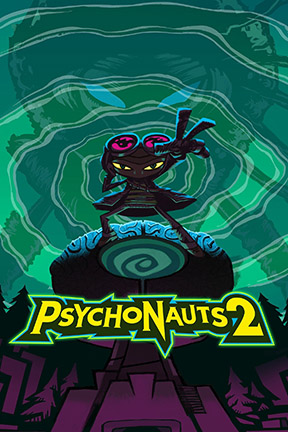 Double Fine’s esteemed catalogue has been backed by a a devout audience that adore their zany abstract architecture, which has been the studio’s foundation. An establishment that has prided its core creativity on labours of love, that have transformed the small independent development team to a global sensation through decades of notable tales told in a distinct and ununiform way. While it’s been five years since the re-release of Tim Schafer’s masterpiece Grim Fandango, the studio lead has visited many avenues within the gaming space to refresh the newly acquired XBOX Game Studio’s image. Founding the San Francisco development team on this title’s predecessor, Psychonauts 2 not only re-imagines what the original envisioned, but also extrapolates key fundamentals that made it a household name from die-hard gamers.

The insanely quirky action-platformer placed Double Fine on the map leading an everlasting legacy for the studio to potentially reprise and create a franchise later down the line. But as years went on, fans eagerly awaited its return but were left with only hints and swayed colloquy about drafts and scrapped ideas from Schafer. Finally after what seems a lifetime to some, fifteen years and a whole lot of teasing, we now have Psychonauts 2 in our hands. I have to immediately give praise towards its introductory, as it may come as no surprise that many gamers are essentially diving in for the first time in its sequel’s juncture, and that withstanding the studio were more than aware of this becoming an issue to the extent that developer’s politely included a recap of events that occurred in both Psychonauts and Psychonauts in the Rhombus of Ruin VR exclusive.

Our campaign begins right where Raz left off from the original – with some additional addendum to Rhombus of Ruin – two days after the events of the original Psychonauts. This in itself carries over the series’ whimsical charm and hilarity, pushing its basic premise as underlying dialogue to its invigorated gameplay. Regardless, Psychonauts 2 oozes infinite nostalgia that’s parried by generational roots, and sure it may lack some depth in additional mechanics, but impresses marginally over its prequel. Portraying everyone’s favourite rebel Psychonaut, Razputin Aquato (Raz for short), the adventure begins with our protagonist heralded by unexpected superior and second-in-command, Hollis Forsythe, who commends him on his valiant efforts, only to be “promoted” as an intern. Without Truman Zanotto present to overturn this unruly decision, Raz investigates his mysterious disappearance only to learn of a devious plot set out by two-faced, double agents that look to appropriate the Pyschonauts organisation.

Amidst quandaries and conspiracies that have backed Raz into a confounding situation, the search begins for a suspected “Mole” that may be forming a party to takeover the Psychonauts, and revive a threat from their past to manipulate and scapegoat as their pawn. Now with no other option, Raz must infiltrate the minds of the Psychic Six, with hopes of resolving a situation only made profoundly worse by pseudo “dentist”- mad scientist, Dr. Caligosto Loboto, D.D.S.. Entering Loboto’s completely bizarre mindset, Raz, Sasha Nein, and Milla Vodello venture through an eccentric alcazar, exposing the puppet master, Maligula Galochio, a renowned mass murderer and one of the greatest threats to the Psychonaut industry. Without choice, the group must invade the fervent mind palace of each founder to uncover hidden secrets that have been vaulted from the populace.

it’s suggestive in its vices, demonstrating guilt before greatness, but it excellently and sensibly deals with mental health issues with great respect in its distinct depiction

What manifests is a dazzling world mixed with emotion, tackling apathy in a twisted perception. The title highlights struggles and personal demons, alongside confronting themes that may be sensitive to some. From anxieties to alcoholism, a myriad of deceptive constructs are embedded to look relatively innocent but tell a deep-seeded story within each founder that demonstrates a varied side to their character. The unconventional architecture that is built within each level’s layout is vaguely similar to the modern platformer, although it’s skewed interpretation is backhanded by the campaign’s dark nature, which supposedly tries to dissimilate the title’s design with empty beer cans that act as a safety net upon evading hazardous impediments. It’s intently obscure and assertive exposition that has you rethink creativity through flaws of each personality within their cognitive world. The one common theme I found here was escapism, representing a hook or outlier and it certainly hits close to home.

✔️An essential gaming experience that has been 15 years in the making.

✔️Campaign is chock full of content, that isn’t extremely demanding; Play at your leisure.

❌Some sensitive themes may divide its audience.

Psychonauts 2 is all about refining the establishment – if it ain’t broke, don’t fix it. But it does not mean don’t improve upon, in which Double Fine have appropriately doubled down on. It won’t take long for the devout to be reacquainted with predominant gameplay features that were essential to its predecessor’s success. Using Raz’s Psi-powers, which include Telekinesis, Pyrokinesis, levitation accompanied by melee, and ranged combat are an incredibly delectable combination of useful offense within the intern’s arsenal. A treasure trove of collectables will elevate your rank and help Raz level-up to enhance his XP, which in-turn makes the Psychonaut an extremely flexible protagonist.

“Figments of imagination” and “Nuggets of wisdom” are represented in small items that are used as points to upgrade abilities. “Psi-cards” have multiple uses but are prominent in ability points. You will be notified when upgrades are available with each level rank obtained. The ability wheel allows a seamless transition between multiple manoeuvre’s in Raz’s repertoire. With an unforgiving cavalcade of cronies to batter, an ease of access is vital and Psychonauts 2 demonstrates this with perfection. Each level will propose a gameplay loop which escalates towards the final boss area. The hilarious bickering between baddies and the confronting quotation between our hero and each Boss ensured an engaging escapade from start to finish. Anecdotes of suppression, depression, and addiction were some of the more jarring, but were understandable in campaign’s overall premise.

Aesthetically speaking, the title retains its Dreamworks/Pixar-esque design, separating itself from the slew of action titles that were dominant on its predecessor’s platform. Its trademark abstract and jarring palette contrast that of a contesting platformer in Insomniac’s Ratchet and Clank. The audio-visual tandem is quite the sight to behold, as the game is excellently designed to dispose a sensationally erratic and empathetic tone in not only its writing, not only character portrayal but its range of cues and beats. It’s a fantastical foray of the mind that has maniacal and melancholy written all over it. Yes it’s suggestive in its vices, demonstrating guilt before greatness, but it excellently and sensibly deals with mental health issues with great respect in its distinct depiction – one which storytellers and screenwriters would tread lightly on these days.

Psychonauts 2 is for anyone and everyone that loves gaming. It appeals across a broad spectrum, from teens to adults; from the casual gamer to the hardcore. It’s crafted with love, and designed with intent to tug at your heart strings while deviously playing with your morals. You cannot miss this outlandish experience, a true testament to Double Fine’s legacy and to our beloved medium. I’m still digesting and dissecting a ton of plot points and major story beats that are too much of a giveaway to detail here, but its lasting impact has astonished me with both pleasure and profoundness. I’m elated to have experienced such an awe-inspiring tale, one that no doubt has motivated me for the better, and that I will surely be reflecting upon for a long time. I can without doubt, unequivocally recommend Psychonauts 2, as an essential title for 2021. Game of the Year worthy.

Psychonauts 2 will be a third-person platform game similar in gameplay to its predecessor. The player will control Raz, a newly graduated Psychonaut with powerful psychic abilities, as he delves into the minds of others. 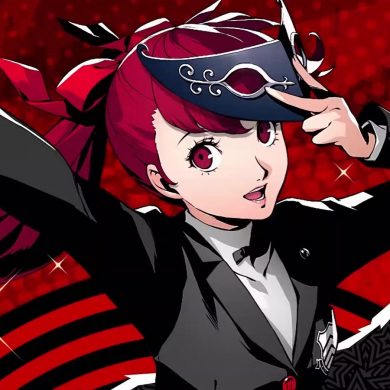