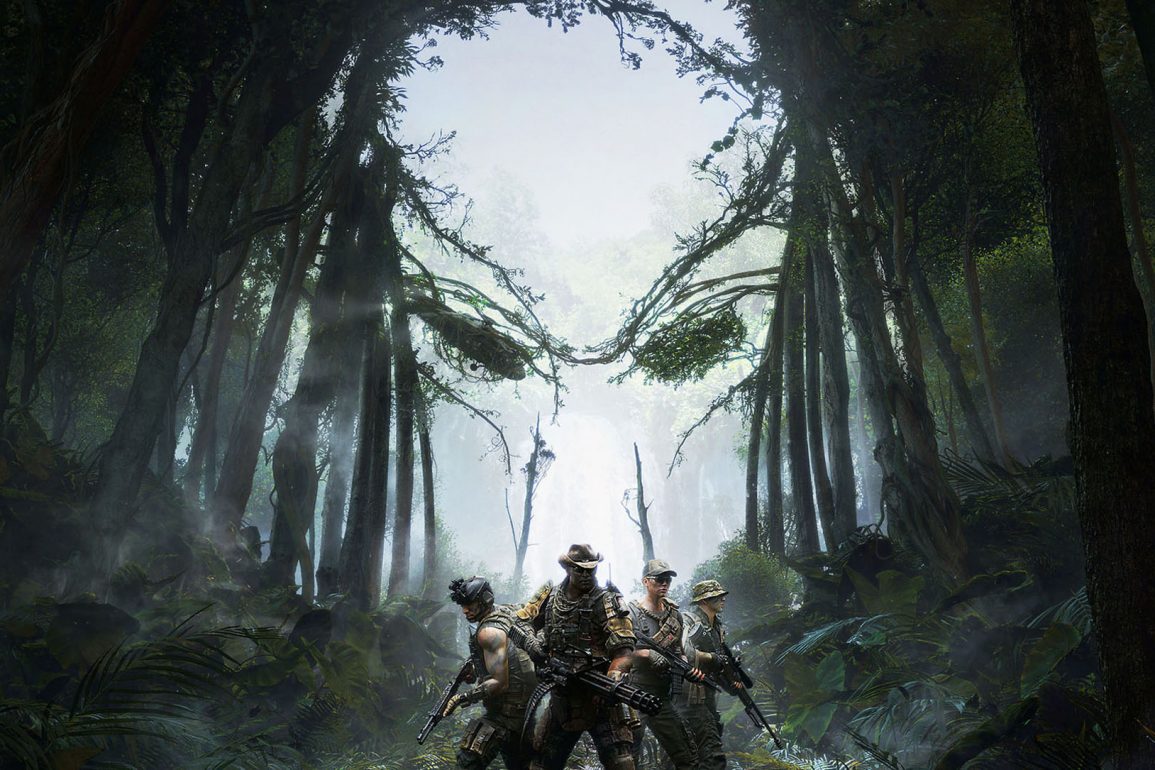 ✔️Solid adaptation in capturing the 80’s aesthetic presented in the feature film.
✔️The Predator is a fun character to utilise.
✔️Shows imminent promise, but not yet.

❌Gamebreaking bugs will stall your time in-game.
❌Objectives are a simple ploy to bottleneck your experience.
❌A.I. are braindead zombies.

I would be doing an injustice to people reading this review by not revealing my reservations heading into Predator: Hunting Grounds. Having experienced the Colorado based developer’s previous title, in what seems to be a slew of adaptations from individual Horror Franchise IP’s owned by various major studios, Illfonic’s Friday the 13th, most certainly had left a somewhat divided reception within the gaming community. Attempting to engage in an online survivor horror video game, with only an “above average” delivery towards its efforts, had people feeling perturbed and discontent towards the final product. While it may have had numerous shortcomings, Friday the 13th was noted as a best seller, moving over 2 million copies worldwide within 2 months of its digital launch period. Regardless of its low-grade graphics and shaky exterior, Friday the 13th, went on to be a critical success amongst fans who adore the franchise itself.

Be that as it may, it was hard to ignore the drawbacks that many found concerning, It was announced back in May of 2019, that Illfonic was behind the development of Predator: Hunting Ground, and while I remained pessimistic, there was a slight chance that the studio had learned from all frailties that were left as lingering thoughts from Friday the 13th, My mind could not erase the foundation laid for the studio’s attempt to market it as mainstream and worthy of carrying the label of such an iconic series. Yet here we are again, Illfonic’s attempt at redemption. My unease towards reviewing this title came in the factor of two minutiae’s. The first being the obvious predecessor, and the second being the studio’s history which hasn’t had a title that’s been labeled a “commercial success”. Yes, it’s unfair to assume that Predator: Hunting Grounds would deliver a benchmark setting quality title from the studio’s previous adaptation, but it apply’s the adage; “Fool me once, shame on you. Fool me twice, shame on me”.

They say “patience is a virtue”, and how you will need it. I can say that after my first night of experiencing long queues and waiting times, I was somewhat impressed. While my initial thoughts were unfavourable of the title, waiting a few days after its release was the best chance it had in reassuring a clearer perception of what was on display. However, this does not change the fact that Predator: Hunting Grounds, is nowhere near the quality we have come to expect from developers in our current climate, but it does present some factors that make it engaging. The 4v1 fireteam approach changes the scope of the traditional arena shooter, and provides more than a contingent effort to surprise the player and their cohorts in a battle. If you do the comparison then sure, this rings similar tones to Friday the 13th, in the fact that you’re ultimately playing an online game of tag, with Predator presenting it in a systemised technique.

Beginning with two teams landing on opposite sides of the level, your will explore the jungle which replicates scenery from the original 1987 Schwarzenegger classic, Predator. Completely objective based, the opposing teams will be given a list of tasks to fulfill. Once completing the objective, all surviving members must flee to extraction and there’s only one way you could possibly do this… “Get to the Chopper!”. Objectives may range in case of all scenario’s set forth, such as data retrieval, obtaining stolen artefacts, compromising a drug smuggling ring, etc. While given range, most objectives will land the same result and become obvious that it presumably bottlenecks your progression. There’s no pay-off to completing each objective, rather it plays in part of making each party the Predator’s prey.

While the focus of the title places the titular character at the forefront, there’s a genuine feeling that the entire development process had decided to put its efforts into making the Predator character polished, while thoughtlessly creating each human/militant character to be as stiff as a cardboard cutout. Zero emotion, duplicate models, and bland texture mapping are entirely evident and can be a major distraction. Human AI seems non-existent, and your missions will feel less like a task, but instead a chore. In the grand scheme of the title’s turmoil, it’s obvious that each party is present to generate chaos, and garner the attention of the camouflaged creature. With Predator invisible to the naked eye, the player controlling the alien is easily able to scale trees and huts, to hunt down any human player they deem as an easy casualty. This puts an emphasis on the entire experience as neither you are just another victim, and that it’s all about skill and survival.

I wish I could state that the core gameplay loop delivers the same qualities we have accustom ourselves to in other online arena shooters, but it would be ignorant to state this, wholeheartedly. At times the title felt like a broken and buggy mess, with AI freezing and floating in randomly, there was one notable circumstance where the game soft-locked and the mission was left incomplete. I had one chance to experience Predator’s gameplay loop, and I must say that it most certainly felt like a completely different game. If anything, it felt polished on the Predator’s end. Playing as the antagonist of the title was a treat in itself, and to be given the experience of viewing the character in third-person was an immersive experience. Engaging in-action as Predator was an improvement over the vanilla first-person shooter portion. However, controlling the dark demon, I did find some difficulties in learning his actions. You will be given a quick tutorial on how to control each character, but it can become a little bizarre acclimating yourself to one control scheme that moves differently to the other.

I loved using Predator’s infrared/heatseeking vision. It allowed me to gain a steadfast advantage over the entire troopline that was attempting to overtake each portion of the South American Jungle. Scanning through each section of the map, you’re able to find each threat and quickly scale through the jungle, climbing trees and hurdling tall huts. The only drawback is that you cannot clearly identify who is human, or AI. It truly felt like an espionage mission using Predator, trying to gauge the entire outcome of the session. Once engaging in battle with humans, you will find yourself in love with the titular character’s arsenal. The satisfying, yet cringeworthy cracks of a humans spine ripping through flesh made it evermore enticing to continue playing in hopes of scoring another session as the charcoal shaded creature.

It is baffling how some games will deliver a subpar experience, but can redeem itself with simple qualities that make for entertaining sequences. Predator: Hunting Grounds makes good on this notion. While presentation may not be its strong suit, I took a moment to reflect on my entire experience. Did I initially like Predator: Hunting Grounds? No. It’s rough around the edges, but it came away feeling like a guilty pleasure. To jump in and destroy a team of braindead chuckleheads that are as lifelike as a generic zombie from any survivor horror title, was cheesy and awful… but I just could not stop playing. It was so much fun to engage with players online, from noting direction and giving instructions, then to share some of the weird and whacky bugs on display. We all had a good laugh at how overdramatic its delivery was, just like the movie itself.

With some defects and flaws, there’s hope in consideration of unlockables that will enhance your experience. While you will need to grind in order to obtain an assortment of armoury, it will no doubt improve your engagement and encourage to you to further your time with the game. Nonetheless, a title such as this shouldn’t rely on congesting its core mechanics, for the sake of netting a player in hope of keeping them committed for a longer period. It’s inevitable that we will get additional features later down the line, but the game itself should be just as polished now as it will be in the future. There is no doubt that it delivers some indulgence and satisfaction, given its pabulum approach.

Predator: Hunting Grounds is acceptable. It’s nothing groundbreaking, nor would I say that the entire experience will be categorised as polished. It has a rough exterior to work with, and would be defined as half-baked in some circumstances. It delivers on its promise in giving players a chance to control the clouded creature, but misses its mark as a solid arena shooter. It’s a tough task to adapt an established franchise, one that is iconic as Predator. I will give credit where credit is due, I had a lot fun. Illfonic’s respectable efforts are recognised here, and have shown a slight improvement over their previous survival horror title. It certainly is in need of further development, but you will have a good time playing, disregarding its barefaced blunders; for however long though, is at your discretion.

In an update released by Illfonic and Sony Interactive Entertainment, there have been some slight adjustments made to the title. The aforementioned lobby times have seen major improvements, with online matches connecting almost instantaneously. Some slight hitches are still present, but most glitches and bugs that were previously reported have been amended with the new 1.06 Patch. Hunting Grounds no longer feels unbalanced with the Predator in a favourable position; many features for both militant characters, and the creature are regulated for a sincerely straightforward encounter. This is an appreciated improvement, notwithstanding the changes made to AI. Previously, CPU characters were noted to be as motionless as cardboard cutouts. Now their interactions are delivered in a lively, more animated manner despite retaining some annoying habits. While in battle with the Predator, the AI become an added obstruction with their sole purpose of being a supplementary distraction. I can appreciate Illfonic’s effort in facilitating an added layer in hopes of camouflaging bugs in its final product, but it still has a ways to go before it could be considered anything above average.

Predator: Hunting Grounds is a multiplayer video game developed by IllFonic and published by Sony Interactive Entertainment for PlayStation 4 and Microsoft Windows. 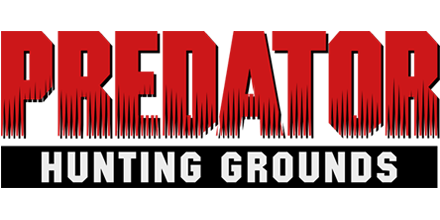 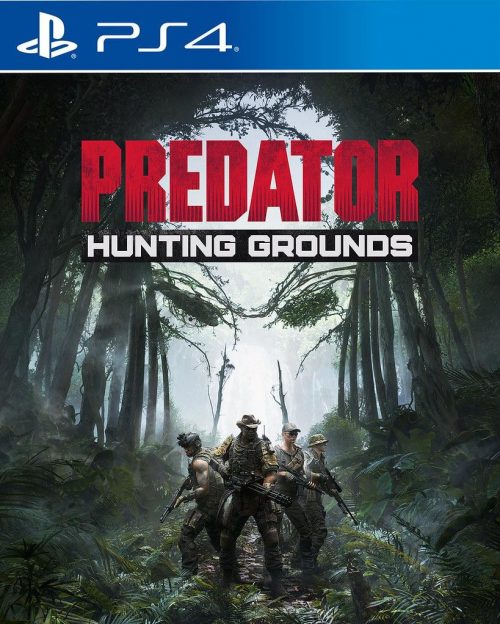 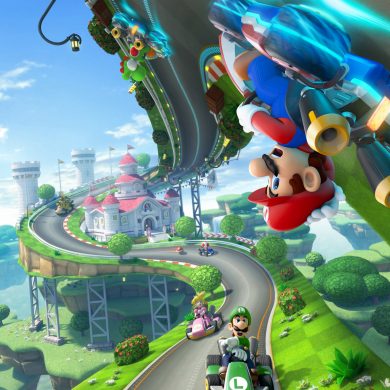