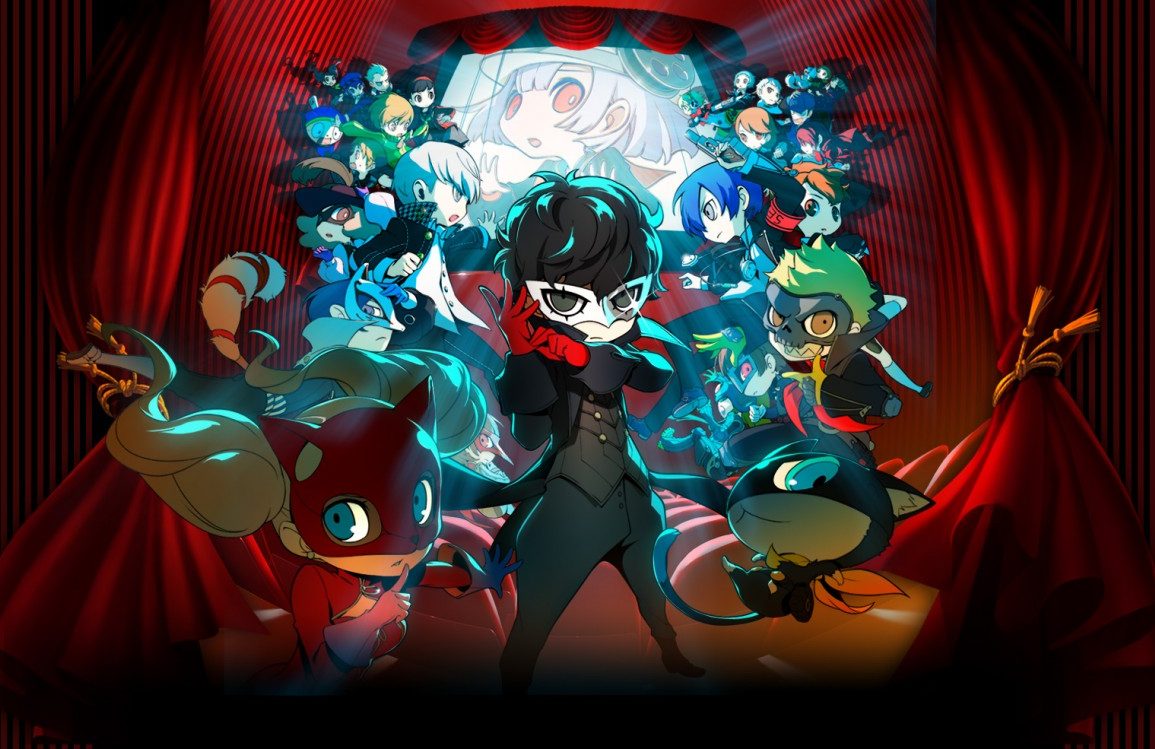 Welcome back, Phantom Thieves. Yes, I love Persona. Everything about the series makes me just want to forget about the world, and dive deep into this insane fantasy. Metaverses, alternate realities, different dimensions, it’s something that has piqued my interest since childhood. Tinkering with every sense of the world realism, it’s been a kindred connection to me, and my imagination for a long time. Persona knows how to play with those emotions, and not only do ATLUS do it well, they do it to perfection. For Persona Q2 to be releasing on console taking preparing to take it’s final bow, it certainly is a bold risk here. ATLUS’ strategy to release PQ2 beckons the question, would have this been better off on Nintendo Switch? or does this game feel at home on the Nintendo3DS?

Having personally spent over 600+ hours with Persona 5, I was excited to finally sit down with the long awaited Nintendo3DS sequel, to the original Persona Q: Shadow of the Labyrinth. I remember the original having an awesome backstory, but the lack of character depth and development, left a less than desirable outcome for the handheld crossover. While it was fun to revisited such beloved characters like Yu Narukami (aka P4 Hero), and Makoto Yuki (P3 Hero), and their respective clans, the vibe of the original titles were completely left out, making the experience one players were not completely sold on.

Personally, I had no issues with the original title. It reminded me of the original Revelations: Persona title, back on the PlayStation (PSX). The gameplay’s mysterious corridor feel, and dungeon design had my interest. While not as piqued as it was coming off from playing Persona 4: Golden, on my PS VITA at the time, I was definitely keen to jump back into the world of Persona. And the fact that we had a party crossover with my top two Persona titles at the time? Yes please. I’d be lying if I told you that I completed the title though. Like many, I felt like it was definitely missing a vital piece of character development, and meaning. It just felt like an excuse to throw the protagonists of each P3 and P4 together, turn them into chibi characters, and essentially sell it as fan service. With Persona Q2, I can gladly tell you, that the game is it’s own marvel. Having the ever-so popular Phantom Thieves join the party, now brings familiarity to the adventure, for those who are fresh into Persona, and presents triad of mystique and amazing plot.

Gameplay certainly mirror’s it’s prequel, with the returning corridor element, however dungeons now present amazing terrain, designed with stunning eye-popping elements, that invite players to search for hidden secrets, and engage with your surroundings for hours on end.  Running into enemies in each dungeon feels right at home with the usual turn-based combat. Unlike Persona 5 where only the protagonist may hold one Persona, all Persona users have the ability to switch out any Sub-Persona they may want to use in battle. The addition of the baton pass in PQ2 adds a whole new element to the handheld title, giving players the option to switch to a desired party member, during battle. This is accomplished by hitting your enemy’s weakness, then the computer giving you the option to bass said baton. Each dungeon will have their own unique puzzles that act as hurdles that you will need to overcome to progress through to the next part of the map. Kamocity will have spotlights that you will need to avoid, while trying to sneak through, to avoid being spotted, akin to Persona 5’s spotlight’s seen in such dungeon’s as Kaneshiro’s Bank.

Going back to character interactions, having the recent three past Persona universes collide here in PQ2, is incredible. The banter we see between characters like Kanji and Morgana, or even Unison skills that pair up the likes of Futaba, Rise, and Minato will have you squeeing with glee. Yes, these are total moments of utter fanservice, but it’s something we’ll more than likely never see in a mainline Persona title. If there is anything I must say that I do miss from Persona Q, is the english dub. It’s probably the only notch on this game I have. Having the entire English cast for all three Persona titles return for a brand new adventure can be understandably draining. However, there are moments in the title that I believed needed this. Lack of localisation does hurt the game in some areas more than anything, but the title still does hold itself perfectly without a dub.

The soundtrack to this game. What more can I say? It’s incredible. A Nintendo3DS game having an incredibly composed Persona based Soundtrack is feat in itself. The hop-hop influenced beats of P3, the Pop and Rock from P4, meld well with the upbeat Jazz from P5. “Road Less Taken”, composed by Atsushi Kitajoh, mixes all three forms of said genre’s from past Persona titles, which is performed by Yumi Kawamura (P3), Shihoko Hirata (P4), and Lyn (P5), along with Lotus Juice to perform rap sections of this track. The amazing battle themes, and map music keeps you in the element, with each map presenting different parts of previous titles, matching said title’s genres. The opening cutscene is animated beautifully to match the titular theme song, from the grainy washed out cinema feel, to the grungy depth of mementos, and the beautifully coloured panels that highlight each protagonist, and their respective groups, bringing anime tropes to a whole new level.

We’re re-introduced to the chibi versions of each character, and protagonist. Detail is sparse of course. I mean, we are playing a Nintendo3DS title, not a fully fledged mainline home console Persona title. But, it’s intricacies certainly outweigh it’s simplistic form. But it’s the gameplay that is certainly king within this title, and Persona knows exactly how to present itself within the realm of JRPG’s. My concern with this title however, being placed on the Nintendo3DS, as the platform’s days are certainly numbered. But there’s no better swansong for Nintendo’s handheld that has lasted a near decade, and has presented us with a plethora of RPG’s. With obvious hardware restrictions, I certainly was confused by this release, not being slated for Nintendo Switch. Not to say that they couldn’t port this eventually to the Switch, which would be incredible to have a Persona RPG title, present itself on the hottest piece of kit in town, along with the imminent Mouso title, Persona 5 Scramble.

Persona Q2: New Cinema Labyrinth will certainly be remembered as the Nintendo3DS’ final bow, and deservingly so. With amazing gameplay, which rounded my total hours with the title to 50, a beautifully designed world of mystique and wonders, a cast of quirky and zany characters that are not only lovable, but relatable, and a marvel of a soundtrack, you are certainly treated to the full package here. It’s title’s like this that will definitely make you miss the Nintendo3DS as a platform, but know that you will treasure your experiences on the handheld for years to come. Persona Q2: New Cinema Labyrinth is a must own for all JPRG lovers, handheld gamers, and Persona fans alike. 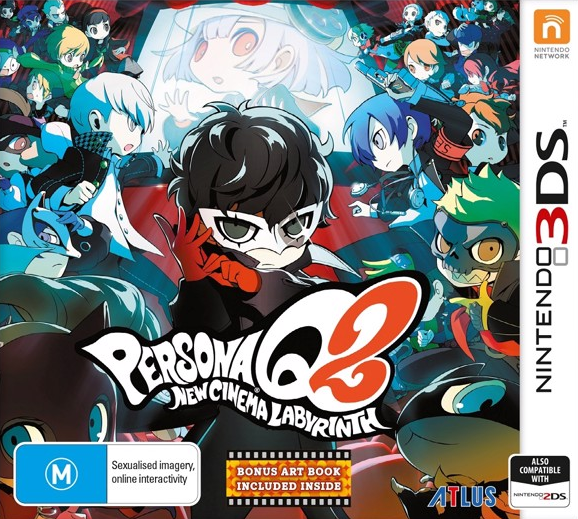 A Review code was supplied by Koch Media ANZ, for this review.

Persona Q2: New Cinema Labyrinth is a dungeon crawler role-playing video game developed and published by Atlus for the Nintendo 3DS. It is a spin-off of the Persona series, itself part of the larger Megami Tensei franchise, and a sequel to Persona Q: Shadow of the Labyrinth. 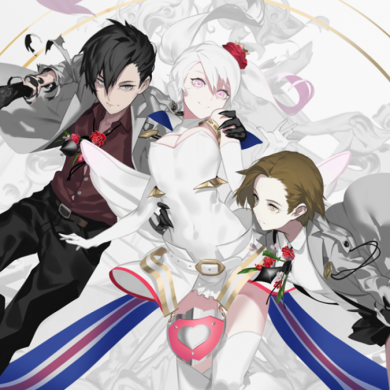