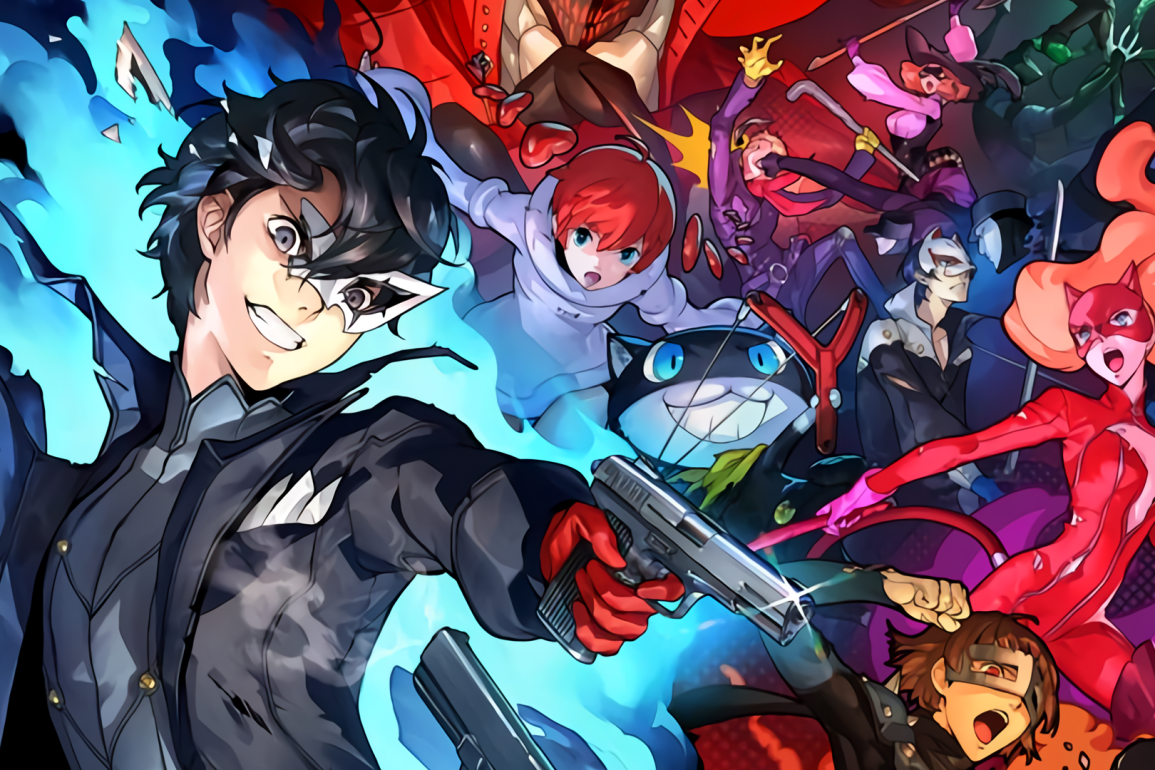 Disclaimer: This preview of Persona 5 Scramble: The Phantom Strikers is based on it’s Japanese release. I have yet to experience every feature of the game, as I am not fluent in Japanese. This will only reflect my time playing the title on Nintendo Switch, with help of a friend to translate dialogue between characters.

Okay, let’s address the big question first and foremost. Is Persona 5 Scramble: The Phantom Strikers (Persona 5 Strikers in the West) the sequel to Persona 5? Yes, It is. Playing the title for 12 hours, I can honestly say that “Scramble” is a continuation of the Phantom Thieves Saga, from the original plot of Persona 5. There is no beating around the bush here, Persona fans love the Phantom Thieves story, and it would have been a sad downgrade to see P5 Scramble set as a basic Musou/Warrior’s title. We’ve seen the watered-down formula applied to various franchises in the past, and it just never sat well with fans from either side of the coin. The most notable adaptation being Hyrule Warriors, The Legend of Zelda x Dynasty Warriors crossover which was met with a mixed reception. Remaining skeptical, I kept a close eye on development and trailers of the game, hopeful that we would not be simply handed a re-skinned Dynasty Warriors.

I’m glad to say, this is not the case what so ever. With ATLUS overseeing development, in partner’s with Koei Tecmo’s Omega Force division, we have been given something truly incredible. Everything you love about both worlds, with an original spin on both Persona and Warriors’ mechanics, combining to make the ultimate Musou title. Everything from the animated cutscenes, the on-screen UI, the music, roaming Yongen-Jaya, and taking a visit to good ol’ Cafe LeBlanc just felt nostalgic. Yes, Persona 5 is a three year old title but if you cherish it the way I do, then Persona 5 Scramble is like coming back to an old friend years later. I honestly took a massive sigh of relief after playing it for a couple of hours, worrying that I would despise the Warrior’s dev team for what they may have done to “my beloved” Persona 5, but they hit a home-run here. I will note that after playing P5S on the Nintendo Switch, it is absolutely possible for ATLUS to port Persona 5 over to the hybrid handheld, but that’s a discussion for another time.

Initially, I was concerned jumping into the game, and there being no real connection in gameplay from it’s beginning stages. But as time went on, I could not believe the amount of original source material that was present here. Having a friend translate the dialogue and where the story was heading, I was dumbfounded by the sheer quality that was presented here. We are getting a fresh chapter, into the lives of these young vigilantes. It’s not just some silly spin-off to make a quick buck from, it really is a sequel. Albeit, the turn-based combat is absent here. It’s a hack-and-slasher, but I would not call it mindless. There is certain skill that you will carry over from Persona 5 that will become evident once you enter battle with each hoard of shadows. Much like the original, Joker holds multiple Persona’s for the player to scroll through, along with all of our counterparts’ own Persona, with their trademark attacks.

So, before I do jump into some of the new features and returning features, I want to make note here that yes, there are a few restrictions placed within roaming your favourite areas, but it’s for good reason. Some areas of Central Town, or Yongen-Jaya will be inaccessible. Not to spoil anything, but the title is bigger than you think. No, you won’t be able to hit any home-runs off a rooftop, or visit Iwai to pack heat, but there will be plenty for players to explore as the story unfolds. Are there palaces? Short Answer, No. Complex answer, sort of. Instead of palaces, these alternate takes on the universe are known as Jails. The surrounding shadows take form of guards, that have stolen multiple hearts of human souls in the form of what looks to be Ruby shaped diamonds, and it is now up to the Phantom Thieves to retrieve them all. While roaming through different maps, you will notice the scale is vastly wider from your regular foyer footslog. However, you will need to carry over the tactical skills you learned previously to ambush shadows. Much like the original, you want to get initiative in battle so you aren’t surrounded by hundreds of shadow guards, ready to viciously pounce.

Enemy Persona’s are once again present, and will sometimes randomly appear in an encounter, or will set the initiative for battle. Just be aware of their attacks as they can and will wipe you with ease. To unleash your Persona, you will be able to freeze the battle and scale around the area by holding down the Right Shoulder button, and aim directly at your adversary. If it’s a Persona to Shadow-Persona attack, then much like original, the Shadow’s skillset will list it’s weakness and you will be able to attack it with your Persona’s ability, allowing you to hit an additional blow, and with luck, hitting the Phantom Thieves’ trademark All-Out Attack. Showtime carries over from Persona 5 Royal, and while the move may have been presented as a tag-team style, cinematic finisher, Scramble’s version is presented as a solo-style cinematic knock-out blow. Joker’s third-eye ability is again present, to help get guide you around different areas and expose hidden clues. Pressing down on the left trigger will highlight objects and pathways, that will lead you to the next objective.

In addition to our group’s individual skill level returning, we have the new addition of Band Level, which is a level indicator for the Phantom Thieves, collectively. With each individual skill-up, your band level will increase allowing you to unlock new skill-sets. These can include anything from enhancing your Persona’s attack range, increasing your MAX HP & SP, to allowing heavier basic strikes. As you battle and increase your Band Level, you will also earn skill points to unlock each of these upgrades. So, the last question here is; if there is no palace, where are the safe rooms? Absent. There are no safe rooms. Instead, they have been streamlined into checkpoints on your map. They appear as a glowing cylinder shape of sorts that once activated, operates identically as a safe room. You may continue roaming the jail, return to the real world, talk with your party, heal-up, or quick travel to another checkpoint on the map.

So far, so good. This is an appropriate way to continue the saga of the Phantom Thieves. The presentation and quality stand-up to the original, and will have Persona faithfuls surprised with the sheer amount detail placed within it’s conceptual design. It’s authenticity will leave you astonished with how accurate and true to form it’s delivery is. My pessimism has been washed away with great promise, within this Sequel. It’s no spin-off, it’s a true-to-heart continuation of the last mainline Persona 5 title. From it’s design, animation, use of existing assets and models, to it’s unique spin on the musou genre that has Persona injected into it’s core mechanics, and the return of our beloved, yet mischievous high school heroes, Persona 5 Scramble: The Phantom Strikers is incredible. We may be waiting a fair while for it’s localisation, but I have a feeling that it will be worth it.

Be sure to catch Dash & Holmesy: Take Your Hearts, our Persona 5 book club podcast right here on DASHGAMER.com, or on your favourite podcast service.

Special Thanks to Ruby Rawlins, for translating in-game dialogue.

Persona 5 Scramble: The Phantom Strikers released in Japan February 20, 2020.
Its Western Release has yet to be announced. 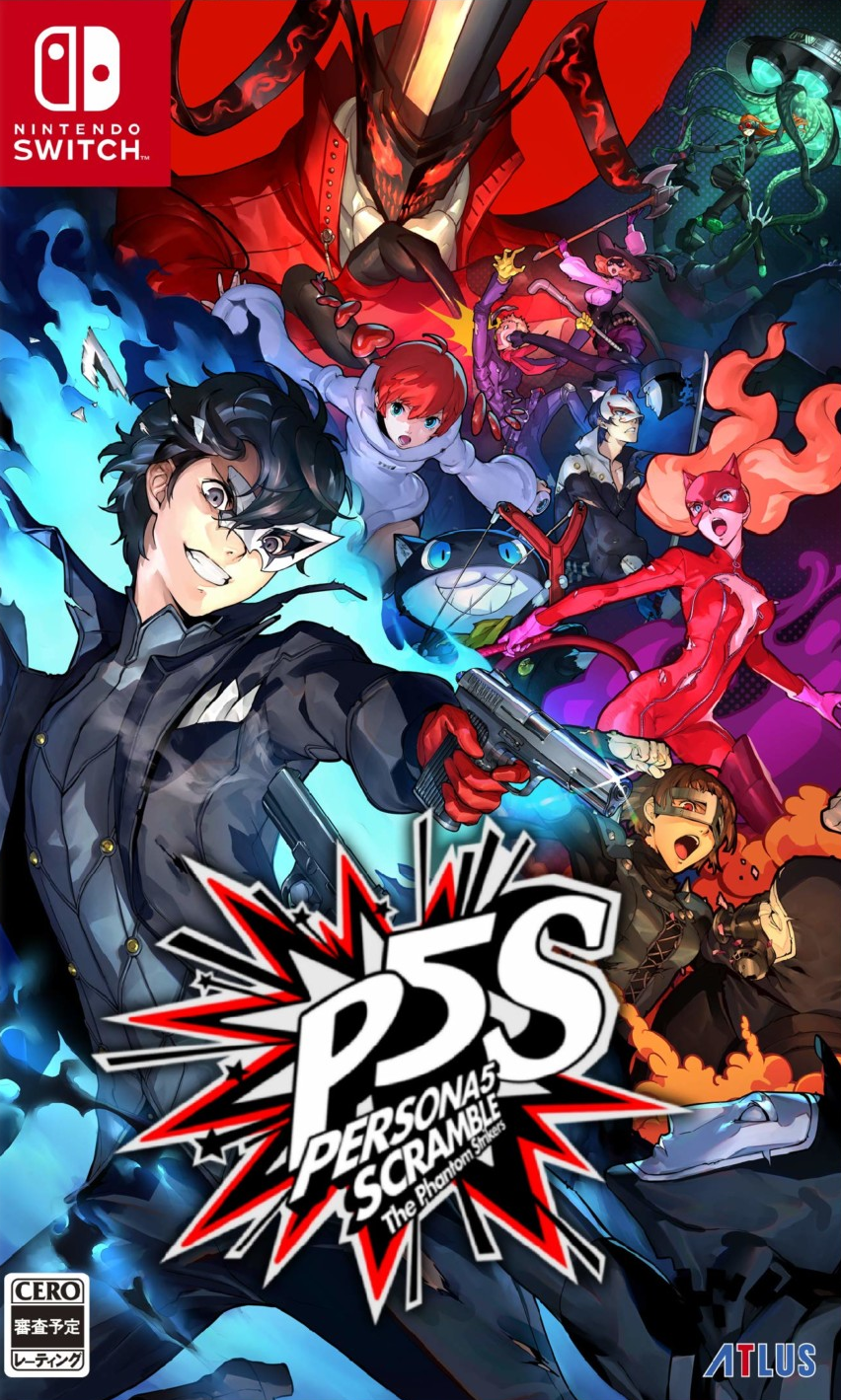 Persona 5 Scramble: The Phantom Strikers is a hack and slash role-playing video game developed by Omega Force and P-Studio for the Nintendo Switch and PlayStation 4. The game is a crossover between Koei Tecmo’s Dynasty Warriors and Atlus’s Persona franchises, and is set six months after the events of Persona 5. 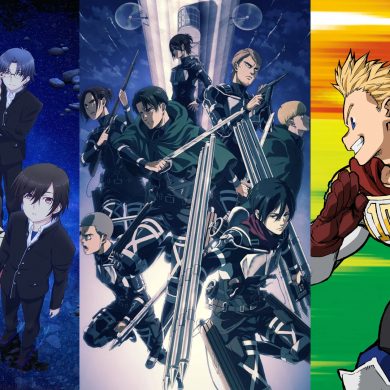