Outriders is almost certain to leave an everlasting impact within the online loot-shooter RPG category. A design that roughly resembles a welcome combination of multiple sci-fi titles that have garnered mass acclaim in their own right. In a perfect world, the amalgamation of Destiny, Gears of War, Mass Effect and The Division would seemingly construct an action-adventure like nothing ever seen before. Undeniably, a manifestation of epic proportions that promises a deluge of delectable destruction and anarchy, as you blaze your way through the galaxy. However, Outriders’ “down-to-earth” juxtapose in its primary stages makes for some interesting narrative development that looks to run players through the gambit, only to find an onslaught of obstructions that stifle its overarching experience.

Striving to evolve within the third-person unearthly escapade, Outriders seeks to segregate its delivery from cited titles that have been imperative to the genre. Not the cleanest, nor the sharpest but achieves an exemplary presentation overall. An expeditious storyline, and an astounding mystique in its setting compensate for the title’s lacking appeal in some regard, but Outriders does manage to exceed expectations after a good portion of its early stages. Not confusing, nor anything confounding but tricky to decipher in some regard as its internal lacking polish does hinder its exposition. But its 40+ hour experience condenses an exorbitant amount of intensity through flurries of compelling combat and gunplay, that will test gamer’s patience. Navigating each war-torn continent as an “alien specie” is an intimidating sensation that will inarguably raise your awareness.

The campaign begins somewhere in-between a series of natural disasters that bought Earth to ruin. In its apocalyptic state, world leaders are forced to congregate survivors into a newly formed colony on an alien planet that sits 83 years away from Earth’s atmosphere known as Enoch. The ECA (Enoch Colonization Authority), is a militant designed relocation programme that hopes to preserve humanity before its likelihood of extinction comes to an untimely denouement. A bleak outlook on society with such macabre undertones that encroaches this grim tale, only furthered by ongoing events that transpire through the ECA’s initial phase in transporting Earth’s populous after one-of-two gargantuan colony ships, carrying five-hundred thousand patrons erupts causing a nuclear-like explosion, wiping out half the population.

The remaining spacecraft successfully reaches Enoch, with the elite task force known as The Outriders infiltrating the desolate environment while forming a military base camp. While the team investigate the area, they are confronted by the Anomaly, a critical energy storm that immediately raises red flags for the crew to alarm the ECA to rescind their mission status, only to have their superiors double-cross them by tasking their personal security to eliminate the Outriders. While the two opposing forces collide, the Anomaly deals an enormous amount damage while fatally wounding a surviving member. Shira Gutmann, an ECA Scientific Engineer saves the soldier and places them into cryo-stasis, for indefinite rehabilitation. A little over three decades, the Outrider is released from the cryo-chamber and informed of the ECA’s failure to launch Earth’s colony on Enoch.

The energy storm had obliterated the ECA’s entire faculty, which encased all inventory, data and technology needed to survive on the foreign habitat leaving occupants of the ECA and Earth’s natives to flee and find sanctuary within a single valley above Enoch’s land mass. The Anomaly has altered the DNA of multiple civilians with each entailing artificially grafted super-powers from the energy storm, causing a civil war between colonists that seek to abolish the ECA by overthrowing Shira, their de facto leader. The Insurgents garner intel on the remaining populous’ whereabouts with the Grand Marshal fending off swarms of the rebellious militia, while engaging with the “Altered”. The lone Outrider is tasked by the former Engineer, with the objective to defend the colony while eliminating all Altered that pose a threat.

the title delivers us a complete package that will easily be adored by fans, and may categorically assert itself as one of its genre's greatest achievements.

The setting of Enoch, had me encapsulated with its lush design but I was immediately confounded by its striking resemblance to Earth. I would agree with placing the human race upon a planet that possesses equal elements of our own, including cultural appropriation and pivotal properties for survival. The essentials such as food, water and oxygen are all sustained but are impeded by this force of alien nature that besets and plagues them from living. The impetus behind our lone recruit in forging a union between the exact party that betrayed them sure is convoluted, but through its unfolding plot the title manages to overcome an assorted catalogue of misinterpretation through the onset. The old guard had plans, but upon being decimated within war, its reformation was under new management in an unlikely comrade from Tel Aviv, Israel.

Thirty-one years can change a person, and we see this character shift from Outriders’ opening moments with a baby-faced Shira, taking orders from her commanding superior whom despises the Outriders place within the government’s hierarchy with malicious intent to dispose of the task force. With the supercell abrogating the ECA from its primitive status, Shira’s ambitions of sheltering humanity had a profound impact on her personal resolve. All this pent up frustration and personality shift shines throughout key moments of this insanely epic journey. While struggling to deal with their own altered identity, our protagonist is moulded through the eyes of the player and relegated to an altered class that sets them apart from their cohorts.

❌You may run into some connection issues, which dev’s have already acknowledged.

❌Bugs and glitches that can be easily patched.

Booting into Outriders, we’re met with the conventional character customisation. As someone who won’t waste time skimming and fiddling through these selections, there are an abundance of features to choose from. But I opted for a quick preset model, chose the default voice and was on my way to Enoch in a matter of moments – or so I thought. It’s well documented by the developers themselves, that there has been a plethora of online problems that have been ironed-out in performance patches, but are still exploring options for platforms that continue to struggle in staying connected. I was met with the “Couldn’t Connect to Server” notification on numerous occasions; A squarely place the blame on a combination of good ol’ Aussie internet and crowded servers of eager fans that have anticipated the looter-shooter’s release for quite some time – the latter being a positive.

Upon successfully connecting, the option of further customising and categorising your Outrider begins to demonstrate more of the title’s ubiquitous traits within its role-playing subset. Fixing your personal protector to their profiled class of four choices on offer; Devastator, Pyromancer, Technomancer and Trickster. Your primary skill level will dispose of few traits, with a specialised Healing Mechanic designed for each respective class. For example as a Pyromancer, I was able to recover while enemies that were flagged by my respective skillset were defeated, replenishing a decent amount of HP. While a Technomancer will recover a certain percentage of health in return for the amount of damage dealt.

Melee skills are as described with multiple functionalities, but does not require you to have a skill slot or Class Point to execute said offense. All four classes inflict their own type of status effect, which can cause a variety of impediments towards foes. The Devastator can cause a slow Bleed-out to all enemies within radius, while a Trickster acts more like a spellcaster that deals “Slow”, which decreases movement by 30-75% according to the enemies resistance. I did find a minor disparity between a congregate of swarms early on, but seemed to have been balanced out after the title’s first patch. An escalating repertoire is unlocked as your skill level rises, with each class having a total of eight skills at their disposal, all entailing a theme that’s attached to its aesthetic. Class Trees are structured to relegate our player to a certain rank.

Class points are earned and can be selected by the player to build upon the bedrock of our character’s own foundations. Each Tree delivers three separate branches for you to connect and map your protagonist’s delivery throughout the campaign. While they are named aptly to fit the class, they’re primarily dominant in three fields: Weapon Damage, Survival and Anomaly Power. You may mix and meld your character’s DNA into an assortment of each, or simply etch your way through multiple facets in one narrow sub-category. While the third-person looter-shooter may lure the casual market into the title, the aforementioned features are more than an adequacy, or complimentary addition. These features are the backbone of this game, the very bedrock that keeps it afloat from its questionable creative decisions.

Before I highlight some of the more confounding elements, I do want to give the game praise in its drop-in drop-out co-op multiplayer experience. This has been the most fun I’ve had playing an action game since The Division 2. A myriad of mods give gunplay an enticing outlook, while you’re sporadically forced into random encounters with the Altered. There aren’t any subtleties in this title, it’s balls-to-the-wall expeditious pacing is elevated by this inhumane game of lucky-dip. A collection of Assault Rifles, Semi-Automatic shotguns, Sniper Rifles, Double Fisted, Pump Action and revolvers are just the appetisers. Each variant also presents its own complex attributes that are decisively classed, with their own Clip Size, RPM, Reload time, Accuracy, Range and Stability. I’m sure there’s more that I’m missing there, but that’s all I could gauge from my first playthrough.

Armour can be discovered in scattered chests within surrounding areas and equipped for added protection. You can also strip enemies, and purchase the item through vendors. As an RPG, each piece of armour is sorted by body part and rarity with Common Armour dispensing the lowest level of protection needed, while Legendary entails the highest. Footgear, Gloves, Headgear and other Armour become available to purchase after you reach Level 5. With 14 locations to explore, each expedition is grouped within fifteen World Tiers or another way of saying fifteen levels of difficulty; Story being the easiest, Immortal somewhere within the middle-ground, and Madness is just incomprehensible levels of deviousness.

Outriders is quite possibly the best all-round online multiplayer, action-adventure RPG/looter-shooter in recent memory. While it still has some minor blemishes that need some tending to, it will undoubtedly make for a memorable exhibition, withstanding fans may be able to overlook some of its glaring aesthetic issues. It’s rough around the edges, but in-between it all Outriders’ instils a high-octane, rambunctious caper that demands your attention. While it may deter the contrarian with a palette for complaining about the odd grinding session, Outriders’ prolific statement plays an important role, impacting the ongoing conversation within its subjugated and controversial genre. If anything, the title delivers us a complete package that will easily be adored by fans, and may categorically assert itself as one of its genre’s greatest achievements. An essential this generation.

Outriders is a cooperative role-playing third-person video game developed by People Can Fly and published by Square Enix’s European subsidiary. It was released on April 1, 2021 for Microsoft Windows, PlayStation 4, PlayStation 5, Xbox One, Xbox Series X/S. 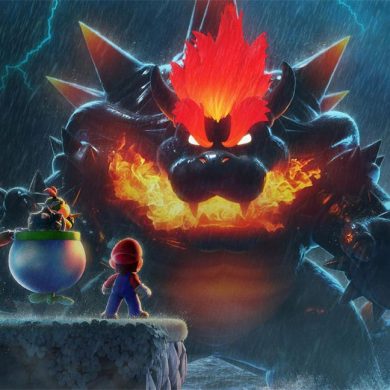