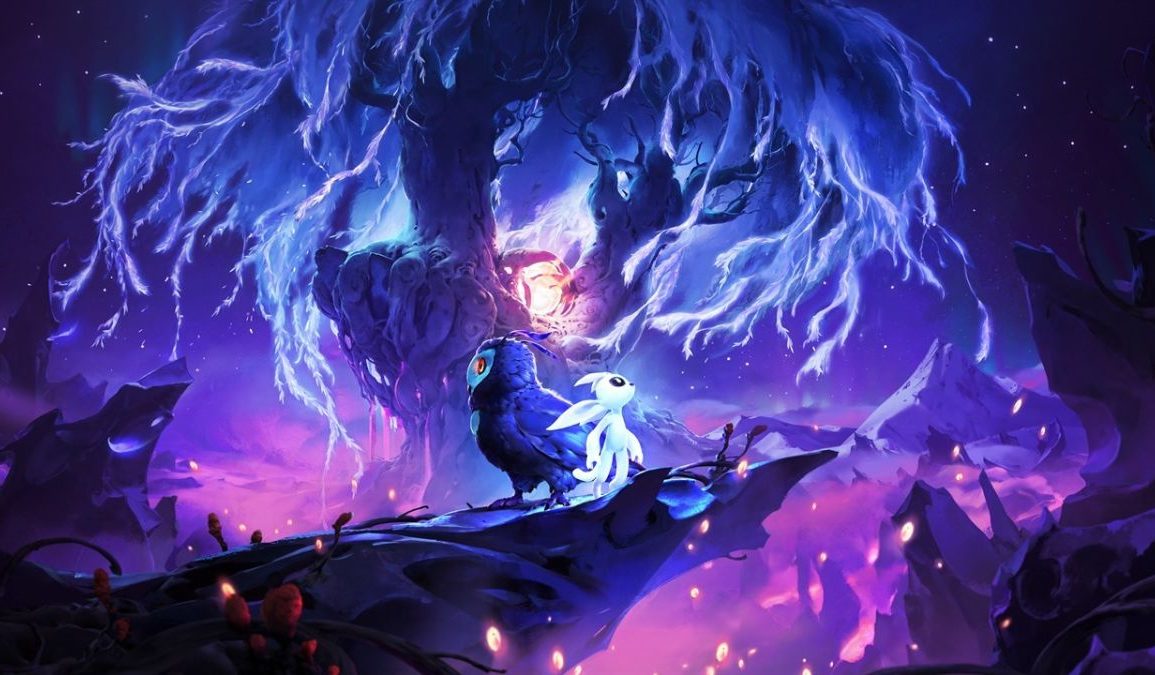 Ori and the Will of the Wisps Review

Note: This review is based on our experience playing Ori and the Will of the Wisps, on both the XBOX One X and PC with the Day One Patch applied.

While taking away the metroidvania aspect of this stunning title, Ori and the Will of the Wisps is a sensational experience, and a sight to behold. While facing many issues pre-launch, the title still had me grasped by its fascinating detail for a semi-platformer that takes everything we know and love about Ori and the Blind Forest and doubles down. Creating a universe filled with a softer aesthetic, yet dazzling with appeal, Will of the Wisps promises on being one of, if not, the best XBOX exclusive to grace us this year. Amidst a world full of anxiety and panic, Ori is the perfect relaxer that guarantees to ease your mind with its intriguing narrative, incredible style, and awesome gameplay. Moon Studios certainly know how to present their beloved franchise with such charm and grace, with an unwinding passion that is appealed entirely through a combination of plot, gameplay, graphical presentation, and sound. Exploring the larger environments in Will of the Wisps, you will immediately grasp the abundance of quality that had been added to the Blind Forest’s foundation for its masterful sequel. I was in awe, and almost a standstill for how incredible this title looked in 4K, and how smooth it ran. Very impressed.

Following on from its predecessor, Will of the Wisps reunites us with our titular character and spirit-guardian, Ori. In tow of our esteemed protagonist, we reconvene with supporting cast and adoptive family, Gumo and Naru. The story begins with all three discovering a baby owl that had just been hatched. Ku, seems to be suffering emotionally after one of her wings had sadly been damaged to the point of being grounded. Unable to fly, she flee’s her family looking for solace upon her hardship. Ori’s will to help his sister, see’s him in search of anything to repair the owl’s damaged wing, in hopes of getting his little sister airborne. Finding a single blue feather, Ori and the others manage to mend Ku’s impaired wing. The two test-pilot Ku’s newfound means of travel and head off into the forest in search of any rations.

After a sudden change in weather patterns, massive gusts of wind hit the pair with Ku’s wing starting to disintegrate. Ori attempts to capture the scampering feather but falls off Ku’s back in the process. After flailing in the heavy storm, the siblings are separated and this is where our game truly begins. With our mission to find Ku, in hopes of repairing her wing once more and returning home, Ori discovers that the Nibel had begun to corrode, compromising all species that live within forest. With his mind set on retrieving his sister, Ori makes the decision to save the dying forest in hopes of tracing his missing sister’s footsteps. Various tasks and side-quests will progress your adventure with chain-reactions that can have an impact on certain events such as re-activating the watermill, allowing you to pass through the decaying forest.

Ori feels right at home on the XBOX, with its whimsical pacing, and charm that melts your heart. Don’t get me wrong, there are moments of moxie presented within its tale that will have your heart racing, with challenging moments of gameplay and a plot-pieces containing utter heartbreak. Attesting to how instrumental platformers are to modern gaming, Ori and the Will of the Wisps harbours a bountiful wealth of hidden treasures. All aforementioned collectibles are hidden deep within the title’s elaborate world; Acquiring these treasures will mean unlocking certain abilities throughout the campaign. Be aware of challenges that approach while unlocking said abilities, as some will come at a price in a steadfast manner that may put your skills to the test. Some I experienced were face-to-face confrontation with bosses, while others were natural encounters while simply attempting to free trapped friends from impending doom.

My ten hours with Ori and the Will of the Wisps were a flurry of emotions based on perception and outcome. There are moments where you will be taken back by the initial plot, how it all connects with Ori’s past, handling his current situation all while admiring the titles intrinsic detail. There was never a moment where this title missed a beat. The incredible contrast between insightful gameplay, pacing and design make for a mixture of pure ecstasy. It’s one of the most thrilling titles I’ve had the pleasure of playing this year. The boss battles alone present such variety and energetic sequences, that it will make you completely forget its state of comfort that fluxes into a moments of trepidation. While I will say I admire the design behind our massive monsters, I will make note that their difficulty seemed to spike somewhere in-between the mid-to-end portion of the game.

I was able to defeat the first few with ease, and had no qualms with any future confrontations up to that point. I wouldn’t describe this as unbalanced, but rather questionable in its conceptual design aspects. Regardless, the entire experience is gratifying and certainly makes me appreciate how simple aesthetics can make any genre or category superior. Ori is a shining example, with its interactive world that surrounds itself with a dynamic environment. Shading, lighting, particle effects, character models, be it friend or foe are alluring, and seem fit for this display of artistry. While we have great examples of metroidvania titles that are awe-inspiring by their own respected integrity, it’s the distinctiveness that separates Ori from the rest. While some may argue that there is familiarity here, all platformers draw inspiration – influencing each other – with basic initial architecture. Ori defies this with its profound presentation that makes it a cut above the rest.

A difference made from Ori’s predecessor, see’s the Will of the Wisps ditch the old upgrade system, and implement a banking system with players able to purchase Shards to unlock certain upgrades. It most certainly felt like developers wanted to fast-track unlockables to players, in a thought-provoking way, rather than a simple menu system; very cool. With the ability to unlock certain skills such as climbing, sticking to walls or reducing damage, there will be a use for every single skill reached here. Be meticulous while traversing through Nibel – Being decisive and rigorous will pay off. Sidequests can be a distraction at moments, but are simple fetch-quests that introduce you to different characters throughout Nibel, while being rewarded. With sidequests being complementary to your campaign, it’s advised to try and grind through some, as they will also affect your surroundings and will place some meaning or repercussions throughout your adventure.

Ori’s combat system is calculated and cautious in Will of the Wisps. The improvements are made apparent from the Blind Forest, with his ability to attack a monster or creature that he encounters, while armed with weaponry. Previous abilities such as Dash are earned relevantly early into the title, meaning that you won’t have to go above and beyond for certain features from the prequel. Using the Bash ability on enemies will boost a ball of light in any direction, and can be used in contingency with enemy ammunition. While the sense of soft and floaty platforming will seem evident, Ori’s refined control scheme is crafted to perfection. This plays in part of its delicate, and articulate design. There is a sense of preciseness that is unmatched, and represents how unique the series really is.

The official soundtrack, composed by Video Game musician Gareth Coker (Minecraft, ARK: Survival Evolved) represents Ori’s entire aesthetic, incorporating tone and charm into its gentle melodies. Representation and artistry is key in delivery for each track that emotes a concise message with every act exhibited on screen. Moments of seclusion or isolation are accompanied by subtle and soothing tunes, such as “A Yearning for the Sky”, while sudden moments of impending urgency are carried by the catastrophic expressions felt in “Escaping a Foul Presence”. Coker’s ability to dramatise each sensation through the title’s background music gives the soundtrack its own character. That’s what makes gaming music unique in its own right, and should be applauded here.

XBOX are sure lucky to have such an incredible platformer in their family of exclusives. Ori expresses excellence in modern day metroidvania titles. While we may have a plethora of previously released titles within its genre, the Ori franchise sits comfortably above the rest. From its incredible detail, conceptual design, enchanting aesthetic, charming appeal, and awesome narrative, you can always include this series in the same conversation with the best-of-the-best in platforming today. Ori and the Will of the Wisps is essential gaming.

Ori and the Will of the Wisps - XBOX

The battle for justice continues, but this time the fight gets bigger, badder, and quirkier in My Hero One’s Justice 2. Based on the hit anime series, all of your favourite characters return in this 3D arena fighter that pits heroes and villains in the ultimate test for righteousness. 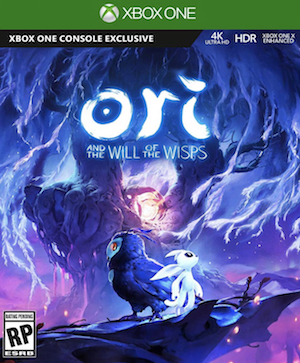 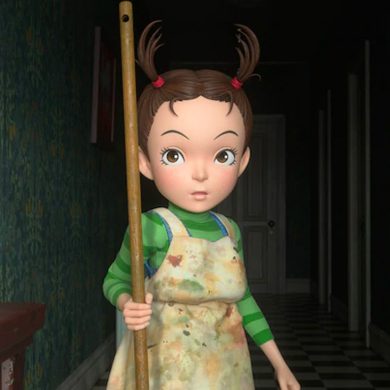