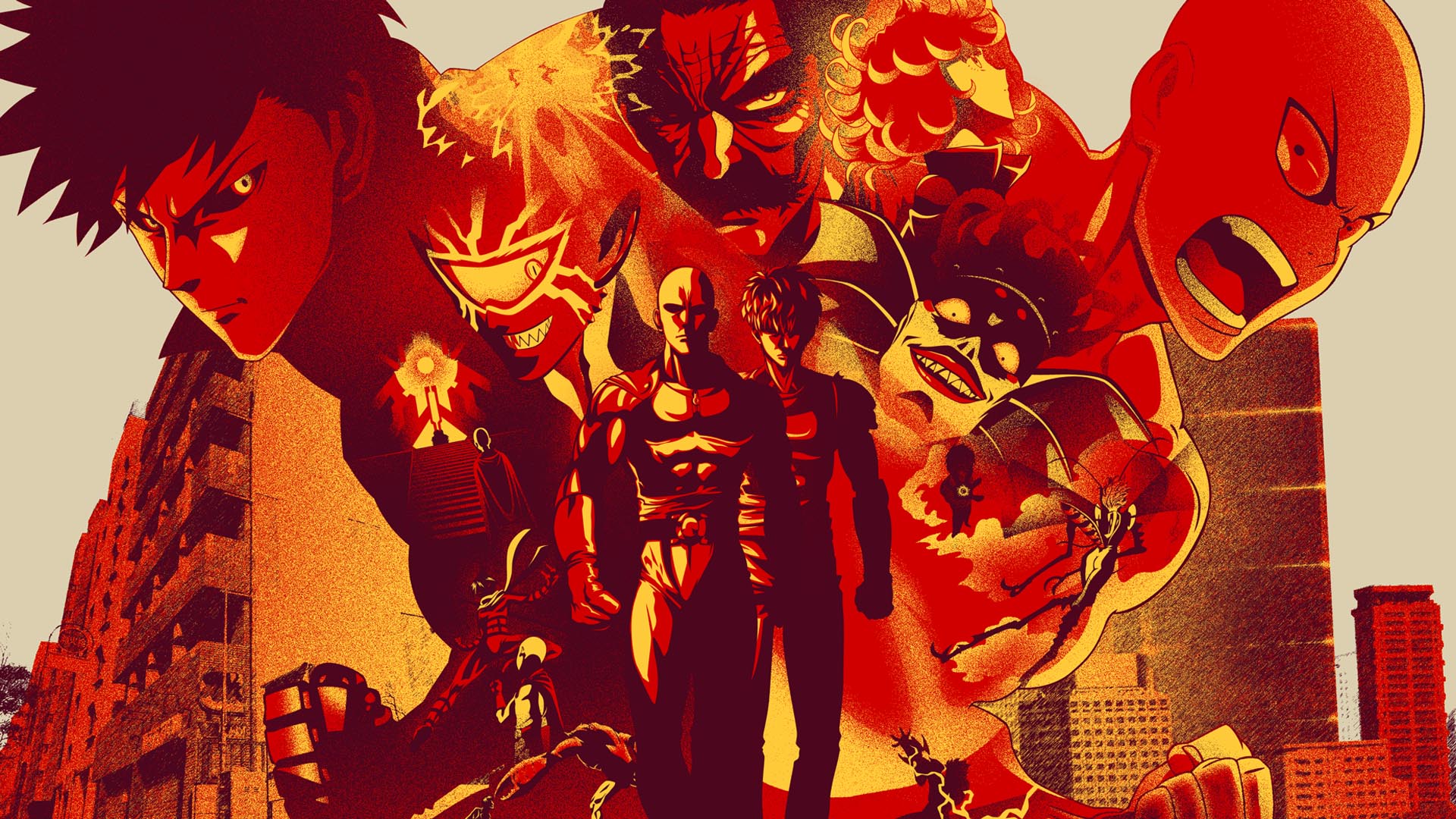 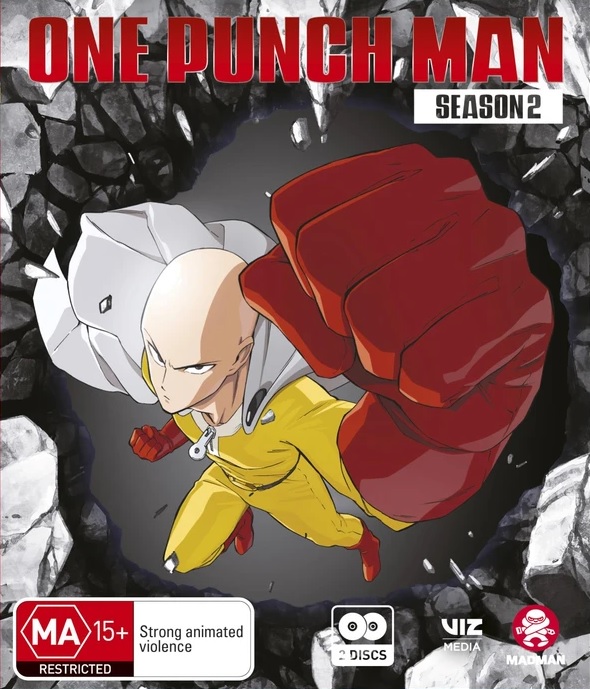 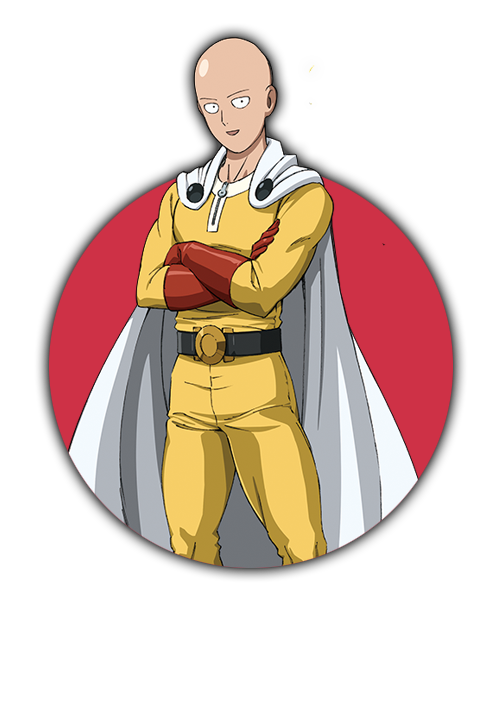 Step into the world of Saitama, the unorthodox super-hero that tries to see the good in everyone he meets, including the villainous foes that attempt to eliminate the legend of the Caped Baldy. His stoic demeanour delivers an indifference in character, only acting upon immediate resolve with the power of One Punch. Initially a hero "for fun", his recognised strength encouraged the crusader to register himself to the Hero Association, known to entail a listing of people gifted with supernatural abilities, and are dispatched and tasked with eradicating all looming threats within Z-City, a fictional metropolis based in Japan. The town itself harbours a litany of heroes, equal to the masses of monstrous enemies that swarm sections in droves. Saitama's rigorous training exposed the custard-coloured, caped crusader's full potential, as he seeks the ultimate thrill of being praised as Earth's toughest champion, but his unparalleled strength comes at the cost of mundane encounters.

Primarily a parody of popular Japanese children's picture book Anpanman, "Wanpanman" was conceived as a one-shot webcomic in early 2009. Manga artist "ONE" had published the comic strip on his personal website with no intention of continuing the character or narrative past its comical concept. As One-Punch Man grew to be a global phenomenon, ONE was approached by Shonen's Weekly Young Jump in hopes of obtaining the publishing rights for the comic, which initiated talks of a weekly serialised comic within their numerous publications. He primed Saitama to be different from the conventional Shonen hero; an awkward introvert that just happened to be passionate about his autonomy regardless of his lacking charisma. A hero that was praised for his ability to annihilate those that oppose him with the simple flex, a clenched fist, and the comical juxtapose that be equated as a physical gesture. This is One-Punch Man.

After a hellacious battle against Earth’s greatest threat in Lord Boros – the Alien leader of the Dark matter Thieves – the A and S-Class heroes remain with the newly reformed Hero Association, where they continue to protect City A from all evil-doers that look to debilitate “The Strongest Hero”. Saitama goes on with his monotonous lifestyle, which leads him to unwarranted confrontation. A series of challenging battles prior gives him hope of an expanded repertoire beyond his overpowered offense. Unfortunately, he reclaims his status as the Caped Baldy that can defeat enemies with One Punch, after a monster tries to best him. Sometime in the future, Saitama and Genos are seen returning home from their local grocer, where the duo spot “King”, and S Class Hero Rank 7 – considered to be one of the greatest of all time.

Confronted by a mutant reptilian monster, King’s notorious heartbeat begins to rev like an engine which tends to warn his opposers that the hero is ready to strike at any moment. With the threat fleeing to safety, King continues on his quest home but is again stopped by a giant robot named G4, who then challenges King to a fight. Frustrated and tired, King just wants to go home and enjoy his day off, but agrees to battle the android, so long as the robot gives the hero some time to charge. G4 gives King ten minutes, or he will kill every civilian nearby. King then heads towards a nearby restroom, where the hero drops his stoic demeanour and begins to panic. A sham, a façade and a complete front, King cowers while admitting to himself that he’s no hero, just a nerd who love his video games and living life as an Otaku, that was mistaken for brave heroics that were at the hands of Saitama himself.

As the crowd awaits King’s return, G4 grows impatient and begins to intimidate the surrounding innocent. Genos steps up and warns G4, with the robotic pair preparing to wage war against each other. King takes advantage of the situation and makes an escape, rushing towards his apartment complex but is spotted by Saitama. Curious as to why King left the scene, Saitama follows the frantic warrior back to his home finding the golden maned idol, seated on his apartment floor playing a dating simulator. King does his best to avert Saitama from the fact that he’s no hero, nervously convincing the One-Punch Man that he is indeed an S Class warrior. Acquainting himself with King’s lifestyle, a massive bird-like monster slams through his apartment with Saitama remarking that the supposed hero draws the attention of many villains. King comes clean to Saitama and admits his flawed character. Saitama then annihilates the bird monster, then resumes his social session with the Otaku while awaiting Genos, and his downtown escapade. 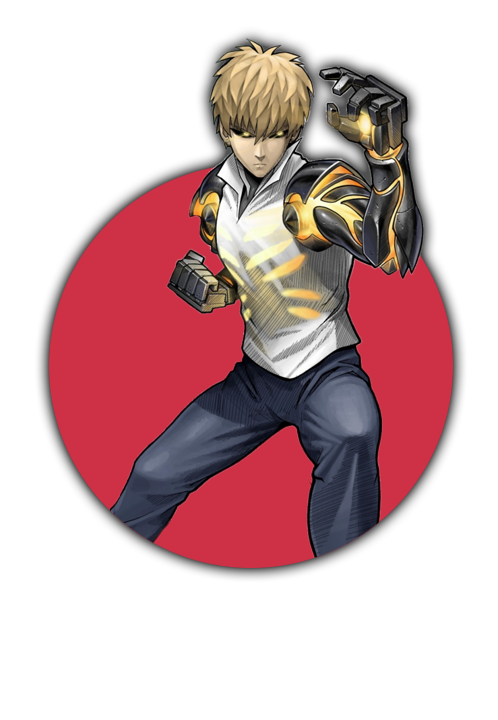 I love this series with every fibre of my being. But I have to admit, the change in studio and direction was a little jarring at first. Animation change was apparent, and an aesthetic that flowed differently that had be perturbed at first, but as I continued my viewing of this incredible show, I fell in love with One-Punch Man all over again. While it may seems “cleaner”, and its action sequences demonstrate a variant that may differ from its initial season’s gruff exterior, One-Punch Man Season 2 manages to seamlessly reprise its infamous allure in action-comedy/superhero parody. While its pacing eventually escalates to its series climax, its mis-match from season one’s endless escapade that see’s monsters tear through Z-City is somewhat tempered. With Saitama, Genos and a myriad of macho supermen protecting the metropolis, an unusual desperation has enemies clinging onto any hopes of eradicating the bustling district of its prevalent presence.

While an essence of Madhouse’s animation style remains present, the difference is unequivocally clear with J.C.’s hallmark flashy style in expeditious sequences. Known for Food Wars!, A Certain Magical Index, and a range of contemporary anime adaptations, it became clear that this was the studios first foray into something as demanding in-detail. One-Punch Man’s explosive set-pieces have been heralded as an artform that remains untethered to other series of similar genre. But I have to admit, this was an astounding feat for the smaller production team to accomplish. The writing is as stellar as it was in the manga. The comical timing is delivered with precision and excellence that only Max Mittelman (Persona 5, Final Fantasy VII: Remake) could. But while I absolutely adore Saitama’s dry wit, Genos stepped up this season, showing great character growth through some great personality changes that made me love his dynamic with his master more-so.

Zach Aguilar (Demon Slayer, NieR Replicant) is trailblazing his way through the industry, proving to be a rising star in the making. With his first role at the age of 16, he’s proven to be an established and well respected voice over artist. At 18, he was given the opportunity to portray Genos in the original series and made quite the impression on critics and fans. The actor has gone onto voicing a number of prolific characters in both anime and video games, while returning to the character that started it all in One-Punch Man’s second season. Of course, it wouldn’t be One-Punch Man without a cavalcade of cameos from leading greats including Greg Chun (Judgment), Laura Post (Persona 5: Royal), Robbie Daymond (Persona 5), Kyle McCarley (Mob Psycho 100), Sean Chiplock (Danganronpa), Kirk Thornton (Persona 5), Sam Riegel (Critical Role), Kyle Herbert (Dragon Ball Super), Jamieson Price (Persona 5), Billy Kametz (Persona 5: Royal), Ray Chase (NieR Replicant), Richard Epcar (Mortal Kombat) and many more. A who’s who lining up to portray fan favourites that may only appear for a split second, but have cemented part of this series illustrious legacy. One-Punch Man Season 2 is an unmissable Shonen, that’s chock-full of energy, laughs and action. The Greatest Hero returns. 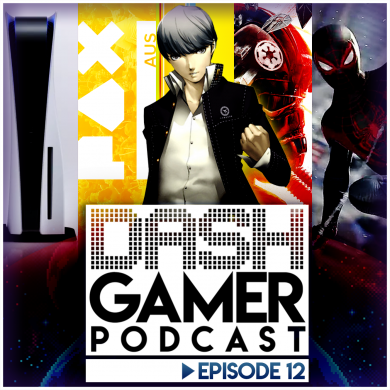