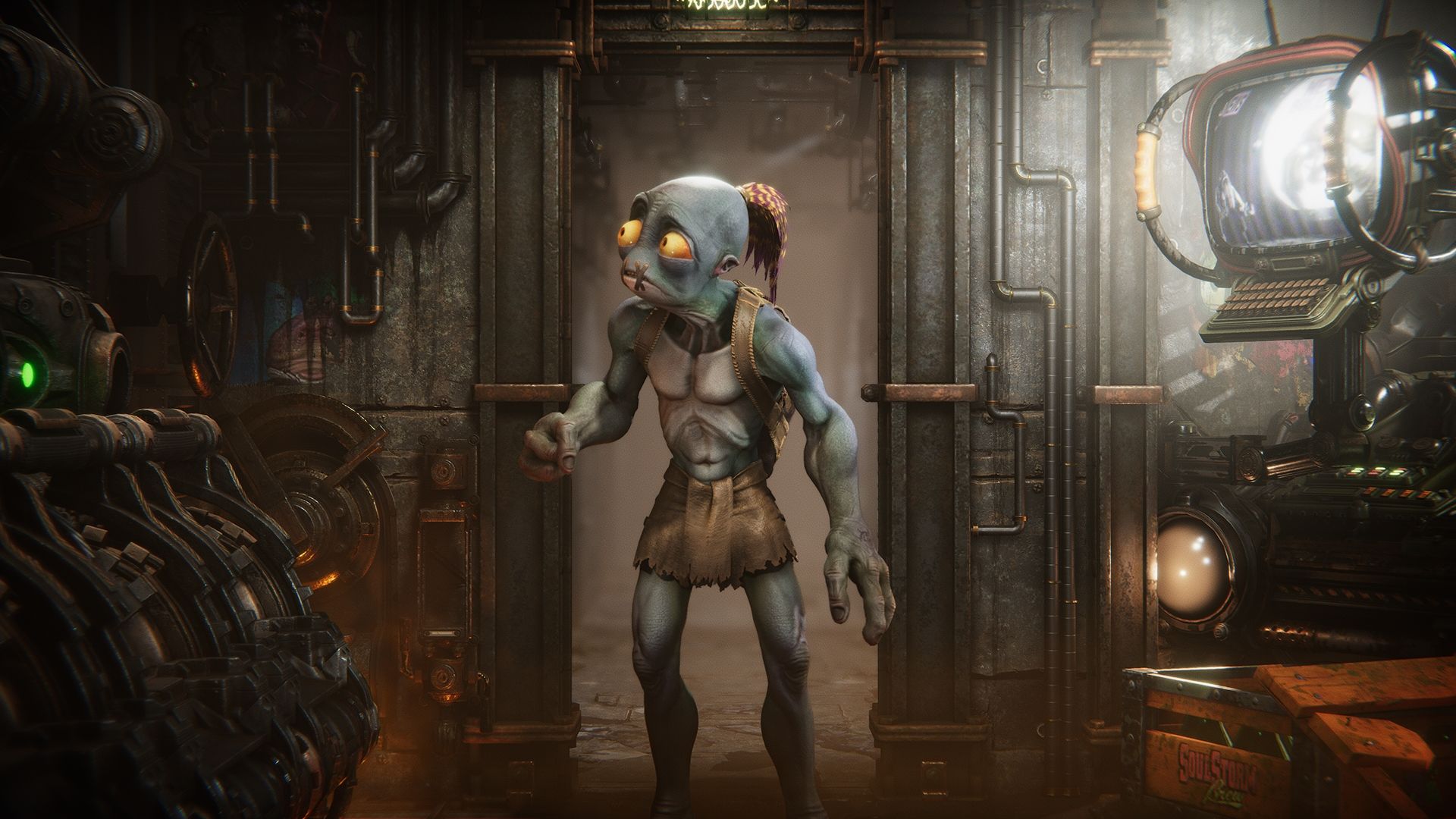 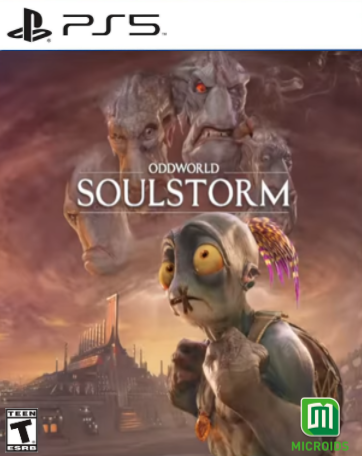 Well, here we are. Another Oddworld, and to be frank I set my expectations low on this one. While Abe’s infamous adventures have left a polarising trend amongst gamers, I was never really awestruck by the series. I struggled to resonate with its 2.5D side-scrolling mash-up, that was made prolific within the leap of fourth and fifth generation home consoles. While I can respect Lorne Lanning’s efforts in creating Oddworld: Abe’s Oddysee, a trailblazing platformer that was without doubt a statement for Western development on Sony’s console, we’ve come a long way since the golden age of gaming with profound improvements made in Oddworld’s ubiquitous genre. I mean, if you go back and play Oddworld: Abe’s Oddysee, then fire-up “New ‘n’ Tasty!”, you will see no disparity in gameplay.

It’s built off the exact framework, and plays almost identical apart from its hard camera and fixed scenery in the original. I will give Lanning, Oddworld Inhabitants and the litany of developers that have aided the studio along the way credit for attempting to prolong the initial franchise with some semblance in overall continuity and aesthetic, but after Munch’s Oddysee, the series was evidently shelved for an elongated period. 2005’s Stanger’s Wrath was an attempt to detour the series into a completely different genre. Deviating from its particular breed of platforming, the Just Add Water developed XBOX exclusive, saw the title omit its flagship character entirely, and forcing the “Saloon-Style”, Outlaw inhabited 1970’s stereotypical Western aesthetic. It wasn’t an Oddworld game.

New ‘n’ Tasty’s release in 2014 was Lanning’s attempt in re-establishing Oddworld, with ol’ Stitch lips’ once again at its forefront with a re-telling of Abe’s Oddysee. Critically acclaimed, Lanning was fast to announce a “true sequel” in development, without a specific release window. Now, we arrive to Soulstorm – a remake to Abe’s Exoddus, first released in 1999. Pessimistic, I was glad that it was made available for free to PlayStation Plus subscribers for the month of April. Regardless, I had every intent in reviewing the game as the Oddworld franchise arguably maintains an adequate slat of clout. Its cult following allows it to continue in one form or another and for that it can attest to its persistence in the industry, but that doesn’t necessarily mean that it has aged gracefully.

Escaping from enslavement and saving his captive brethren from the clasps of the Glukkon, Abe and the liberated race of Mudokons celebrate their newfound independence but after some uncertainty, he consults an elderly shaman that does her best in convincing Abe to remove the stiches from his lips. Abe refuses as its the last remnants of his mother, Sam. While this is happening, a war breaks out as a swarm of Sligs have discovered the Mudokon’s campsite, with the mutant militants blasting out the collective refugees. Many mortally wounded or critically injured, the Shaman accepts her fate but not before urging Abe to find his voice. The burning hut caves in on the wise woman, which then transfers her conscience into Abe’s as she acts as the unlikely hero’s spirit guide throughout the campaign.

The vindictive Molluck tasks his minions in eradicating the entire Mudokon clan, after Abe had initially destroyed RuptureFarms – the factory in which the villainous dictator held the race captive, letting them live so long as they provide free labour in return. As the surviving Mudokon’s flee the scene, Abe makes a quick escape via an alternate route, in hopes the Sligs’ avoid flanking the Oddworld natives. Finding sanctuary within a cave, our beady-eyed protagonist is confronted by the horrifying scene of a fellow Mudokon slowly expiring from what seems to be a gunshot wound. He pleads with Abe to save his fellow man, and to find “The Keeper”. Helpless, Abe doubts his potential in being able to salvage his endangered family from extinction. The dying Mudokon holds onto Abe, and with his last breath pleads once more before passing away.

Oddworld: Soulstorm is a satisfactory offering that's free for PlayStation Plus subscribers in April. But for those that may be thinking of purchasing the title, you may have some Soul searching to consider.

Remorseful for his inability to save the Mudokon, Abe makes haste towards Phat Station where he is instructed to acquire a FeeCo train to lead both Abe and Alf to safety. It’s there where Abe encounters a congregate of Mudokon’s that have contracted a mysterious illness. Abe formulates an antidote after the sick Mudokons divulge the ingredients needed to cure them of their ailment. Abe then discovers a note clutched to another dead Mudokon, which was coincidentally a last testimony to Abe himself to collect the video-cassette the corpse was carrying. Abe grabs hold of the tape and rushes towards the train station where he successfully commandeers the locomotive and makes headway to Alf’s location where both he and the surviving colonists board for their getaway from the dangers of Molluck and his malicious military.

So while I was initially engrossed by Soulstorm’s plot, I found its contrast between story to gameplay somewhat jarring at times; like trying to fit a square block into a round cavity – it became a tedious task to keep me compelled. Its sluggish progression set in a monotony unexpectedly fast with the title testing more than my patience but the ability to keep its allure alive. At the beginning of the campaign, the narrative grasped my undivided attention, with moments of suspense and sorrow leading me into its opening act. But an overall deterrent was about to set in with some of its janky gameplay loop, that I was unsurprised with. It’s sad to expect that level of polish from a title that displays such a gorgeous exterior, but can’t quite piece itself to be classed a calibre worthy of fervor.

✔️A remake that strives to remain faithful to its 1999 counterpart.

❌Has not aged well.

❌Audio mixing is way off.

Oddworld: Soulstorm demonstrates that there can be heart within its structure, but unlike its titular intention, it lacks a whole lot of soul. As cited, I mention the juxtapose between cinematic and in-game experience with an extraordinary amount of polish placed in its pre-generated cutscenes, but its gameplay boasts a bountiful offering of game breaking bugs that re-iterate frustrations I’ve had with this franchise in the past. What made this more confounding was the fact that there were eight development teams working on this title. Far be it for me to criticise small independent studios that work extremely hard to perfect the outcome of such magnanimous project in the eyes of some, but a boisterous brigade blistered with blemishes does not promote a longing prospect for Oddworld’s outlook.

If the gameplay loop wasn’t challenging enough, the desperate act of avoiding these technical impediments make for more frustrating endeavours while trying to best your way through each level. Leaping dark pits with ominous hazards, while avoiding the blazing hot shrapnel of a menacing machine gun, these are just the basics of what kinds of platforming peril was to come. Gears that grind and trap our protagonist, areas obstructed by sickening Sligs that seek satisfaction in requital, and the occasional natural disaster that suddenly strikes out of left field. It can make for some comical moments, but the sudden realisation that you may have missed a checkpoint washes away any comfort or jest you may have sensed.

The sneaking mechanic is imprecise with moments of erroneous unreliability. The first time I followed its instructions, it had alerted two guards of my whereabouts regardless of my ability to successfully sneak past them. I thought this may have been a fault of my own, until I realised this becoming a common theme; the malfunctioning mechanic had demonstrated insufficient and flawed usage throughout the campaign. Ranged offense comes in form of attacking enemies by hurling collected or crafted objects, including bottles of flammable liquids, rubber balls and sticky grenades. Artillery such as a handy flamethrower will ignite a slimy Slig, but will aid you on your journey in opening passageways and blockaded barriers. Simply splash a few beacons of petroleum against tall grass to initiate a controlled flame and burn off wooden a enclosures to create a doorway, then extinguish it by throwing bottles of water onto the live fire. Neat.

Another gripe I had was Soulstorm’s button layout, specifically on that PlayStation 5 version. While it may have been somewhat acceptable (still questionable) to have the sprint button be allotted to R1 back in 1999, it’s most definitely unconventional to place it there nowadays. I liken this to Bluepoint’s remake of Shadow of the Colossus, where the action button for the game was Triangle – still a profoundly misplaced toggler. While I may respect the studio for implementing features that are authentic to the original, an unjustified inaccuracy was reprised in its aiming controls that are utterly useless. Without any give, the retention on the right analogue stick is absent while trying to throw a glass bottle across an enclave, and sure enough the only thing I was throwing in was the towel by spamming each impediment with gas-filled beakers, hoping the area would suddenly implode.

Then, there’s audio mixing issues. Volume-up, volume-down rinse and repeat this cycle, but headphone users beware; this is a trap. Between vocals in cutscenes to in-game scenery, there is a massive difference, and it’s not simply from jumping in and out of each scene. No, this is levels that are beyond unbalance. An example being the title’s opening cutscene with Abe conversing with the Shaman. Abe’s voice is whisper quiet, while the surrounding parties just outside could be heard clearly over the Shaman. If anything this should have been an indicator of what was to be expected. However, the title is absolutely stunning. While the interior may be a little void, the hard shell does demonstrate what Oddworld’s future is capable of disposing. The exemplary aesthetic of a macabre world, exuding an apocalyptic perspective on Abe’s hopeless escapades.

Oddworld: Soulstorm may entail some entertaining features but forgets to lacquer its rough exterior upon resolving its offering. Refinery is beneficial to optics, and how it may shape a franchise’s future. I do see direction, and possibly a positive that comes out of this – Soulstorm may be a learning curb that Oddworld Inhabitants accepts. Given our worldly circumstances, gaming development has been an unequivocal trial-by-fire for the entire industry. The Work-from-home culture does make it insanely difficult for a studio dependant environment to work in unison, but I’m still awestruck by the insurmountable number of development teams that had a hand in manifesting this remake. Regardless, Oddworld: Soulstorm is a satisfactory offering that’s free for PlayStation Plus subscribers in April. But for those that may be thinking of purchasing the title, you may have some Soul searching to consider.

Oddworld: Soulstorm is a platform game developed by Various Developers that including and published by Oddworld Inhabitants for Microsoft Windows, PlayStation 4, and PlayStation 5. 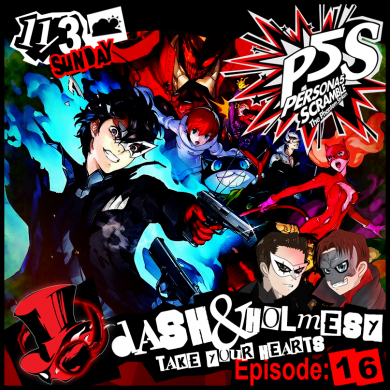