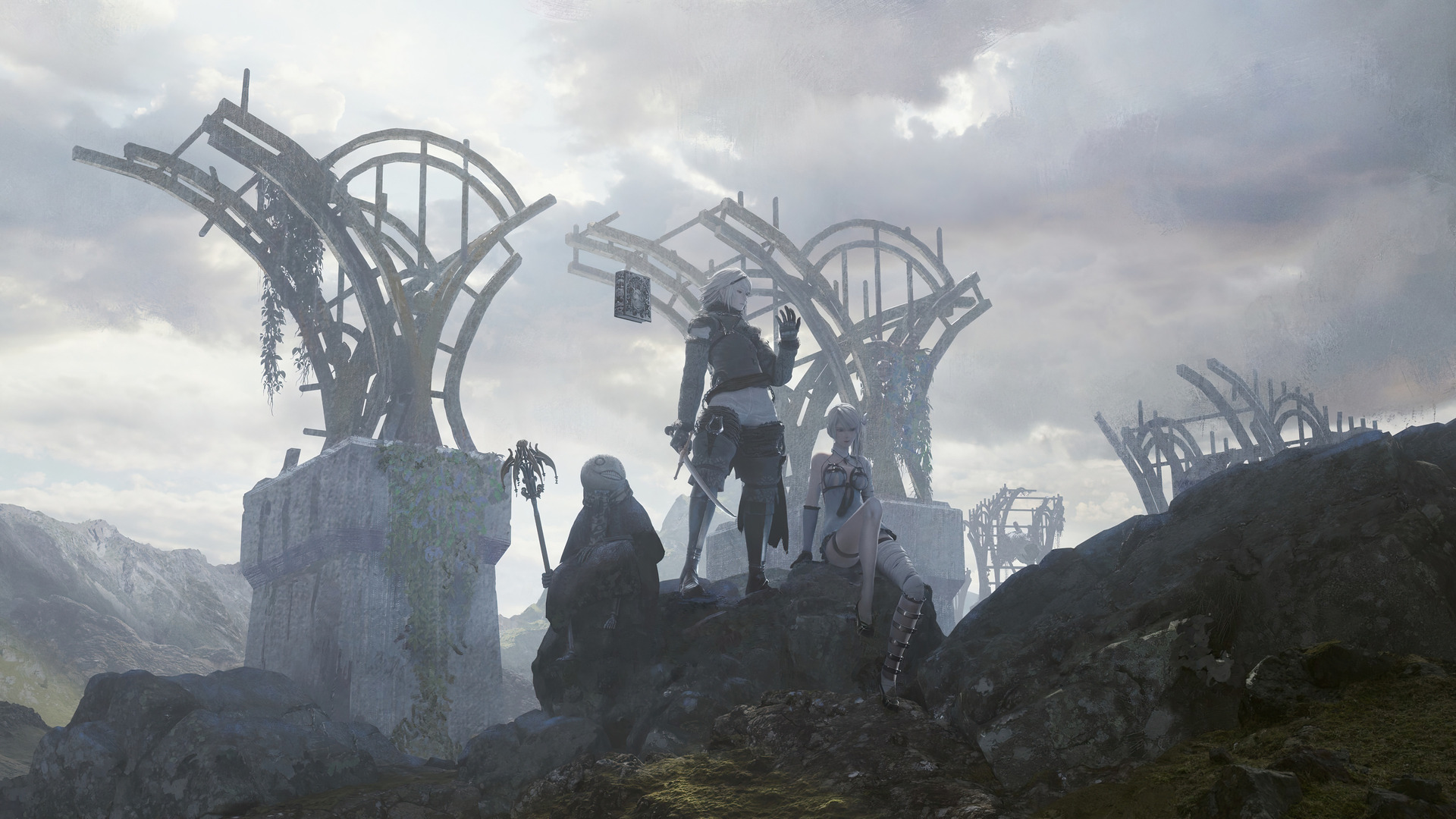 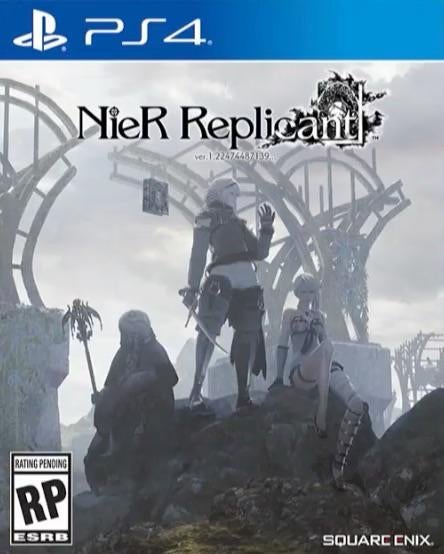 So for many, NieR: Automata was a gateway to the Drakengard universe without any knowledge of the title being a sequel within its spin-off’s lineage. Orignally released in April 2010, NieR Replicant maintained its identity in the East, while a distinguishable disparity in both design and difficulty was differentiated in its Western release. NieR (Code name: NieR Gestalt) was the result of changing its younger male protagonist from a young nameless adolescent tasked with protecting his sick sister in the originally penned plot, but was changed for a silver maned warrior named Nier set with an identical objective, only the adult male was hellbent on protecting his daughter, Yonah. Both stories identical, with the one difference of its protagonist and their relationship to the young girl. Confused? Well, it’s nothing to be overly perturbed.

NieR Replicant repairs the fundamentals of NieR’s ongoing narrative. The lines may be blurred for those that were enamoured by NieR Gestalt’s original release, with a father-daughter story being retconned in favour for the canonical kinship between siblings that both Sawako Natori and Hana Kikuchi were determined to deliver. Japanese Development studio Cavia, were hesitant in releasing NieR Replicant in the west due to the fear of its release being regarded as unrelatable. The changes made to in-game models, textures, characters, and Gestalt’s saturated tone were executed for a localisation that bared a grittier aesthetic which contrasted Replicant’s dystopian nature, and was accompanied by an entirely new soundtrack. Since then, Japanese culture has become a global phenomenon with a cavalcade of multimedia consumed outside of its homeland.

NieR’s revision is long overdue, and is now ready to take its rightful place within its Western lore. After the success seen in NieR: Automata, it was only a matter of time before Square Enix was set upon NieR’s recount. While its framework remains completely intact, its scintillating scrape was in need of an alluring upgrade in texture and model design. This is where Replicant “ver.1.2468Smorgy’sCan’tWait” shines – I won’t remember its complex subtitle each time, but I’m sure there’s an underlying message within its numerical string. While I remember being somewhat disengaged with NieR Gestalt’s plot initially, I have found Replicant’s entire reconstruct to be appealing with obvious changes to its lead, and their relationship change with their cohort.

While the father-daughter story was never bothersome, it disposed a disassembled resolve between the two that felt unnatural; the conventional guardian descriptor was never present, rather retaining a sense of two siblings protecting one another. Adjusting this apparent disposition aids NieR Replicant’s recital with a clearer outlook for both story and delivery. However, while NieR Replicant v1.2’s emphatic upgrades are made quite evident from its opening sequence, to its unbelievably gorgeous environments, the game harbours its exact blueprint carried over to its re-release. But this is no issue, rather a testament to NieR (Replicant or Gestalt’s) legacy; an action JRPG that defies logistics of an aging experience, and maintains an exemplary gameplay loop with vital variation embedded to prolong NieR Replicant’s quality-of-life statement.

A prevalent role-playing title, NieR Replicant hits its strides in its seamless combat style that can be surmised as a basic hack-and-slash, action-adventures with additional bells and whistles that elevate and improve player progression. A deviation from the discourse that RPG’s can be monotonous with the traditional turn-based structure, a notion that has evolved from basic action-to-action which the genre entails, but has amalgamated with punctual pacing of an action-adventure. Our story begins in the year 2049, an anomaly takes place in the summer, where a major snowstorm has suddenly trapped both our hero and his younger sister Yonah, within the confines of a corroding, caved-in grocery shop. As the brash boy breathes heavily, his sick sibling coughs endlessly. He’s awoken by a strange nightmare that leaves him in disarray. Gripping to a bent metal pipe, he kicks a large textbook across the filthy, wet floor.

He’s then confronted by a swarm of mystical mutants that are there to hunt down Yonah. Using his swordsman-like skills, the boy fends off an entire army that tirelessly emerge in droves. He requests the aid of the Grimoire, which grants him flurry of mixed abilities that are manifested through the book’s magic. The novel itself harbours an extremely tactical offense which acts as our protagonist’s sidekick throughout his multiple exploits. From demonic daggers to fiery pitchforks and perilous pallets, all these unique talents are divulged in a deranged format that makes for quite the tale. A formation that fluxes this journey from tedious to expeditious within moments of each imperative act. The juxtapose of scenery placement and focus comes in form of an incredibly crafted universe.

The Grimoire Weiss acts as our protagonists guide throughout this unorthodox journey, while playing an imperative part in carrying a pivotal formula that may cure those that have been plagued by the Black Scrawl – the illness that has its grasps on our hero’s younger sibling. Obtaining this knowledge from twins Devola and Popola, the silver maned swordsman sets off on his quest to find all eight entries in the Sealed Verses that may ultimately lead to the Grimoire’s demise, and would presumably remove this cursed sickness from Yonah. During the unlikely duo’s expedition, they are acquainted with Kainé, an overly confident, and cocky Replicant that asserts her dominance with humility towards companions. A cruel exterior hides her true character – compassionate and shy yet she entails a wealth of knowledge and an arsenal that would destroy any imposing threat.

an encroaching campaign that readjusts its native timeline and removes a categoric misnomer that had plagued Western audiences for decades in gaming.

While nothing extremely jarring in terms of differences occur within opening moments, its apparent revisiting has had a boost in overall performance. The cautious battle system is thrown out in favour for an excelling skillset at our party’s disposal for an attractive display of intense action. The mixture of newly rearranged soundtracks, re-recorded vocals and content originally cut from NieR Gestalt, are an emphatic improvement from the original. The translation has seamlessly evolved from Gestalt’s PS3 release, with much of its framework remaining intact yet the title just seems new; almost as NieR’s development team had stripped the title bare of its cast, reconfigured and rejuvenated their entire gameplay loop and placed them back into the universe each with respective and unique upgrades – then again, this was Series’ Producer Yosuke Saito’s intention from the beginning.

✔️Insanely gorgeous; an unmissable experience in all facets of delivery.

✔️An emotional rollercoaster that aims to leave you a sobbing mess at its climax.

❌Top-down moments. Didn’t need them back.

I must admit, one thing I was hoping developers would leave on the cutting room floor was moments of top-down platforming. For JRPG and Japanese gaming traditionalists, the transition made here is excitedly a welcome one but has also been done away with in titles that made hard-cam exposition a staple in video gaming; Metal Gear Solid being the prime example. Simulating a surveillance type environment, but does eliminate the unexpected attack which would no doubt benefit from being in a vulnerable environment. Regardless, the addition is appreciated but would have been better suited as a deconstructed version that consolidates NieR Replicant’s high octane, third-person gameplay loop.

Shades, monsters, androids and other threats will be on the alert and ready to rush towards you across NieR’s multiple enclaves. Our protagonist’s artillery makes for more than an adequate offense, but a sure-fire flurry of attacks that are accompanied by Weiss’ incomparable powers prime the youngster as an irresistible force. Exploring the many districts within each Act, the similarity in campaign structure towards NieR: Automata begins to show. The title begins to flush away its Gestalt heritage and cement a lineage towards a new mainline that fans can now be introduced to with ease. The confusion of NieR’s existence is ultimately discovered with Replicant’s “upgrade”.

Engaging in each encounter will reward you with experience points that are used to level your character’s ability, raise in-game currency and purchase items. You may also upgrade your inventory by visiting vendors or collecting materials from previous battles. Melee attacks are generally fought physically, but you may find encounters that require weaponry are usually initiated between our protagonist and enemies of the gargantuan scale. I found it quite entertaining to quickly spar with smaller androids, but the real challenge came later on with Shades and mini-bosses. I absolutely adore the melding of aesthetic and symphony, escalating NieR’s artistry to a whole new level. Chills ran down my spine upon the dulcet tones of an orchestrated choir belting our those harmonious hymns at the title’s opening moments. Snow in Summer captures the title’s entire essence, with bleak, helpless horror that looks to antagonise the player’s emotions along a somber situation our heroes are trapped within.

With the return of well regarded, highly esteemed Video composer Keiichi Okabe – and his experience working with Square/Bandai Namco’s entire back catalogue, including Tekken, Final Fantasy, Super Smash Bros. and the original NieR Replicant – it was only fitting for the producer to lead his musical team with a re-arranging of the entire score befitting of NieR’s renaissance. A compilation of music that aims to tug at every emotion, and match the qualities seen in its sequential counterpart.

While its localised cast may be small, it boasts a bountiful presence with an illustrious team portraying some favourites. Both Zach Aguilar (Demon Slayer, Persona 5 Strikers) and Ray Chase (Persona 5, Judgment) portray the title’s protagonist from adolescent to grown warrior respectively. His unwonted cohort in the Grimoire Weiss is backed by the great, Liam O’Brien (Critical Role, Catherine) along with his “twinnie” Laura Bailey (Critical Role, The Last of Us: Part II) providing an a-list of awful language in Kainé. In addition, both Eden Reigel (Persona 5, Crash Bandicoot 4) and Julie Ann Taylor (Code Vein, One Punch Man) reprise their roles from NieR: Automata.

NieR Replicant entails a breathtaking landscape, with vast fields magnificently designed for exploration. Revel in the unequivocal beauty that is boasted in tall grassed valleys, monumental tower-tops and the sun-kissed dunes that surround a deteriorating despot. I can say without question that its been one hell of a journey. Initiating enthralling encounters with a collection of threatening foes, the weird and wondrous composition laid out in antagonist design, the crème de la crème of voice acting royalty that portrays the cast and of course an encroaching campaign that readjusts its native timeline and removes a categoric misnomer that had plagued Western audiences for decades in gaming. NieR Replicant ver1.2 has been a supremely sublime experience that I will never forget.

NieR Replicant ver.1.22474487139… is an updated version of NieR Replicant, previously only released in Japan. Discover the one-of-a-kind prequel to the critically-acclaimed masterpiece NieR:Automata.

Windows Playstation Xbox
Supplied by the publisher, for our review. 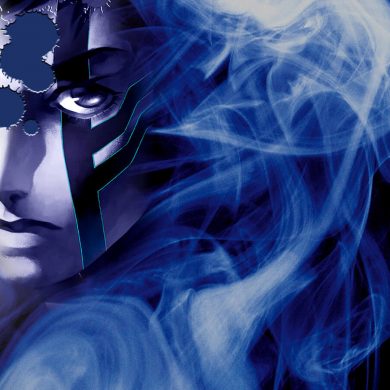