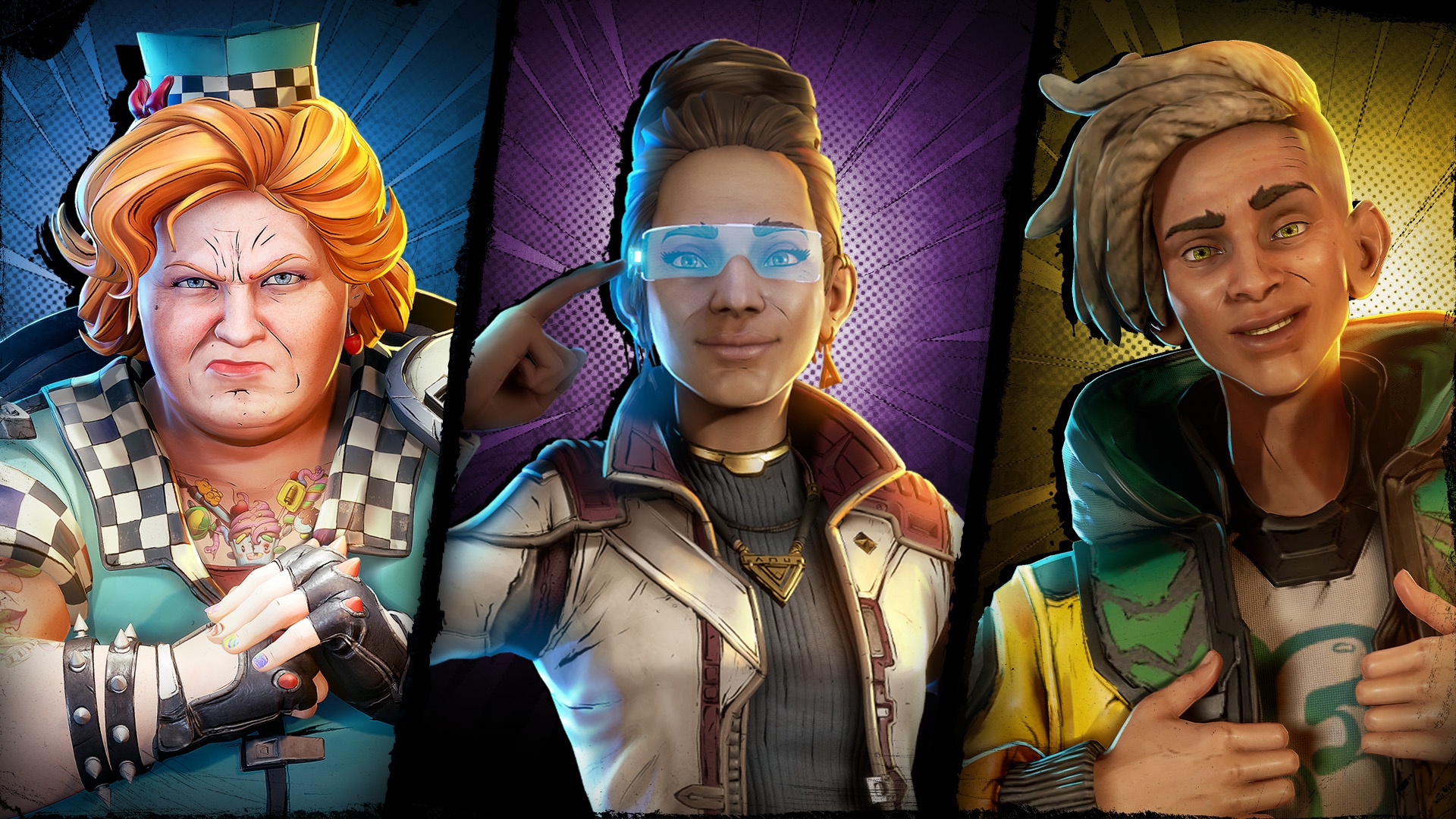 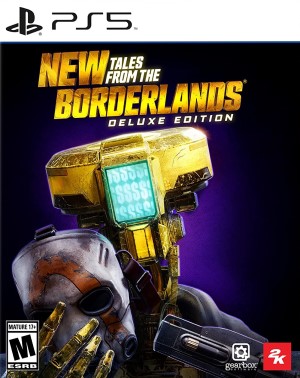 I adore Tales from the Borderlands, it’s one of – if not – my all time favourite point-and-click action-adventure stories. Penned to perfection, one of the greatest gaming experiences I’ve had in an emotional stand-point, from highly quotable anecdotes, morbidly dark humour, and some of the best puzzle-play in Telltale’s history, the title was a remarkable feat for the now defunct studio. For what was a glimmer of hope, New Tales from the Borderlands isn’t a sequel, nor would I consider it a spin-off or successor. I’d say it’s an ode to the original, with some solid call-backs that only devout lovers of the previous title will understand. But in saying this, New Tales falls short in some regard with hopes of bringing up to par with the original.

While quips come quick and are generally humorous, it’s all about the delivery and the personality behind said quip. With Gearbox behind the wheel, doing its best to emulate Telltale’s polished criteria that bought the studio to prominence, there was a certain lacking sheen to its execution that had me feeling melancholy for the original’s overall presentation and delivery. I’m most definitely not disregarding the effort that’s been demonstrated here by a studio that’s synonymous for shooters, I would give them credit for trying to reach outside their comfort zone. But again, it’s all about being sparse and careful, thoughtful if anything in the amount you deliver in one go. Kind of like sprinkles on frozen yoghurt; add just the right amount, or you spoil it with too much at once.

So an immediate issue laden with New Tales is sharing its name with a title that had zero to do with Gearbox, other than its connection with the Borderlands lore and franchise itself. The story and gameplay was all Telltale, and this does become evident upon initiating the first tidbit of gameplay that controls your character in third-person perspective. This is primarily the only action you will get outside of quick-time events, and bogged down dialogue that can be a little overzealous at times. I’m all for detail, but what made the original Tales great was the mystery, the hype and suspense of experiencing that element of surprise. You just don’t get that in New Tales, unfortunately. You’re also thrown into the deep end with each character without any true introduction, so we’re expected to have an emotional attachment without any connection or backstory.

The title is set after the events of Borderlands 3, with Tediore continuing their takeover of Promethea. Rhys is still the President of ATLAS, and yes he still has that horrible moustache. Unlike the original Tales where the timeline would hop between Rhys and Fiona, we now take control of three respective individuals, each with their own reason in becoming Vault Hunters. Anu, a contracted scientist working with ATLAS, has a similar relationship with Rhys, just as he did with Hugo Velasquez. Octavio is Anu’s younger brother, whose mission in life is to become rich and famous, while taking up a side hustle as a private bounty hunter with his friend L.0.U.1.3. or “Louie”, a trained assassin-loaderbot, or killbot whom, might I add may have the most charming and hilarious personality in the entire campaign.

Then there’s Francine, a mobility riding badass who’s notorious for serving up some of the best frozen yoghurt in town. All three protagonists have set ambitions and goals which they are acting on, but have reached an untimely boiling point that leads them against the agents of Tediore, racing toward a Vault Key which in similar vein to the last will lead them to life changing riches. Each protagonist come with their own respective features that make for some interesting plot ties and twists throughout the campaign, including Fran’s ability to freeze enemies using her mobility chair, Octavio is an elite hacker that’s able to gain access to other people’s private information across the web, but is also able to obtain control over their smart devices, and Anu equips herself some high-quality technologically advanced specs, allowing her to scan objects and see through walls, akin to Rhys’ ECHO eye implant.

New Tales from the Borderlands may not be as sharp as the original, but if you're looking for a great follow-up with a fresh feel, a unique band of miscreants and something to chuckle at, then this will deliver on those fronts.

Much like Tales, each chapter is told Episodically but all five will be unlocked from the moment you boot the title. The formula is pretty much what you expect in terms of progression here. A character will interact with another non-playable, a series of four dialogue options will appear on-screen for which the player must choose or it will default to silence. From there you’re able to interact with objects, investigate multiple clues within different sandbox environments and clear objectives to unlock the next part of the story. Quicktime events will occur mainly in expeditious scenes that demand your attention and precision. Some of the puzzles however can be quite cumbersome, and way too obvious. I don’t if this was supposed to be some sort of joke that fell flat or went over my head in anyway, but the ease of passing all puzzles in the game was so seamless that I was bewildered by its challenge in the first place.

Can't judge a book by its cover...

✔️ Hilarity ensues. As comical as the original.

✔️ Visually stunning. May be the best looking Borderlands game.

❌ Hard to connect with unknown and unestablished characters.

Nonetheless, the title retains the same great accessibility imposed by Telltale, allowing anyone to pick-up and play the game without having any experience whatsoever. You can play New Tales without ever enjoying its predecessor, but will miss the litany of call backs and Easter eggs that are littered across this entry. Graphically speaking, it’s upgrade to Tales with some major model changes that give our new cast some added character and flair to their deliveries. The animations are emphatically improved and some of the cinematics are absolutely gorgeous. A part of me wishes that Gearbox would use this engine and remaster the original Tales to look this nice.

In addition to our cavalcade of cohorts and their campaign, comes some pretty cool minigames and sidequests. Vaultlanders is a 1v1 TTRPG like action-like fighter, that has a series of collectable figures that you obtain throughout your escapades, duke it out in fantasy like fashion. There are 20 unique Vaultlanders to collect, each come with their own respective Attack and Defense points, a special ability and range of offense. Duking it out is similar to a Street Fighter like presentation, with respective figures’ health represented atop the screen. It’s a neat little addition to the game that will strip some of the monotony that tends to set in.

Keeping with Tales tradition, each episode is introduced with a cold open that follows into a musical number accompanied by montage of events that lead into the opening act. While I would have loved some sort of Tie-in here, with notable artists such as Jungle, the compilation here isn’t as memorable. However, the performances from the title’s cast is portrayed outstandingly well. While Ray Chase reprises his role as Rhys from Borderlands 3, taking over the incomparable Troy Baker, a quartet of fresh faces take the mantle with Michelle Rambharose (The Outer Worlds, Arkham Horror) taking the lead as Anu, Diego Stredel as Octavio, Lucia Frangione as Fran and Temapare Hodson hilariously delivering the perfect colloquy as Louie. Laura Bailey does reprise her role as Fiona, but this is in a minor flashback to Tales, with Narrator Bruce DuBose, welcoming us back as Marcus Kincaid.

New Tales from the Borderlands may not be as sharp as the original, but if you’re looking for a great follow-up with a fresh feel, a unique band of miscreants and something to chuckle at, then this will deliver on those fronts. My advice would be to temper expectations before heading in, and don’t try to compare it to the astounding works of Telltale’s entry. If anything, I would advise newcomers to begin with the original just to understand some of the inside humour that parlays into the sequel’s minor quotations and clues for an easier understanding to its dialogue. I don’t think it’s fair to compare it to the insanely rich casting of the original, and the outstanding performances, polished narrative and utterly charming delivery but if we’re slapping a “New” label to the old adage, then it’s hard not to. It’s a fine successor, but nothing compares to Tales from the Borderlands. Maybe we could potentially have a second season with the original cast? Please?

Story
6
Gameplay
6
Presentation
8
Sound
7
7
Supplied by the publisher, for our review. 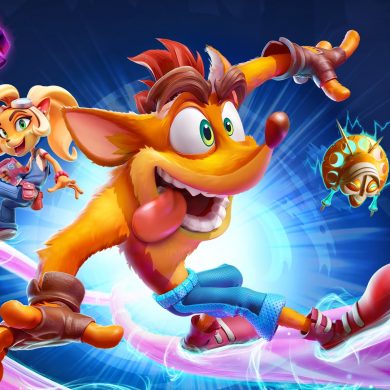