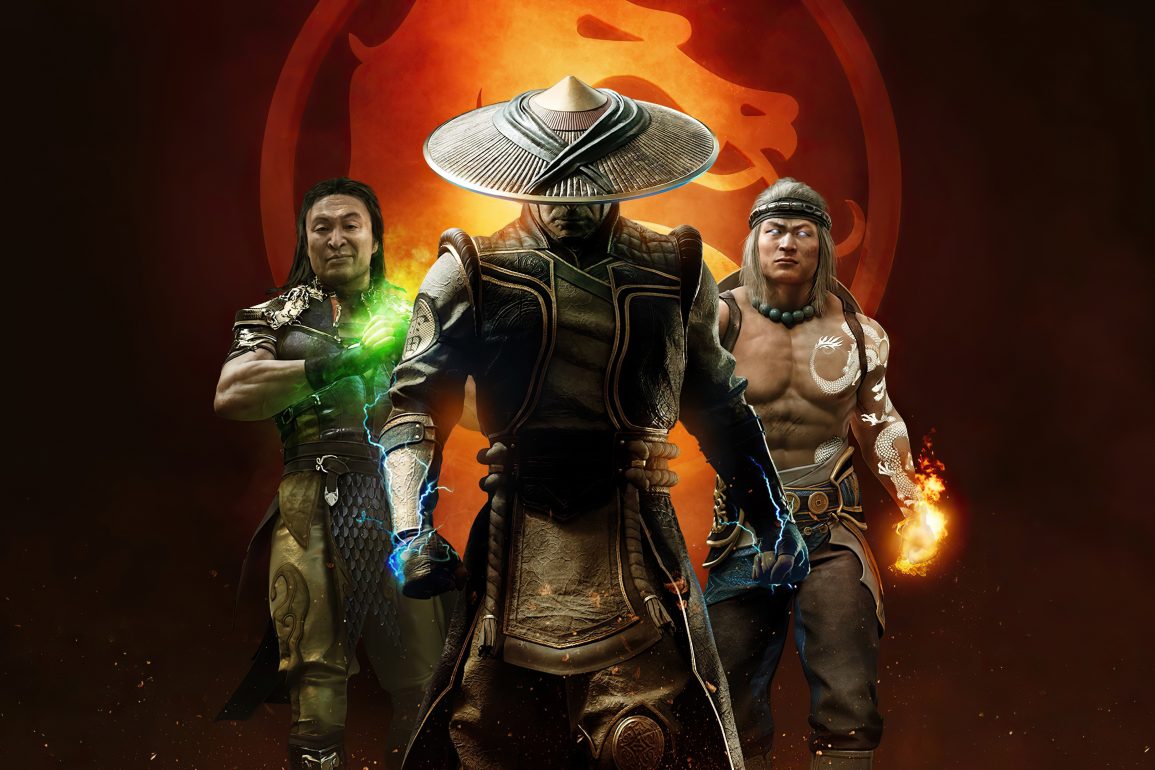 ❌Campaign follow-up may be a little short for its costly side.

When we last visited Mortal Kombat 11 on DashGamer, we were elated with Netherrealm Studios’ perfecting its historic legacy within the fighting game genre. Mortal Kombat 11 has drawn inspiration from its previous two iterations, dismantled its engine and replaced some of its aged aesthetics with some incredible upgrades that help translate its seamless fluidity into beauty-in-motion. I cannot begin to gush over its narrative which encapsulated me as a child, reading through the Mortal Kombat Trilogy manual and learning about the heroes of Earthrealm defeating the devious sorcerer known as Shang Tsung. Cementing some novel set-pieces within its gory history, Mortal Kombat re-wrote its own story when it became apparent how stale and bland the franchise had become by 2006.

With the release of Mortal Kombat vs. DC Universe, the series critical reception began to free-fall into an unknown future. Mortal Kombat’s reboot in 2011 revitalised the series back to its former glory, proving its masked mascots of martial arts to be the masters of their domain. Mortal Kombat 9’s story mode was a welcome addition that had become a staple within the franchise since twisting its established storyline into a time-warp of turmoil. From the events of Mortal Kombat Armageddon, winding back to Shang Tsung’s tournament, Sindel killing the entire Earthrealm force with Nightwolf sacrificing himself to save everyone, to changing major fixed points in time with Mortal Kombat X that affects the future of our fighters in modern day, it all leads to this illustrious continuation in Mortal Kombat 11: Aftermath.

Let's do the time warp again...

If you are unaware of Mortal Kombat’s major plot-points or have forgotten, here is a quick refresher. Warning, spoilers ahead. Mortal Kombat’s (2011) campaign begins at the events of Mortal Kombat: Armageddon. Dark Raiden and Shao Kahn are the sole survivors of a bloody battle royale at Blaze’s pyramid, where the evil dictator seems to have downed the former protector of Earthrealm. Begging the dictator to end his malice towards him, Shao Kahn declares the war over as he tells Raiden to Pray to his God’s for these are his final moments. Raiden retrieves his broken amulet and sends a message back in time to his past-self at the beginning of the Tournament held on Shang Tsung’s island. Delivering a premonition to his past-self, Raiden’s mission to twist fixed points in time begin to fall in place, with Sub-Zero (Kuai-Liang) forced into the Lin-Kuei Cyber Initiative, replacing Smoke. This leads to major plot-points which had been Mortal Kombat’s legacy, remarkably changing.

Earthrealm’s warriors had become Quan-Chi’s soldiers, with the sorcerer using his magic to resurrect their souls, much like he did with Scorpion. In the events of Mortal Kombat X, Johnny Cage and Sonia Blade successfully resurrect Jax, Sub-Zero (who was mutated from his cyber form, back to human between events of Mortal Kombat and Mortal Kombat X), and Scorpion who re-assumes his role as leader of the newly reformed Shirai Ryu and given name, Hanzo Hasashi. Seeking tribune with Master Hasashi, Sub-Zero invites Scorpion to his temple to explain the events that framed his older brother Bi-Han, the original Sub-Zero resurrected by Quan Chi as Noob-Saibot. Hasashi vows to avenge his family and clan by assassinating the sorcerer at any cost. With special forces holding Quan Chi captive, Scorpion and the Shirai Ryu ambush General Blade’s squadron with no malicious intent.

Winning the battle and avenging his family’s murder, Scorpion had unfortunately aided Quan Chi and D’vorah in releasing Shinnok, who had been captive in his own amulet. The disgraced Elder God plotted his revenge on Raiden and Earthrealm’s hero Johnny Cage, who had incarcerated the devious deity within the medallion. This leads to Shinnok infecting the Jensei chamber at Raiden’s Sky Temple. Corrupt with immense power, Shinnok consumes the Jinsei and confronts Cassie Cage, in hopes of seeking revenge. After his defeat, Sonia and Cassie place Raiden in the Jinsei chamber to heal his life-threatening wounds. With the chamber infected, Raiden consumes Shinnok’s venomous hatred and again transforms into his Dark Persona, previously seen from the narrative’s alternate timeline. This leads to a crossover event that merges plot-points given in Mortal Kombat X and Mortal Kombat 11.

Held captive by chains and viciously tortured, the former Elder God provokes the incensed God of Thunder. Shinnok tries his best to plea with Raiden, convincing him that he had consumed more than he could control of the Jinsei. Raiden ignores Shinnok’s appeal and informs the sorcerer that an Elder God cannot die, so the only way to eliminate him would be to permanently incapacitate him. Raiden decapitates Shinnok and informs him that his head will be delivered to the Emperor of outworld, Liu Kang. Before being handed over to outworld’s overlord, Kronika the God of Time visits the Jinsei chamber and informs the vegetated deity, that Raiden’s transgressions against time will soon come to an end. Kronika merges the two intersecting timelines with warriors from past and present colliding in battle, or assisting each other. This all culminates with Past-Raiden granting Emperor Liu Kang his powers to defeat Kronika and rebuild all matter.

A taste of things to come...

Mortal Kombat 11: Aftermath immediately follows the events of the title’s initial campaign, with a mortal Raiden and Fire God Liu Kang working side-by-side in rebuilding time and space. Their plans are halted by sorcerer Shang Tsung, with Fujin and Nightwolf in tow. Confused by this unusual alliance, Raiden questions his brother, and his affiliation with the evil alchemist. They explain that they had been imprisoned by Kronika until her death had freed them. With Liu Kang destroying Kronika and her crown, the hourglass cannot simply be controlled without obliterating existence. Shang Tsung convinces the Fire God and former God of Thunder to send the trio back in time and retrieve Kronika’s crown before her daughter Cetrion, reclaims it. Raiden explains that it would be impossible to send them back, as all matter had been erased prior to Kronika’s defeat.

Fujin explains that due to events taking place within their current timeline, it would be plausible for the Fire God to send them back before the time merger. Reluctant, Liu Kang and Raiden agree in sending Shang Tsung with the provision of both Fujin and Nightwolf guiding the sorcerer. Now you may be asking, how does Mortal Kombat 11 hold up after its initial launch in March of 2019? Tremendously. Mortal Kombat 11: Aftermath does an extraordinary job in enticing gamers to return in its brand new chapter, chocked full of extra features and awesome callbacks for those who follow the series’ narrative. With Aftermath’s campaign being the additional content’s allure, we’re treated to a mini-Kombat Pack that includes Fujin, Sheeva, and cult classic cinema icon, RoboCop. Ever wondered what would happen if the two cyborg’s of 80’s cinema collided in a clash of cataclysmic proportions? Well in Mortal Kombat 11, you may now pit the Terminator against Officer Alex J. Murphy as they duke it out for cybernetic supremacy.

While Schwarznegger had nominated his personal ADR agent to voice his role in the video game, Peter Weller reprised his role as RoboCop, contributing to the Aftermath Project and delivering his first performance as RoboCop since 1990. As expected, RoboCop’s concept displays a methodical style in seamless strings of highly thought-out combos that may seem a little tedious, but are superseded in his immense strength. Landing crushing blows that fracture skulls, and long range attacks using an assortment of artillery, RoboCop’s unique delivery gives a refreshing take on the entire experience, almost adjacent to Jason in Mortal Kombat X. Much of Fujin and Sheeva’s traditional moveset returns, along with their respective abilities that made them fan favourites from entries prior. Fujin displays his special skillset in blasting breezy currents, with Sheeva’s auspicious ability to use her extra assets to her advantage.

While Animality’s and Brutality’s remain retired for the time being, we see the return of Mortal Kombat’s Komical Klincher, Friendship. The hilarious finishers display some original scenarios, and additionally hearken to its roots with remade finality’s from the franchise’s vast history. Placing a shrimp on the barbie with Kano, a snuggly stuffed bear with Scorpion, or sharing a Snow cone with Sub-Zero, every character carries their own ridiculously uproarious performance. The series has always been renowned for its sudden expeditious change in tone. It’s a love letter to hardcore fans that have been loyal to the fighting franchise since its inception. I surely appreciated seeing some humor bought back since many of its absurdly humdinger displays were dismissed in Mortal Kombat X for a grittier exterior in overall presentation. However, If there was one thing I would absolutely adore would be the return of Dan Forden’s TOASTY. Please bring it back, Ed.

In his third rendition of the character last played in Web-series Mortal Kombat: Legacy, Cary-Hiroyuki Tagawa proves he is Shang Tsung. While he may have first portrayed the sorcerer in the 1995 cult hit Mortal Kombat: The Movie, his standout performance has been symbolic of the character’s foundation and his return in 2019 had fans elated at the prospect of controlling his portrayal. His return as the devious deity does wonders for Aftermath’s campaign, as he plays a major focal point on the campaign’s sequel. It truly felt like an alternate take to the title’s initial plot line, but from the eyes of Tsung and his complicity to regain control. As someone who adores its silver screen adaptation, and is aware of its cheesy aesthetics it carries in its overall legacy, I could not help but be giddy like a kid, feasting my eyes on Tagawa as Shang Tsung in a Mortal Kombat video game. I love Andrew Bowen’s portrayal as Johnny Cage, he does a fabulous job playing the cocky actor/martial artist, but if we can get Linden Ashby back in his role for Mortal Kombat 12, then everything will be right in the universe.

Mortal Kombat 11: Aftermath is a must have for all Mortal Kombat fans. It’s the culmination of everything you know and love about Mortal Kombat’s Multiverse. Grasping how epic the series overall narrative has been thus far, you won’t want to miss out on its ultimate climax. it will only raise further speculation on its future. With many additions included alongside its feature length campaign, its downloadable characters, handful of skins and new arena’s, and of course Cary Tagawa’s dedicated campaign, you will not be disappointed by this astonishing adventure. Mortal Kombat 11: Aftermath is essential gaming for hardcore, and old-school fans of its historic legacy. 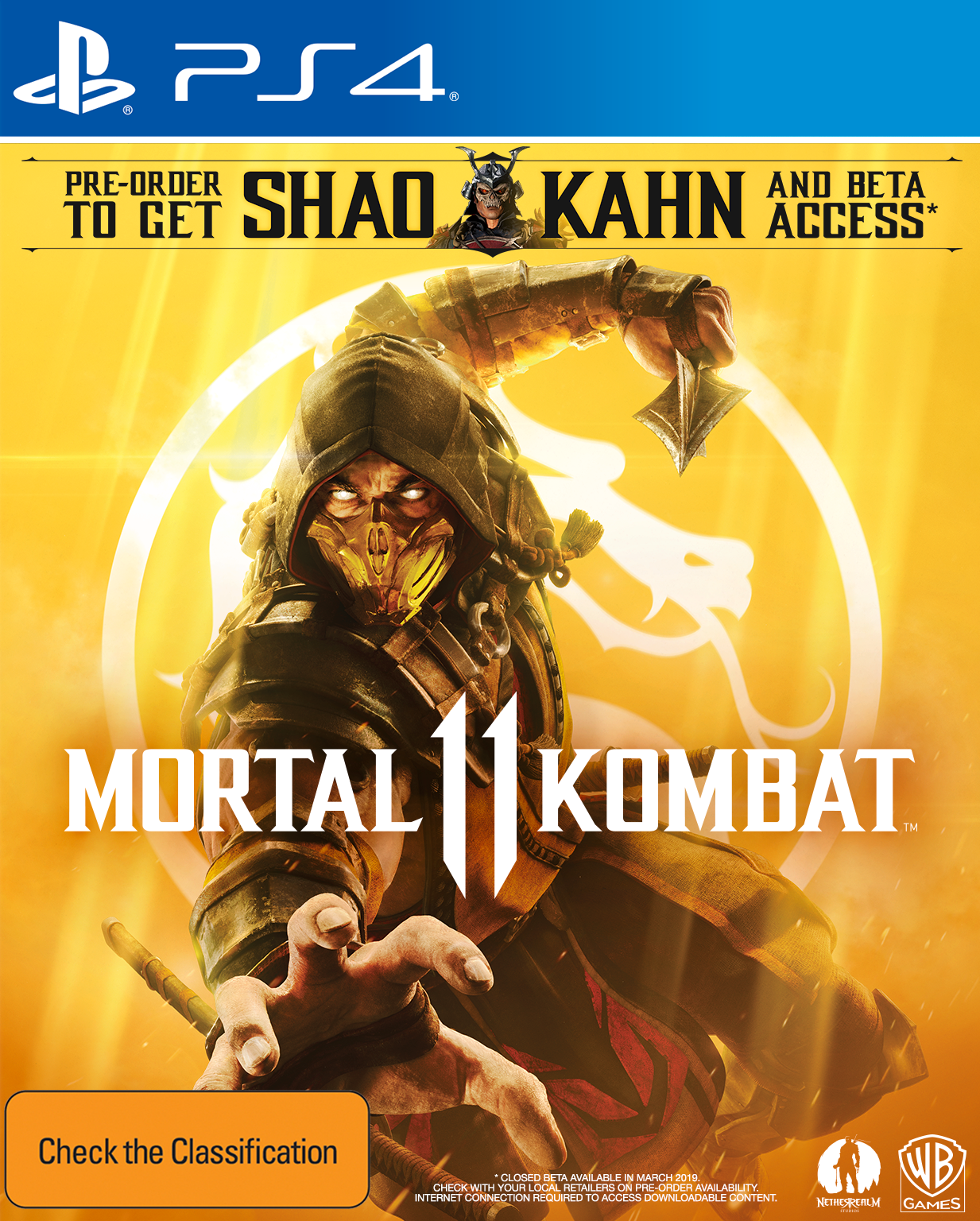 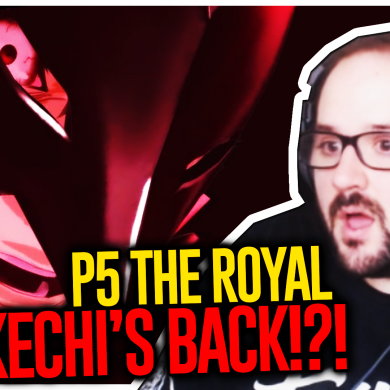