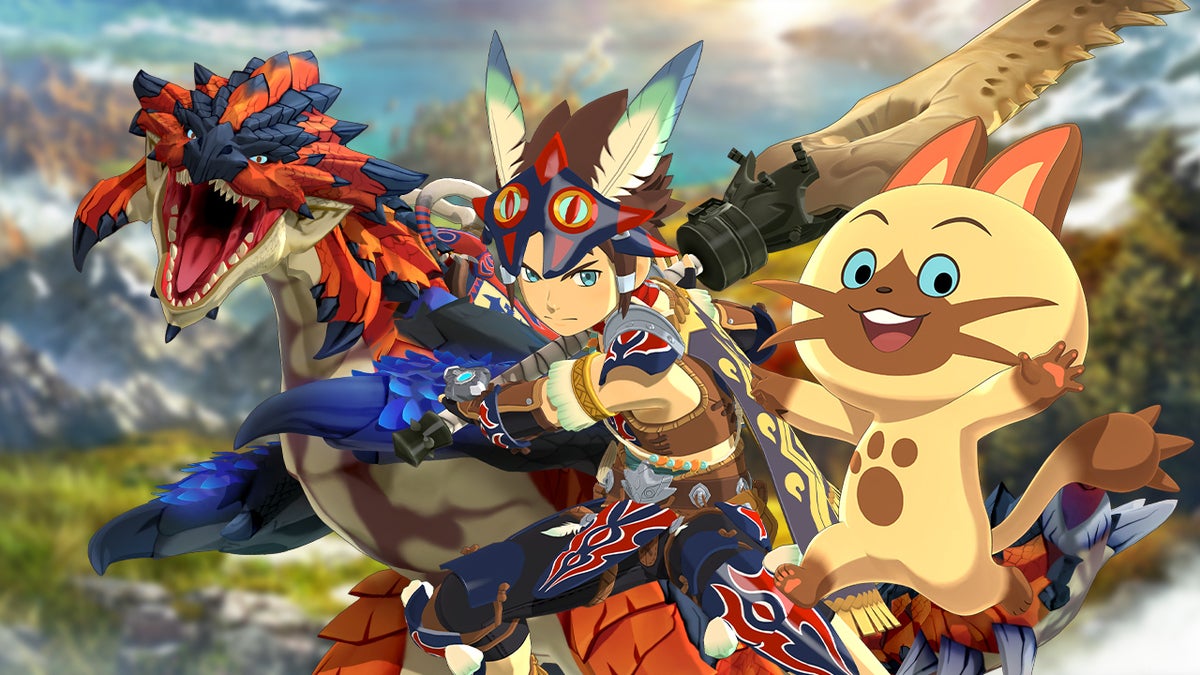 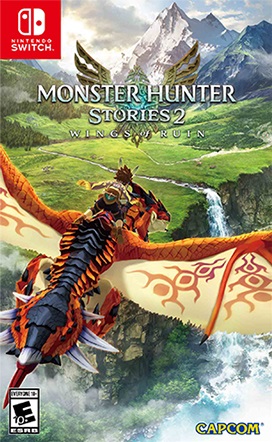 You are the wind beneath my Wings...

So admittedly, I was reluctant in wanting to cover Monster Hunter Stories 2: Wings of Ruin, after a tumultuous experience in its predecessor. As a fan of the JRPG genre, brimmed with incredible tales, packed with anime tropes and engaging characters, the first of the series was a lukewarm initiation. But Monster Hunter Stories 2 seems to have ironed out many of its prequels problems, and has created one of the best role-playing hybrid experiences, that I’ve come to enjoy within the franchise in years. The hook is simple; a Monster Hunter gateway entry for those that are still on fence, but are looking to experience the amazing lore the franchise delivers. It’s a simple recourse of what has come to pass in Monster Hunter’s mainline series, but it demonstrates how diverse and astoundingly unique this franchise can be with every title.

Although Monster Hunter Stories struggled to capture an identity of its own – due to a poorly timed release window – its sequel presents a promising precipice for what may be an attraction to younger audiences. It’s without doubt that Monster Hunter is one of gaming’s greatest contributions to the role-playing genre, but to morph the formula from escalating adventure to free-roam Dragon Quest like, turn-based offense tweaks things ever so slightly in the favour of the casual fan looking for their taste in adventure. Monster Hunter Stories 2: Wings of Ruin offers more than a filtered, linear style campaign. It sets caution to the wayside for an institute that looks to make its mark within gaming circles of similar vein. As an entry point, neither experience nor knowledge of prior Monster Hunter entries is imperative to the spin-off, which welcomes outsiders with open wings.

Immediately, I was drawing comparisons to Pokemon playing Monster Hunter Stories 2. The endless customisation tools in creating our “Rider”, entails an abundance of variety allowing the player to suit up and set out within minutes. Once again replacing the traditional “Hunter”, we dive deep into the campaign’s story where our hero forms bonds with “Monsties” – a combination of the words Monsters and “Besties” – where you may befriend a beast to become your accomplice for your journey. There they will aid you in battle, and are also set as a form of transportation as you traverse across many districts including the familiar Mahana Village. It’s told that our new hero is the grandchild Red, the infamous Rider that lead the people of Mahana, while being revered as a friend to everyone.

Our Rider’s canonical name, Leo or Leia depending on gender, look to follow in their grandad’s footsteps. Taking place four years after the original title, a young Wyverian by the name of Ena is entrusted with the responsibility of handling an egg that is handed to her by the Guardian Ratha. After an anomaly forces the Rathalos to flee, multiple cavities emerge with a strange red glow beaming out across the land. Intrigued, our Rider investigates the situation and ends up running into Ena, who bestows them their grandad’s Kinship Stone and the Egg which the Guardian had handed her earlier. While these ominous events occur, Hunters search for a Rathalos in regards to the mythical Razewing Ratha; the legendary beast with the Wings of Ruin that has the potential to annihilate and destroy all with just one clap of its wings. With adventure on their mind, both the Rider and Ena set forth on their own quest to hatch the Guardian’s egg, then find out more about the ongoing supernatural event that is sweeping the land.

Monster Hunter Stories 2: Wings of Ruin is most certainly a must play for those that aren't yet acquainted. Its engrossing charm, wit, character and adventure will inspire you to enamour yourself in its longstanding premise, tentatively convincing you to be the next Hunter.

I admit, I did find the strange event of multiple chasms appearing so suddenly to be a forced plot point. An Initiative that belts out a narrative with little to no lead-in events other than Stories’ prequel. However, what follows after is such an astonishing tale, that I can only describe as an amalgamation in the aforementioned Bandai Namco JRPG great Dragon Quest, the original Monster Hunter, The Legend of Zelda: Breath of the Wild, and a small dose of Wolfgang Peterson’s enigmatic movie adaptation of The NeverEnding Story. While it may form polarising opinions, Stories 2 takes a chance in creatively what makes Monster Hunter, one of Capcom’s greatest achievements; a cast of quirky and lovable characters, meaningful dialogue, and high octane, expeditious action that has solidified the series from its foundation.

✔️Translating a heritage of lush environments into the industry standard anime aesthetic with great beauty.

✔️Intuitive Gameplay that escalates through skill growth and narrative progression.

✔️Copious in content. A bountiful offering that will keep you busy for hours.

❌Some Bugs; nothing a patch can’t fix.

Deviating from the grind the mainline series disposes, Stories envelopes a familiar pattern of gameplay to those that adore their traditional turn-based JRPG mechanics and upgrade system. Befriending the unconventionally labelled “Monsties”, you’re able to form a party of these friendly fiends, meticulously forging your own army at your beck and call. Purchasing goods from vendors will allow you to craft and make upgrades to one of six types of weaponry. Each respective weapon entails a different range, and offense that may either be hit or miss depending on your opponents attributes, which brings me to my next point. One of the greatest features I was so happy to see made seamless was switching out weapons or Monsties without wasting a turn.

It helps players quickly navigate through their inventory and switch out that useless Heat Haze, for the Glacial Arrow needed to take down an opposing behemoth. While you stumble into unlimited encounters, a major part of the journey is simply travelling through the gorgeous overworld littered with Beasts, as you traverse from one village to another. Using your Monstie as transportation allows more freedom to move in the world, rather than trekking by foot. Climbing cliffsides or swimming through riptides, its such a gratifying, adventurous sensation. While it manages to capture the freedom of Monster Hunter Worlds, it does bode some limitation without bottlenecking or barricading the escapade.

The unique Rock, Paper, Scissors method that harnesses Power, Technical and Speed offense engages more of a combat by chance rather than choice which switches things up, stripping away the monotony of recycled sequences. It challenges the player in thinking of new ways to focus on a Monster’s strength and weakness which I found quite intuitive. It’s not that it randomises your character’s offense tactics, rather posing different techniques elevating your understanding of the title’s gameplay loop and innovative battle system. This mechanic tends to strike both ways with the PC striking with its own pattern that does seem a little more random rather than spamming a sequential pattern that’s notorious within title’s of similar ilk. Honestly, its the cleanest combat system I’ve found within the genre in years while taking Monster Hunter back back to its roots with easter eggs and minor adjustments in weapon utilisation.

The title’s aesthetic is simply dazzling, with incredible design and colourful environments made to resonate the Monster Hunter we all know and love. The difference is the anime cell-shading willingly imposed to contrast a gameplay, chapter and genre shift. Performance wise, playing the title on PC, I only experienced some minor frame drops and bugs, nothing immersion breaking. The UI/UX is carefully placed on-screen and easily legible. There is some clutter outside of battle but again, nothing that will deter you from the title. Navigating your inventory, assigning your arsenal and upgrading your skill-tree is clean and concise, exemplifying a user-friendly approach for newcomers to the series. I praise Capcom’s localisation team for its immaculate effort in translating dialogue and delivering an original cast to portray favourites here.

Monster Hunter Stories 2: Wings of Ruin is an incredible JPRG, that places an importance on welcoming gamers to its insanely broad franchise. A introductory that cuts the fat of Monster Hunter’s ghastly grind for a warm embrace that will tie players over until they’re ready to leap into a mainline entry. Wings of Ruin follows through on many improvements over its predecessor, including a gameplay loop that fans will appreciate but most importantly, a memorable plot. It’s a perfect fit for players looking to get the Monster Hunter fix on the go, seating it firmly on Nintendo’s handheld hybrid. Monster Hunter Stories 2: Wings of Ruin is most certainly a must play for those that aren’t yet acquainted. Its engrossing charm, wit, character and adventure will inspire you to enamour yourself in its longstanding premise, tentatively convincing you to be the next Hunter. 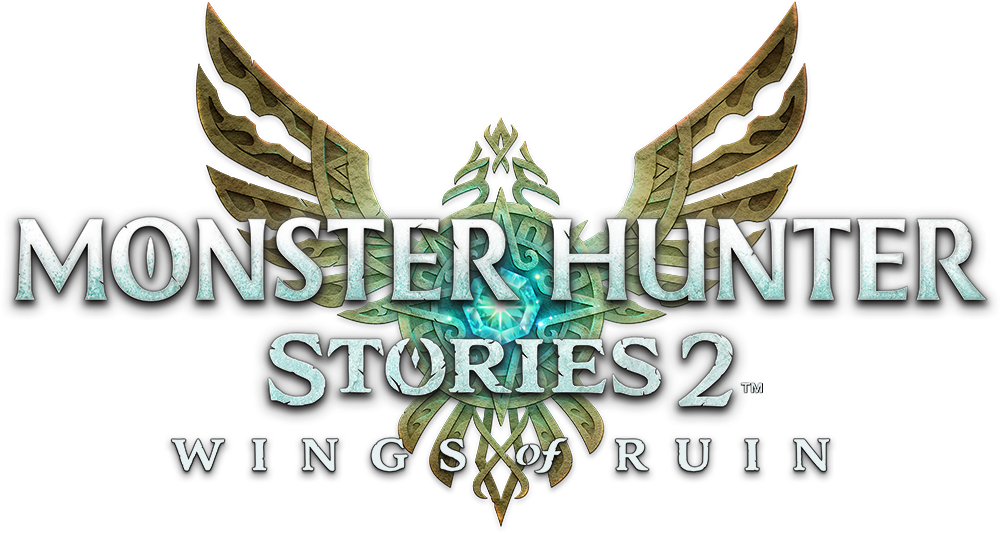 Supplied by the publisher, for our review.
Windows
0

Monster Hunter Stories 2: Wings of Ruin is a role-playing video game developed by Capcom and Marvelous and published by Capcom for the Nintendo Switch and Microsoft Windows. The game was released worldwide on July 9, 2021. 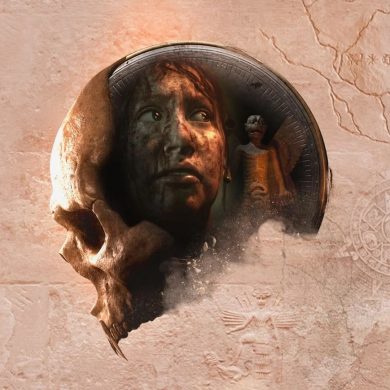