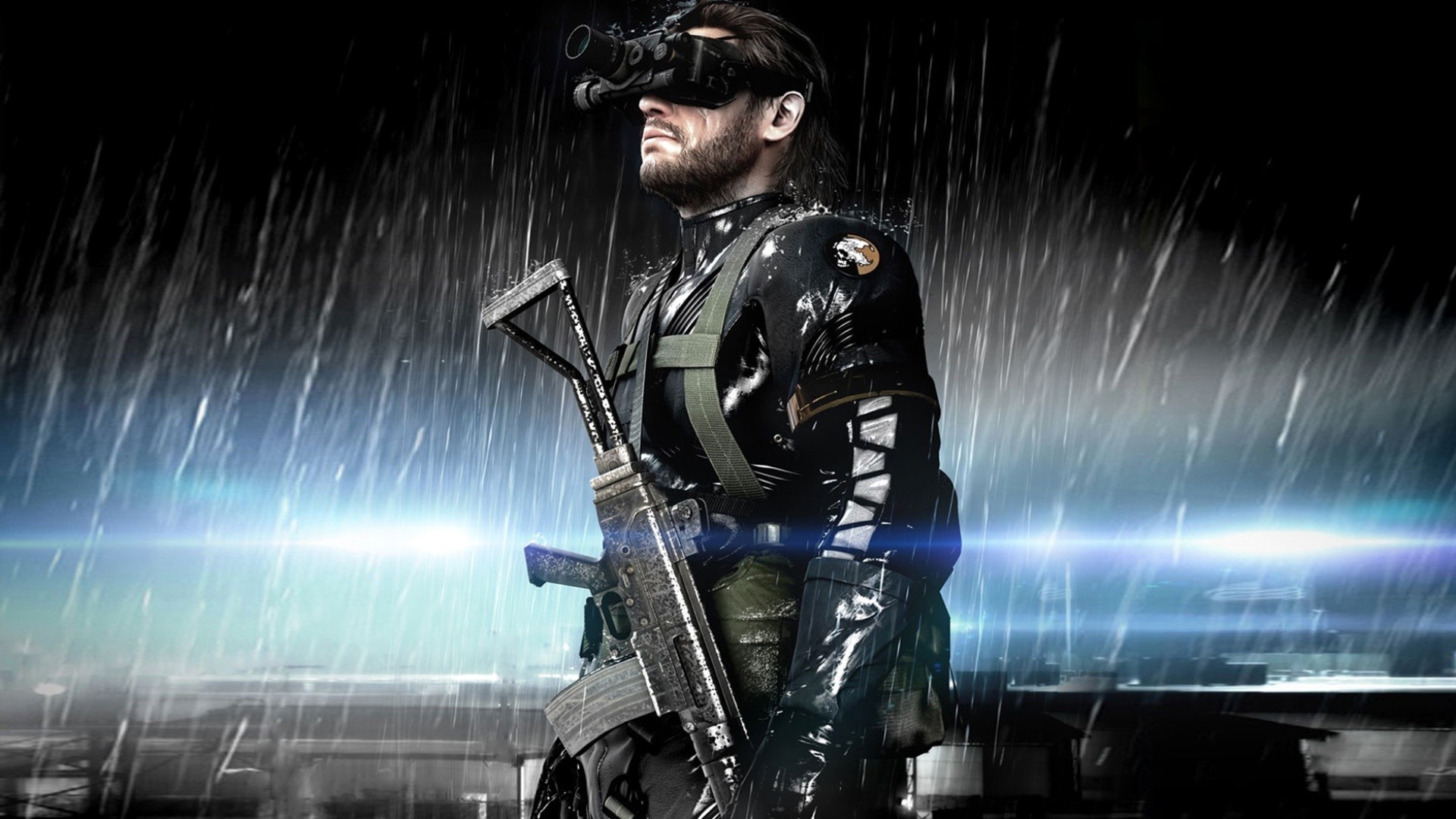 Metal Gear Solid V: Ground Zeroes can be compared to many modern third person, adventure style titles these days. But that’s definitely not a bad thing what so ever. These days a lot of third person games are considered A+++ titles, and are major contenders for game of the year. However, Ground Zeroes intention is obviously not that, it’s more or less proving a point. If it could be put simplistically, Ground Zeroes is the VR Missions of The Phantom Pain. It should also be mentioned, the version of the game played to be reviewed is the XBOX One version. I know, I hear a lot of people groaning, but let me tell you, it’s just as amazing on the XBOX One than it is on the Playstation 4, but we’ll get into that. So, what’s the answer you’re all looking to get out of this review? Is it worth the price tag? Is it worth the 2 hours? Is it worth the story? Well just like the game, it’ll be a short review, so let’s get started.

So, I’ll be honest. As soon as I popped the disc into the XBOX, I really wanted to try speed running the game myself. So I live streamed my first time playing the game, and yes I completed the main story in Eleven minutes (Thirteen if you count a first failed attempt). I was a little taken back by the fact that there was a way to complete it that fast, but it’s all by technicality. But is that really an excuse here? Should we be able to bypass everything so easily to complete the main part of this “Tech Demo” so fast? So, I decided to go back and play it again, but I decided to take my sweet time with it and I must say, to take the long route, just wow. It took me a whole lot longer to complete the game. It’s a pure case of alerting the enemy that will change the whole landscape on terms of difficulty. Think of it like Tetris, you place the the line piece down, and all of a sudden an L piece appears and there’s no space for it, you have to immediately change your strategy. It is hard to avoid though, once you have sped-run through the game, to not jump back on that speed-run track, only because you know that you can finish it a lot faster than you really want to. This is why I advise people out there, take your time with this. Don’t be a hero and decide, “I can set a world record and beat it in 4 minutes”. Don’t do it, you’re going to ruin it for yourself. Take your time and enjoy the creativity that has been put into this amazing game. It may be very short, but Ground Zeroes is full of action goodness.

In terms of how the game handles, it’s amazing how Ground Zeroes can beneficially revitalise the Metal Gear Solid series, by simply adopting what makes other third person adventure/shooters pay off these days, in terms of button control, handling and camera control. In the past, we saw fixed camera angles in the Metal Gear series, depending on areas Snake would enter. Ground Zeroes throws the fixed/top-down angles in the trash can, where it belongs and makes it completely free will for the player to now control (ala Uncharted), which makes it much more comfortable for players, especially in those moments where you’re under attack, and instead of running around in circles trying to aim at enemies off screen, you will be able to snipe the enemy, quite easily, right in the skull (which by the way, has one of the most spine chilling, crunch noises. Think of stepping on a bug with a hard shell).

❌Main story is too damn short

❌A little on the easy side

These shots are easily aided now with a slow-mo effect that will kick in if you’re spotted, if you don’t get the shot and leave it for too long, the enemy will be alert the rest of his clan and then that’s when your strategy needs to change quickly, which is usually to hide and wait. I will admit, this formula becomes repetitive throughout the game, it is something of a staple for Metal Gear Solid titles, I mean it is “tactical espionage action”, but the only tactic here is run, hide, wait and continue. The good thing here, is that the main storyline does experiment with different ways of testing your skill, and how much you remember from the old Metal Gear Games. But, you don’t have to play any of the other titles to even play Ground Zeroes, unless you want to know the full story on who Naked Snake, a.k.a. Big Boss is. I won’t lie here by telling you the game is not a simple A-B trek, because it is. I won’t spoil what is, or how it’s done, but that’s exactly what it is and it’s done twice. That’s the basis of it, and that’s simply it. There’s nothing more to put into that unfortunately.

Oh. My. God. This game is stunning. So of course, with the game being so short, and only presenting one map throughout the game, it gives the developers a lot more room to move around and push the envelope, and boy do they push it. I praised inFamous: Second Son in my review for how beautiful the game made Seattle look, but the attention to detail made in Ground Zeroes is remarkable. From the mud tracks, to the wrinkles and pores on Boss’ face, Ground Zeroes shows us what next generation gaming is capable of within reason. Keep in mind, as good as the game looks here, the development team obviously are showing off the XBOX One and PS4’s potential power, with reason of potentially having enough space on distributed media, whether it be digital or blu-ray, to refine attention to detail on in-game models. Without the space given, we would probably have the standard detail shown on last generation platforms, which this title is available on. Kiefer Sutherland’s portrayal of Big Boss is refreshing. 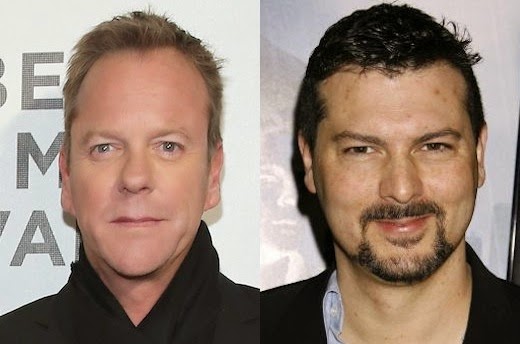 Is it really that much of a big deal? Sutherland replaces Hayter.

You really do get a sense of Sutherland taking Naked Snake and making it his own, departing from David Hayter’s portrayal of the character. It’s been something that’s always bugged me, and am thankful that Kojima had finally decided it was time to differentiate Naked and Solid Snake. Now, with this complete uproar of Sutherland taking over the Snake role, I will say, you have all been completely and utterly trolled once again. I’m calling it now, The Phantom Pain will feature David Hayter as Solid Snake. I’ve written it here as a time capsule of sorts so when The Phantom Pain is released, you and I can read this statement, and say “well, he called it”. There wasn’t much to go by in terms of mocap in this one. It was short and simple. We do get the sense that the shape of Boss’ face was changed to accommodate Sutherland’s motion capture performance. If you look at a close-up of Boss’ face, you can see a pure resemblance of Sutherland, granted with Snake’s beard. But it will be interesting to see the real deal once the full game is released this fall.

Well, it’s short, sweet, and to the point. Metal Gear Solid V: Ground Zeroes is an awesome Tech Demo. Yes, a Tech Demo. To call this title a masterpiece would be an insane, misleading, blatant lie. It’s an awesome prologue to fulfill those who are playing the waiting game for the next chapter in the Metal Gear franchise. Is the game worth it’s price tag? For me, I don’t feel cheated at all, I’m enjoying this title, and for $30 I’m getting my money’s worth out of the side-ops that become available after the main story. While reviews claim that the game finishes in less than two hours, that’s crap.

If you take the time to explore the game and complete it 100% Main story and side-ops, you get 12 and a half hours out of this fantastic title. Yes, you only get the Ground Zeroes map on the game, but hey, for the money you spend, it’s a pretty good deal. Would I advise people to wait though? Yes. Wait until The Phantom Pain is released, then pick up both titles together. You will probably appreciate it more. But, if you can’t wait to play some next gen, Metal Gear action much like myself, then pick this bad boy up, and take your time. I think that’s what the slogan for this game should be; “Metal Gear Solid V: Ground Zeroes – Take your sweet ass time, ‘cos you’re not getting another ’til 2015”.

Metal Gear Solid V: Ground Zeroes is a stealth game developed by Kojima Productions and published by Konami. It was released for PlayStation 3, PlayStation 4, Xbox 360 and Xbox One in March 2014, and for Microsoft Windows in December 2014. 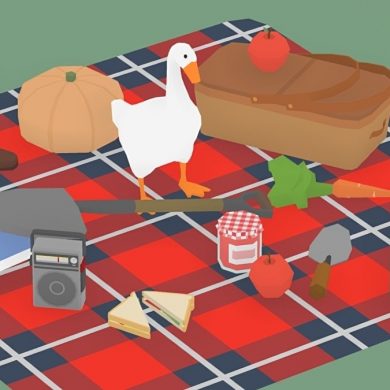