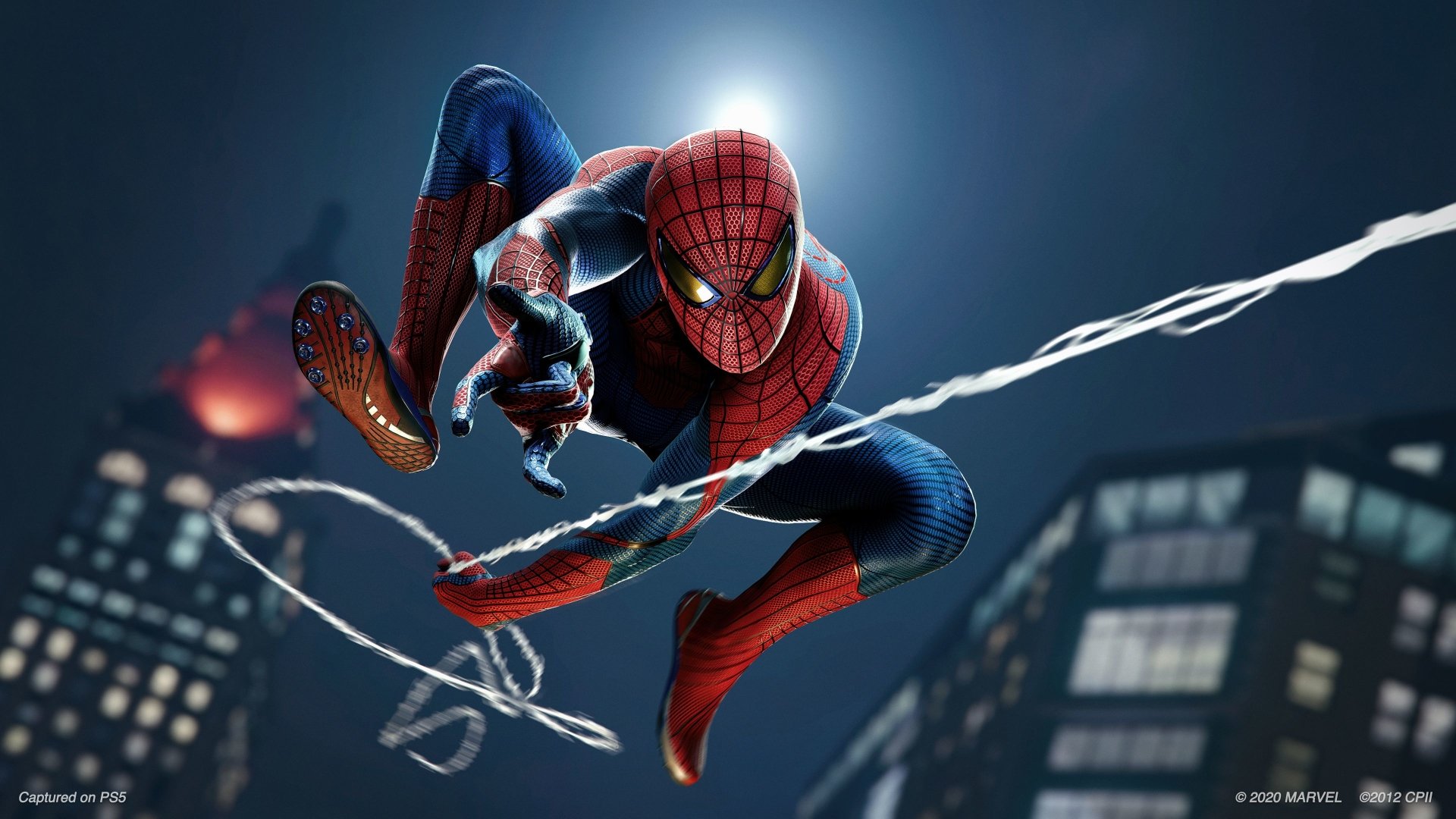 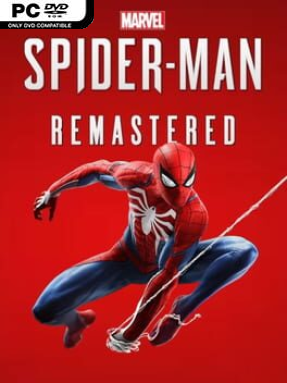 When Marvel’s Spider-Man initially released in 2018 for PlayStation 4, it was marred by plentiful problems that held it back somewhat in terms of its performance for its platform. It was a title proven to be ahead of its time in many ways, but demonstrated the potential the oncoming generation of gaming harnessed. With teases of the title on the PlayStation 5, with improved graphics, ray-tracing, framerate and zero load times, it was almost looking at a near impossible feat that held perfection in PlayStation 5’s capabilities. Insomniac proved themselves a masterclass in remastering their work by releasing the updated version alongside the inaugural launch of Marvel’s Spider-Man ‘Miles Morales’, however in debatable fashion. Since then, PlayStation have been on a crusade to expand their reach by tapping into a market gamers never thought they would dare to.

PlayStation PC has become a massive welcome to many that are on the fence, or have yet to obtain themselves Sony’s latest iteration of hardware. Let’s face it, it’s not that easy to come by and ain’t getting any cheaper by the looks of it. In lieu of the PlayStation 5’s manufacturing rate, titles that have had their exclusivity or simply have ran their course on the platform are a welcome addition to a PC gamer’s library, and Marvel’s Spider-Man Remastered is no exception. Ensuring a release such as Spider-Man was successful on a new platform, PlayStation enlisted their newly acquired PC development team, Nixxes Software – responsible for porting Horizon: Zero Dawn to PC – and putting the Dutch studio to work. In terms of quality assurance, Spider-Man on PC is a marvellous feat – no pun intended – with a sensationally polished presentation that can’t be missed.

So let’s address the elephant in the room. Yes, it is the remaster with Peter’s ‘new face’ that those attached to the old look would refer to as ‘Wish.com Tom Holland’, but I would suggest you give it a chance. My issues with the previous model were simply that they made Peter look aged. Now while I can agree that given the time period in place, and how Peter isn’t a high schooler here, and besides critically acclaimed film adaptation ‘Into the Multiverse’, we’ve never seen an ‘old’ Peter Parker portraying the web-slinging crusader, so it was different. It’s not a bad thing, but the Peter portrayed here was still young. While familiar with his role, he wasn’t anywhere near retirement so I’m in the minority that believe the digital transplant was a definite improvement from its PlayStation 4 iteration.

That withstanding, moments of Peter unmasked are far and few between. The majority of the title puts on a spectacle that is comparable to that of the Marvel Cinematic Universe, that pits the player against a litany of familiar foes who look to trample on the friendly neighbourhood hero. Peter’s life looks to be in disarray while living in a rundown apartment that he barely see’s. Unemployed and newly single off a break-up between himself and Mary-Jane Watson, Peter continues his duties as the masked vigilante with the guidance of the New York Police Department, and Captain Yuri Watanabe. After goons terrorise Times Square, Spider-Man aids the NYPD in pursuing ‘Kingpin’ Wilson Fisk. Following Fisk’s arrest, a unknown gang of masked assailants arrive seeking an illicit substance known as Devil’s Breath.

For those yet to experience this masterpiece, it's definitely one to swing by and consume. Marvel's Spider-Man Remastered is essential gaming, for everyone.

With Peter cleaning up the streets, MJ takes her investigative skills to the local museum that was known to have close ties with Fisk. There a mafia of suited and masked individuals rampage through, demanding to see the statue located in the offices. Prior to their arrival, MJ had snuck into the quarters, to find a file secretly hidden in a drawer located under the statue that contains all files related to Devil’s Breath. There, both Peter and MJ encounter each other with Watson saving Spider-Man from an impending assault from one of the masked individuals. It’s here they learn that the suited swarm of goons are not associated with Fisk. Meanwhile, Peter continues his internship with renowned scientist Dr. Otto Octavius, and their engineering of prosthetics for Mayor Norman Osborn’s manufacturing conglomerate, Oscorp.

Swinging for the fences…

✔️Optimised to perfection. Running a smooth 60FPS at 4K resolution, this may well be the best way to play Marvel’s Spider-Man.

✔️Multiple ways to play, including Keyboard or PlayStation 5 controller with Haptics and adaptive triggers enabled.

❌ Some framerate dips that could be patched. Nothing major.

Translating Spider-Man’s intuitive control scheme for PC was an intriguing feat, with concurrent controlling of our web-slinging hero, needing a specified map for dextrous expertise; something I had been sceptical of since its original release. After playing Spider-Man on PS4, my expectations for how adaptive triggers and haptic feedback only had me evermore excited for its experience remastered. Optimising for Keyboard was something I was not prepared for, and while it definitely took time in adjusting to, I had a great time relearning a new way to play the title. That’s not to say it’s any better than playing with a controller, which I would still recommend over the conventional means of a PC title.

With that said, simple plug-and-play drivers implemented into the game, immediately registers the PS5 controller with the title, displaying the original UI seen in the PlayStation remaster. You get the authentic PS5 experience on your PC playing the game, which is incredible to think about. When comparing hardware, its obvious you’re going to have to rely on some beefy specs to get through the game at max capacity. This including an ultra-high resolution scale, RTX Ray-tracing, high fidelity graphics and particle onset, plus an array of other delights that are exclusive to the remaster. However, playing at a low-end version of the game will simply deliver a scaled, smooth and dull look but still perform masterfully.

It may be the only setback of not owning a PS5 or PC that can play the game at a greater presentation. The intention here is to give players the PS5 experience without the PS5, and I can definitely say that Marvel’s Spider-Man delivers that. But again, it drives the point home of selling the consumer on a piece of hardware that’s barely available right now. Sure it’s a selling tool, but it won’t move units unless units are regularly available, but that’s a topic for another time. Marvel’s Spider-Man on PC gives hope to players that more PlayStation first party titles can withstand a port, with some elbow grease and expert programming, can demonstrate some of the best, if not the very greatest in action-adventure across gaming. It’s weird to think that PlayStation now have published games on their own respective platforms, PC and XBOX. Who’dathunkit?

Much like the cinematic adaptation, the title gives players the ultimate soundtrack to swing through New York City with. While it can be somewhat repetitious, a suspense-filled orchestrated overture drums Peter Parker through the streets, littered with crime with Spider-Man at the ready. But what’s a story without interesting dialogue to fill in dead-air? Nothing overbearing, if anything a progressive support system that keeps the player immersed in all the happenings of the city, and what’s been said about the vigilante himself. Of course, this can only be covered by the narcissistic, and obsessive James Jonah Jameson, and his new podcast ‘Just the Facts’. In between this, Peter receives phone calls from his friends and family, landing new objectives or to inform Spider-Man of new skills he can obtain. These can be imperative to the overall experience so it’s vital to listen closely.

An amazing ensemble of esteemed voice actors take on the roles of some beloved characters in this epic escapade, with the one and only Yuri Lowenthal (Persona 4, Lost Judgment) portraying our friendly neighbourhood protagonist, Peter Parker/Spider-Man. Alongside Lowenthal, the ever amazing Laura Bailey (The Last of Us Part II, Persona 4) brings life to the investigative journalist and love of Peter’s life, Mary Jane Watson. J.J. Jameson’s hilarious anecdotes are purposely overacted to a remarkable performance by the incomparable Darin De Paul (Overwatch, Yakuza: Like a Dragon). Various performances are given a blockbuster treatment from notable actors within the industry such as Travis Willingham (Critical Role, Catherine: Full Body) as Wilson ‘Kingpin’ Fisk, Stephen Oyoung as Martin Li, Nancy Linari as Aunt May, Erica Lindbeck as Felicia Hardy, and an emotional cameo appearance from the one and only, the late Stan Lee.

Marvel’s Spider-Man Remastered for PC is absolutely an essential. This is a can’t miss, high octane action-packed adventure that pits Peter in his prime against a perilous party of antagonists. This is an elite form of interactive entertainment that shines a bright light on how we appreciate, and involve ourselves with each character throughout this tale. There’s nothing greater than being a superhero that saves the day, and to portray one that is the ultimate everyday person, trying to mask their abilities by leading such a double-life is exciting. Quite possibly the greatest interactive superhero title every developed, and it’s now available on PC. For those yet to experience this masterpiece, it’s definitely one to swing by and consume. Marvel’s Spider-Man Remastered is essential gaming, for everyone.

0
Marvel’s Spider-Man is a 2018 action-adventure game developed by Insomniac Games and published by Sony Interactive Entertainment. Based on the Marvel Comics character Spider-Man, it tells an original narrative that is inspired by the long-running comic book.

Story
10
Gameplay
9
Presentation
10
Sound
10
10
Supplied by the publisher, for our review.
Windows Playstation 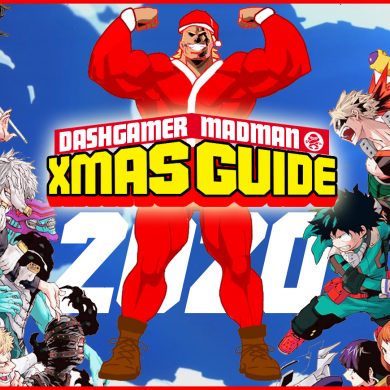