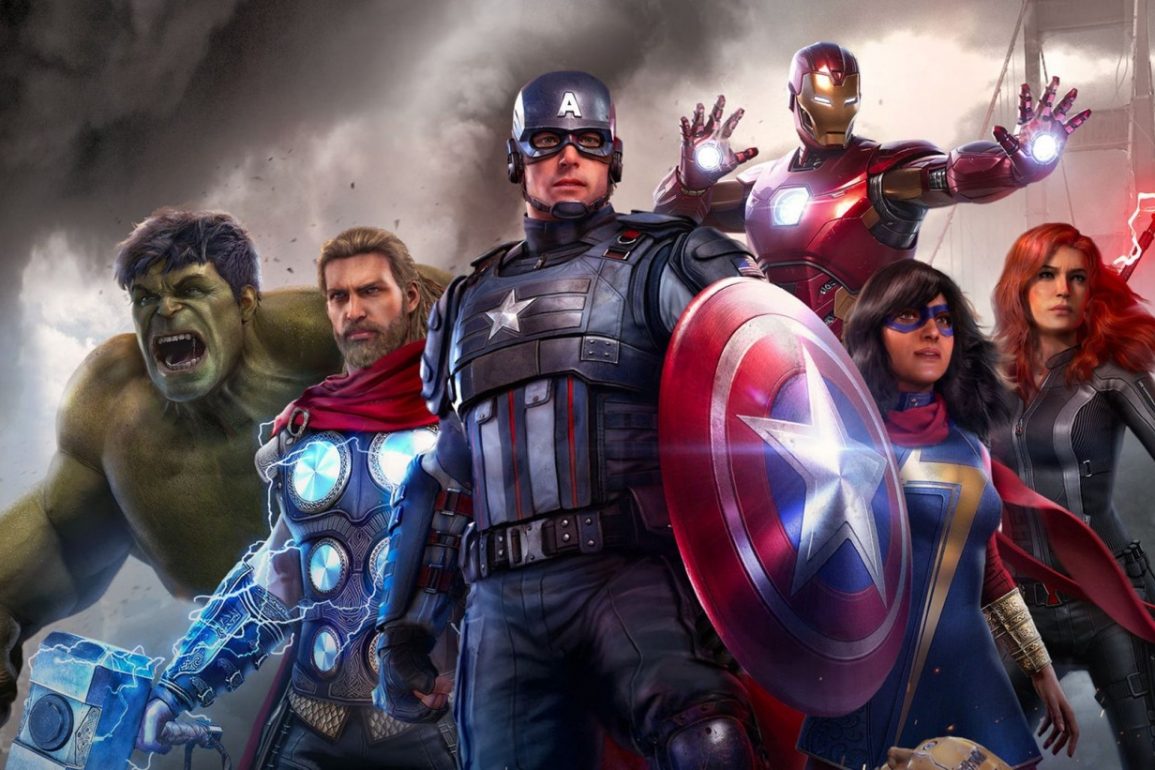 There have been literally dozens of Marvel-licensed video games over the past decade, but the high benchmark of quality associated with the entertainment giant’s comic books, animations, and cinematic universe has been absent from many of these releases. Until now, the world’s most popular band of superheroes has been notably absent at the AAA level, making Marvel’s Avengers a long-awaited effort to bring the characters together in a polished action role-playing experience. Crystal Dynamics’ multiplayer brawler is the first current-generation release to attempt capturing the flash and hype we associate with the Avengers, going beyond the arcade-style button mashing of past Marvel-themed co-op video games. While far from a perfect product, Marvel’s Avengers exceeds the low expectations and criticisms many have hurled since the first gameplay reveal and will definitely bring smiles to the face of any superfan.

The multiplayer experience is the long-term focus and can be accessed at any time, with your first 10 to 15 hours best spent completing the solo campaign. Co-op missions are essentially presented as post-game content, thanks to a campaign spoiler warning offered before jumping in, and your playable character choices will be limited if you choose to skip the single player mode. The focus on customisation is a strength of Marvel’s Avengers, from characters with diverse play styles, to the way you can customise your superheroes with unlockable abilities, specialties, stat-enhancing gear. There are plenty of cosmetic options too, but most are tragically locked behind microtransactions or extreme levels of grinding. A lot of love has gone into each of the six characters’ movesets and abilities, with animations resembling attacks you’ll recall from iconic video games like Marvel vs Street Fighter, as well as the films, comic books and cartoons. No two characters feel too similar, even varying in how they control with unique weight behind their movements.

There’s a lot to love in Marvel Avengers’ story and little to complain about, with my biggest gripes being the lack of screen time for a couple of the Avengers and the way some story missions are locked beyond grinding. However, there is a Hulk-sized elephant in the room that we need to get out of the way. You’re going to enjoy Marvel’s Avengers a lot more if you’re able to shake the fact that this is not the Marvel Cinematic Universe, if you can help from comparing Nolan North’s Iron Man to Robert Downey Jr’s (for example), and if you can set your expectations significantly below the writing and story development that has captured our attention at the cinema for more than 23 films over 13 years. These products are vastly different and the constant comparison, while it’s an easy one, can only hurt your perspective as you experience the world that Crystal Dynamics has represented.

The inclusion of doe-eyed newcomer Kamala Khan is crucial in helping the player separate from the MCU, with a youthful exuberance and excitement that makes her a relatable protagonist in a world of literal gods, comic book heroes and super villains. Kamala is the excitable new kid on the block, taking on the task of reuniting the Avengers after the opening tutorial mission leaves them disbanded. While casual Marvel fans will see her as the “odd one out” in the playable lineup, she is absolutely the heart and soul of the campaign’s story. The star-studded voice acting cast carries a lot of the narrative weight, with polished cutscene animations adding an emotional impact that takes Marvel’s Avengers well beyond a basic superhero story. As much as we’ve come to expect flawless lip syncing in AAA video games, nailing this sense of realism in cutscenes is crucial with such a close Hollywood parallel.

It's not quite everything you imagined and there is surely more action to come...

Whether or not the Avengers are characters you already know and love, almost each of them has a decent opportunity to develop onscreen over the course of the game. As much as avoiding the MCU comparison will help you enjoy Marvel’s Avengers, holding a fondness and attachment to the lineup of characters will make it far easier to overlook some of the gameplay issues. There’s a joyous novelty in experiencing the powers and abilities of your favourite superheroes, fleshed out with the AAA nuance that hasn’t been possible in the more basic combat approach seen recently in the likes of Marvel Ultimate Alliance 3, Marvel Heroes Omega, and Lego’s Marvel releases. I know many will find dozens, if not hundreds, of hours of enjoyment in this feeling; however, the novelty will wear off faster for some, as the gameplay is far from perfect and the visual polish is hiding some considerable flaws.

Repetition is a real problem right across Marvel’s Avengers, and after a few days of playing you can expect to feel like Dr Strange reliving 14,000,605 similar scenarios, one after the other. There’s an extreme lack of enemy variety, mission objectives that rarely feel unique, and shamelessly recycled assets that leave settings feeling bland within the same geographic areas. This affects both the campaign and multiplayer experiences, but the solo missions at least throw in some platforming and environmental variances that create tension and change things up. For all the combat options created by a diverse range of abilities, repeatedly mashing an attack button often feels like the most effective approach to clearing out enemies. One of the biggest disappointments is that Marvel has included just a select few of its fantastic and colourful range of villains in the campaign. A reliance on robot enemies drains the personality out of the boss encounters and makes you wonder if Crystal Dynamics has compromised the quality of the story mode to save the heavy hitters for future online content.

These are the most significant issues I experienced, and they compound with smaller gripes to bring down the overall experience of Marvel’s Avengers, with a convoluted user interface, bugs, and oversights showing their ugly mugs frequently. If you want examples, one emotional cutscene on the Avengers’ Chimera outpost was tarnished by an on-screen message prompt reminding me to renew my available “faction rewards”. Certain loot and rewards are often locked off to players if your character lacks a certain unique ability, with no way to change character mid-mission or instruct your AI companions to bash down a door. While the acting performances and writing are great, the subtitles are shockingly bad and sometimes completely different from the lines being delivered, as if an earlier draft of the script was used. Some careless platforming fails will give you an instant restart, while others will force you to sit through a 25-second loading screen before you can make your leap again. Whether you consider these issues as nitpicks or legitimate gripes, each one seems to have a simple fix and points towards a rushed release.

By the nature of its “game as a service” genre, Marvel’s Avengers is an unfinished product that will improve over time. Many of the issues I’ve mentioned will be patched and extra content will provide players with a fuller, more enjoyable experience. The additions of Spider-Man, Black Panther and other playable heroes planned in the near and distant future will presumably change the level of quality content and keep the carrot on the stick for many players. However, there are times playing Marvel’s Avengers that feel like arriving with your best mates to a party just a little too early, before the bar has opened. It’s not quite everything you imagined and there is surely more action to come, but for now, there are plenty of chips and dip on the table, so don’t mind me while I dig in and dance around with my friends.

Marvel’s Avengers is an action role-playing brawler video game co-developed by Crystal Dynamics and published by Square Enix. Based on the Marvel Comics superhero team the Avengers, the game is mainly inspired by the MCU iteration of the group.

Story
7
Gameplay
7
Presentation
8
Sound
9
7.5
A code was supplied by the publisher, for our review. 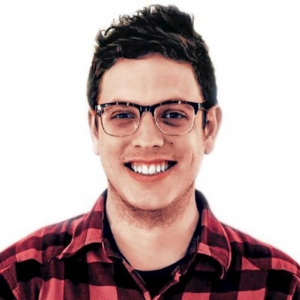 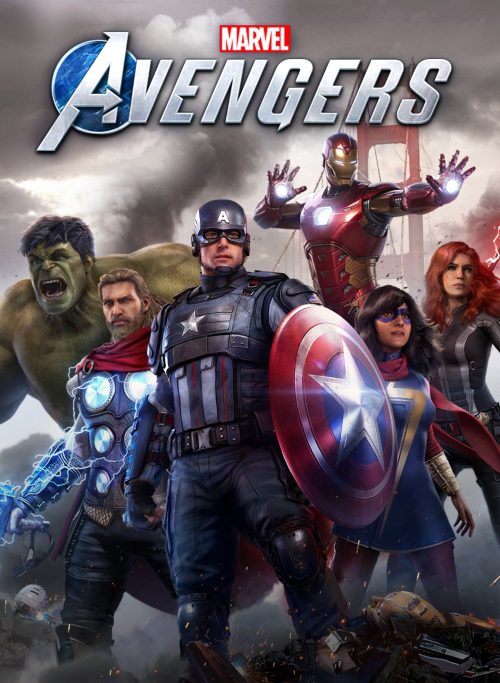