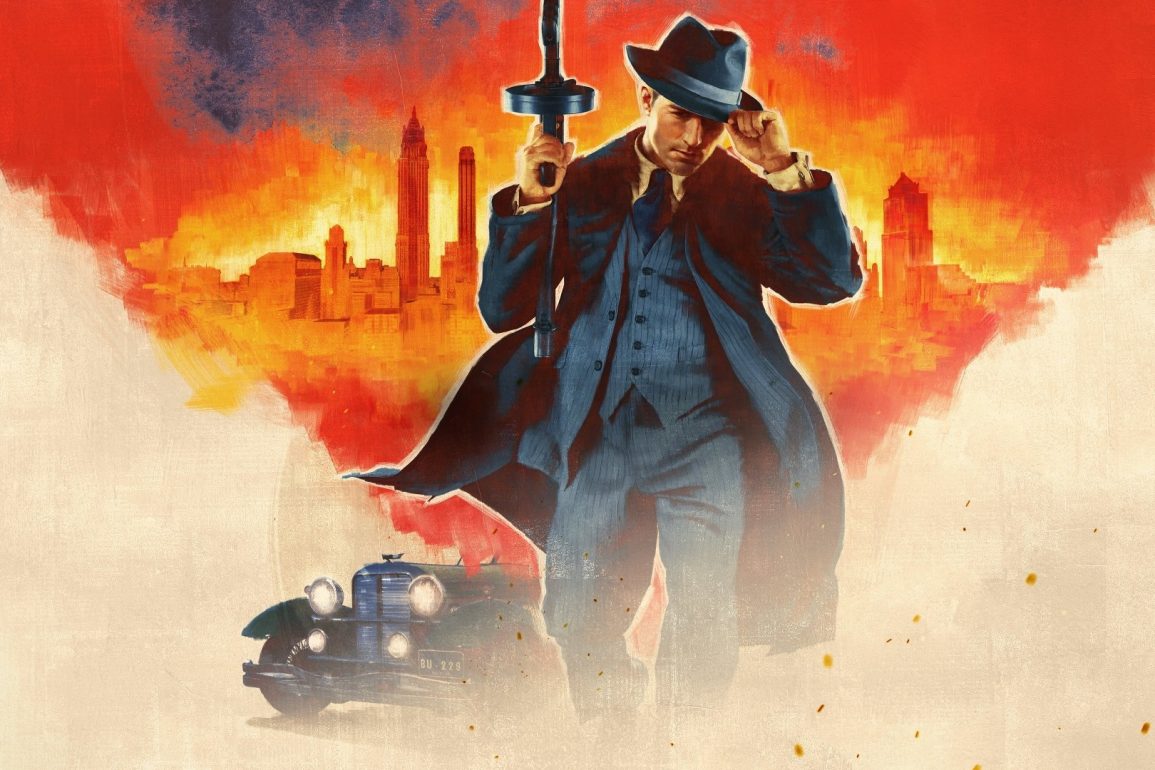 ✔️Remains faithful to its original iteration.
✔️Authentic Mafia, with framework incorporated from its third entry.
✔️One of the greatest Mob stories ever told.

❌Some bugs and glitches, nothing a patch can’t fix.
❌Soft locks on certain quicktime events.

Mafia left a legacy back when it first hit shelves in 2002, redefining the Mobster genre that had seen its fair share of mediocre titles within the gaming space. When Illusion Softworks began development over two decades ago, Mafia’s premise had been met with a lukewarm reception, due to its entire premise being similar of Grand Theft Auto III. However, upon its initial release on PC, Mafia garnered critical acclaim with audiences raving over its original narrative, strong character development, incredible open world physics, and gameplay that exceeded anything that had been coined as similar in approach. While its PC iteration may have delivered a picture perfect rendition of the title, its PS2 and XBOX ports were not considered favourable in the least.

Now at the end of our current generation, cycle we are delivered a complete overhaul of the original title. An extremely well presented retelling of Tommy Angelo’s story, and how he went from innocent cab driver to murderous mobster for the Salieri Syndicate. Keeping the narrative faithful to its source material, Mafia: Definitive Edition does its best to keep the experience as genuine and authentic to its weathered iteration. Rebuilding Lost Haven within the established grounds of the Mafia III engine, modifying the concept’s framework did insurmountable favours for how the title had been potentially re-introduced to those whom may have yet to experience this incredible tale.

I will admit, I was apprehensive about playing this title but I immediately succumbed to nostalgia and had to replay what I considered one of the PlayStation 2’s greatest hits. However, Mafia III had left me quite underwhelmed with its weak narrative, and not to mention the title was poorly optimised and littered with bugs. Hearing that Mafia: Definitive Edition was incorporating the half-baked engine left me at unease, but I can unobjectively walk away from this experience knowing that I was satisfied. Is it perfect? No, but it delivers on its promise of demonstrating an entirely new experience within the franchise, and if anything reinvigorates the series for a potential renaissance on next generation hardware.

The candor and modesty displayed within its simplicity, makes for easy advancement throughout its linear campaign. While the additional bells and whistles may deliver an entirely new aesthetic to its overture, Mafia: Definitive Edition strives to give the devotee a reimagined revisiting. Familiarities in are a given with Lost Haven’s map layout looking identical, while giving the fictional city its desired cosmetic facelift. Roaming through the ‘Little Italy – New York’ style inspired metropolis, we’re set with a litany of objectives that escort us through the bustling cityscape. Segregated into various neighbourhoods, the Salieri mob primarily run the eastern district while rival mob the Morello Crime Family control Little Italy.

Before leading a life of crime, Tommy had been working as a cab driver, during Lost Haven’s Prohibition. Operating his business for nickel’s and dime’s, the Average Joe was about to stumble into a a mob war, which he had no idea would become his calling. Forced into helping two goons from the Salieri mob, both Paulie Lombardo and Sam Trapani strong-arm the taxi driver into making a hasty getaway from the nefarious Morello family. Assisting the Salieri syndicate, Paulie thanks Tommy by paying for his vehicle’s damages and letting him know that Don Salieri had approved of the cabbie’s helping hand. The following day, Tommy is attacked by members of the Morello family, after they had identified him as an assailant of yesterday’s getaway.

After their vicious assault on Tommy and his vehicle, Tommy retaliates by attacking one of the mobsters and makes an expeditious getaway on foot. Busting through abandoned buildings, running through desolate alleyways and leaping over wired fences, the former chauffeur finds himself in front of Salieri’s Restaurant, with Paulie and Sam standing out-front. Tommy takes asylum within the crime family’s establishment, with hopes of meeting the Don, and seeking his approval on revenge for his demolished automobile. With Salieri’s blessing, Tommy is accompanied by Sam to Morello’s hideout in hopes of destroying his lot of vehicles. Fulfilling their task by bashing in the windshields, and purposely igniting Morello’s prized car collection, the pair head back to report to the Don, with Tommy becoming one in the family. Tommy’s initiation into the Crime Ring had begun.

Sleeping with the Fishes…

While incorporating and implementing many of Mafia III’s traits, Mafia: Definitive Edition improves upon the ambitious canonical sequel’s shortcomings. A polished aesthetic and presentation brings new life, showing a dedication to its development cycle, and that development studio Hangar 13 were not simply recycling core fundamentals that had been poorly detailed within its intended entry. Its repurposing of Mafia III’s blueprint has made exemplary upgrades towards Mafia: Definitive Edition’s entire gameplay loop, including new vehicles such as motorcycles, new areas within Lost Haven, and improved performance. While I admire these accomplishments, Mafia: Definitive Edition bears some bugs and glitches that can be game breaking.

In-Game cinematics that trigger certain events may end up freezing, ultimately soft-locking the title without being able to progress without a hard reset. In turn, at one point I had lost an hour of gametime due to a simple quicktime event that had not activated. It was frustrating, but I was so enamoured by events that had transpired, that I had to jump back in and complete the sequence. Much of the title’s artillery remains intact, without anything new in terms of weaponry. The classic hand and tommy-gun, along with variants that are supplied and collected can be used throughout campaign missions and certain events. With that said, ‘Classic Difficulty’ is an amalgamation of Mafia’s original iteration and the Definitive Edition, delivering an authentic ‘Old School’ Mafia experience.

The mode raises the difficulty, and elevates hostility in certain situations. I had a real rough time trying to trudge my way through the campaign with the mode enabled, and is not recommended for those looking for a simple, cinematic experience. Free Ride allows the player to traverse through Lost Haven at their own leisure, taking in the sights and scenes of the city without any tasks or objectives. I took a spin around the busy town, taking in the wonderful architecture that had been redesigned and reimagined, with certain landmarks rebuilt, and looking excellent. With an entirely new overlay giving Mafia a brand new lease on life, this could very well be the revival the series needed after Mafia III’s mixed reception.

Albeit, Mafia Definitive Edition has raised the stakes. It’s a series that has essentially gone to war on itself by rebuilding, redefining, and reintroducing its stellar narrative to an entirely new generation of gamers. As someone whose family thinks of The Godfather Trilogy as a holy testimony to Italian heritage, Mafia delivers an astounding performance on all fronts from gameplay, presentation, design and delivery. Some minor setbacks are a given within its experimental re-emergence, but it’s still a marvellous manifestation of gaming glory. I certainly welcome Mafia back to the family, with open arms and hope it never…. EVER disappoints us again, capisce?

Mafia: Definitive Edition is a 2020 action-adventure game, developed by Hangar 13 and published by 2K Games. A remake of the 2002 video game Mafia, it is the fourth main installment in the Mafia series.

Story
9
Gameplay
7
Presentation
8
Sound
8
8
A code was supplied by the publisher, for our review. 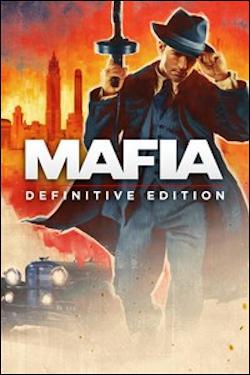 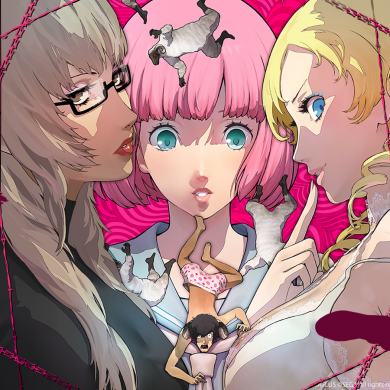