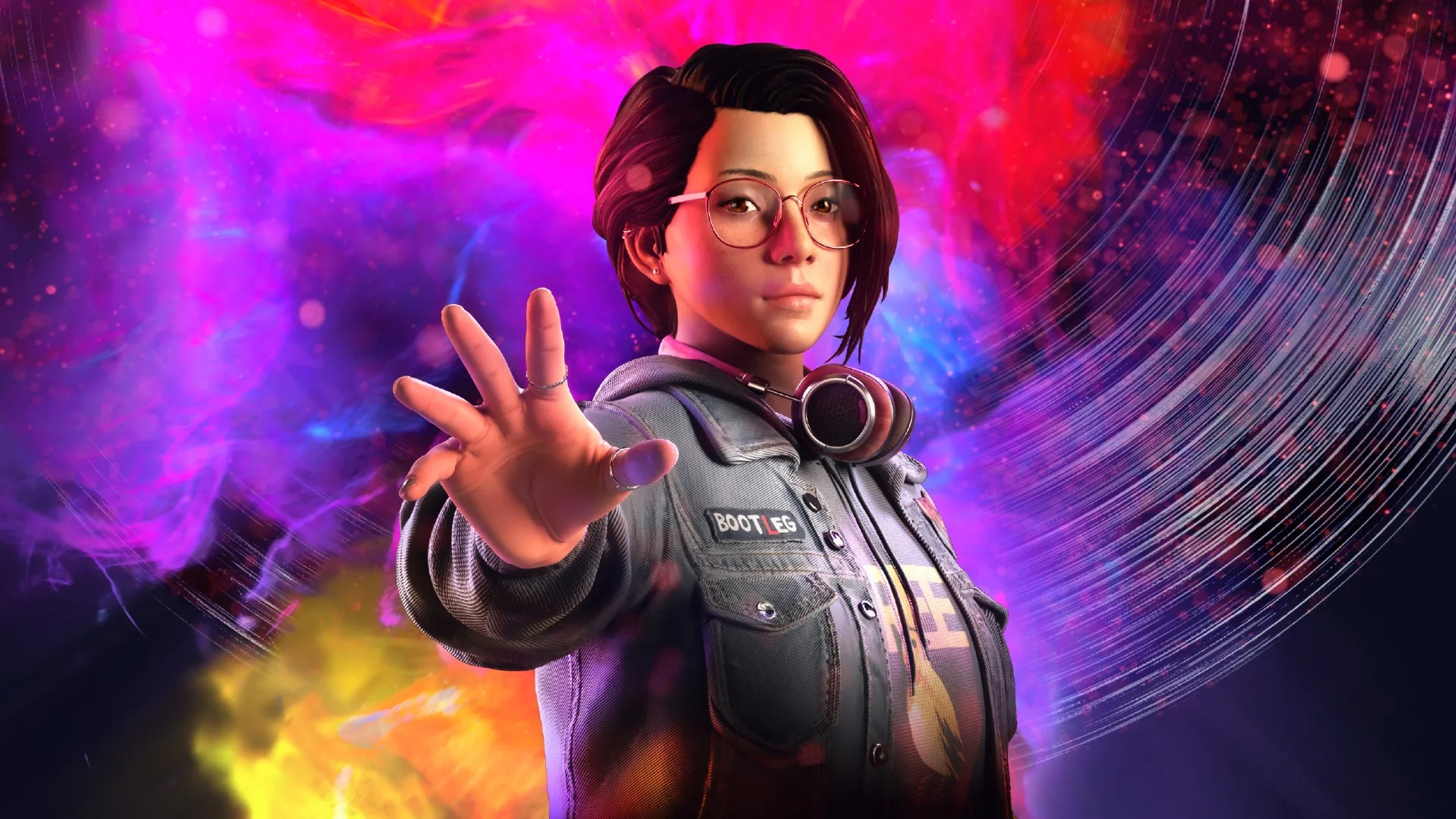 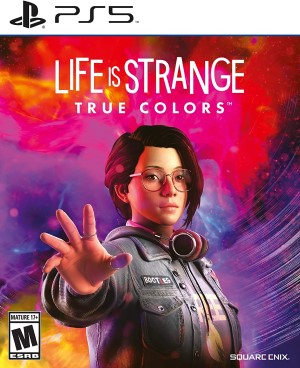 Life is a Rollercoaster...

I have a turbulent history with the Life is Strange franchise. I think it’s without question, and forever engrained in our website’s legacy that Max and Chloe’s time-twisting saga will forever remain one of my all-time favourite visual novel, action-adventure experiences of all time. There’s just something about taking an established formula once identified as Telltale’s trademark and paying patrimonies to its blueprint by deviating the linear, and having the player re-shape consequences to suit their own agenda. Since its initial chapter, Life is Strange has evolved into an unconventional series of the supernatural, basing its structure on primal events that have all been connected to its first release. However, Life is Strange: True Colors may very well be the disconnect from each branching arc that relates to the initial time-warp, despite some distanced relative.

Life is Strange has thrived on its strong story-telling and charming personalities. With these imperative assets to the franchise, it has been revered by fans and catapulted above the point-and-click genre, repurposing the prolific and heralded category from palatable progression to immersive and cinematic gameplay. Underpinning its foundation through integral differences in both unique and borrowed facets from not only its prequels, but preceding titles within its genre, Life is Strange: True Colors has scrapped the rule book of passe’ linear narrative development without dependency on its acclaimed rewind mechanic. Rather, a tale that highlights the everlasting effects of mental health, and cascading events that revisit the nuance in the “butterfly effect”. While Life is Strange: Before the Storm may have been met with some criticism, Deck Nine take the reigns to evolve the property, and make it their own.

Due to the title plot-heavy nature, we’ll keep story details to a minimum in this review and primarily give focus on True Colors’ incredible improvements on the series’ overall presentation. With that said, Life is Strange: True Colors takes place in the small town of Haven, Colorado. Alex Chen, adopted by a foster family as a child, decides to uproot her life to the village where her once convicted biological brother Gabe, resides. Leaving their troubled childhood behind them, the siblings lead a new outlook with Gabe reconciling on his misdemeanours, happily in love with his partner Charlotte, while playing Dad to her son Ethan. Meanwhile, Alex struggles with her volatile mental state, discreetly utilising her hidden capability to mirror the emotions of others around her. In addition, these powers allow Alex to read minds and gauge thoughts, process, and feelings.

In what could be considered a blessing and an outright curse, Alex is confronted with emotional turmoil in each citizen surrounding her, most notably the patrons of the Black Lantern – Haven’s local tavern. The bar houses an apartment upstairs to which Gabe had been living in, while working downstairs for owner Jed Lucan. Now with his younger sister in town, Gabe graciously gives up his apartment to her and moves in with Charlotte and Ethan, allowing Alex some independency. Acquainting herself with the townsfolk, Alex is introduced to Gabe’s best friend Ryan, a park ranger that works part time at Haven’s local record store, Rocky Mountain Record Traders alongside Steph Gingrich – the beloved Dungeons and Dragons GM from Before the Storm – who DJ’s Haven’s independent radio station.

Now just as any Life is Strange tale, there’s a catalyst that coerces a forced event to transpire. This gently ushers in our story’s primary focus, and how Alex will carefully manipulate her path through inquisitive inspection. Dissecting a deluge of destinies before her, she’s aided by close friends and cohorts to investigate a sudden event that rocks not only the entire village, but herself. We begin to learn more about Haven and its people, while forming a strong opinion on their personalities. This is signified by an embodiment of emotions that manifest through strings of events that surmise a represented halo that glows around certain characters, displaying their sudden sentimentality with Golden being the most approachable and friendly and red showing unbridled fury and angst. These feelings can either welcome or deter Alex from partaking in dialogue between herself and the opposing character in question.

Life is Strange: True Colors is an evolutionary entry that will not only support the franchise going forward, but may well be a renewed outlook on its overall experience.

The stronger the emotion, the higher the influence that carries over to our clairvoyant. Each encouragement comes influence in the ability to pursue and push further, which aids Alex on her investigation while anxiety will place her in an apprehensive state, sparking a flurry of unstable emotion that may or may not act out accordingly, causing a rift between friends or straying off the path you intend. Each chapter entails a specific theme or premise that follows a distinct formula, while sticking its navigational territory. Keeping the adventure within the confines of the mountainside village, Haven’s overall presence delivers a rather homely environment settling our protagonist in quite naturally without the need for awkward introductions. However, themes of Mental Health and wellbeing begin to surface in each character Alex confronts, from the distressed, devastated, elated and befuddled; each characteristic entails a story that will undoubtedly leave the player in absolute awe.

Strange times we live in...

✔️Subtle recalls from previous entries in the series.

✔️Absolutely gorgeous; the best Life is Strange title to capture enigmatic beauty in its environment.

❌No significant impact on the tales outcome, regardless of which path you choose.

❌Some framerate and technical hiccups.

Carving your own pathway through Life is Strange: True Colors is a testament to your moral compass. Entrenched within the town’s backstory, Alex deciphers a devious ploy that has remain unearthed for decades which ties-in with concurrent events; both which effect our her personally. While not heavily implied, it is a coming of age story for a young adult looking to finally break away from the foreboding stigma which she and her older brother were unfortunately victims of. There is slight confusion on how it gets to that point, but is extrapolated further into the title’s final arc. While breaking down each chapter and progressing through each mission objective, Alex is able to survey the field by using her strong sense in empathy. There, she’s able to read people’s thoughts and process their feelings.

Some feelings may overpower her own cognition, influencing her to react similarly to situations of anger or happiness. This can lead to her mimicking other people and their words to which she has no control over. Usual dialogue and exposition with other characters are sub-standard, pick-and-choose to follow through on sequences and story beats which may unlock new pathways or push imperative outcomes to our tale. The trademark Life is Strange question of importance that relays dire consequences is back, leaving a fork-in-the-road through each reactionary decision. One example is paired with a newfound ability that would effectively have Alex control one’s self-conscience by drawing out their foul mood, with the medium able to harness it.

The contrast becomes clear between Max Caufield and Alex, with their respective capabilities displaying how delicate each theorised situation could be if given ultimate control. While it’s not of any drastic change in time and matter, Alex’s powers prove to be unpredictable despite intent or reason. Introductory dialogue is made apparent when scanning through multiple patrons to unveil their mood, which is followed by small exposition which tells their ongoing thoughts. Playing on PS5, holding down on L2 will give a indicator to how strong a character’s emotions are which is then triggered by pressing down “X” to reveal their true nature. Interacting with the environment, rummaging through evidence, searching different scenery and contemplating circumstances remains vital to Life is Strange’s success, and True Colors does an astounding job improving on all these features.

The entire experience is only heightened by Deck Nine’s incredible efforts re-developing the Life is Strange engine, both mechanically and aesthetically. It does me no justice in describing how absolutely gorgeous and visually pleasing Haven is. The moment Alex steps off the Bus arriving to the small Colorado district, you get a grasp of the title’s vibrant palette crossing the town’s renowned “flower bridge”, while quietly entering the community’s downtown strip where locals congregate. There were moments of slight performance issues including massive framerate dips and gameplay stutter, but nothing insanely deterring. While these matters may be patched overtime, the entire delivery pushes through this in an appealing manner. Character models are lifelike, demonstrating the overhauled engine greatly with expression, emotion and body language – most importantly, distinct lip syncing within discourse.

Life is Strange has thrived on outstanding performances with the industry’s most notable portraying long time favourites. However, True Colors highlights a new wave of vocal talents showing their incredible range and abilities all but one, credited for their first role within the gaming industry. Erika Mori takes the lead as Protagonist Alex Chen, with Han Soto playing the part of her older brother Gabe. Katy Bentz reprises her role as Steph Gingrich from Before the Storm, playing potential love interest alongside Eric Emery as Ryan Luden. Dwight Braswell comes in as the overly protective boyfriend Mac, in his troubled relationship with Florest Riley, played by Danielle Renee Vivarttas. Cody Lyman patrols Haven as local law enforcement and friendly neighbourhood officer Jason Pike, while Stephen F. Austin’s Jed Lucan, runs the tavern while eccentric yet eloquent alcoholic Reginald “Duckie” McAllister III, played by Jim Hunt, drinks the Lantern dry. Exzinia Scott plays Gabe’s love interest, the emotional Charlotte, who seems to play Mum to both her boyfriend and her only son, the inquisitive Ethan – played by Ignacio Garcia-Canteli, a kid who loves his comic books and nerdy pop-culture.

Life is Strange: True Colors is an evolutionary entry that will not only support the franchise going forward, but may well be a renewed outlook on its future. From immersive story telling, a profoundly popular overture that slaps, to engaging environments capable of enamouring players with its sheer beauty. True Colors can be described best as a soft reboot to the Life is Strange IP, setting forth a revitalised interest from its devout that may have fallen off the wagon after its mainline sequel. An unequivocal return to form, gives the player ultimate control over Alex and her destiny, encouraging our protagonist to pursue the truth of an undisclosed event that rocks Haven to its core. Not since Max and Chloe’s escapades have I felt so emotionally exhausted playing a point-and-click game, attesting to this entry as a mainline sequel rather than its presumed spin-off. While I still hold the series initial entry as top dog, Life is Strange: True Colors seats itself beside it quite comfortably as its equal – an emotional joyride that proves to be Game of the Year worthy.

0
Life Is Strange: True Colors is a graphic adventure video game developed by Deck Nine and published by Square Enix’s European subsidiary. It was released in its entirety on 10 September 2021 for PC, PS4, PS5, Xbox One, Xbox Series X/S, Stadia & Nintendo Switch. 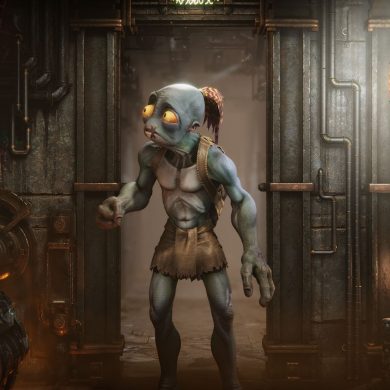