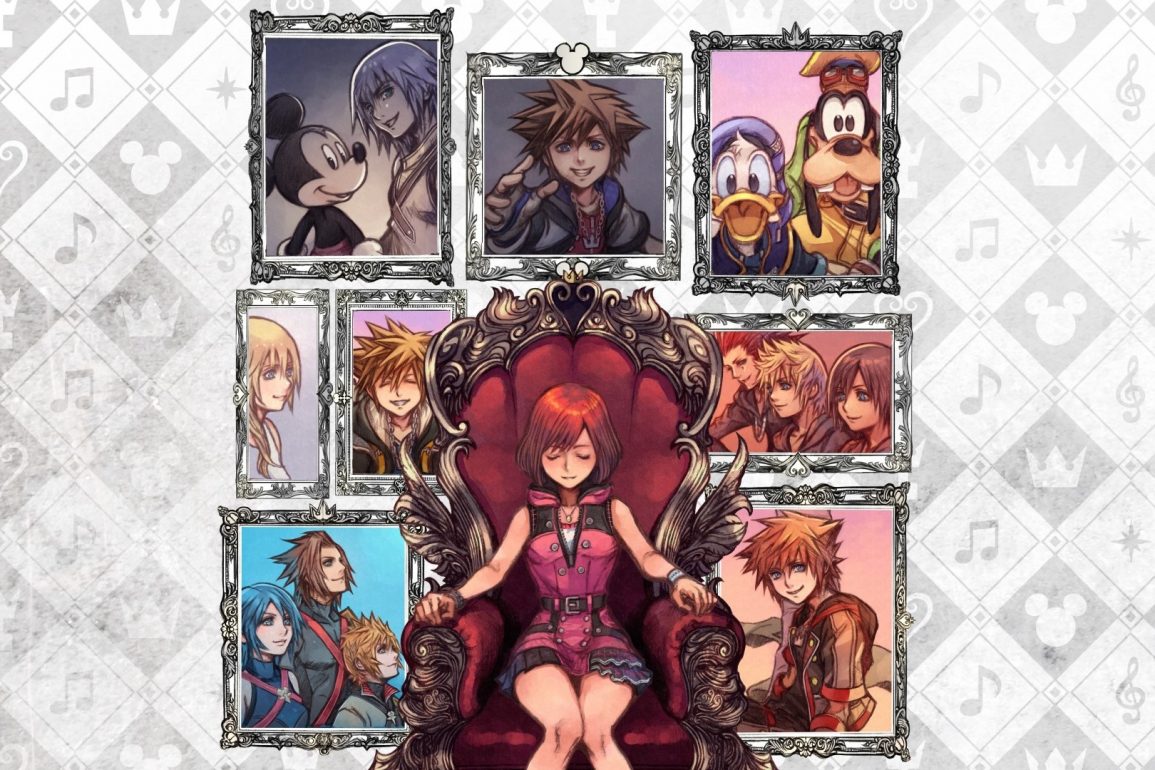 ❌Enemies can be scattered in swarms, making for some confusing confrontations.
❌Cutscenes during gameplay is mindboggling.
❌No variety in its assorted cast of characters.

The moment Hiraku Utada’s Simple and Clean hit, memories immediately came flooding back from my childhood. The Kingdom Hearts franchise continues to hold a near and dear place in the hearts of many fond of the PlayStation 2 era, with the amalgamation of Final Fantasy and the Disney universe. Two separate entities that had no business being together encapsulated an entire generation of gamers, leaving an impression, and a devout fanbase that clamour for more to this very day. Hell, I’m 31 going 32, and I still adore this series for its pure innocence and heartfelt connection between my childhood and becoming a teenager. Melody of Memory is aptly named for those that are reminded of the magic that the franchise entailed, humming the tunes of their favourite overture within Kingdom Hearts’ notoriously hooking soundtrack.

Simple and Clean still slaps, and has been remixed to death. The song’s impact has been felt throughout numerous generations, even going as far as being played at music festivals with fans singing along to its memorable lyrics. Kingdom Hearts’ generational impact is boundless, and has proved this with its various re-releases that have been top sellers for the last two generations. Now paying tribute to its excellent compilation, Melody of Memory comprises of Kingdom Hearts catalogue of existing songs that have been graciously reworked into this rhythm title, almost as a love note to its fanbase. Developers have labelled the title an essential, and a precursor to what is to come for the franchise which peaks my curiosity. Kingdom Hearts’ convoluted narrative has always been somewhat controversial but is something that seems to allure gamers.

When you walk away...

With an aesthetic that matches its golden years on the PlayStation 2, Melody of Memory does its best to mesh a rhythm based construct with the simple hack-and-slash mechanics of its traditional combat experience. From the get-go, you’re given a taste of its entire campaign, with Sora drifting through Simple and Clean, then are met with Donald and Goofy, on what looks to be a musical runway, with tracks that represent each characters oncoming beat that must be marked, littered with Heartless Shadows and a myriad of menacing foes that threaten your path to success. Beginning with a small tutorial on the title’s basics, you are to land each beat which is represented by a coloured orb that is prompted by running towards it, leaping in the air, or floating with a fermata; a hold or pause.

On PlayStation 4/5, Using the Cross (X), L1 and R1 buttons lend each respective character their attack, but depending on how swarm is spread out, you may have to mark each button in tandem. As you progress through the campaign, your character group will change through each mission. Your main protagonist (narrative-wise, portraying the antagonist) will run down the center with their co-horts running on their far or near left and right respectively. As you cruise down each composed course, you may collect ability crystals that initiate stronger attacks for each character, landing a range of effective blows to a flurry of multiple enemies that range from standard to gigas size. It can be somewhat confronting when placed right into the title without any precursor to series’ history, nor any introduction to the mainline franchise and its core gameplay loop but those who are acquainted with Kingdom Hearts will immediately grasp this world’s happenings and adapt easily.

A gripe that remained consistent throughout this setting is the way enemies are laid out. This presents a problem for the title’s difficulty. Sure there are settings that can be adjusted, but it doesn’t mean much when you begin a track and the heartless are light from the beginning but are presented in droves near the end. There is quite an unbalanced approach, and can be frustrating to some that aren’t as ambidextrous as others. Your characters are banded by one HP scale. If your health depletes then the song automatically stops and you fail said mission. The three tiered difficulty modes are represented as Beginner, Standard and Proud but like I mentioned, it will only show subtle differences between the three choices. Besides the ability crystals, there are items that can help you party along the way that will replenish health and increase your XP. There is a way to have King Mickey assist you, but I found myself rarely having to rely on this feature.

So, astonishingly there is a premise here. It’s not just your average run-of-the-mill rhythm adaptation side-piece. Melody of Memory acts more as a portal to a potential sequel within Kingdom Hearts lore. After the developers at Square Enix claimed that the series’ was to end after its third entry, it become obvious that its ending had not justified any ends to its means, and was set to continue. Melody of Memory provides the fan a melancholic recap of the entire franchise in one 20 hour sitting. I should note that you can complete the title in less than 6 hours, but I dove back in to go the long way around, just because rushing the title did not provide any substance, not that I purposely did so but it was rather luck that lead me to the finish faster than expected. The rhythmic universe is segregated into 47 worlds, each representing a Disney theme or an original terrain.

33 “Dark Holes” contain a boss battle featuring notable antagonists of the series. A mixture of characters are presented, but each group aren’t as individualised nor entail any distinct difference from one another. You may portray Sora or Roxas in their respective levels, but it’s all the same really. Apart from visual appearance and vocal backings, their respective offense is mirrored. I should have probably expected that coming from a rhythm title. Unfortunately, I would love to reflect upon its solo campaign setting, but that would spoil Kingdom Hearts III in its entirety, and there are those who intend on playing the series from start to finish, so I would implore those that are playing to keep this entry in mind right after finishing its third mainline entry. Over 140 songs will accompany our heroes on their trudge through the litany of worlds reflected.

There are some vibrant environments that hearken back to the series’ early beginnings, right up to the later stages of Kingdom Hearts III, however there are those that purely play an entire loop of cutscenes during your gameplay that make it hard to concentrate. I had a rough time dealing with a few levels, while gazing a full-blown feature happening behind my band. This was one of the poorest choices in design; a setback that is somewhat disappointing as it could be considered filler for maps that weren’t included. Multiplayer was fine, but it’s nothing that will have fans excited. If anything the title is intended to be a solo, intimate experience for devout lovers of this timeless tale. Its guaranteed that monotony will set in after a while, but the title depends on fans and their adoration for masterclass listing of classic music that will entice them to continue without doubt.

Kingdom Hearts: Melody of Memory is a fantastic addition to the Kingdom Hearts line-up. How many are there again? 358/2 Days or something? Oh ten, nine before this – right. None-the-less, this is surely an essential to those looking for their fix of Disney x Final Fantasy before the series’ promise of an ultimate climax. Furthering its existence, and progressing its scattered narrative has been a hallmark that’s followed the franchise from day one. Its cheesy exterior is accompanied by warmth, and absolute charm. Melody of Memory attest to these facets with every symphony that adorns each world. While it may not demonstrate a traditional exposition, nor does it present Kingdom Hearts in the best of ways, it’s an additional chapter and one that hardcore fans of Kingdom Hearts will appreciate, while awaiting its impending grand finale. 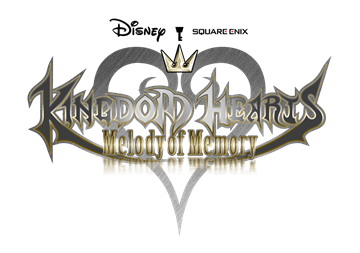 Story
8
Gameplay
8
Presentation
8
Sound
10
8.5
Supplied by the publisher, for our review. 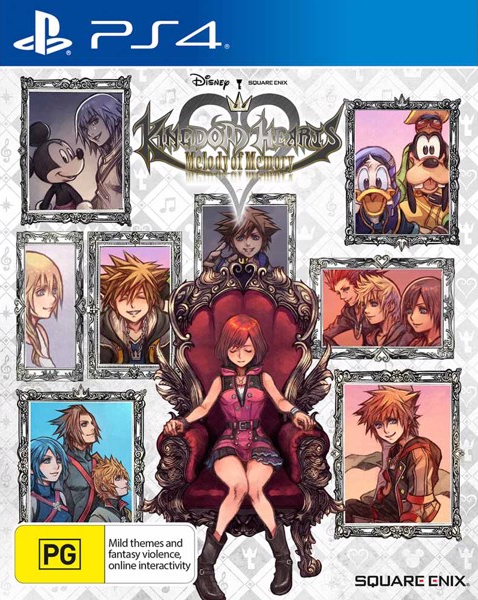