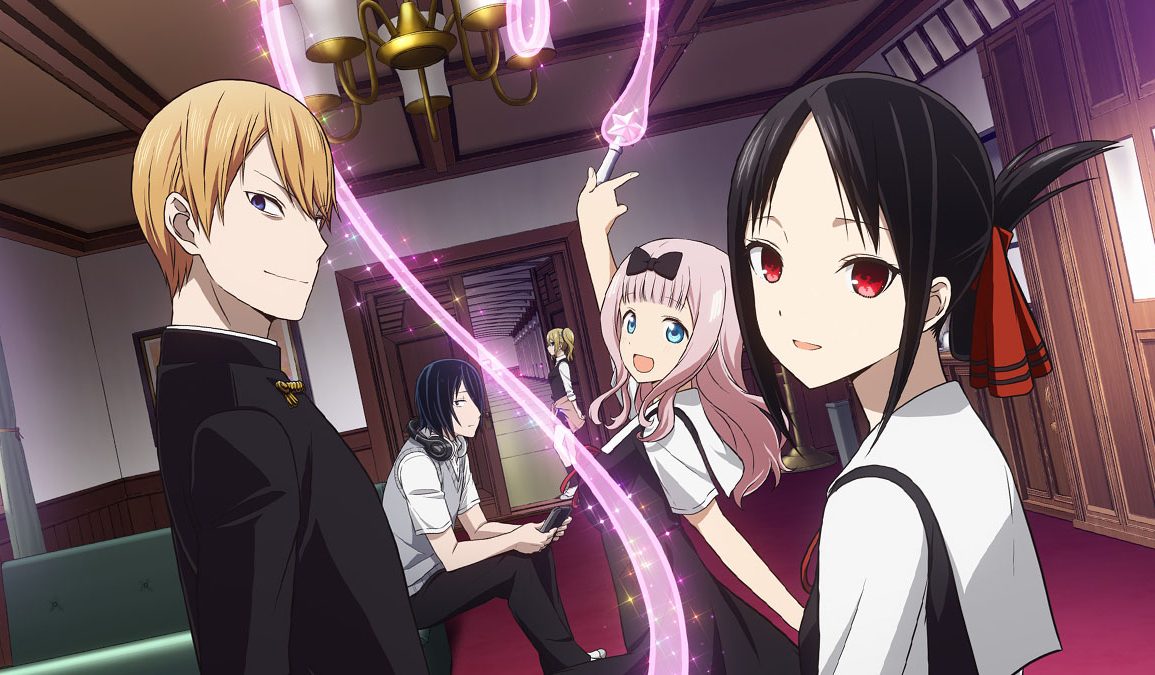 Is “Love” War? Love Is War? Regardless, Kaguya-Sama: Love Is War is one of anime’s most popular, and successful modern romance-comedy’s. With the ever-growing fandom the Manga produced back in 2016, there was no doubt the animated series was set to resonate the positive reception the source material obtained. The Manga series was first serialised in Shueisha’s Miracle Jump Magazine, in May 2015. Its popularity skyrocketed, and was moved onto Shueisha’s premiere magazine, the Weekly Young Jump in March of 2016. Love is War’s popularity growth was staggering, and had grasped a stronghold amongst the Manga community that saw series creator, Aka Akasaka sign on with Viz Media to begin publishing it’s own independent Manga in June 2018. Originally known as Kaguya Wants to be Confessed to (Kokurasetai: Dōjin-ban (かぐや様は告らせたい 同人版,), the franchise began as a Viz Media digital exclusive, published to Tonari no Young Jump.

“Love is War” sold over 2.69 million copies within the first year of publication, and its reach only grew as Viz Media localised the series for Western Release in 2018. As of January 2020, Kaguya-Sama: Love is War has sold over 10 Million copies worldwide, making it the 3rd best selling manga of 2020. There is no doubt as to why the series has been praised as one of the most adoring, charming, hilarious, and wonderfully animated adaptations to come from Japan, this year. Love is War heavily relies on such nuances as perfect comedic timing, a wonderfully scripted narrative of highschool drama, an amusing love triangle that becomes a fight for supremacy, and quality animation. Love is War’s first anime season was a critical hit, and had been renewed almost immediately following the series finale; a rarity that almost never happens within Anime. The 2nd season is currently simulcasting on AnimeLab.

Kaguya-Sama: Love is War? (Season 2) begins right where we left off. Kaguya Shinomiya, the Vice President of Shuchiin Academy’s student council is once again, vying for affection from her highschool crush, the student council president Miyuki Shirogane. Kaguya’s fears of being alone remain a prominent plot-point within the second series introduction, along with her devilishly devious plot to make Shirogane-san fall in love with her. While Kaguya-chan forcefully provokes the president into making a move on her, the naive student council secretary Chika Fujiwara, vies for both Kaguya and Shirogane’s non-platonic attention. While Chika’s intentions are innocent, Kaguya believes that the two are competing for Shirogane’s affection. Kaguya believes that Chika’s good looks and personality places her in direct competition, even though Chika admires Kaguya and thinks of the vice president as her best friend.

The series begins with Kaguya plotting to have her personal assistant, Ai Hayasaka use her ninja-like skills to break into Shuchin Academy and plant decaffeinated coffee in the council’s staff room, replacing Shirogane’s regular coffee. Unbeknownst to Kaguya, Shirogane’s dependency on caffeine solely lies on his comical case of being narcoleptic, and suddenly falls asleep on Kaguya’s shoulder. In an embarrassed state, Kaguya is frozen and can’t move. She requests that Ai guard the council door, and to let no one inside. After some time has passed, Ai re-enters the room to her disbelief that the president is still fast asleep on the vice president’s shoulder, while Kaguya had barely moved a muscle. Sometime later, Chika reveals a board game she created. Once again, this leaves Kaguya-chan believing that Chika is plotting to “steal” Shirogane away from her, and plots to exact her revenge by forcing a relationship between the pair… in-game.

The board game plays much like Monopoly with an in-game currency, mortgage, and other examples lifted directly from the role-playing party game, except Chika has implemented relationships into the rules. A couple may get married, have a family, get divorced, pay alimony, and even child support. After many failed attempts, and even accidentally forging a relationship between Chika and Shirogane, Kaguya’s luck had run out. This was until Chika had drawn the divorce card, leaving Shirogane to pay for child support. This was Kaguya’s defining moment to finally “marry” the man of her dreams. Kaguya draws the marriage card, and gleefully rejoices in the prospect of connecting with Shirogane. This was put to a screeching halt, as it was explained that she wasn’t marrying Shirogane, but instead marrying Chika.

Brilliant. Absolutely fantastic. If the first season was anything to go by, I was assured to have a blast viewing the season premiere of “Love is War?”. It was incredible to see the effort that was implemented into its second season, that goes above an beyond what they had accomplished in the first. By displaying an incredible amount of detail in design, and smooth animation (in which I found to be unbelievable, considering A-1 Pictures reputation), there was a sense of pride the emoted through the initial episode of series two. With “Love is War’s” immense popularity, there was assurance and an incredible amount of respect displayed through the sheer quality in characterisation, animation, writing, and narrative that was delivered. Bringing these characters to life in a way that is almost thought of as cheap and tacky, came off quite charming for those who truly appreciate the ecchi/romance-comedy genre.

Its whimsical, and wacky elements a comparable to Tadataka Kawasaki’s Chio’s School Road. The juxtaposition of many scenarios that quickly jump from plot-point to plot-point make for some jarring moments that are comically effective. Much of “Love is War’s” humor, relies on breaking the fourth wall. Kaguya’s inner-dialogue tends to argue with the show’s narrator, akin to a mix of “Chio” and Mob Pyscho 100. Kaguya’s discourse sets herself a clear path for destruction, but is subtlety downplayed by the narrator proving her wrong, and correcting her misplaced facts on multiple occasions. The dynamic between our main characters, make up an incredible personality puzzle with Kaguya’s eccentricity, Shirogane’s stoical nature, Chika’s simple-minded disposition, and Ai’s rigid nature. While this may scratch the surface of what’s to come this season, I can certainly say that “Love is War’s” adaptation rings true to the quality that is delivered from the source material.

Kaguya-Sama: Love is War? – A-1 Pictures 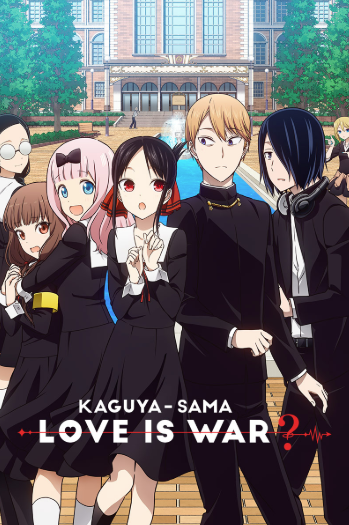 From a good family? Check! A good personality? Check! Shuchiin Academy is where all these elite students with bright futures flock to. As the two leaders of the student council, Kaguya Shinomiya and Miyuki Shirogane have supposedly fallen in love… But after almost half a year, nothing has happened!? They both have too much pride and can’t be honest. Things have gotten troublesome, and they are now caught in a war of “How to get the other to confess their love first.” 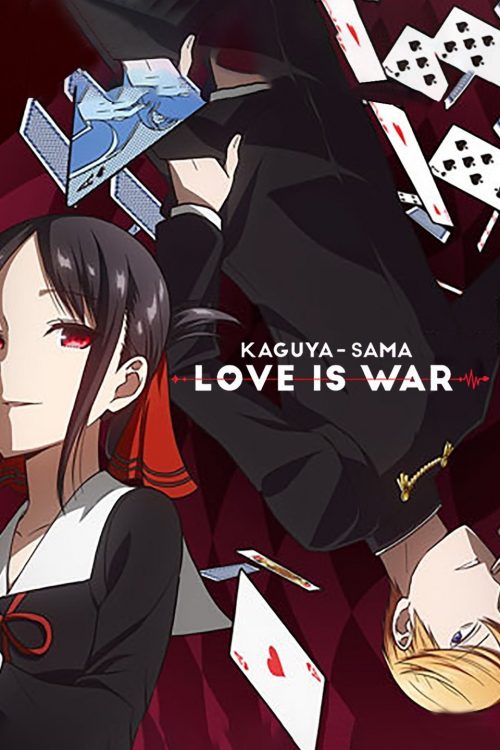 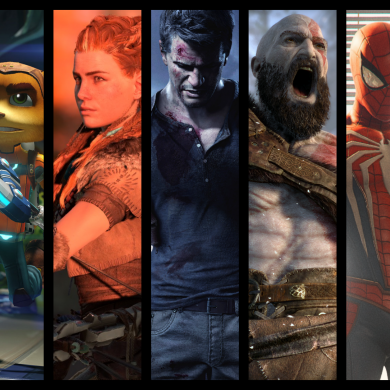