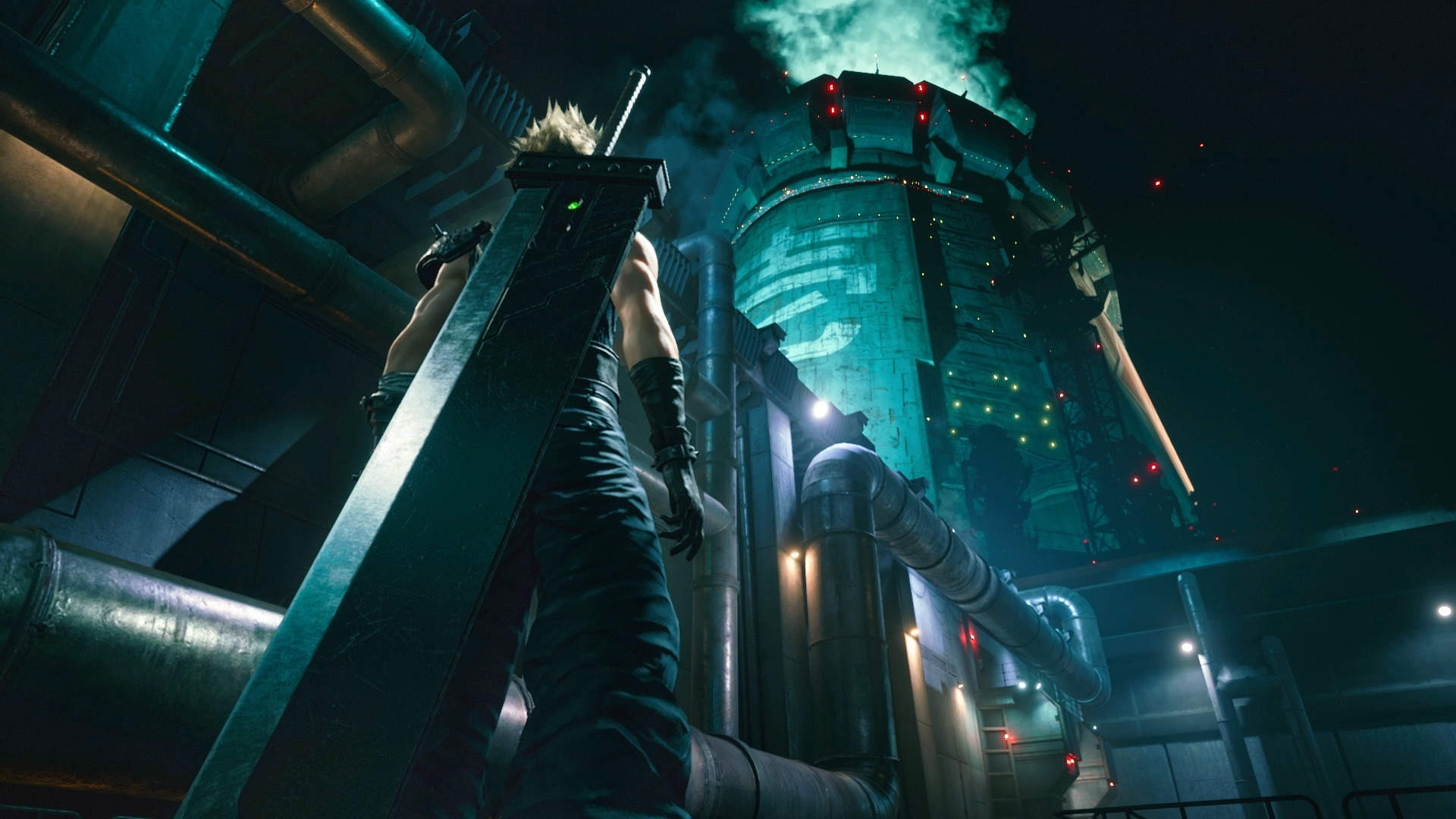 Is Final Fantasy VII Remake, about to deviate further from the script?

Are we looking at a multiverse expansion for the series?

It sure is interesting times right now for Japanese development studio Square Enix, and the resurgence of their illustrious seventh chapter in the Final Fantasy franchise. Making a heralded return in 2020, the title saw an adaptation of its narrative that was complex, but confounding to many. The hardcore devout were elated to revisit such a historic JRPG, reinvigorated. Of course, the title has its detractors due to portions of its story not completely matching its source material. The omission of Yuffie, whom seemingly was replaced by Jessie Rasberry. The young, brash, hearted-eyed, ambitious mechanic played a minor role within the original lore, but had been identified by fans as a shopkeeper in Kingdom Hearts II.

It’s unknown why Jessie was pushed to the forefront and casted as a major supporting character in the remake, but many have speculated that “FF 7 Remake” are pushing some canonical boundaries and are in fact creating an alternate timeline to bring together this ongoing divergence. Of course, step one would be the reveal of Yuffie’s respective saga that is planned for release alongside Intergrade, this June. Another clue being the subtitle itself; Intergrade – “pass into another form by a series of intervening forms”. This perhaps would suggest the aforementioned result. The third and quite possibly most profound clue is Sephiroth’s untimely appearance within Remake’s timeline.

It’s fairly known that Sephiroth makes his first appearance in the original timeline post Midgar. While hinted, his presence in Remake emphatically shifts the entire premise of the title, as Avalanche focus on taking down the one-winged angel. The solidarity shown between both Cloud and Avalanche are heightened with astute accord in keeping members – most notably, his childhood friend Tifa – safe. Another difference would be Avalanche’s multiple branches across each sector of Midgar. The original eight of the Insurgence are indeed all present, but its prominence has expanded to new levels, including spies that have infiltrated the Mako manufacturing conglomerate, Shinra. There’s also the issue of the title’s opening sequence, where Shinra themselves sacrificed one of their own Mako generators to frame Avalanche, and incite war on the falsely proclaimed “eco-terrorist” group.

Yuffie's story is the missing piece of the puzzle that may bridge players towards the next chapter of this story, but the saga itself may be long from over.

While major portions of the story stay intact, derivative events lay grounds for some interesting impact that may shock fans playing the title for the first time; and with Remake available to all PlayStation Plus subscribers next month, its fandom is sure to explode. Twists and turns are injected for further narrative progression within the adventure, including a hidden underground laboratory. – if you have made it this far into the article and want to avoid a MAJOR SPOILER AHEAD, I would stop reading now – The bewildering return of Zack Fair, heavily suggests that we’re not in Final Fantasy VII’s original timeline. Then again it was considered a call back, however this may be the biggest indicator towards an existing multiverse, with a parallel event unfolding in real-time.

The sequence in question, see’s Zack carry an incapacitated Cloud, through the stormy outskirts of Midgar, all while a hazy, distorted apparition of both Cloud and Aerith walk by the soldier, in what could only be perceived as an alternate timeline. Another hint while re-examining the cutscene shows a potato chip packet with the all familiar pup mascot, but the pooch’s primary uniform and breed has drastically changed from the helmet wearing beagle, to the general-ranked cap wearing terrier. Whether this is another key to Final Fantasy VII Remake’s complicated existence, lies only within the direct sequel. There’s so much to pick apart, dissect and compare to the 1997 Classic, but difference are striking and if anything the fundamentals changed are not only steering us towards a complete re-imagining, but a revisiting from a skewed perspective.

This is not only a testament to the grandeur of Final Fantasy VII’s legacy, but how broad in scale its universe truly is. I would never have imagined series creator Tetsuya Nomura, returning to disassemble this sacred entry within the long-running Japanese Role-Playing game, to Picasso pieces while changing the overall dynamic of its entire universe, almost in a “Persona 5 Royal” like attraction. Intergrade teases a definitive experience for fans that adore this recreation, but I believe we’re about to see more out of this re-release. Not to take away anything from Yuffie’s return, but the title’s mainline campaign may very well entail additions that could be a major factor for this series’ continuity. Of course, I could be overzealous in my embellishment, and quite ambitious with hope that developers are cluing us in; but I digress.

Yuffie’s story is the missing piece of the puzzle that may bridge players towards the next chapter of this story, but the saga itself may be long from over. If the implied direction of this tale continues to unfold as numerous realities opposing real-time events that transpire throughout our campaign, we may have one of Final Fantasy’s biggest plot twists in years. A thoroughly crafted, bottomless pit of hermetic detail. Stripping FF7 of its chronology, to ultimately decipher a surrogate happenstance. Amalgamating and intercepting fate for one intense finale could very well shake the foundation laid over two decades ago. The thought of bringing together every chapter ever created in Final Fantasy VII, including the original game, its theatrical spin-off, Crisis Core and the beginning events of Remake are bountiful. It could happen, and could complicate FFVII’s rich history with a polarising climax. Damn, I’m so excited.

Final Fantasy VII Remake is available on PlayStation 4, and free for PlayStation Plus Subscribers in the month of March.

Existing Owners who purchased the title, can upgrade to Final Fantasy VII Remake Intergrade for PlayStation 5, when it releases on June 10, 2021.

Check out our full review by clicking here.

Final Fantasy VII Remake is a 2020 action role-playing game developed and published by Square Enix. It is the first in a planned series of games remaking the 1997 PlayStation game Final Fantasy VII. Set in the dystopian cyberpunk metropolis of Midgar, players control mercenary Cloud Strife. 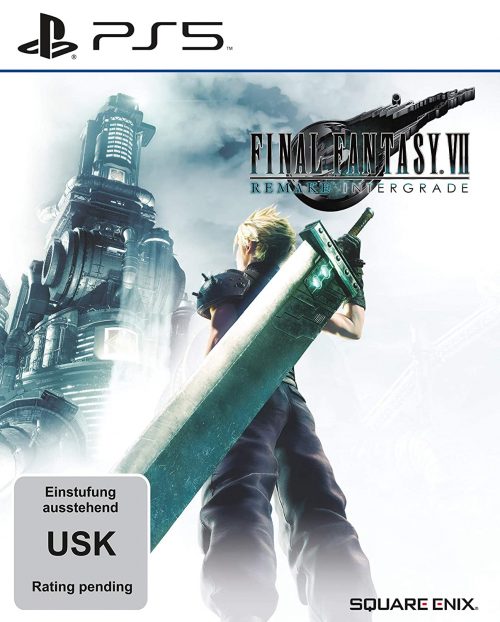