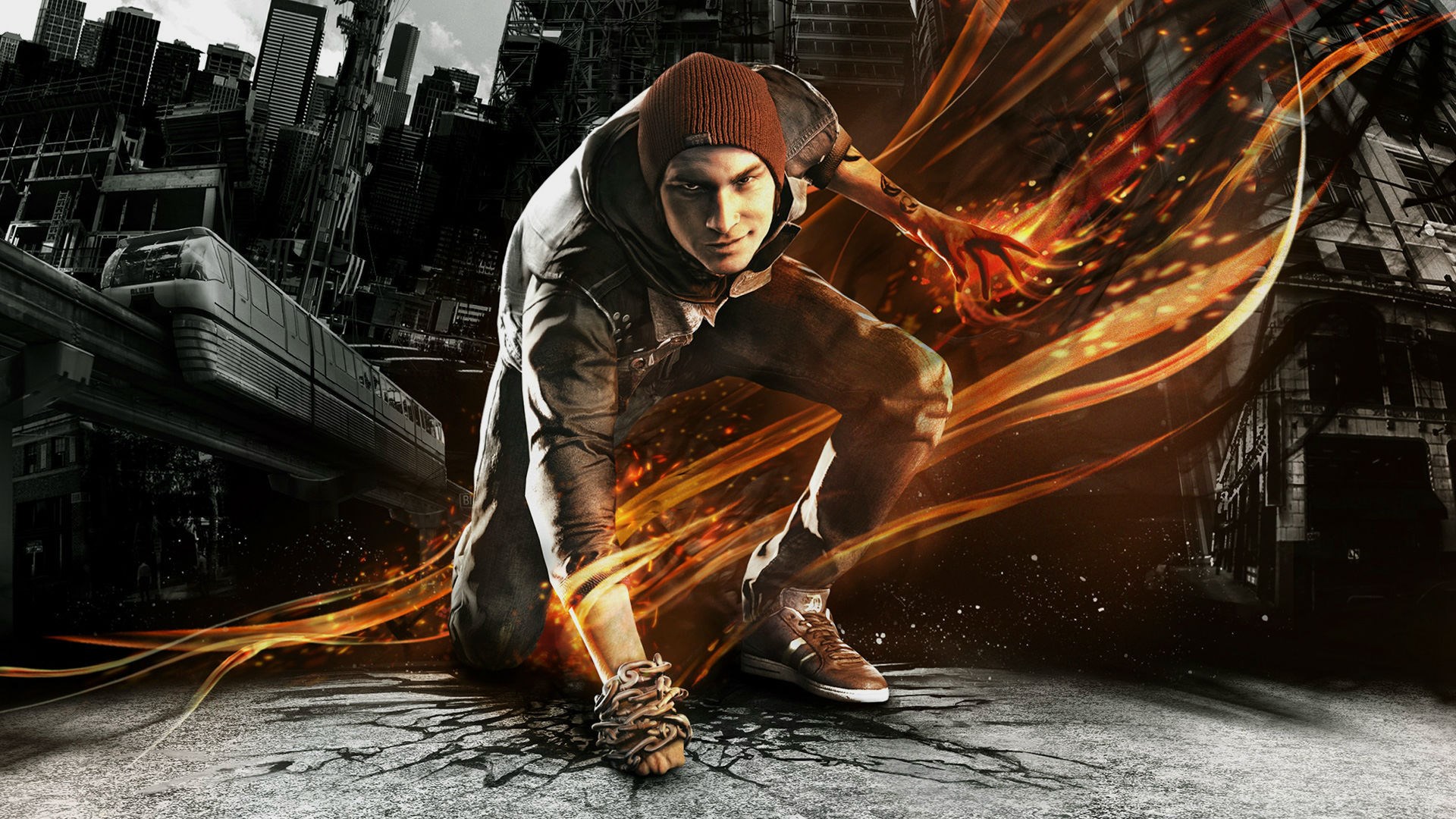 InFamous: Second Son shows us why Sony’s Playstation 4 is the number one console on the market today. Some may disagree with that statement, but figures show that as of writing this review, it’s the truth. The inFamous franchise has always been seen as somewhat of a second fiddle to the critically acclaimed Uncharted franchise by long-time Sony exclusive developers, Naughty Dog. But with the release of inFamous: Second Son, that’s now proven to be all passe’. Developers at Sucker Punch have now stepped up to the plate and proven that they are now ready to be top-dog in the Playstation Universe, and inFamous: Second Son is certainly the jump start the game studio needed to get them ahead of the rest. But even with our initial praise, was the game’s plot all that great? Did Delsin leave an impact that would make us forget the heroics of our electrifying hero? or did his smarky attitude leave us hoping for Cole’s survival?

As inFamous fans, we all know it’s all about the power game. You can’t just walk in thinking that it’s all going to be handed to you on a silver platter, and in a matter of moments you have the ability to blow everything up at your own free will. Playing as Delsin, you will find that alot of your powers will emulate much of what you had in the previous inFamous titles. You get the standard shoot, hover, and grenade powers, but will see that some new powers have now come into play, whilst leaving a couple behind that make total sense. Second Son brings in wall running which replaces much of power line surfing from it’s Playstation 3 counterparts, and short dashes with the simple press of the ‘circle’ button make melee attacks pretty practical, and awesome. Of course with the different powers Delsin collects, each individual type of melee attack will have it’s own unique twist with it. The powers Delsin sponges off other conduit’s, or Bio-Terrorists (however you see fit to name them) throughout the game make’s Delsin an irresistible force  to control.

With each of the power’s unique twist on every melee attack Delsin has in his arsenal, you’ll find yourself wanting to switch it up every once in a while. This is where it becomes a little hectic. It’s not as simple as a click of a button and Delsin changes from Smoke to Neon, you will have to find the nearest Neon sign or Smoke chimney to switch around each power. Losing and gaining energy is exactly as it was in the previous title. Low on health? Drain a Neon sign. Low on fuel? Drain a satellite Dish. Oh yeah, you can do that. And of course, what is an inFamous game without Karma? Your actions throughout the game will set you on a unique path to either becoming a hero or paving the way for becoming infamous. Each simple action in the game will either add good karma or bad karma to your karma gauge throughout the game, which is now represented by the two-colored eagle patch placed on the back of Delsin’s vest. And yes, like the previous titles, Delsin’s clothes do change according to his level or Karma. There are six levels of different karma again, three for good and bad karma’s respectively with each name only showing the level of decency or devilishness your Delsin will get up to.

Only thing is, you will find that it is near impossible to avoid accidentally attacking the innocent throughout the game at times, that is if you are running through a straight good karma run. If you’re going on an evil karma run, you will have no problem achieving the infamous rank. You will find that swarms of D.U.P’s will come in masses, and aren’t that easy to defeat. Even on the easiest difficulty, you will find yourself struggling to keep up with enormous swarms attacking you from every direction. Best advice? Run and wait. Just don’t move away too far from certain missions, as you may fail them if heading too far out of bounds. And as far as in-game controls go, if you’re expecting to jump directly from a fresh playthrough of inFamous 2 to Second Son feeling “prepared”, you’re in for a world of surprise. Forget everything you knew about the original inFamous controls as alot has changed, although once getting used to the new control system, you will find that the new layout is has improved and feels much more streamlined for better character handling. The game also makes use of the Dualshock 4’s new touchpad, which you will be using quite abit throughout the game. The speaker on the controller will spark off a couple times as well, giving you the occasional treat.

Second Son is nothing short of gorgeous. The design really does show off the difference between last generation and current/next generation consoles. The detail that the developer’s put into every little speck throughout the game is remarkable. From rain droplets hitting puddles in the street, to the Smoke particles from Delsin’s arsenal, the attention to detail put into Second Son is amazing. It had me even sitting there and wondering if Second Son was really within the same universe as the previous inFamous games, with character designs looking much more realistic compared to the  franchise’s predecessors. There was alot of discussion about how the Playstation 4 would support full high definition at 1080p and would run all games at 60fps (frames per second). The good news is that Second Son does run at at nice crisp image of 1080p. The bad? Well, the game runs at only 30fps. If you are really that nit-picky over frame rate though, you probably shouldn’t own competitor systems then.

At the end of the day the game runs marvelously smoother than anything you will experience on home consoles. But by all means, i’m not saying that the game is beyond perfect by any means. There are moments of frame lag that you will experience when hoards of enemies are attacking, and you may stumble upon the occasional glitch that hopefully Sucker Punch will iron out with a few software updates here and there. Either way, if you’re playing the game just take a moment, in-between missions and head up the tallest building near you and have a look at the Seattle skyline and bask in the awesomeness that is around you. It is truly amazing how far developers have come in gaming. One thing I noticed while playing though was how much the game reminded me of the first inFamous game, with less intent of cutting away from gameplay to show a cutscene, more rather meshing the main story with the on-going game with quick voice calls telling you your next mission. Not to say that there was nothing to be desired of the beautifully done, well acted out cutscene’s. The mocap technology gleamed through very well, with obvious enhancements to facial technology really showing the depth of emotion shining through the characters. And cut-aways are non existent when pertaining to cutscenes, it’s seamless and very well executed. Just awesome.

The mesh between the main story and it’s score is amazing. There’s much more of a “street life” vibe to the official soundtrack of the game, rather than the dark and mystique vibe it’s prequels set. It really does set the tone for much of the story, which is where the game kind of falls flat, but just a smidge. Whilst the story was amazingly written and directed by Nate Fox and outstandingly performed by none other than The Last of Us’ Troy Baker, it’s pay-off seemed to fall short of it’s predecessor’s in terms of emotional connection. There are moments where you believe that you will fully understand Delsin’s motives and moments where you will be completely confused by his attitude. Is Delsin supposed to be a serious Street thug? The class clown? Or the jock trying to help out that one nerdy kid who can’t get laid? We see multiple dimensions of Delsin’s character throughout the story, but none more than the emotional disconnection that he and brother, Reggie have.

I just can’t place my finger on it. One second they like each other, the next they at each other like cat and mouse. Sounds like brotherly love, but comes off completely estranged. It makes it hard for the player to be emotionally attached to any of the main characters throughout the story. Am I saying it’s a bad story, definitely not. It just does not match the emotional connection you had with Cole, Zeke and the rest of the previous inFamous cast. Admit it, you shed a tear when Cole died. No? It was just me then. Depending on how you play the game, whether it be mixing up the karma, or playing it on each karma respectively, you will have a decent run-time of 7.5 hours on the story mode. But trust me, you want to play the side missions, and boy-oh-boy are there alot of them.

InFamous: Second Son is an automatic essential for any Playstation 4 owner out there. If you haven’t played the previous entries, don’t fret. You have plenty of time to play catch up. Second Son is a great reboot to the already critically acclaimed franchise and already has a steady pathway to lead it’s core character, Delsin on. That is of course, if the studio decide to keep Delsin, as it’s protagonist or decide to jump to it’s alternative timeline and bring back a devious Beast in Cole MacGrath. Who knows? All we know is that from Gameplay to Graphics, inFamous: Second Son is simply outstanding. The only thing for the series to improve on would be a little better writing for it’s next entry, and Sucker Punch are more than capable.

Infamous Second Son is a 2014 action-adventure video game developed by Sucker Punch Productions and published by Sony Computer Entertainment for PlayStation 4. It is the third installment in the Infamous series. 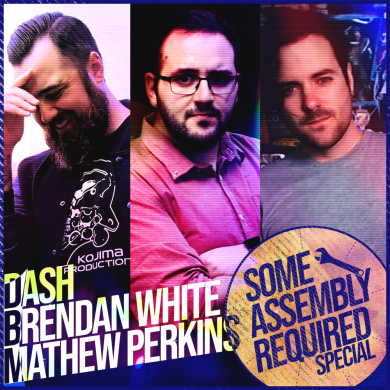