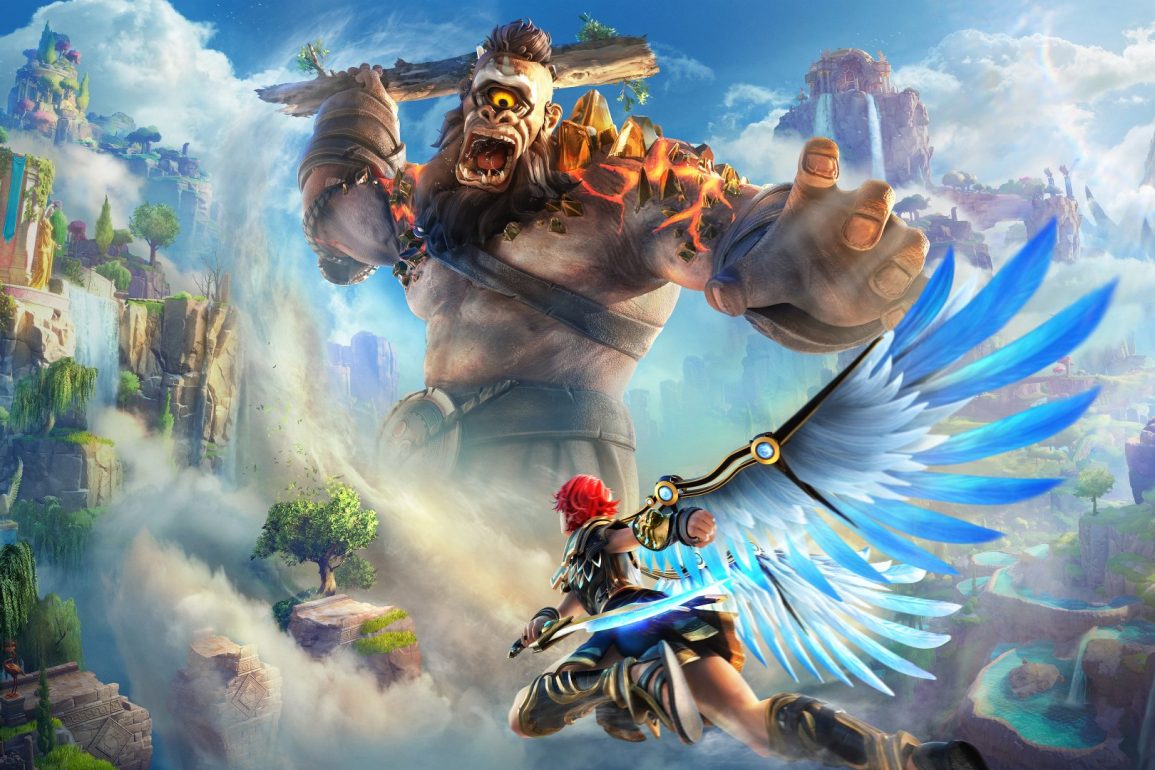 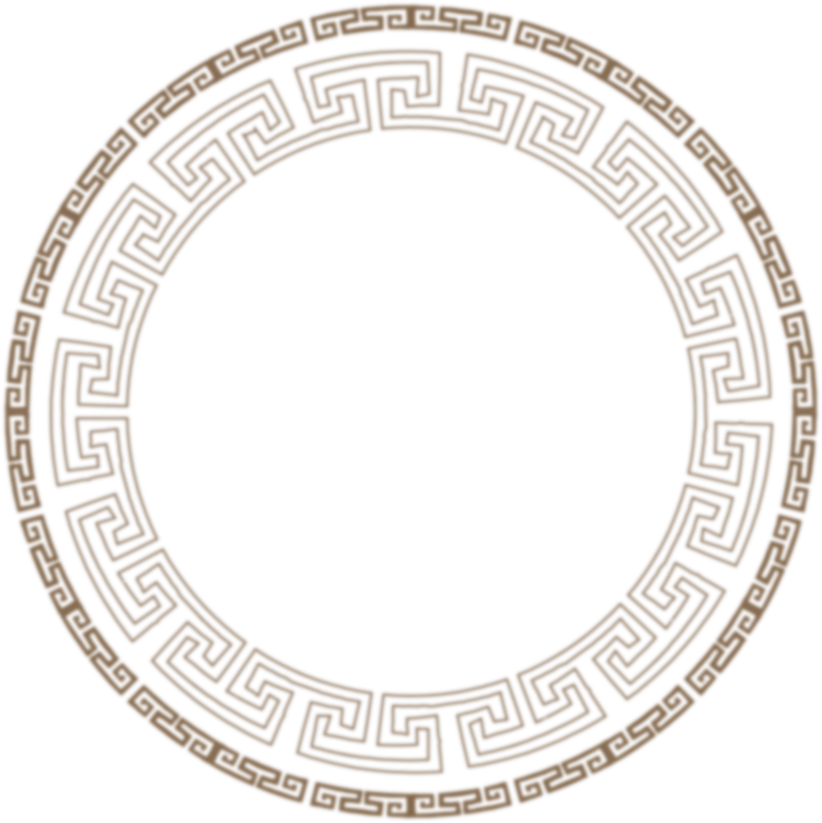 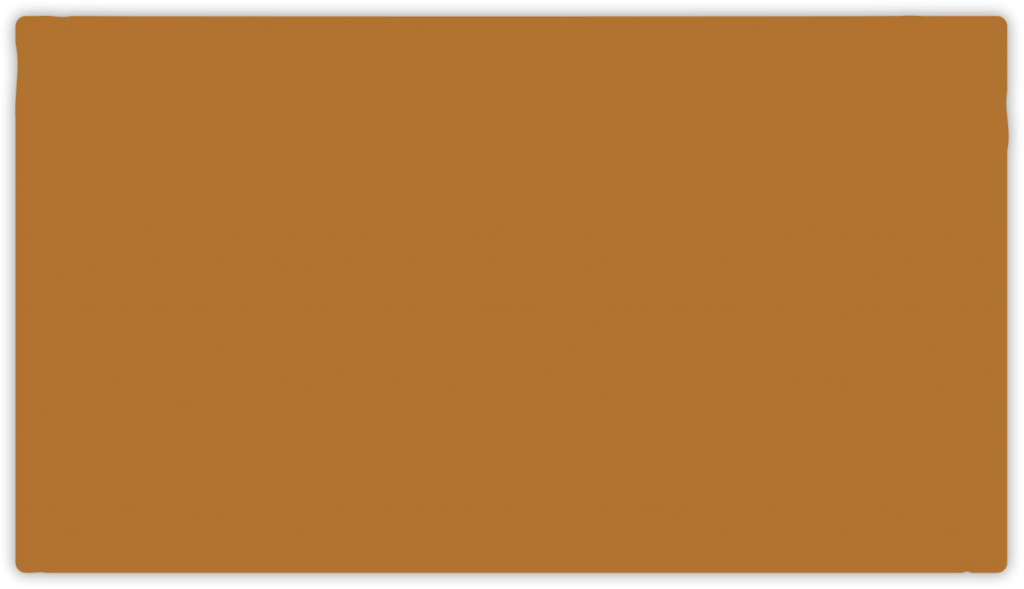 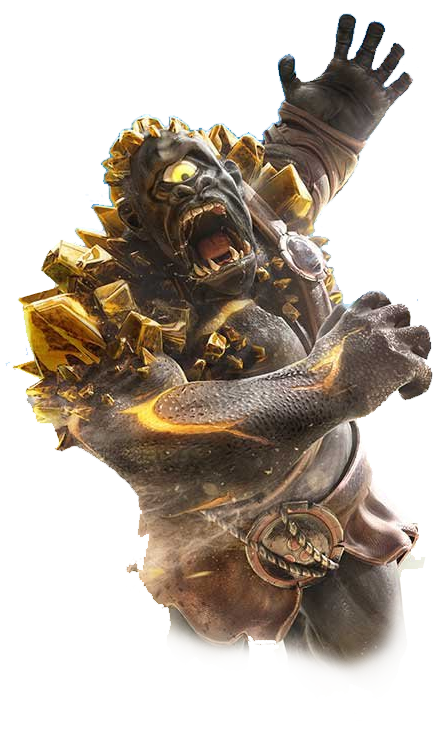 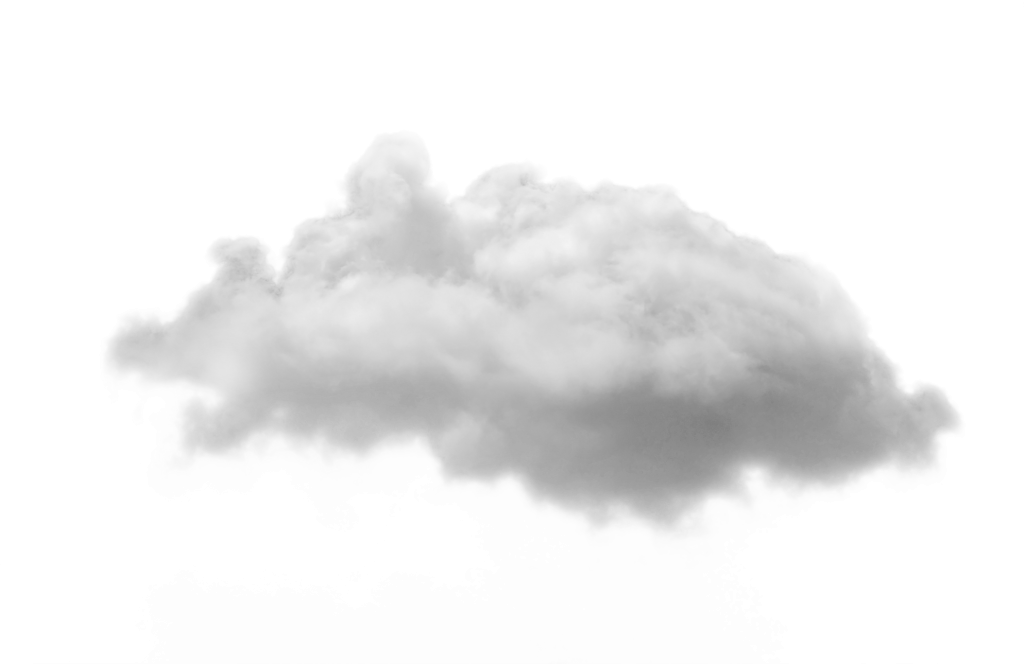 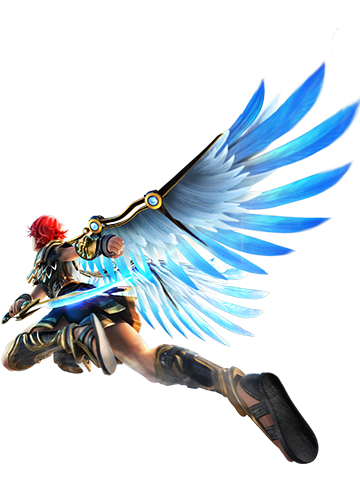 ✔️Mythological folklore with an epic twist.
✔️Hilarious. Narrated by two grumpy old Gods that best eachother in twisting the narrative in their favour.
✔️One of the best action-adventure games of 2020. Fascinating, exciting, enthralling and captivating.

✔️Mythological folklore with an epic twist.
✔️Hilarious. Narrated by two grumpy old Gods that best eachother in twisting the narrative in their favour.
✔️One of the best action-adventure games of 2020. Fascinating, exciting, enthralling and captivating.

❌Quality Mode needs some polish, but switching to Performance Mode will fix this problem with ease.

❌Quality Mode needs some polish, but switching to Performance Mode will fix this problem with ease.

Immortals Fenyx Rising caught me completely off guard. I was expecting something of complete solemnity. A sincere folklore tale of Greek Mythology, an earnest story of great gravity. Not to take away from it, it still is but with a slightly unexpected tone. This incredible action-adventure from Ubisoft takes facets of established icons such as the studio’s own Assassin’s Creed and draws heavy inspiration from the likes of The Legend of Zelda: Breath of the Wild. I feel as we’ve entered an entirely new generation, there are a plethora of titles that have been allured by Hidemaro Fujibayashi and Eiji Aonuma’s visionary development cycle. It wasn’t that long ago we reviewed Genshin Impact and immediately noticed how similar the two worlds were. Again, Immortals carries these traits, with utmost respect.

The different there-in lies a comical narration with steady progression that makes for immaculate pacing without overwhelming a variety of audiences. The great thing about Fenyx Rising, is that it’s for everyone. It takes deep cuts at its own report with an account that is convoluted, but only by its two headstrong dictators. Its quite an impressive feat from the French-Canadian studio to establish what is an entirely new property that could essentially lead to an original franchise. It’s been a while since Ubisoft have tried their hand at developing a premise that deviates from the brand’s identity and Fenyx Rising boldly demonstrates the creative wisdom the studio wields. With an unlikely twist on an epic escapade, Immortals Fenyx Rising has proven itself as an essential, whether it be on last gen or next gen consoles.

Assassin's Creed: Breath of the Wild...

Booting Immortals and being met with a bountiful selection of options that allow for perfect gameplay, I was ready to take in all the raw power my PlayStation 5 was capable of delivering; or so I thought. The title is in need of some polish in terms of performance under Quality mode, where there are certainly some fidelity enhancements made over the title’s Performance mode. Unfortunately, it does run a little rough under these conditions at the time of writing this review, but I found no issues in playing the game at a smooth 60 frames per second when I switched it back to its intended output. The silky framerate outnumbers Quality mode in a number of areas that it would be hard to turn back and want to continue playing through the campaign at an unstable 30 frames per second, that in turn sacrifices some texture maps.

With Immortals’ array of fascinating gameplay and hilarious delivery, I was content with its “Dreamsworks” like overlay that goes part in parcel with the game’s unorthodox proposal. Setting forth on adventure as Fenyx, an ancient Greek soldier of the Golden Isle, they are tasked with their mission of saving the entire Mythological bloodline after the almighty Zeus had banished all Greek Gods to Tartarus, the deep abyss of torment; a life sentence of slavery for Titans that rebel against their leader. Narration is lead by Prometheus, Titan God of Fire. He does his best in retelling his recount of events that lead to Fenyx’s adventure, but is bereded by his the almighty arrogant Zeus. Yes this is a comedy adventure, and Zeus does his part as comical effect to perfection. The constant bickering between Prometheus and his monotonous recap has Zeus bored to tears.

So the God of Thunder, and King of all Titans begins to twist and turn the plot in every direction that could possibly lead to more turmoil for Fenyx and their story. The comradery between the two grumpy old Gods is certainly a palette cleanser from what I expected to be a straightforward narrative with tropes that had been recycled from Ubisoft’s prior properties. Instead, it’s a tale of redemption, triumph that’s laden with metonymy that personifies a true heroes tale. On the other side of that coin, there is betrayal and damnation that tries to justify an ends to its respective means, but ultimately counts on the player in overthrowing these nefarious deeds of its once praised lord. It really is as exciting as it sounds. As weird as it sounds, it’s hilarious hearing Prometheus construct heavy lore between the two babbling buffoons, almost as if it were stroking their ego.

If there was anything I could absolutely praise the title for was its parity for our protagonist. Able to choose your gender, the dialogue from our Narrator’s to Non-Playable characters change entirely to suit its forward thinking. I personally played as our cover hero, also known as the “Default Selection”, as I had become familiar with her fiery red locks, and strong resolve. There’s no doubt that Fenyx shares a resemblance to Nintendo’s own Mythological legend, Pit of Kid Icarus. A Greek soldier that carries a ranged weapon, both utilise their aileron appendage to whimsically traverse across their respective plains. As a Kid Icarus fan, I grinned a subtle callbacks to the franchise made here that were obviously noted for showing great respect to the legendary Nintendo developers that have paved the way for generations after.

Of Zeus and Prometheus...

Regardless of inspiration, Immortals Fenyx Rising is an incredible action title in its own right. Portraying our protagonist Fenyx is an absolute joy. Her abilities are by-in-large some of the most adaptable and accesible in gaming, beginning with traversal platforming basics that any gamer will acquaint themselves with, quite easily. I had no issues initiating the adventure, as the territory itself with familiar aspects that bought themselves to the forefront instantaneously. The very first task set out within the campaign, is to climb up the cliffside of a sandy shore our hero had seemed to have washed upon. Once again, likening our hero’s will to Link from Breath of the Wild, a Stamina gauge meters our hero’s strength which depletes with every rocky rung clasped. Simple acts such as walking and jumping don’t affect your resilience, however sprinting and using your wings will activate your stamina gauge, with its life bar diminishing at a rapid rate.

On concourse through Immortals’ vibrant open world, there are seven respective districts given their own theme with each area representing a Titan God that Zeus has imprisoned. Phosphor, a bird that acts as your helpful sidekick informs Fenyx of her oncoming encounters, and directs the fearless heroine through her countless trials that are laid before her by the deviant deity. Upon unlocking the wings of Daedalus, traveling the skies of this epic sandbox allows some freedom for Fenyx to glide right into action against a flurry of foes that are familiarly populated in hordes, but are scattered across landmarks. Historic monuments of Greek Mythology act as base camps, and puzzles for Fenyx to solve. Each of these areas entail a plethora of portals that take them to the various Vaults of Tataros. Each vault trains Fenyx with a new ability that carries her into the next chapter of her adventure. While the title boasts a lofty open world full of adventure, its campaign is strictly linear in progression and these vaults act as narrative checkpoints.

Massive monsters, and overgrown mammoths show their abrasive resolve for crushing humanoids, as Fenyx does her best to avoid defeat. Slaying these beasts are so gratifying after a long, arduous battle that can go either way. Sometimes they’re quite easy, but most of the time its quite the entertaining challenge that provides some of the best in-game sequences. Cinematics elevate the intensity drawn from these epic plotpoints, and are furthered by our hero’s ongoing repertoire. Fenyx and her intoxicating character helps heighten every engagement, whether it be between ally or enemy. Her charm comes from her character as we witness a the birth of a legend in their own right. An incredibly inspirational tale that will have gamers addicted with astounding elements of gameplay and presentation that are accompanied by a range of vocals attached.

Immortals Fenyx Rising is one of my persona; favourites heading into the new generation, and waving goodbye to the last. While it may deliver copious enclaves of rip-roarious comedy, its heart shines through some of its sentimental moments. Sure, a tear-jerker that breaks the bravura of banal moments, but its delivery in doing so sets the pace, an most importantly the tone for the title. An unlikely tale told of an adventurer who set forth in defying her God, in hopes of turning the tide for the greater good. For Mythology’s legacy to be cemented, and for an impending doom to be put to rest, Immortals Fenyx Rising outperforms and outclasses many action-adventure titles released this year. With that said, Immortals Fenyx Rising is an essential for all gamers, especially those whom have brandished themselves with brand new hardware. A Game of the Year contender.

Immortals is an action-adventure video game played from a third-person perspective. At the beginning of the game, players can customise the gender, the voice and the appearances of Fenyx using Aphrodite’s Beauty Chair.

Story
9
Gameplay
9
Presentation
10
Sound
10
9.5
Supplied by the publisher, for our review. 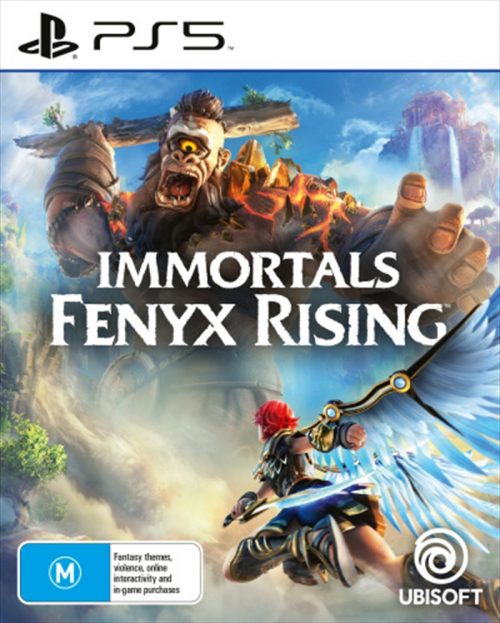