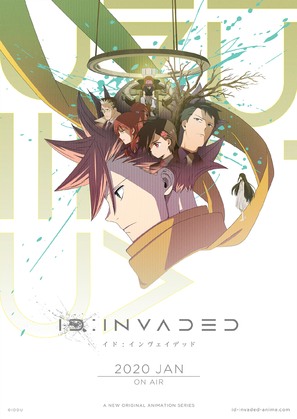 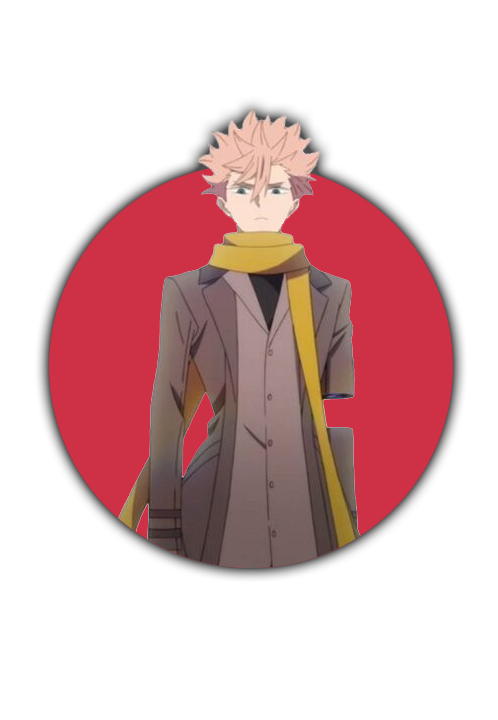 ID: Invaded has had a rocky history in its pre-production cycle. Series creator Ei Aoki (Fate/Zero, Girls Bravo) initiated its concept back in 2012, with the idea of it being an original Anime series with no manga adaptation prior to its animated premiere; a rare instance that only occurs for Anime of high quality and calibre. Pairing with industry renowned producer Yasuo Suda (Orange, My First Girlfriend is GAL), they aspired to create a contemporary action-thriller starring a stoic, stone-faced protagonist that uses his quick intellect to decipher and investigate homicide cases. While its premise evolved throughout the years, the series was in "pre-production hell" for almost a decade while both Aoki and Suda both went on to work on their own respective projects, including Suda founding Japanese animation studio NAZ, which would then be in charge of animation of ID: Invaded.

Aoki also founded Troyca, in which the director would go on to create Aldnoah.Zero, his most acclaimed project to date. However, ID: Invaded was revisited by both Aoki and Suda, and its premise completely revamped from the original idea. Its continued struggle to launch the show was plagued by a smaller production team than hoped with only three animators assigned to the show. The industry minimum for an anime series has at least 13 animators behind a project, so the Seinen was shopped to Manga outlets with Young Ace Magazine picking up to project after Aoki assigned Ōtarō Maijō, as lead writer for the mangaka and head screenwriter for the animation. The plan was to get ID: Invaded's premise out to the public in hopes of campaigning the upcoming anime which would then premiere January 5, 2020. After a long, tumultuous pre-production cycle, ID: Invaded had finally aired and managed to complete its industry standard 13 episode run, just shy of the COVID-19 pandemic.

Each episode is designated into “FILES” with the first acquainting us with series protagonist Sakaido, a detective with no recollection of his existence within the world known as the ID Well. The brilliant detective is no ordinary person, rather a persona adapted in what would assumed be a Matrix-like construct, controlled by humanity. Known for his brilliant deductive skills, Sakaido’s existence is primarily adopted from co-protagonist Akihito Narihisago, a former homicide detective detained by police after avenging the death of his daughter. While kept in confinement, the former detective ambitiously pleads to continue his duty, but his psychological status was deemed unfit for release. The prisoner was offered another solution in the Mizuhanome System; a machine created to decipher and solve homicide crimes. It amalgamates an entire universe based on cognition particles that are gathered by a device known as the Wakumusubi – a lot like the PKE Meter in Ghostbusters.

Upon reconstructing the supposed crime scene, each area is morphed into pieces rather than a complete surrounding. Each ID Well supposedly conjures pieces like puzzles gluing fragments of its existence together, including the embodiments of its habitants. Awakening in an ID Well, Akihito’s avatar does not have a semblance of his prior existence, nor does he recall his name, nor why he is in this mysterious realm. Shocked to see his body digitally dismembered, he screams in panic although not feeling any pain. Collecting his body parts scattered through the void, he begins to explore the disassembled house, understanding that each door acts as a portal leading to its next area. Entering the upstairs area, the detective finds a corpse laying on the floor and immediately identifies her as Kaeru. In that instance, his memories come flooding back and is reminded of his name and duty. He is Sakaido, the great detective; a figment of Narihisago’s subconscious, manifested from his past self. It is now up to Sakaido to solve the case of Kaeru’s murder.

The complexity of each ID Well transposes detail of reality, but doesn’t display the full picture. There are ways around attaining the information needed, but may also lead our detective to a dead end. Crucial evidence that may be omitted in some wells may ultimately stump the intelligent enforcer, however Sakaido has proven the theory of each well to be complete despite its happenstance. The methodical investigator’s composed demeanour helps analyse his surroundings with vigorous regard. With each well manufactured from importance, there is nothing within the walls of each reality created in this digitised world that is not a clue. The Kura, an independent government agency oversee Sakaido/Akihito’s investigations through the Mizuhanome System, with the investigator’s former partner Funetaro Momoki, acting as the group’s Director. His empathetic stance towards Akohito’s situation places the former detective in a personal dilemma. With knowledge of Akihito’s brilliance, he assigns his former partner as head pilot to the Mizuhanome, with the pair continuing open cases that remain unsolved. 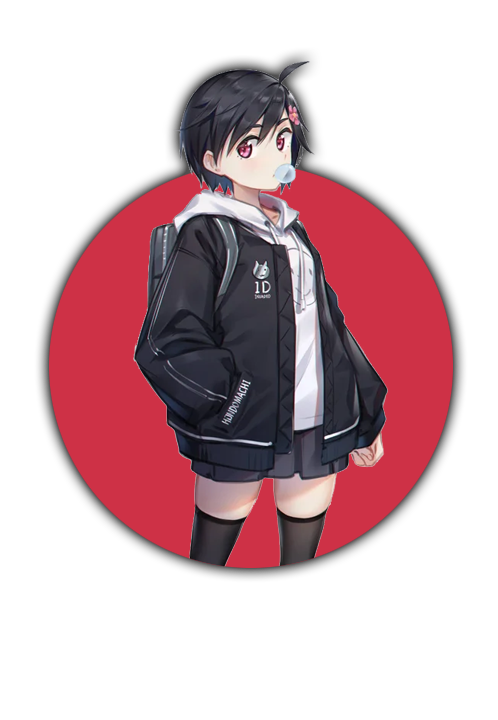 I was sceptical diving into ID: Invaded. After reading into its production history, and trying to understand some of its convoluted plot, I had some concerns. Was its narrative conjured to be somewhat of a traditionally rushed story? Not really. To my surprise, ID: Invaded has penned a premise that may polarise its intended audience. Melding together the traditional investigative genre and ditching the customary, long winded prologue while throwing viewers right into the deep end may have been the only way to encroach, or lure its fanbase. There’s no doubt that the “ID” property imposes a confounding dominance over the regular or casual anime fan. If anything, the series demands your attention. Not only will the characters themselves decipher the story, but the viewer will live vicariously through our brilliant detective, and his partners. Sakaido’s detached character can come off apathetic, but that’s all connected to Akihito’s current mindset. The former homicide detective struggles with his mental stability everyday, but his brilliance in deducing crime scenes still usurps prominent officers in command, or on duty.

The message translated here is justice can be warped, no matter how you look at it. Avenging a death with murder is wrong no matter what the situation. Exploitation can also be defined for wrongful profiteering, but to utilise a highly trained individual’s intellect for the greater good? That’s a mysterious twist I’ve always been astonished by. ID: Invaded tried its hand at something unique, while it could be compared to many “matrix-like” anime out there. There remains litany of existing alternate reality-investigative drama series, or even plain virtual reality in a series like Sword Art, but this does something unimaginable. It takes events formed in reality, translates it onto a plain canvas, and paints a picture-puzzle for people to solve. Upon completing a case and arresting the culprit through means of cognitive particles, only presents a perfect world scenario. Highly unlikely, but the thought of Cognitive Science having control over destiny is an idea I absolutely love.

With that being said, there are some pacing issues with the show where I found myself confused in events that were transpiring. There are moments that suddenly occur without explanation until two or three episodes following. Sure it’s a supposed “hook”, but it does nothing in enticing or luring a viewing audience in continuing. You will play detective and connect the dots, and the segregated storyline will eventually converge with the show’s ongoing saga, but does it really do anything to impact the series established premise? Possibly. But I found that ID: Invaded’s writing within the main storyline to be a solid fundamental. Regardless, It’s an excellent show and one any Seinen fan would absolutely binge. I describe it as a slow-boil, but once the series gets going, it delivers some outstanding material and memorable moments that will leave you questioning its creative direction. Many confronting situations and confounding imagery that will leave you gobsmacked. Character’s that connect on a personal level, leaving you in sudden disbelief within major sequences. Set pieces and scenarios that may impose a genuine look into the term “justice” and how civilisation capitalises or abuses law and power. Most certainly worth the watch.

Id:Invaded, styled as I⊃：INVΛ⊃≡⊃, is an original Japanese anime television series by NAZ that is directed by Ei Aoki and written by Ōtarō Maijō. The series premiered from January 5 to March 22, 2020. A manga sequel by Yūki Kodama began on October 4, 2019. 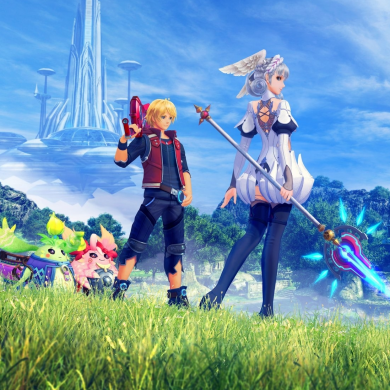