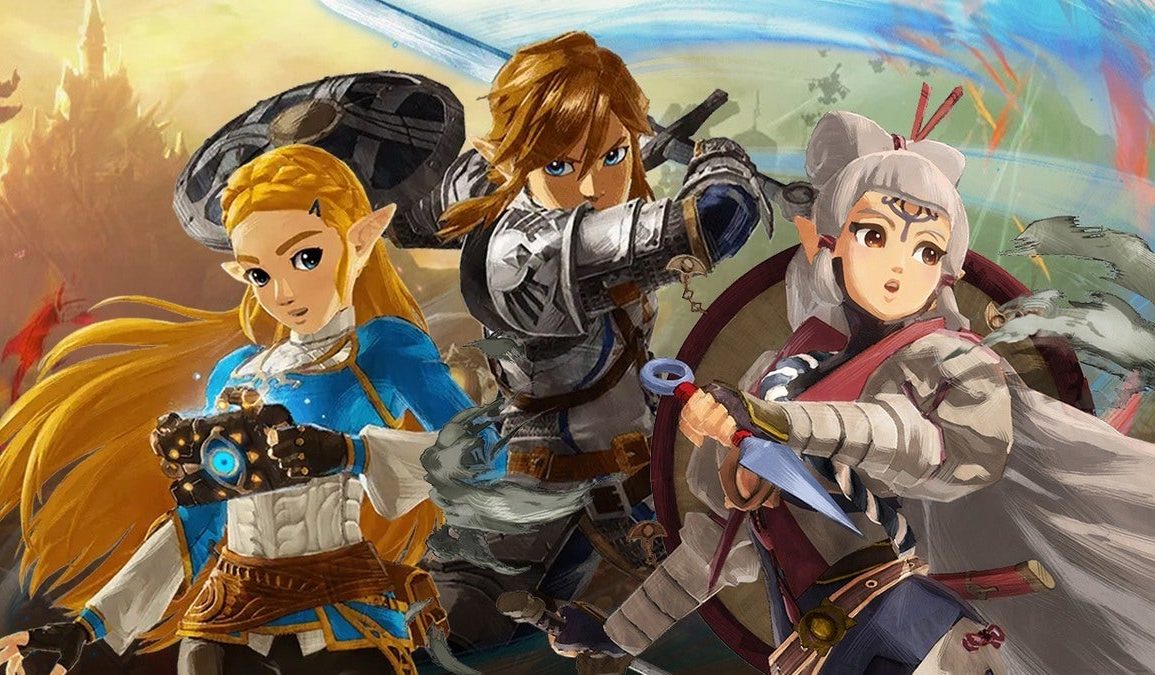 ✔️An intense narrative that prefaces events told within Breath of the Wild.
✔️Astounding hack and slash gameplay, heightens the anticipation for the imminent mainline sequel.
✔️Aesthetically gorgeous, just as its source material intended.

Precursor of the Wild...

While fans of the Breath of the Wild saga wildly anticipate its sequel to Nintendo’s latest mainline entry into its esteemed Legend of Zelda franchise, Nintendo and Koei Tecmo have been at work developing a canonical prequel to the 2017 smash hit. Hyrule Warrior: Age of Calamity separates itself from the Warriors developer’s last Zelda adaptation, and follows Link’s courageous battle between the Knights of Hyrule and the menacing forces of the devious Calamity Ganon. The premise is confounded within Breath of the Wild’s foundation with highlights of previous events from over a century before the campaign’s happenings occur in flashback form. These moments are all revisited here in Age of Calamity, with Link leading the charge against Ganon and his dark army.

For those unacquainted with the Warriors series, it primarily demonstrates facets of heavy hack-and-slash gameplay, along with a myriad of JRPG attributes that have dominated the “Musou” category, as it is labelled in the East. While the Warriors franchise birthed the unique group of action titles, there have been a variety of games that have tried their hand at mastering said genre, but none have been able to attain similar acclaim that the Warriors’ titles have been able to garner. This speaks highly of Koei Tecmo’s reputation within the development scene, and their ability to take on the heavy handed task of amalgamating an on-going, popular property and create a successful adaptation. Nintendo are renowned traditionalists, and aren’t known for sharing their sacred symbols that helped build its legacy, so for Koei Tecmo to be considered it’s a testament to how highly respected they are.

While taking cue’s from its Warriors’ predecessor, Age of Calamity steers away from its titular prequel’s standalone Zelda narrative and lifts all assets and inspiration from The Legend of Zelda: Breath of the Wild. However, while it would be assumed that events occurring here are canonical, dialogue asserts notion that it adapts story beats that affect Breath of the Wild’s narrative, but are set in an alternate reality. So while events may transpire and shape the story that fans will be familiar with, this title is not entirely canonical with Breath of the Wild lore. It’s interesting to note that events that unfold within this title set the stage for an intended sequel, it still separates itself from the mainline Zelda titles. Almost as if Nintendo did entrust Koei Tecmo to handle this adaptation, but only meet them halfway. Regardless, I still consider this title a true prequel to Breath of the Wild, none-the-less.

Hyrule Warriors: Age of Calamity is an astounding prequel, and a worthy follow-up to The Legend of Zelda: Breath of the Wild.

Winding back the clock 100 Years, before the collapse of Hyrule and the untimely pardon of our Hero of the Wild, our story begins deep within the raging war of Great Calamity. Ganon has enforced his evil minions to overrule the land, and are tasked in taking down Princess Zelda’s father, the ruler of Hyrule, King Rhoam. Just as all hope seemed lost and our mighty warriors defeated, a guardian awakens from its slumber within the hallowed halls of Hyrule Castle, and is aghast by the surrounded terror that takes place. Generating a portal, the Guardian returns to events prior the Great Calamity. The Guardian approaches Link and warns to Hero of events that are about to occur. Unbeknownst to both Guardian and Link, a portion of Calamity Ganon’s powers had also travelled through the Time loop.

Informing the King and his daughter of events about to unfold, the team regroup with all four champions of their respective territory. King Rhoam tasks them to investigate the depths of the Korok Forest in hopes of discovering the Master Sword to fend off Ganon and his army. Upon their arrival to the forest, they are confronted by Astor, a dark prophet who commandeers the power of the Master Sword to revive the dark lord. Link bests the sorcerer forcing him to cease his ill-willed actions. Champion Purah discovers that an evil presence surrounds the group, and are forced to activate each outlook that are buried beneath them. The towers act as safe havens for the team for any impending attacks that may come from the Yiga clan. The Champions then inform King Rhoam that Ganon is indeed returning, and will attack on Zelda’s Birthday.

Hyrule’s leader advises his daughter that she must awaken her sealing magic while the looming return of the devious overlord is fast approaching. He sends her off for training while instructing district champions to activate their respective Divine Beasts and prepare for war. While the narrative itself does have some plot holes, that can be quite confusing, the tale that presides within this hack-and-slash button mash is heartfelt and lofty. Sure, equating this to its canonical prequel may be a bit presumptuous, but writing still demonstrates why Breath of the Wild is The Legend of Zelda’s magnum opus. The titillating scope of its entire escapade, along with its cast of lovable characters and its whimsical gameplay loop make for an engaging experience, overall. Sure, it may not be Breath of the Wild 2, but its pacing sets a precipice for its expeditious contingency.

So does a Musou sit comfortably within the Breath of the Wild universe? Well here’s where I think both Nintendo and Koei Tecmo have demonstrated a marvellous deviation from traditional 3D Zelda. It’s not like they haven’t done this before, as Hyrule Warriors from 2014 also exhibits similar tendencies, but is limited, almost handcuffed to original lore that disconnects the series from its bearings. The establishment of our presiding lore helps further the experience, and the title’s design by nature. Familiarity certainly heightens this encapsulating adventure, alluring fans of the Nintendo Switch title back to where it all began. I certainly had some moments where I was revisiting 2017 all over again, and it was incredible. From the onset, Age of Calamity’s pacing is set at top speed, and its a wild ride throughout the campaign, and one fans will appreciate.

There was never a dull moment throughout the title’s campaign, but I did have a feeling that in comparison to the 2014 iteration, that Age of Calamity was set to be quite shorter than its titular prequel. Throwing the player into the deep end within mere moments of initiating the adventure, you’re immediately introduced to the familiar aesthetics of Hyrule set within a pre-calamity age, but our Hero is adorned in Knight’s armour in hopes of defending the kingdom. An introductory tutorial will teach the player all the basics of close combat, ranged attacks, defending, crafting and its RPG like levelling and weapon upgrade system. The Sheikah Slate returns and plays a major part in guiding Link through a myriad of mystical puzzles.

Link also carries the King’s paraglider, which was gifted to him in Breath of the Wild. As you can see, I subtitled this section as “Breathe Easy…” due to players criticising Breath of the Wild’s weapon system. Well, you can certainly do as instructed; Weapons pose no vulnerabilities and will not deteriorate over time, a warm welcome for most players – including myself – no doubt. There are some subtle differences between Age of Calamity and Breath of the Wild’s map design. While most of its blueprint will seem somewhat familiar, there are key differences that standout here due to the title’s limitations and for progressive purposes. So how hard do enemies hit? Depends on the area you visit. I would say that title poses an elevating level of difficulty as you traverse further into the campaign where each encounter may demonstrate a ravenous side to foes.

If you do find yourself low on health, best to collect food and resources to cook up a healthy meal and replenish your depleting life bar. As each area are littered with enemies, you will find yourself simply bum-rushing right through these thoughtless hordes. There are moments where you might have to think strategically, but these happenings are rare and hardly develop any furthered diligence towards the campaign or its gameplay loop. However, controlling a Divine Beast is so much fun. Destroying massive waves of bodacious baddies that bear the brunt of each oversized mechanical mystic is mesmerising. Re-activating a Divine Beast in Breath of the Wild was only half the fun, wait ’til you steer the ship. Astonishing.

Now, there is one unfortunate detail that I cannot turn a blind eye to, and that is performance. If you are preparing to play this title in handheld, be sure to expect some framerate issues within bustling battles. I found each stifling skirmish to set some struggle within the title’s output. While it may be nothing game breaking, it’s noticeable and can be distracting. My advice is to play Age of Calamity in docked mode as I found its performance to be stable. Whether this has to do with the title’s intended resolution output at 1080p docked, and 720p handheld remains in question but is sure to have fans confused. Aesthetically speaking, Hyrule’s design hearkens to its intended association with design that screams Breath of the Wild, from its cell shaded models and pre-rendered cutscenes that extend the flow of its animations in-game, it will unequivocally leave fans floored yet again.

Hyrule Warriors: Age of Calamity is an astounding prequel, and a worthy follow-up to The Legend of Zelda: Breath of the Wild. It does an incredible job in borrowing facets from its source material and reconstructing it into this amazing hack and slash feature that re-invigorates the Warriors series’ from single entry to established franchise. The ebbs and flows that are addendum to Breath of the Wild’s narrative are boldly lifted with this unique take. While the Musou genre remains divided outside its developer’s homeland, it still gives players an anticipated follow-up to one of the biggest sequels of a generation. While we all impatiently await Link and Zelda’s return in Breath of the Wild 2, Hyrule Warriors: Age of Calamity is sure to leave Zelda fans salivating.

Hyrule Warriors: Age of Calamity is a hack and slash video game developed by Omega Force, and published by Koei Tecmo in Japan and Nintendo internationally for the Nintendo Switch. It was released worldwide on November 20, 2020.

Story
10
Gameplay
8
Presentation
8
Sound
9
9
Supplied by the publisher, for our review. 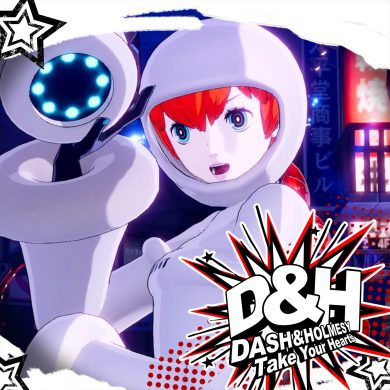