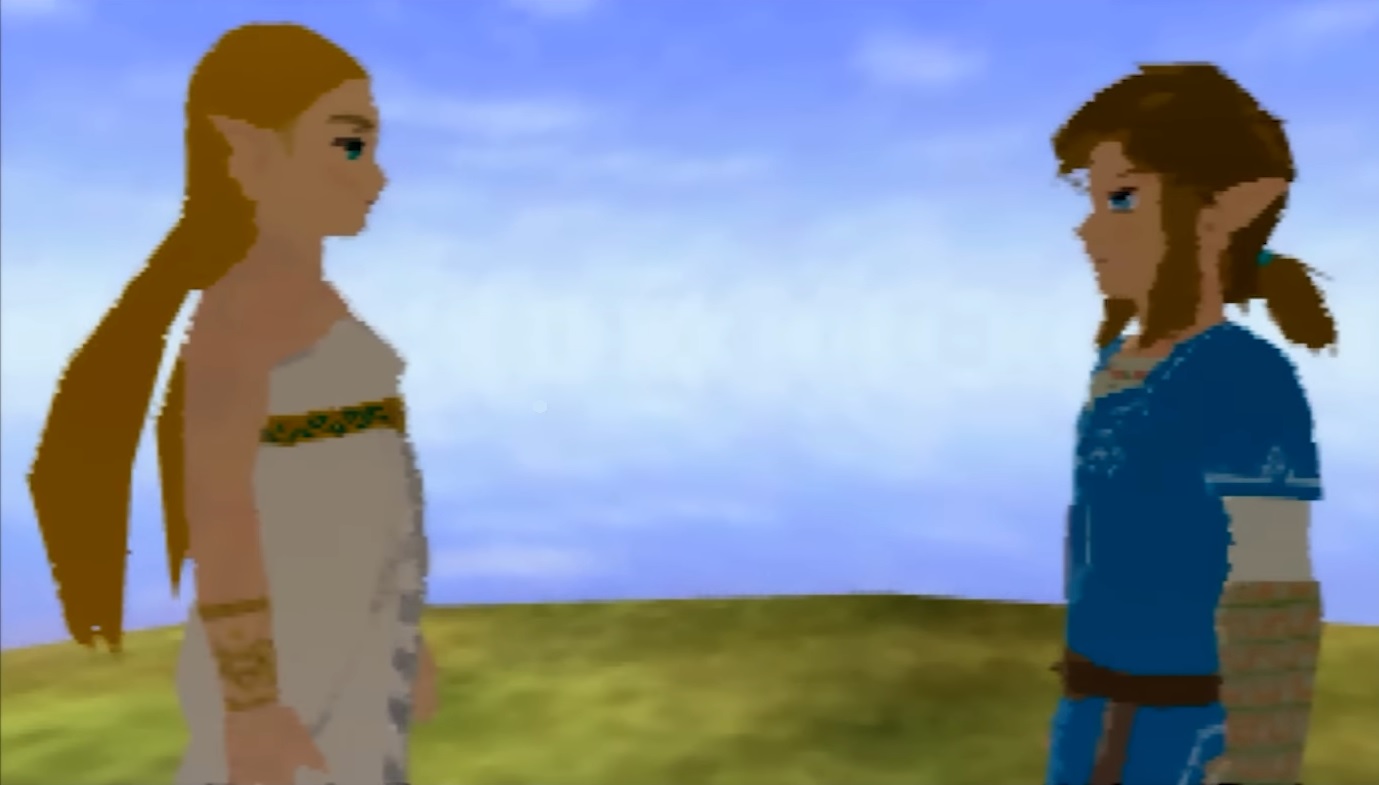 How these Speedrunners accomplished the impossible…

Wow. It doesn’t summarise what happened over the past weekend at Summer Games Done Quick 2022 Charity event in Minneapolis, Minnesota. SGDQ has been a staple within the retro gaming community for years now, raising funds for Doctors Without Borders, and has bedazzled fans with indie developers taking the games we know and cherish, then making them better. Whether this is a vanilla speedrun experience, or modifying a title with new code, there’s always something that comes out of these events that has the gaming community abuzz. This year, SGDQ managed to raise over $3 Million USD ($4.3m AUD), in easy fashion displaying some of the most talented gamers and developers on stage, showing off their insane skills, that wowed and awed the audience, not only live in-person for the first time since 2019, but across the globe watching on Twitch.

But outside of the event’s conventional speedruns, one showcase has Zelda fans completely shocked and amazed. After 23 years, and thanks to some arbitrary code that reprogrammed the title, The Legend of Zelda: Ocarina of Time was unlocked and presented some incredible assets that were previously impossible to access before implementation of code that essentially overwrites the game’s memory system. From the Starwing making a cameo, to actually beating the running man, these were just merely small Beta features that had been left on the cutting room floor by Nintendo themselves, but kept within the game. Presenters ‘DwangoAC’ and ‘Sauraen’ stressed that everything that was shown in the run was off an unmodified Nintendo64 and a completely stock retail copy of Zelda OoT.

With the assistance of notorious speedrunner ‘Savestate’, the presenters were able to showcase the plethora of Zelda OoT Beta content, including an inventory debug modifier that can also be accessed through an N64 gameshark/gamegenie, allowing Savestate to simply execute in-game binary to stock his items and health at anytime. But this was different; what was accomplished here was access to these menu’s without the assistance of third party accessories. Rather, the entire process was executed by the help of the returning and revised TASbot (Tool Assisted Speedrun robot). The Linux based, R.O.B.-adjacent hardware implements controller inputs faster than any human could, to simply rewrite code into the game, allowing it to open up aforementioned debug and beta features. While arbitrary code isn’t new within the speedrunners or homebrew community, over the last two to three years, it’s been something of a talking point for players to access undisclosed content. 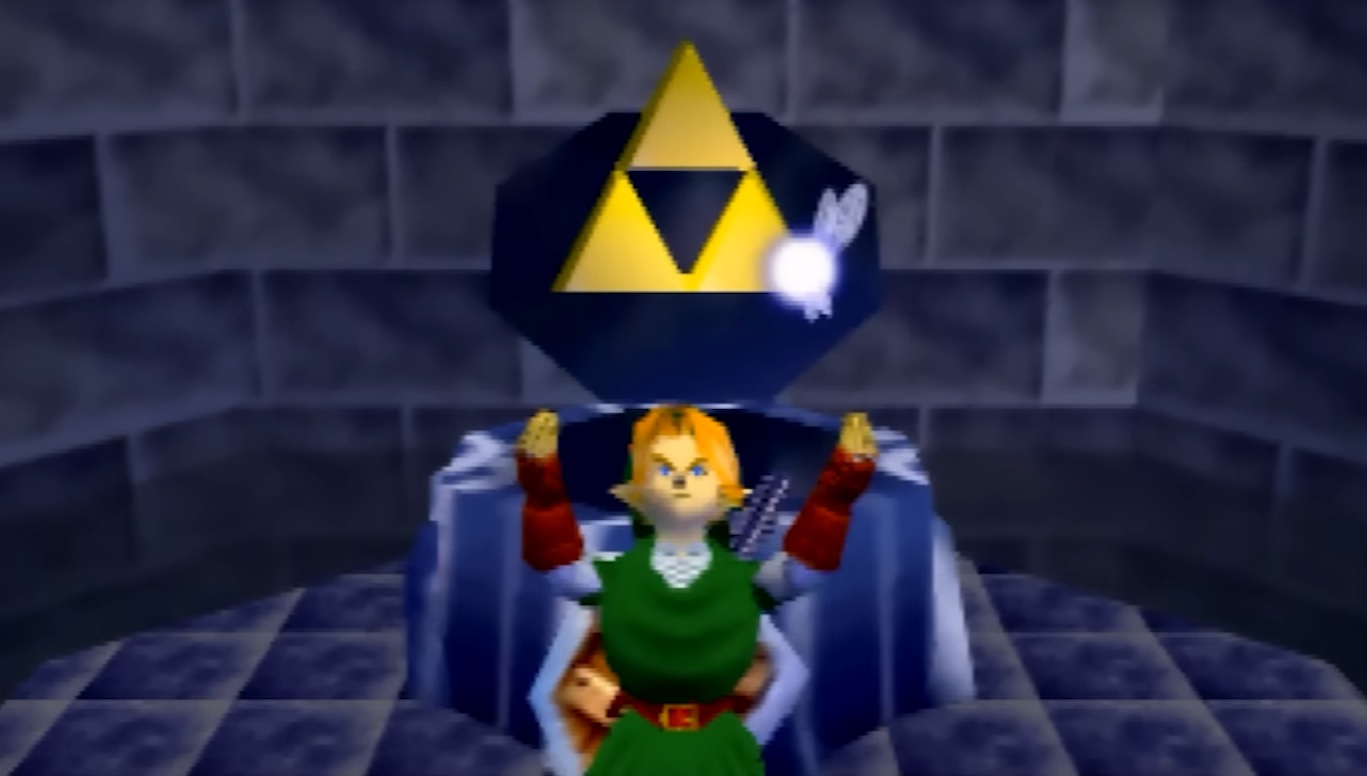 The Big Reveal – At least we thought….

The potential behind this is endless with players been able to accomplish completion times in record fashion. Runner ‘SethBling’ showcased his use of code to stamp his World Record time on Super Mario All-Stars + Super Mario World, earlier this February, by modifying in-game RAM addresses in Super Mario World, then accessing other four other titles in the collection through Super Mario Bros. 3’s items menu. I myself have accomplished a record by executing arbitrary code in Super Mario Bros. 3’s Wrong Warp, beating the game in just a little under 4 minutes – it’s honestly the easiest and most knowledgeable code to execute, so it’s not that impressive. This however, is on a completely different level, and on the other side of the spectrum of simply some key inputs. An ungodly insane amount of TASbot button presses were able to tap into what could very well be the true potential on power of the Nintendo64.

There were five key events that had me shell-shocked, and unprepared for such amazement and excitement; The first being able to gain access to Beta and debug items. Second was accessing parts of the game where you should be Young Link but have been able to teleport there as Adult Link. Third was beating the running man, then battling him after being labelled a ‘cheater’ – very comical. Fourth was a new hidden entry in Zora’s Domain that gave the player access to the ‘Beta’ Unicorn Fountain, where the Great Fairy of Wisdom would instruct us to play the Overture of Sages before collecting the Master Sword, in which would transport an Adult Link to the Temple of Time. From here playing the song infront of the Master Sword would transport Link to the Sacred Realm, where a playable sequence would reveal more Beta dialogue unseen before.

Link would then be guided by Sheik to the last room of the Sacred Realm, which would encumber the game’s unfound Triforce. Something of a myth, that’s now legend within Ocarina of Time lore, yes – it actually exists in every single copy of the game, just inaccessible to us mere normies.  So you would think that would be it right? Well there was the fifth event, and this was masterfully demonstrated by the presenters, and showcased what’s possible through real-time code execution on unmodified hardware. Given three options after collecting the Triforce, Savestate chose to take a look into the future, where Link would be teleported to the exact same place he was in only decades later. Akin to what looks to be a broken Hyrule from the latest Breath of the Wild Sequel trailers, inline with what Nintendo developers have said about OoT and BOTW’s lore, Link re-emerges in full Breath of the Wild attire, model, shading, skeleton and movement.

Obviously a lower resolution, yet seemingly moving at what would be thought out as pre-rendered, DwangoAC re-assured us that everything seen is in-game, and in-engine on the Nintendo64. Impressive is an understatement. Also emerging from above was Zelda in her Breath of the Wild form, with completely vocalised dialogue. How? How was this even possible? A video by DwangoAC shows off the Link model in-engine, with physics and a full 360 render of its movements. The code for this is live and public on github for those that have the tools at their disposal, but to replicate this would be near impossible without the knowledge that was on showcase here. With that another video explaining the entire process of Arbitrary code execution, and how OoT was able to be rewritten in realtime was released by Retro Game Mechanics Explained.

Due to Nintendo’s use of controller inputs sharing RAM execution with in-game code – something I’ve only now learned playing with Super Mario World’s ROM – players are able to essentially rewrite an entire game, if a distinct input is executed. This is almost impossible without the use of a TAS or a tool like it that can input relays at a significant pace. The entire extrapolation of this process is broken down by RGME, and is a fascinating watch. But for what was done on-stage at SGDQ this year, was truly a marvel. Oh! I forgot the most important bit… Actually having TWITCH CHAT IN-GAME. Mind completely blown. Instructing chat to type ‘Here Together’ or show-off their unique emotes, what a feat. Absolutely a delight to witness, and had me thinking about it for a couple days now. This was a moment in gaming that I, nor people who witnessed it will never, ever forget. GG. 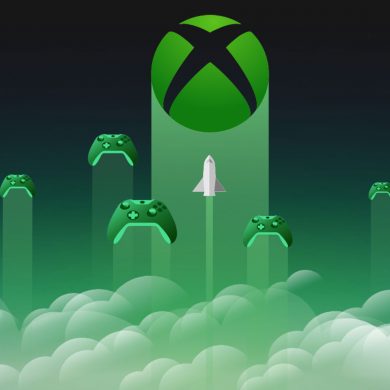