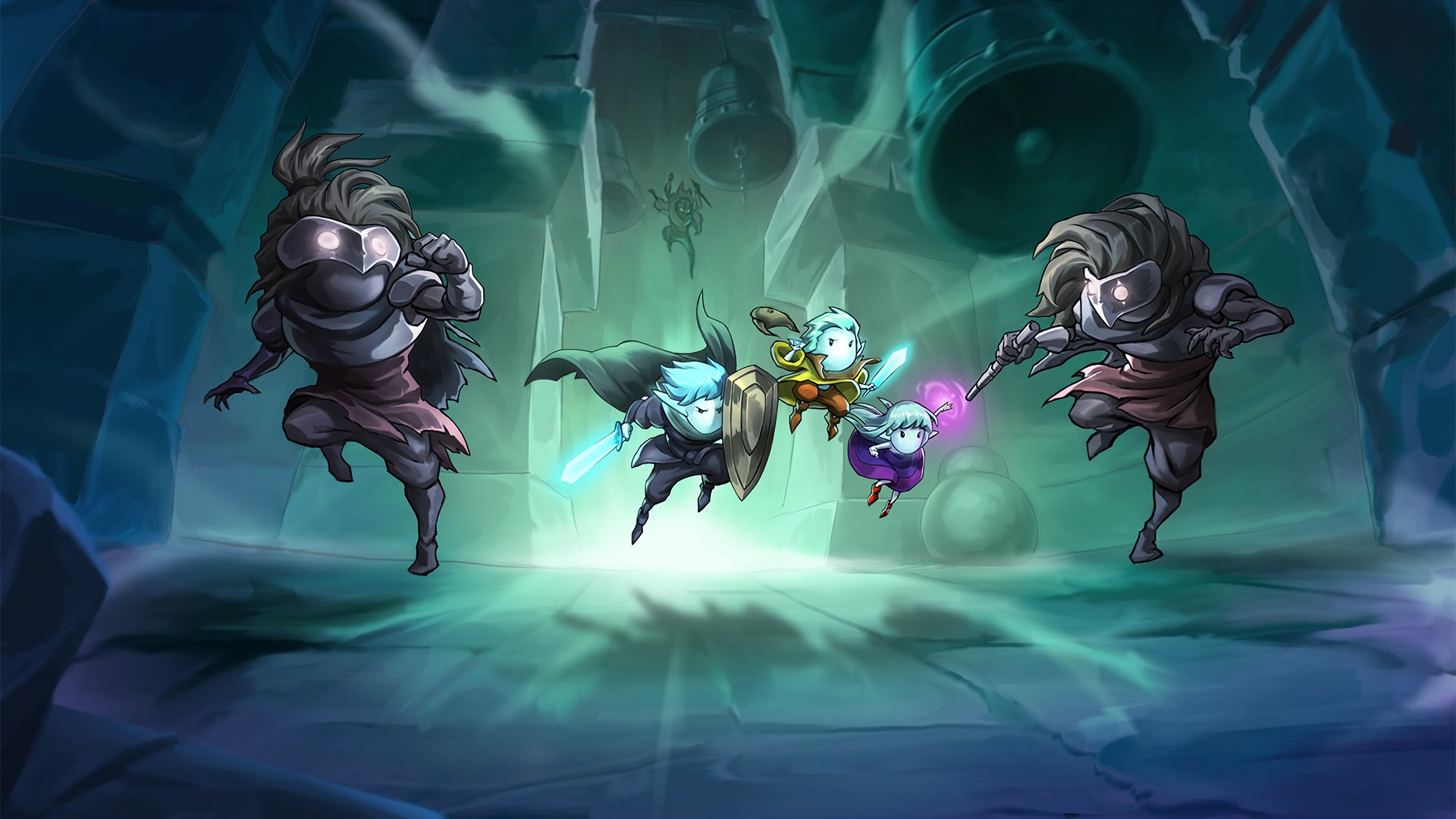 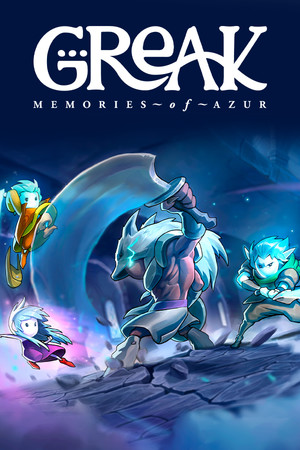 I’m a sucker for an aesthetically pleasing video game, regardless of its genre. Appealing to my keen eye, Greak: Memories of Azur had me mesmerised with its incredibly charming, hand drawn presentation that had me comparing the platformer to Team Cherry’s highly acclaimed action-adventure title, Hollow Knight. While on paper the two are plenty alike, their respective differences are made evident in some of Greak’s setbacks. This generally comes down to its convoluted mechanics that make playing the game a befuddled mess at times, but its charm is strong enough to carry this fairytale to its climax. A testament to the ambidextrous, the puzzle-platformer is a tried schematic of intelligence, not just in problem solving but in physical prowess – albeit minimal.

Having the ability to control multiple protagonists at one time may demonstrate the title’s complex, and intuitive mechanics, but Greak’s fruitless campaign sets its creative writing aside for an instinctive demonstration in audio-visual, rather than the gravitas of a storyline, appropriate for this kind of adventure. Yes it’s a redemption story of sorts, but it’s a puzzle-platformer first and while I had enjoyed its opening act, the magic and flair of it all began to wane as I continued through the short six hour campaign. But as I reflect and digest this lovable little game, I can’t but help but feel gratified. Issues aside, Greak: Memories of Azur is a great puzzler for those that want more out of their standard hop-scotch platformer. It does more than deliver digital eye-candy, it harnesses an emotional trudge through symbolism and melancholic themes.

Get him to the Greak…

An opening cinematic quickly introduces you to the title’s overall premise, where you portray a young warrior by the name of Greak. The ambitious swordsman looks to save his siblings from an ongoing insurgence from a group of monsters known as the Urlags. Upon saving his younger sister, Adara, they pair are swarmed by an army of enemies that separate the two again, leaving Greak for dead. After being nursed for life threatening injuries, Greak is awoken and informed that his sister was taken away by the opposing creatures, and that the Urlags had run roughshod on small settlement, with survivors of the attack planning to make their escape to Azur via Airship.

Upon rescuing both Adara and Raydel, the sibling’s older brother, each character’s respective mechanics are adaptive to one common control scheme – ranged attack, close combat, and spellcasting. This not only aids Greak and his siblings during lengthy encounters, but will come in handy for some sleek manoeuvring in puzzle solving segments. While imaginative in its diversity and range of character traits, the confusion sets in shortly after maintaining a somewhat synchronicity within coinciding characters in real-time. It’s a demanding feature that requires you to hold down on your controllers left shoulder button to manipulate both Greak and his cohort, while strategically placing each hero for imposed progression points.

It attains a merit of quality within independent circles of gaming, and could continue as an ongoing series if it really wanted to, that withstanding Greak: Memories of Azur does an outstanding job at delivering new experiences in gaming, and the puzzle-platforming genre.

Personally, I would have liked a lock-in system that allows you to simply press an action button to tag in and out characters – which is relatively possible using your D-Pad – but to also request your partner to join your party as you traverse across the level map. Multiple objective are scattered across different areas and can be activated through speaking to resident NPC’s. The game does an excellent job of cataloguing your completed and unfinished objectives listed in your journal. Our heroes are guided across a plethora of different platforming archetypes that range from lateral left-to-right navigation, metroidvania style open maps and locked-in puzzle assortment that impedes your progression, but only for moments.

❌Complex character controls can be confusing.

Working in tandem with each sibling is both gratifying and frustrating – just like real life, I guess? However, utilising their integral attributes against different types of baddies that you will come across in each level, is a welcome assortment that forces you to change up your playstyle on the go. The monotony falls within the player’s deliverance rather than the title’s divulge, whereas execution of offense is rather basic with mapped buttons demonstrating similar fighting styles, such as both Greak and Adara having rapid melee attacks, and slower ranged offensive techniques. It’s not necessarily a skin swap, or character clone but performs similarly.

Thankfully, the mechanics are effective and fleshed out. This alongside the title’s sleek performance and aesthetic does it wonders, giving players seamless flow of progression in each sequence. While working in-tandem with your siblings, you may deliver offensive attacks simultaneously by holding down the left shoulder button and pressing down an action button which demonstrates an increased range of attacks from all active members, clearing out crowded areas with great ease.

Video Game Music Composer Majo Felix (Lonesome Village, Novel Effect), composes a triumphant compilation of tunes that are fitting for adventure of the likes in an ambitious, gratuitous tone. Rich in fantasy and orchestral melodies, Greak’s soundtrack melds perfectly alongside the title’s animated design. The allure of an enriched overture that combines its heart and soul with visual representation through enigmatic scenes of justice and consequence had me well-up a few times while playing. It’s moments like that I cherish in gaming, and despite some differences I had with its difficult combination chain of concurrent gameplay, it was sensationally marvellous in its depiction of heroism, conviction and resolve. It secures a bond in both representation in narrative and design which I highly respect.

Greak: Memories of Azur is short and sweet. Yes, it’s rough around the edges and could use some polishing with its complexities but its emphatic statement in togetherness is unequivocally creative. While its campaign plotline may lack in areas of need, and its gameplay falls second nature to the beast of audio-visual immaculacy, I was enamoured by an engrossing tale that was suitable for this six hour long story. It’s charming, it’s daring, innovative and original. It attains a merit of quality within independent circles of gaming, and could continue as an ongoing series if it really wanted to, that withstanding Greak: Memories of Azur does an outstanding job at delivering new experiences in gaming, and the puzzle-platforming genre.

0
Greak: Memories of Azur is a side scrolling single-player game with hand-drawn animations. You will take the role of three siblings: Greak, Adara and Raydel to guide them through the lands of Azur. Alternate control between them and use their unique abilities. 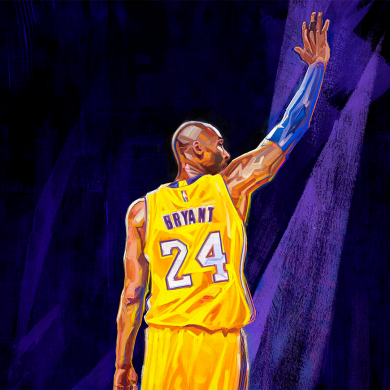