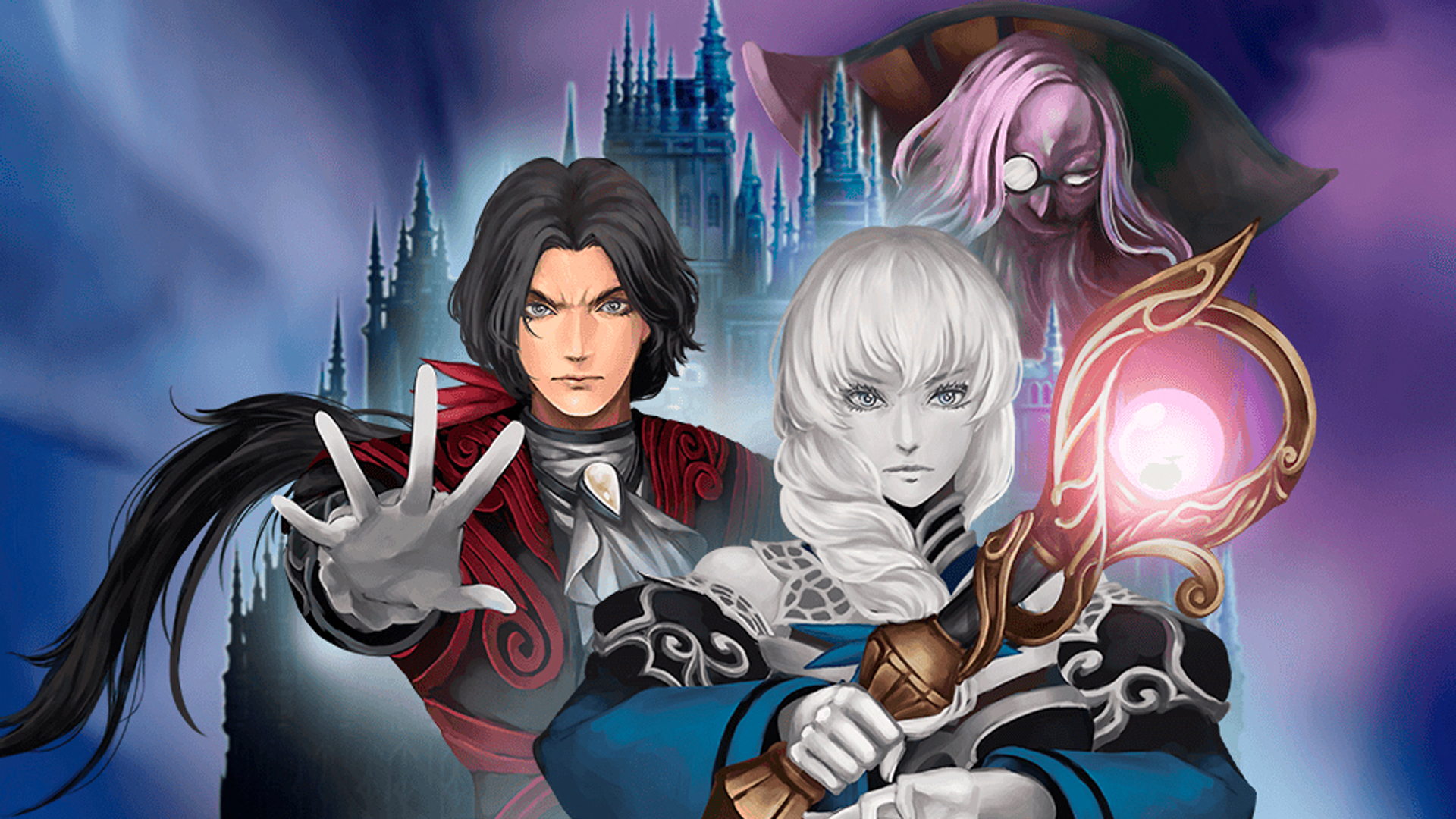 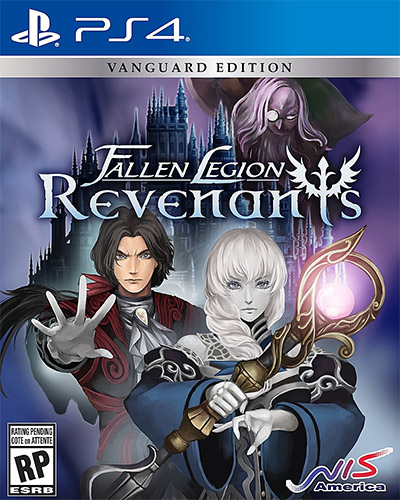 Imagine this; you’re sitting there, enjoying a visual novel style action-RPG with suspenseful dialogue, a compelling narrative unfolding at the very seams, you choose a path that may vary consequence, and the outcome is… game over in less than two hours. That is exactly what happened in my first playthrough of Fallen Legion Revenants. My first reaction was “are you kidding me?”, then contemplating on restarting the entire campaign again, as the loop that I had gone through did not allow me to backtrack my story. Essentially, I was stuck – I hit a dead end and had no way of resolving the issue in a steadfast manner. The Result? Replaying the first three hours of the game. It made for some cautious commentary, and tedious moments from the onset, but made me appreciate Fallen Legion Revenants, with a heightened anticipation. A title that promises absolutely nothing, but do expect anything to be thrown at you.

The last time I had encountered a game throwing me back to the main menu like this was Persona 5, after playing the title for hundreds of hours, I had chosen poorly and my campaign had come to an abrupt end. Luckily having a backup save, I was able to recover the majority of my campaign, and only replaying about an hour from a previous save point. From a visual novel aspect, Steins;Gate still holds the accolade for best gaming adaptation of an original visual-novel franchise. With Fallen Legion Revenants, it’s a tried and true testament to amalgamating the simplistic forms of both the aforementioned genre’s. Does it exceed expectations? Not quite, but does it deliver in bold, exemplary storytelling? Sure but it may only attract a certain niche, primarily demonstrating a deviation of gameplay mechanics, polarising the RPG audience from the stock standard formula, with only few recognised from a back catalogue of notorious titles in the same vein.

The tale of Revenants is told through our story’s two protagonists. As the title implies, Rowena is a revenant spirit searching for her son while accompanied by Lucien, a cocky politician that looks to dissolve the mystery behind the Miasma substance that is transforming civilisation into demonic creatures. There are few survivors of this weird phenomena occurring, taking sanctuary within a fortress hovering above the land. The self imposed ruler of the mansion and antagonist of this campaign, Ivor, holds Rowena’s son captive in his towers. It is now up to the pathfinder and his ghoulish assistant to eradicate each surrounding territory of the possessed, zombie-like creatures that appear to have been mutated and stripped of their humanity.

With Ivor controlling events within the hallowed halls of Welkin Castle, our vengeful pair bulldoze their way through horde’s of foul creatures in a simplified turn-based battle. Along your journey, you will meet new personalities known as exemplars. While we aren’t able to control Rowena, she takes the role of commander and healer of the group, in which the player is tactically puppeteering each exemplar with their respective action button. With movement like a chess board, a grid like platform highlight’s both parties in-action with moves performed in close range melee, or ranged magical offense. You are able to invade the opposition’s platform space to attack, but may come at a higher cost of Health Points.

A prevalent gameplay loop tries to wipe out some of its tedious moments, with repetition becoming an issue for the title midway, but the monotony can be overlooked for its excellent writing, innovative battle archetype, and its compelling tale that’s told between both Rowena and Lucien.

Death Orbs can be collected to charge a character’s special. You can achieve this by grinding points during battle and executing chain combos. The orbs may also be banked and if desperate, used for ranged attacks by Rowana herself. Holding down on the left shoulder button (L1 for PS4) will block close ranged, and melee attacks if timed correctly. Upon executing a perfect rebuttal, each active exemplar will be rewarded an attack point while giving you chance to strike the opponent’s weakness. If an exemplar’s health depletes, then it is up to Rowena to revive them mid-battle by pressing down on their assigned action button. As the campaign progresses, this action becomes more difficult with each encounter delivering a series of new baddies of higher level and health.

Each major boss battle will be representing by their pre-showdown dialogue and hefty health bar shown atop of the encounter. Upon initiating an attempt to thwart these manipulative demons, you will have to strategically plan each attack as their loops are prolific in power. Carefully spectating and grasping each boss and their offense, I found openings that allowed me to come in at close range for steady combos, but many times came at high risk of the battle ending abruptly. If your entire party falls, it’s game over and you may have to restart the encounter. Completing a chapter, you will be graded on your performance, awarded a choice of 3 Archeus Upgrades  with some additional items to utilise on your journey.

I have to say that I enjoyed each battle, with an intriguing concept carved in its foundation. It’s not your run of the mill, turn-based role playing title. It changes up the formula for something deeper and thought provoking, while displaying an ascending rise through its compelling narrative, and cascading tumble in taking down the tyranny of this mutated army. An unexpected loop is demonstrated with a rich sense of action, and enthralling confrontation. With the title’s aesthetic being somewhat unorthodox, it shocked me how motivated I was to pursue this adventure to its fullest. So while all this mayhem is unfolding, it begs the question… Where is Lucien? What role does he play in all of this?

✔️Changes the entire turn-based construct, with an original formula.

✔️A tale of two that coincides with each protagonist in real-time.

❌Some bugs, but nothing a patch can’t fix; mainly audio mixing issues.

❌Bottlenecking in consequences can be irritating.

After each deathly encounter, our story takes us back to Welkin, where our ambitious politician is on the prowl, scouring the many halls of the castle, interrogating a number of characters while looking for clues on the whereabouts of Rowena’s son. There are a number of rooms to discover, but the main hall presents our poignant protagonist with persistent options that you visit every so often. The Library will allow you to search through items collected during battle, make upgrades, and unlock new exemplars for your crusade. A familiar mechanic in fusing is available via the Warehouse, allowing the strapping speaker to mould new abilities through each Archeus awarded.

Scrolls collected as Spoils of War are decoded within the holy confines of the castle’s in-house chapel. Upon translating each manuscript, new abilities and magic spells are unlocked and delegated to Rowena’s growing arsenal. You can assign each spell upon three slots before heading back out to ground floor for battle, as well as restructuring your exemplar’s if your current line-up needs a refresh. Lucien’s ongoing quest within the confines of the eerie construct has the suave talker engage in multiple conversations with many patrons in hopes of influencing, and shaping their allegiance to the affable magistrate. However, this is where you have to be real careful in the path you create as it may result in a premature ending.

Friendly conversation with cohorts and characters alike will deliver multiple choices that are reminiscent of Telltale’s choose your path structure. A dialogue wheel will appear after each consultation between Lucien and the civilian, in which he may promise a favour, threaten or question each patron. An astounding display of political embellishment, and overpromising that plays a role in resolving the matter, may have dire consequences for our overconfident hero. Some choices may conclude moments in chapters that were not part of the plan, but may progress your mission rapidly. Exploring Welkin’s Castle is quite simple with many dialogue boxes laid out in an appropriate manner, and initiated upon pressing the action button.

There are other members of council present, and are looking for favours from their favourite politician, and his smooth discourse. Helping out members, or gifting servants will unlock more information that can be used throughout the campaign, in hopes of discovering Rowena’s lost child. In all this, there is a monotony that tends to set in quite fast. The idea of an expeditious escapade through the castle is off the cards, as you simply are walking from left to right, initiating a quick conversation for clues, and simply carving a path towards your goal. Sure its narrative may keep you on your toes, and upon experiencing a swift, inconclusive ending may encourage you to pay more attention to detail, it doesn’t quite deliver anything in the gameplay department.

A steady progression in storytelling, and sequences are set in motion for each contrast and transition but the juxtapose is quite stirring after a few encounters. Regardless, I appreciate the “Ace Attorney” like clues that are collected, which unlock more dialogue options over time. This was an awesome inclusion, and made for some astounding finds along the way. These can achieve new settings throughout Rowena’s quest with the exemplar’s with some confronting scuffles that can unlock potential party members along the way. Moments that happen in real-time between our two playable parties are presented in split-screen fashion, with Lucien either discovering a clue, or engaging in a heated argument with a council member.

I took issue with the fact that these particular sequences were set between major boss fights and would have major implications on progression. If you were to choose poorly, you were arrested and to be executed with Rowena’s party having to go back to the last lengthy fight, repeating the entire battle. It’s bottlenecking like this that may deter some players from continuing through to the campaign’s end. The ramifications presented are unfair for the player, given that a bountiful amount of playtime had been spent defeating the previous boss, only for us to bounce back an entire half hour. A little harsh, if you ask me. Performance wise, I had no issues with the game, and enjoyed the simple art style that was befitting for its elementary, 2D Sidescrolling adventure.

Fallen Legion Revenants is a fine, role-playing title for those looking for something to grind. A deviant from the traditional RPG, that hopes to present something unique within a split story that occurs simultaneously. A prevalent gameplay loop tries to wipe out some of its tedious moments, with repetition becoming an issue for the title midway, but the monotony can be overlooked for its excellent writing, innovative battle archetype, and its compelling tale that’s told between both Rowena and Lucien. A thought provoking, yet confounding title that ensures  a strong appreciation in Fallen Legion’s originality.

Fallen Legion Revenants is full of fun, engaging combat, an interesting premise, and entertaining dialogue. However, the poor pacing between combat and narrative creates a disconnect that makes the experience monotonous at several points.

Story
7
Gameplay
7
Presentation
7
Sound
8
7.5
Supplied by the publisher, for our review.
Playstation 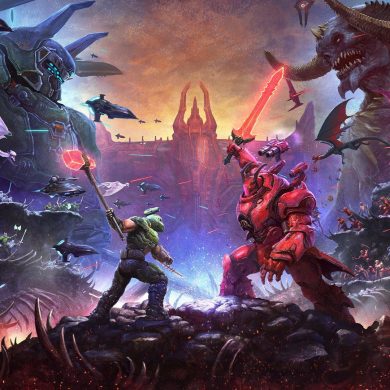