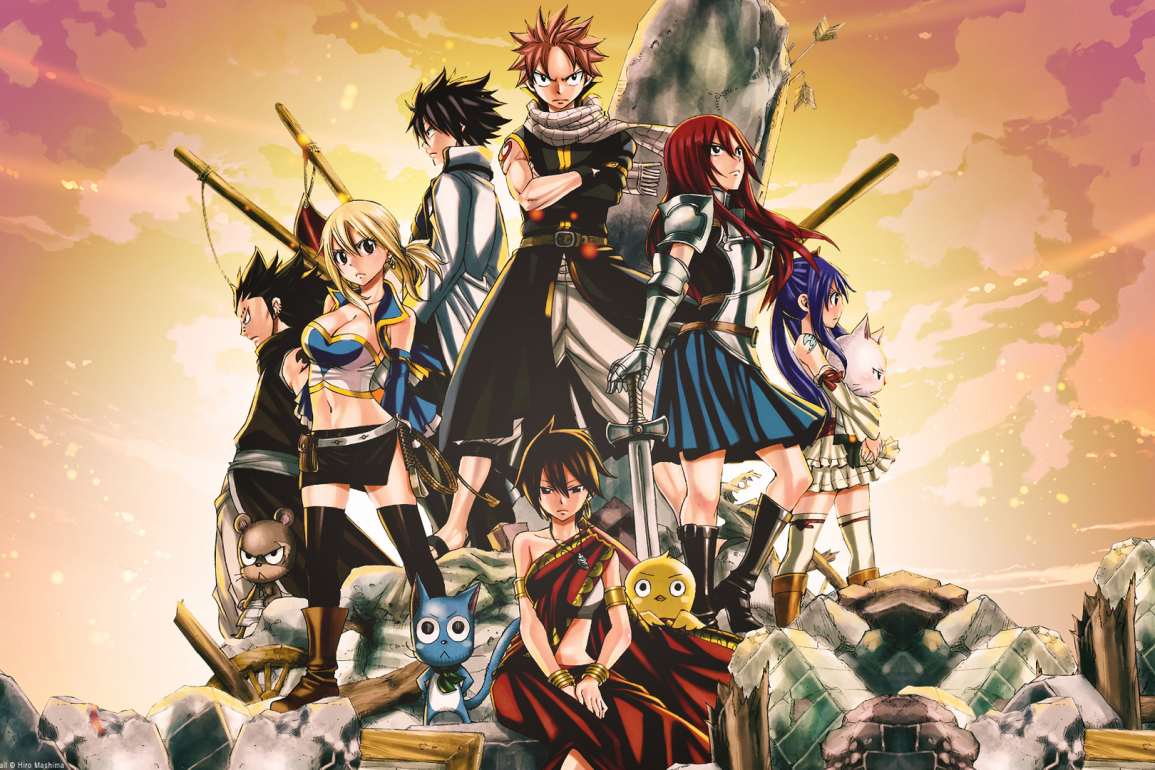 ❌Some slight bottlenecking, and mundane sidequests make for disengaging moments.
❌Presentation on the PlayStation 4 seems a little outdated.

For fans of this illustrious Anime, Fairy Tail is a welcome addition to the established fantasy franchise with its first Japanese Role-Playing title to hit the video gaming space. While to some, it may sit as an odd outing as the series Manga and Anime have recently concluded but Fairy Tail: The game celebrates this original story’s accolades in fine fashion, revisiting prominent moments that its devotee’s will no doubt adore. However, this is not to say that its expeditious pacing and extremely fluent animation completely translate from the incredible Japanese animated series. While I would absolutely love to categorise Fairy Tail amongst some of the best in turn-based JRPG’s, it unfortunately falls short on many integral concepts.

Ideally, the franchise itself would sit comfortably side-by-side with a modernised Dragon Quest-like infrastructure, but falls short integrating archaic measures in hopes of prolonging the entire experience. While the spirit of its source material remains present, the impact Fairy Tail has had in delivering an original narrative with affirmation and splendor remain absent here. While we fans of the series given a revisiting to its third season, its initiation to newcomers will be somewhat bewildering with a great deal of unknown backlog. The game depends on the player knowing our protagonists, and their intentions halfway through the entire story-arc with no explanation. Out the gate, this can be a confronting position that may overwhelm those that are completely uninformed of the Manga and the many tropes it carries.

Into the deep end…

Developer Gust, have a solid reputation within the industry for developing beloved Japanese role-playing turn-based battle series. It did come as a surprise that an established Manga and Anime franchise, was handled by the Atelier developer, foregoing the industry standard route of seeking Bandai Namco to develop and publish the title. This would mark the studio’s first venture outside of their own in-house intellectual properties. As a fan of the anime, I salivated over the concept of following the adventures of my favourite wizard, continuing his quest thought the Kingdom of Fiore, but I would be remissed if I failed to mention that without an original narrative, the title feels like a cumbersome rehash, with a poorly optimised Atelier clone attached.

Lifting the concrete foundation of Gust’s goldstandard, Fairy Tail has simply applied the familiar mechanics that made Atelier and Neptunia role-playing titans, and simply re-skinned its surroundings. While it seems dumbfounding at first, there was something that felt inferior to what is experienced in the original fairytale JRPG quest that fans have come to know and love from Gust. it achieves some recognition in lifting criterion standards from well renowned JRPG franchises, such as Persona with the standard attack options that are initiated in battle. It’s honestly confusing that I compare some of its bizarre strategies that are mirrored from Paper Mario: The Origami King.

Engaging within an encounter, you will have to line up your enemies within a checkerboard style before selecting your attack style. This will institute a finding of your favorite tactics and approach you may take towards every battle going forward. Selecting from a myriad of styles, you may simply land a quick attack, choose from a series of identified artillery depending on your character, casting a spell with Magic, or blocking an enemy’s attack. Much like any stock-standard turn based battle, using Magic or Mana will drain MP, while an enemy successfully landing a blow will diminish your Health Points. What Fairy Tail does with ease is representation, with a certain level of variety given in every option.

While your Magic attacks will seem a little constrained, the myriad of choices given to each respective protagonist are astonishing. Albeit, you may find yourself in a mundane grind within each confrontation, choosing to use the same attacks to quickly end each battle. While this may be a good strategy for Quest Line’s, you may find this a little ambitious in mini-boss fights. Leveling will depend on your approach in each battle, you may use multiple options to assist your party and each of your characters stats; similar to Atelier and Neptunia’s buddy system. Without classing your characters, you may find flexibility in how you shape each battle and how protagonist performs their respective actions. It is recommended to individualise their respective styles so you may find a transparent flow through each encounter.

Fairy Tail’s universe is massive. Its broad scale is translated into this ‘faux-pen’ world sandbox that allows the player to explore its vast terrain at their respected leisurely pace. While this is a neat addition that expands on Fairy Tail’s versatile narrative, its bottlenecked approach evidently rears its ugly head. Haphazardly forcing players to engage in sidequests in a humdrum cycle, tends to become a tedious task that loses its allure fast. There’s not a whole lot of charm or anything that may captivate you outside of the title’s main campaign. Its luster unfortunately remains absent outside of the core story, and having to be compliant towards mandatory sidequests is a questionable creative decision, but one I’m a little familiar with in Gust’s Nights of Azure series.

Each mission will entail a job request which will be placed within the the Request Board in the main menu. Completing the aforementioned requests will reward you with coin, unlockable items, EXP and guild reputation. Leveling your guild rep will help your party gain access to new areas and facilities throughout the campaign. As you progress, you may find the dormant members of your party gaining EXP while remaining inactive. This plays in part of the systems overall bonus mechanics that allow you to relegate upgrades and other options to certain party members that will help you in the end-game. Crafting and decorating the interiors of decaying facilities will also earn you coin, and can deepen your bonds with characters, ala Persona 5 Social Links.

Aesthetically speaking, Fairy Tail: The Game delivers in some aspects, with great detail given to its main character models. They look great. While there is some deformities expected in translation from their conceptual design in their respective Manga/Anime adaptations to a polygonal universe, their characteristics and personality are presented in quality standards, and are truly appreciated. Now, I’m unaware of Fairy Tail’s PC performance, but playing on PlayStation 4, its overall design is a little rough around the edges. However, you aren’t diving into this depiction for a cinematic experience. Yes, some textures are a little blurry, and there is some latency from its loading times, but that does not take away from its vibrancy and contour of its lush, mystical environment.

Framerate dips are made apparent in some cases, especially within busy areas and in-game cutscenes. There is a Day 1 patch that fixes many of the bugs that are experienced, so be sure to apply this once your game is installed. While Fairy Tail’s overall appeal seems to targeted its devoted audience, it drives itself to crossover from fantasy-adventure, into a complete Shonen within its action in this title. While you won’t get the freedom of a territorial hands-on approach, you maintain some semblance and cordial conflict within dialogue and combat. While much of its borrowed narrative will be familiar, there are some slight tweaks made to its story that may surprise a few fans.

Fairy Tail: The Game is a solid foundation for initiating a franchise in the form of a video game adaptation for this incredible story. The series’ legacy redefined a generation of Manga and Anime, and will stand the test of time. Sure, if we are lucky to receive a follow-up to what would be considered its first real entry into the gaming market, there could be some tweaks made. It would be a great learning curve for the Japanese studio, improving their overall development cycle exponentially. Fairy Tail: The Game is a fun time for established fans who are familiar with the lore of its original source material, but its gaming adaptations would certainly benefit with a prequel initiating some form of introduction to newcomers.

Fairy Tail (フェアリーテイル Fearī Teiru) is a RPG video game developed by GUST Studios and released by Koei Tecmo for the PlayStation 4, Nintendo Switch and the PC. It  will tie in with several popular story arcs from the manga/anime series.

Story
8
Gameplay
7
Presentation
7
Sound
7
7.5
A code was supplied by the publisher, for our review. 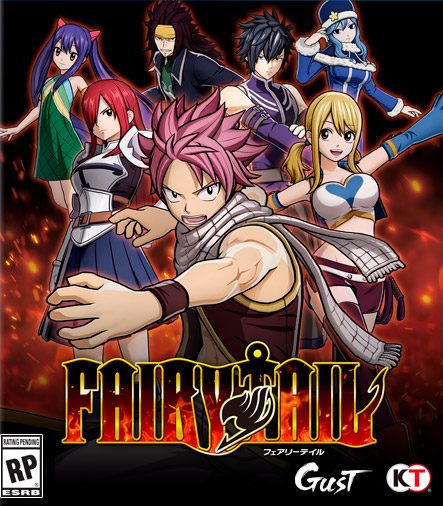 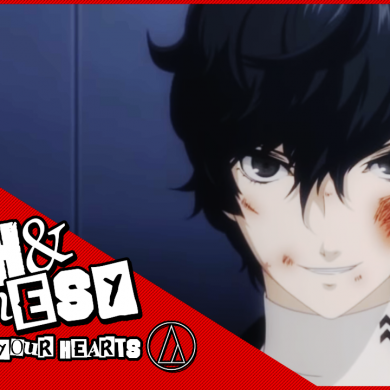