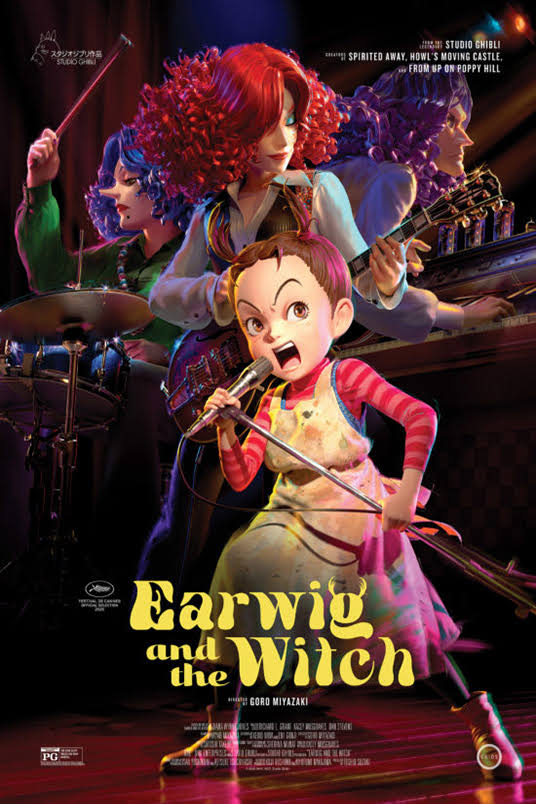 Earwig and the Witch (アーヤと魔女) 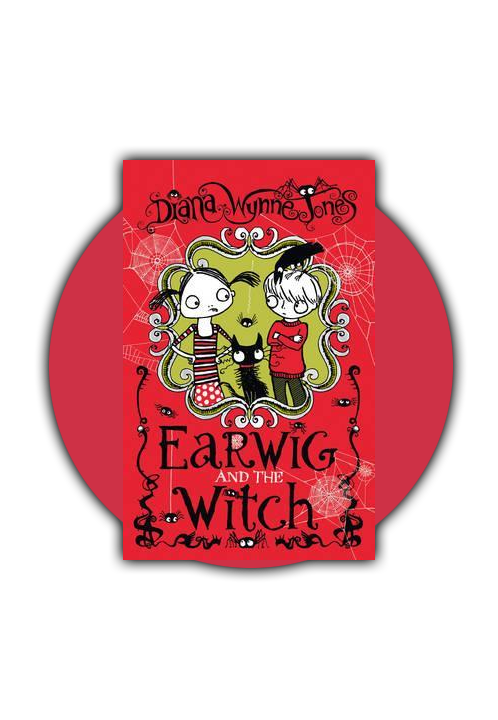 Legacy. The term carries weight in how boisterous its definition is determined within a hierarchy of language that sits within its ranks. Studio Ghibli's establishment rides a wave of esteemed titles that have set the bar for decades, and has produced more or less polarising feature length films, than any other Japanese animation studio. Adaptation can be a tricky thing to translate, especially from a children's novel to the silver screen. It's always a feat seeing such magnanimous movies portrayed in a skewed perspective, even if imperative moments are placed well within the peripheral vision, rather than its forefront. Earwig and the Witch seems to fall somewhere in-between a classic, GCI animated flick and an unrefined madcap of movie manic. The disintegration, and reformation of its source material will leave viewers confounded with major set pieces omitted from its novelisation.

Thanks to the kind folk at Madman, I was privileged with a pass to view the film not before I took the time to take a gander at the late, Diana Wynne Jones' original concept. As a child, the London based poet had a knack for creative writing and loved bringing her imagination to life, brainstorming a variety of theories, thoughts and beliefs well before she was an experienced author. With the help of Japanese painter Miho Satake, Jones was able to bring her wondrous story of a baby left at an orphanage, while her mother - a witch, that also lead the extremely public life of being a famous rock star - sought refuge and went into hiding. The author had been noted as a major inspiration to future fantasy novelists like the now controversial J.K. Rowling, and her Harry Potter franchise. It's hard not to see the comparison made, but their feature length adaptations are unfortunately worlds apart. The quality of work behind Earwig and the Witch, does fall victim to our ongoing global issues and while the film does demonstrate solid framework, it lacks in Jones' initial creativity and concept.

The sun sets on a summer’s evening in London, England with the crimson curls of a leather clad woman, flowing through the breeze as she expeditiously makes her way through the bustling traffic along a busy highway street. Caressing her baby, nestled safely in her arms while she rides her motorcycle dangerously through the open road, a yellow buggie follows the daredevil with uncertain intention. The grill of the vehicle mutates into a teething beast that looks to gorge on the lady and her child, but the buxom beauty bewilders this maniacal machine by magically transforming a lock of her hair, into what looks to be a handful of red tape-worms. Escaping impending doom, the fleeing pair make a quick stop at a local orphanage, where the mother leaves her baby with a note that explains to the caretakers that she is being hunted by fellow Witches, and will be back for her baby “Earwig”, in a few years.

Discovered on the footsteps sobbing, the Matron of St. Morald’s Home for Children detests the existence of Witches and refuses to call the baby by her birth name. The child is then taken into the hallowed halls of the institute, and introduced to her compatriots as Erica Wigg. We move forward a decade later, where Erica is living quite comfortably within the confines of the Orphanage, with self-imposed privileges. With no ambition of ever being adopted, she and her best friend Custard get up to all sorts of high jinks and wayward adventures that are usually against the rules. The pair manage to get away with their transgressions, including scaling the rooftops of the guild, where the duo like to hideout. Erica is never caught on her bluff of being an innocent, sweet young girl, but has always been noted for her snarky attitude that always has caretakers keeping a close eye.

Without knowing it, Erica’s life was about to change. A strange couple come into the institute with the intent to adopt a child. While the lady looks on with disgust at each infant, the looming presence of her companion sets off alarm bells for Erica. As he begins to grow taller, his eyes glowing with a striking gaze, the stoic woman picks out Erica, like a used car to a salesmen and informs the Matron that she would be “taking this one”. Earwig disagrees and tells the Orphanage staff that she would not be leaving. Without a choice, Erica is sent off with her new adoptive family in which they seem to neglect the child’s existence. Upon arriving to her new home, it became apparent that Earwig was adopted by a witch and a mage of some sort. The Witch, Bella Yaga, explains to Earwig that she is to become their servant, but the youngster bargains with her and tells Yaga that if she is to do their biddings, then the Witch must teach the young girl her witch crafting skills. Reluctant to her terms, the witch agrees and throws Earwig into her workshop. A grotty, disgusting, and horrific kitchen decked out with jars of animals and rotting flesh the pair work tirelessly, while Erica plans her escape. The facetious intent the youngster boasts is overlooked by the Witch, with her plan to emerge from the household becoming more and more promising. However, she finds herself trapped within her adoptive home, after the Mandrake seals all exits.

The youngster is informed of the threat that is the Mandrake, an anthropomorphic half-dragon that wields the power to destroy both Yaga and Erica, if they anger him. Resembling his towered state back at the orphanage, the Mandrake’s frustrations show at the dinner table with the Witch making remarks towards the demon’s favourite dishes. His anger is reflected by sparks in eyes, boiling bubbles in his forehead and smoke from his ears. This immediately frightens Bella Yaga, forcing her to eat these delicious meals that are put in front of her. Pot Pie, with peas and chips seems to be the Mandrake’s favourite – not a bad feed if I say so myself. But with Yaga’s traits attracting more disgusting delectables, her meals are of an acquired taste. Regardless, Erica continues her plot in escaping the confines of this hellhole, while teaming with Bella’s spiteful pet, Thomas; a black cat with the ability to speak. With the feline’s ferocity and resentment towards his owner, he teaches Erica the magic of Voodoo, in hopes of eradicating his malevolent owner. 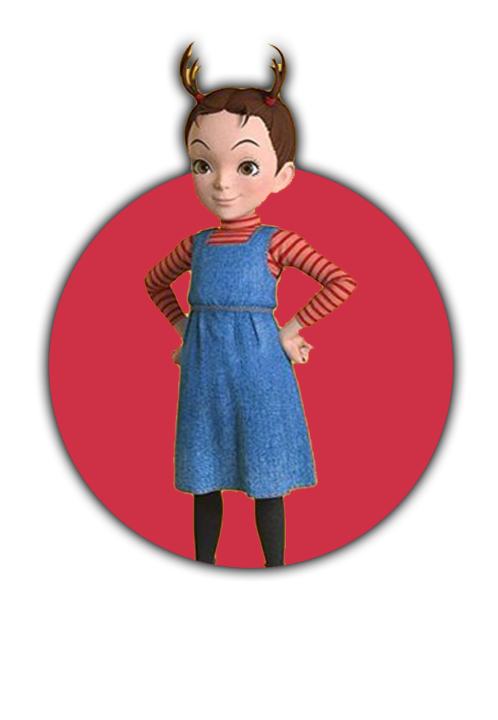 Upon my initial viewing of the film, my excitement may have heightened some appreciation heading in as it was my first time in a cinema post-lockdown. However, grasping the movie’s concept and having a complete understanding of what the source material was conveying, sequences that may have felt a little empty on-screen do carry their weight within the novelisation. So with that said, does Earwig and the Witch live up to expectations? It’s hard to say really. It’s a split decision based on who is watching, and the pacing they prefer. It’s a kids film afterall, I wasn’t walking in expecting a Studio Ghibli action-adventure. Yes, there are some major issues within its plot that I still can’t quite comprehend, nor does its adaptation do anything in creating potential for a follow-up feature. I wouldn’t label the film shallow, hollow, or empty as it carries quite the charm you would come to expect from an on-par kids film. But, there could have been more meat on this bone.

With Earwig and the Witch first released in Japan, there are some technical issues with its animation/localisation; The lip syncing is extremely off, sequences feel disjointed due to moments and personality shifts that are completely random, and character models look outdated compared to various other CGI animated films. Given its shortcomings, Earwig and the Witch’s overarching narrative and aesthetic does deliver an imaginative affair within its core ensemble. Erica’s enigmatic charisma helps keep focus towards the film’s end game, with ongoing quips and triggers that flare up overtime. The Mandrake’s mystique was hardly mysterious, given the narrative’s exposing premise, and the Witch, Bella Yaga, was your run-of-the-mill bloated antagonist, draped in purple with the all inclusive telltale mole on her chin. There’s a large part of me that believes the film would have benefitted from being an Anime, rather than its 3D retelling.

The opening credits bared a kaleidoscope of beauty with a colour stream of quick 2D silhouette’s, that were accompanied by sweet rock melodies that got me excited for something above and beyond what was forwarded. The rest could be labelled monotonous, and rather tedious at best. I will give Studio Ghibli and screenwriter’s credit where it’s due, the creativity in reimagining some plot points such as the disappearing doors and multi-tiered rooms that were bigger on the inside had me wowed. Moments like this made me feel like a kid again, going to the cinema with Mum and watching a random flick on a warm Tuesday afternoon. The aura behind Earwig and the Witch isn’t necessarily to push a prevalence in overcompensation, nor promising anything spectacular but rather a subtle and profound experience. One that doesn’t try to break barriers but does however, leave an impression. I can’t deny the fact that this film is not for everyone, but it’s allure in encapsulating a magnificent imagination, adapting such an amazing story made me walk in with rose-tinted glasses. So am I favourable towards it? Sure. Do I recommend it? Yes, but for kids… most definitely not for adults. Earwig and the Witch is an innocuous experience that may have some looking for its climax, while others may indulge themselves in its enchanting complexities.

Earwig and the Witch is a Japanese computer-animated fantasy film directed by Gorō Miyazaki, and is based on the novel of the same name by Diana Wynne Jones. The original voice cast includes Shinobu Terajima, Etsushi Toyokawa, Gaku Hamada, and Kokoro Hirasawa.

A pass was provided by Madman, for this review. 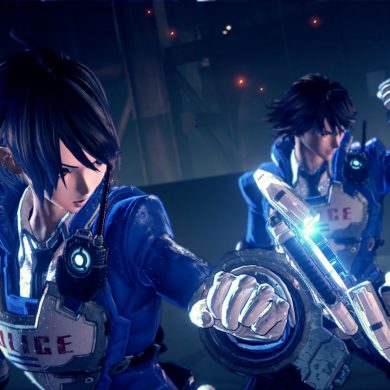