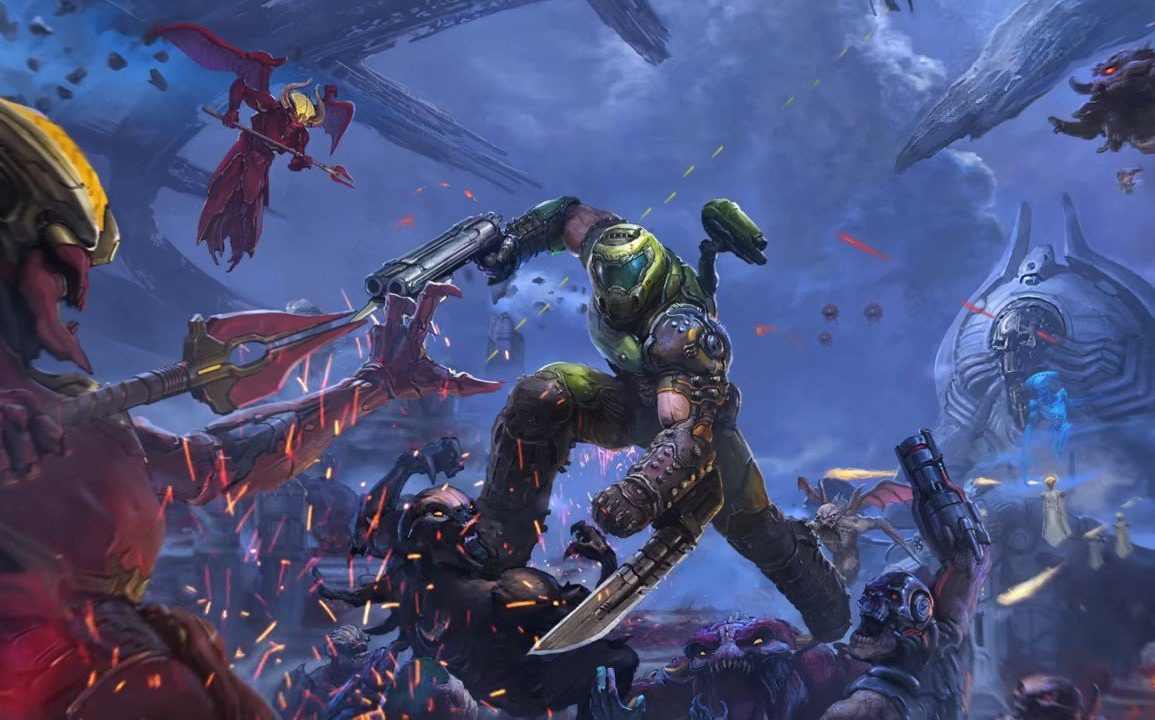 ✔️Expanding on the existing campaign, almost with an intriguing plot.
✔️New enemies, New Maps and New Level design makes for a unique delivery unseen within the franchise.
✔️It’s more DOOM.

❌Difficulty is insane. Even the easiest difficulty is harder than the initial campaign’s hardest. It gets intense.
❌Nothing out of the ordinary, and becomes quite monotonous after a while. Gameplay loop tends to get repetitive.

Cut My Life Into Pieces...

DOOM Eternal cemented itself as one of 2020’s greatest achievements in Arcade style, first person shooters. It made the expeditious presentation commonplace within a gaming climate that had exponentially exceeded its simplistic gameplay style, littered in comprehensive manner. DOOM Eternal: The Ancient Gods seeks to expand on this feat, in every intricacy that had been laid upon our bloody soaked boots. However, demonstrating that all facets of the initial reboot had led to the series’ comeback success story, the absence of Mick Gordon’s timeless heavy metal score that accompanied the intensity the original compared bared, The Ancient Gods feels slightly less terrifying than its mainline predecessors.

With that said, The Ancient Gods – Part One is a staggering increase of overall action; some may say a relentless increase in the difficulty department. That’s the key word within this expansion, relentless. Wave after wave of demonic foes rush at a rapid pace towards The Slayer, in hopes of tearing our anti-hero to shreds. At its core, the DLC is an additional six hours to the already existing campaign. Yes, it’s more DOOM Eternal with an aesthetic difference. The new layout and design encompasses the entire duration of the additional narrative, while inarguably delivering the experience we all know and love. Sure, some may walk away from the bone-grinding, blood slushing experience with some inquisition, but I believe it is its purpose to get gamers wondering, what exactly is the point of its existence, and what’s next?

The Ancient Gods – Part One acts almost as an unofficial post-game campaign, following events from Eternal’s main story. Much like its initial plotline, the expansion proceeds to deliver a basic plot that gets you going throughout your brash escapade. The cliff notes to the additional narrative see The Slayer tasked with returning several years later to revive a powerful force in hopes of bringing eternal peace. That’s the entirety of it. Not much to go by, but you have to remember that this is only the first part of the DLC. Yes, the campaign does end on a cliffhanger, hoping to captivate the players just enough to rope them back once its sequel is complete. But for what you get within Ancient Gods – Part One, I must say is more than sufficient.

Assuming the player is familiar with the basics of DOOM Eternal’s fundamentals, engaging on the title’s easiest difficulty is still challenging and will no doubt set in some frustrations to those looking for a casual FPS experience. This is certainly no cake walk, as from the campaign’s onset you’re greeted with a flurry of demonic foes ready to chew you up and spit you out. The prevalence of DOOM’s integral structure remains intact, carrying the core blueprint over, with some slight tweaks that make it seem fresh. Realistically, you’re getting a similar, if not slightly watered down experience with some elevated ferocity. Don’t get me wrong, it’s still an incredible joy to engage with a stampede of furious fiends, but the monotony does tend to kick in after an hour or so, if anything I found it to be just as, if not more cumbersome and repetitive than the original campaign.

To a degree, I can accept each encounter for what they’re worth. Battling each boasting baddie tends to come with heightened anxiety, as you may be busy confronting a single demon, with 20 more awaiting you around the corner. It’s almost like they congregate them in sectors this time, rather than placing them strategically. Recycling through cinematic, waves of demons, defeat, then repeat tends to effectively wane off any element of surprise. Sure, there are moments that will make you leap off your chair, but those will generally come from the onset. After acquainting yourself with the campaign’s intent, urgency and dread tend to wear off for a predictable gameplay loop. After a while, the only thing that tends to keep itself somewhat dignified is its unique design and aesthetic choices that separates itself from the hellish state of Earth.

The Ancient Gods possesses some of the most gruelling levels crafted within this epic franchise doubling down on DOOM’s effectiveness to immobilise your protagonist, almost succumbing to defeat within every brutal brush. While it certainly looks and plays like DOOM Eternal, the panic is profound, almost intolerable. Rapidly rushing through hollowed halls and corridors, swiping any loose ammunition while leaning back and blasting away oncoming enemies will be a theme that will no doubt become this DLC’s hallmark. The adrenaline rush you get from obliterating a hoard is palpable. There is no sensibility, nor a tangible structure that can be carved in progressing throughout each mission. This is balls to the wall, fury and vigor at full force.

I will admit, there was some slight apprehension after a while. The ferociousness that had become apparent after only minutes of playing was indeed challenging, yet I liked the confrontation it entailed. If anything, it bought the best out of me while engaging with each wave of enemies, learning and harnessing new attributes within DOOM Eternal’s comprehensive side. While DOOM’s franchise within the modern gaming climate has always been relegated as simplistic in comparison to the “Call of Duty’s” of today’s shooters, The Ancient Gods does its best to overcome this notion and encourage players to work the offensive just a little more than usual. While I expected some complexity, and a little more variety in armoury and ammunition, gunplay remains the exact same as it were in the original campaign.

The expeditious pacing this campaign delivers certainly welcomes the experienced DOOM Eternal player. The slate is wiped clean, and devotee’s are put on notice that they’re in for one of the most menacing proving’s of this illustrious franchises history. There is a persistence in stoppage, that makes it more-so outrageous when trying to land that satisfying Glory kill, only to be annihilated by a behemoth tearing at you. Yes, all facets of the original campaign exist in this form, but not all will be as helpful as once perceived. At the core of it all, it’s a strategic change that will make Ancient Gods, a differing demonstration. Using the flame thrower to set enemies on fire, while using chainsaws for health and ammunition are vital. While they retain some familiarity, it’s how you utilise these core fundamentals for an entirely new loop.

New enemy types, and locale are explored within this DLC but are limited in some capacity due to the campaign’s cut-off point. The design again, is remarkable. A testament to DOOM Eternal’s initial presentation with some improvements that are made evident. Once again, replacing Mick Gordon has been the only downside to the entire experience, with a contemporary heavy metal score that is almost forgettable. It does show how memorable of an experience the original 2016 DOOM was, with Gordon’s hellbound heavy metal accompanying the outlandish aesthetic. I’m hopeful heading into the next generation, the two parties may reconcile and we can see some reform delivered to the franchise, and possibly an update that can possibly sugar-coat this subpar soundtrack.

Albeit, DOOM Eternal: The Ancient Gods – Part One is a solid experience. Yes, it’s not as fruitful as its headline counterpart, nor does it do anything innovative enough to make you want to pick up it right away, but it does deliver on its promise of more DOOM. Simply put, it’s a post-game non-sequel. A little added spice to the already flaming hot savagery that encompasses DOOM Eternal’s core elements. Its original plot is enough for players to invest time into its brutality and wildness it encapsulates within its six hour block. You will die… alot. It’s inevitable, and there’s no escaping that. The title purposely delivers a frustrating overture in hopes of prolonging its quality of life, and placing itself among memorable entries within its longstanding franchise. Now stop reading this and go kill some demons. 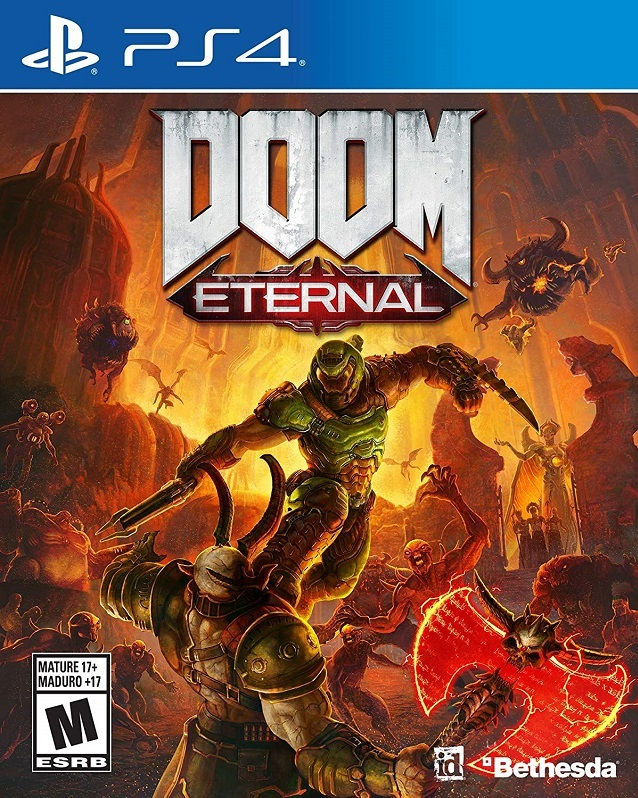 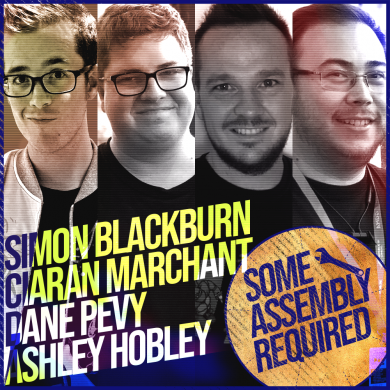