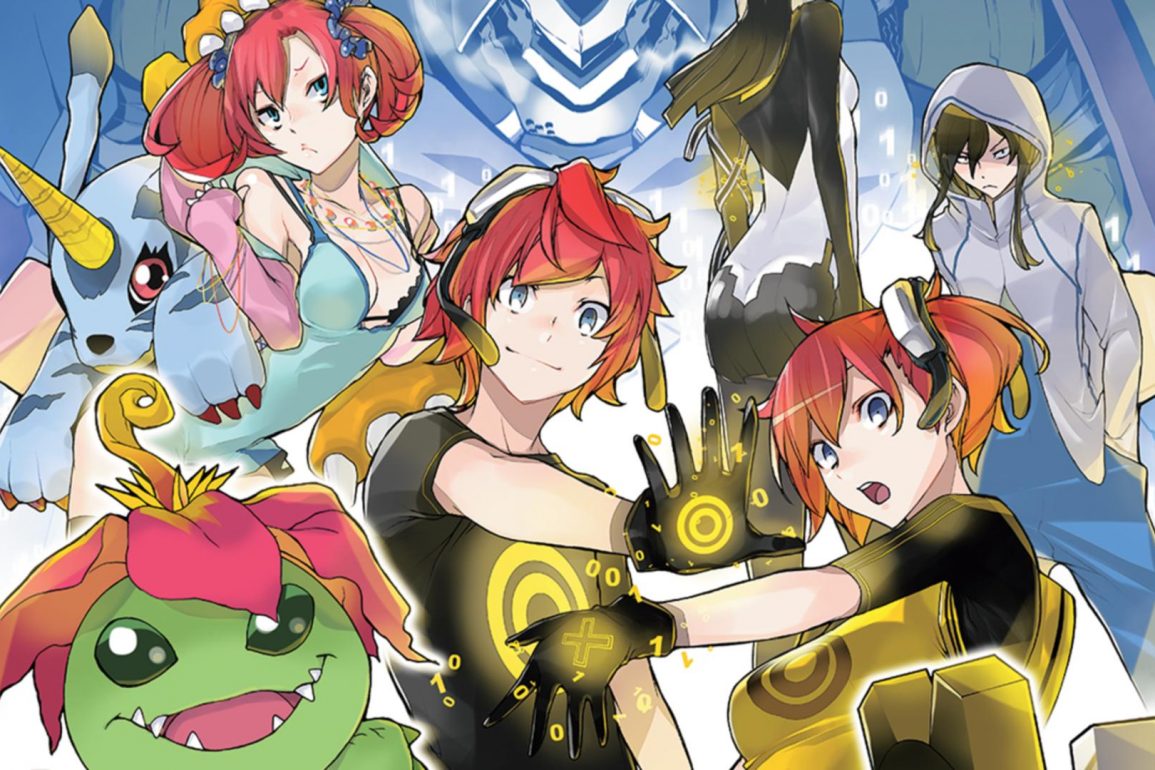 Lengthy tactical, turn-based JRPG’s are begging for your devotion and in 2019, and we are spoiled for choice. Admittedly, it’s a tough decision to choose which one will be your own personal time-sink, but if there was one that I could highly recommend, it’s this title right here. Originally released on the PlayStation 4 & PS Vita, in 2016 (2015 for Japan) Digimon Story: Cyber Sleuth offered more than fifty hours of content for players to consume. Now re-released for the Nintendo Switch in 2019, and offering more ninety hours of content, Digimon Story has landed on the perfect platform for players to experience this amazing title, on-the-go. While it may have initially launched on the PS Vita, it’s cultural impact was completely devoted to the home console. It’s questionable, but offering the same experience towards the hybrid home-handheld console now gives players the freedom to take this title with them everywhere, which is “The Dream” for anyone who absolutely fawns over the RPG market. It’s sequel, Digimon Story: Cyber Sleuth – Hacker’s Memory had released around the same time as Persona 5 in 2017, and gamer’s were making comparison’s between the two turn based role players, but the one thing they both had in common was it’s size, and how much time people could definitely devote to the title. It’s a simple feat however, making the title portable only allows players to engage with it, a whole lot more. And With the re-release of it’s original title, it’s the perfect time to experience, or revisit this awesome adventure.

Beginning the game, you have a choice to assume the role/gender of our protagonist Aiba (Takumi or Ami). Aiba, an amateur hacker, dawdles in a chatroom with friends while a rival hacker invades the servers and infects the entire site with a message warning each member to log into Cyberspace EDEN for a “wonderful present”. Many members of this underground hacking group deem it too suspicious, and back out of this devious plan. Aibi intrigue get’s the better of them, and takes a look into this questionable query laid upon them. Along with Aibi, chatroom users “Akkino” and “Blue Box” decide to join in and check out what this enquiry would entail. This leads to all three members of the chatroom to meet-up and we are formally introduced to Nokia Shiramine and Arata Sanada. They are each given a Digimon Capture device by the anonymous hacker and are locked inside Kowloon.

This is where it all starts to get real interesting, and we experience some incredibly awesome turn-based style combat that definitely resonates what you would experience in many renowned titles throughout the genre. The title exhumes what you would expect from a polished turn-based JRPG, with a large scale map and items riddled around the are to collect. It’s almost a mashup of an old school Persona 4 with Pokemon put together. Each protagonist you control, commands their Digimon to attack with their own unique abilities, while engaging in battle against rival Digimon they may encounter on their journey. To start, you may choose from Palmon, Terriormon, or Hagurumon as your first Digimon partener. As you journey through Kalwoon, you will open more areas with a bunch of new Digimon you may battle, or capture. With a grand total of 341 Digimon to catch, you certainly won’t have a shortage in range here.

Experiencing this title hearkens back to the golden age of early morning Anime on Cheez TV (Aussie reference for those in the know) that absolutely loved their early morning cartoons, and adored the franchise for being the edgier alternative to it’s sister “Pocket Monsters” show. It’s presentation will leave you astonished by how polished it’s gameplay and design truly are, we are talking about a JRPG however, so the elements are far and few between “hefty”. It’s old-adage, “Simple yet effective”. Now, making comparisons here is something that this title could not escape from. While Pokemon has it’s traditional one-on-one turn based battle system, Digimon Story brings forth the multi-member battle mechanic, where you and other team-mates will engage with numerous monsters throughout each encounter. Once again, bringing in traditional JRPG elements, with a splash of Persona into the fold.

While you technically don’t “catch” Digimon, you actually earn them by filling up a meter. Once your meter reaches it’s limit, you craft and create your own Digimon while discovering more outside the DigiLab, learning new capabilities to instill towards your brand new Digimon. The one thing I will say is the difficulty spikes are definitely apparent here. While I played most of the title on Easy, there were moments I found that it may have been… a little too easy. Jumping to Hard however, it was a moment where I knew I could not continue playing under that kind of pressure, and had to jump back to Easy and continue. Some boss battles will still be challenging under Easy mode, but this is all player’s preference of course. The great thing about most boss battles however, is their unpredictability. You just don’t know how they are going to strike next, and makes for some appetising turn-based action.

Video Game Musician and Composer Masafumi Takada, known for his incredible work in multiple JPRG and visual novel titles, composes the game’s official soundtrack bringing this world to life. It’s electronica vibes scream through absolute moments of intense action, and contemporary subtlety with every track that sets the tone of each set piece perfectly. Experiencing the world of Digimon in it’s incredible detail in absolutely stunning presentation on the Nintendo Switch, has been an absolute treat. Playing on-screen and in handheld is absolute bliss for a JRPG lover, like myself. While everything will look 10x better on a smaller-scale due to pixel density, it does not take away from the sheer beauty that this title gives on a grander scale. While experiencing only some minor lag in handheld mode, I will say this does not take away from any of the overjoying experience I had playing this awesome title. Character design may be a template for what is seen in any or all Anime based title’s but this still plays perfectly in-part for great presentation.

Digimon Story Cyber Sleuth: Complete Edition, is an incredible addition to the already existing JPRG library on the Nintendo Switch. However, this is one that is a must play. For those who experienced this title on it’s original platforms, it’s a joy to revisit this one in 2019, when we’re all just chomping at the bit right now for some great tactical RPG action on a bigger scale. With over Ninety Hours of original content, incredible gameplay, fabulous presentation, and an intriguing plot, you absolutely are promised and delivered a “Complete” package. For anyone out there looking to get their JRPG fix on-the-go, this is certainly a must have title, that will have you on the grind for hours. While a casual run of the title will get you over the seventy hour line, I am sure that it will deliver more than what anyone will expect. Digimon Story Cyber Sleuth: Complete Edition was an amazing revisit of this incredible JRPG, and one soon that I will not forget. 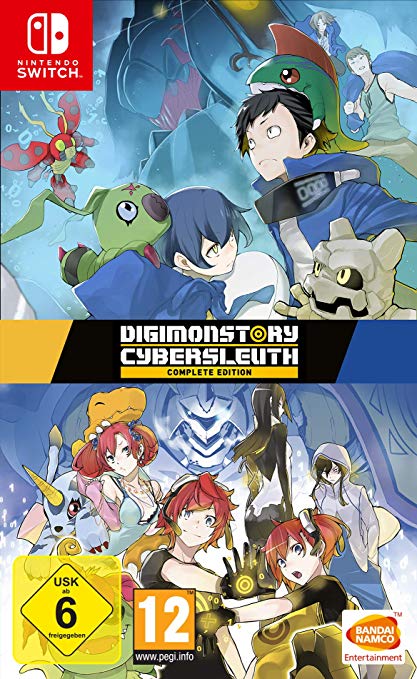 Digimon Story: Cyber Sleuth is a role-playing video game developed by Media.Vision and published by Bandai Namco Entertainment for PlayStation Vita and PlayStation 4, based on the Digimon franchise. 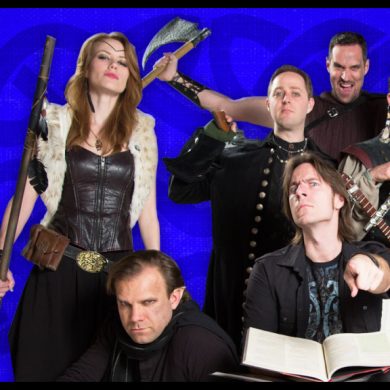