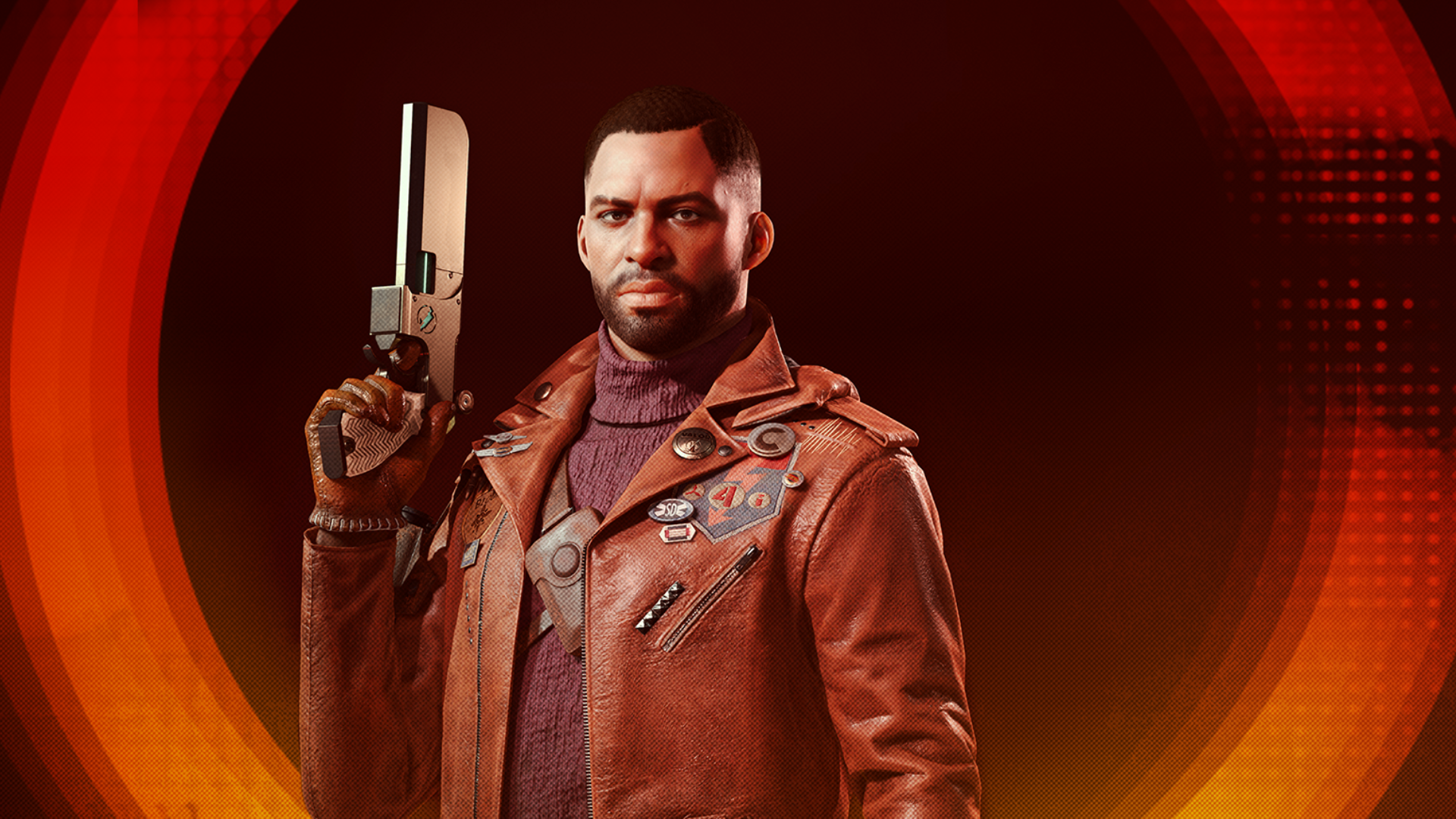 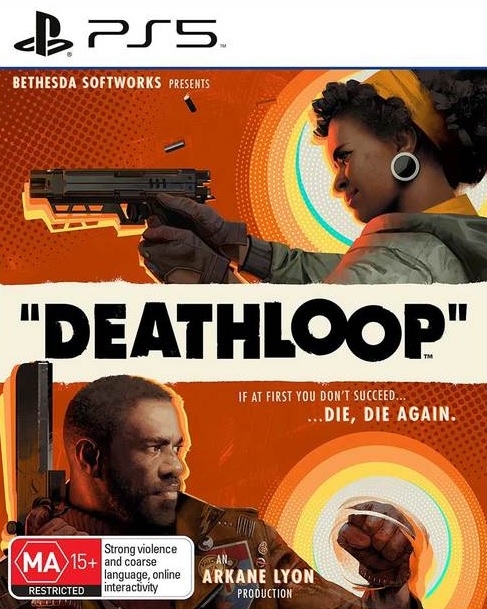 It’s hard to discern exactly what I’ve just experienced here. In what could possibly be 2021’s most ambitious action title? A rogue-like or metroidvania? A first-person shooter? Sure, but nothing that could be definitively classed under one category. After some subjective hit-and-miss in Wolfenstein: Youngblood, Arkane has come out the gate swinging with Deathloop, delivering a sensational time-twisting joyride that not only leaves us in utter suspense, but gives our brain muscles some food for thought. A palpable aura is immediately pushed from the onset, dictating a hostile environment that’s quite reminiscent of a Borderlands-style universe. The 1960’s timeframe only heightened the Bond-like thrill-seeker in me, as I quietly traversed from one part of Blackreef to the other.

While it may be with a heavy heart, and a fond farewell that Bethesda waves goodbye to PlayStation, they leave the Japanese gaming conglomerate with an extraordinary console exclusive that amalgamates many facets and prime features of their past titles into Deathloop. A mixture of greatness unfolds with fans that will recognise key mechanics from titles such as Prey, Dishonored, even the polarising Wolfenstein: Youngblood. However, what remains pivotal to the title’s success is its awesome creativity in story and writing. Our leads are enigmatic and absolute in their resolve, and their character’s are forthright in their respective decisions but are primarily left without choice. This is what makes the game a tenacious, cinematic joyride from beginning to end and could very well place it atop the rest in 2021.

Follow the story of Colt Vahn, Head of Security at AEON who wants answers in why he seems to be sustaining multiple deaths and waking on the shores of Blackreef in an endless loop. The campaign takes place over a single day that seems to be repeating over and over with each death, hence the title “Death-Loop”. The small enclave was first used as a military base where scientists ran tests and experiments that were deemed inconclusive. The game begins with a forced choice to “Break the Loop”, first portraying our lead male protagonist Colt, awoken from what he assumes to be a drunken stupor, with no recollection of who he is but only a “nightmare” that saw him viciously bludgeoned by AEON’s archivist, Julianna Blake. Going off instinct alone, Colt receives mental notes from prior loops of which direction he’s supposedly heading.

Trawling up the AEON security base, Colt scrambles to find resources that may be of use to get him to remember who he is and why he’s on Blackreef. Finding a radio-com, he’s able to scope out his surroundings upon learning that he is public enemy No. 1, after Julianna puts a hit out on him. Learning his identity, Colt blasts through the private militia that camps on the Isle, while communicating with his nemesis via walkie-talkie, until the two reconvene in the camp’s Library. There, Julianna taunts Colt of the never-ending loop he seems to be stuck in, which see’s our hero respawn endlessly in reset timelines of the same day upon death. This is due to AEON’s founder, Dr. Egor Serling, who managed to exploit unfounded anomalies on Blackreef, for immortality. He partnered with eight other individuals during this time to form the Visionaries, a faction of young devotee’s that aimed to serve him.

Now, Julianna has taken over Colt’s position as AEON’s head of security in hopes of protecting the loop, ensuring the safety of the Visionaries and the Eternalists. Colt’s plan to break the loop and hunt down the faction is foiled when she meets with him in the Library, only to keep him captive within its confines. Colt receives another message to crash through the window and leap out. With some trepidation, he makes the leap only to be saved by himself. In total disbelief, his other self informs him of a code written on the back of a postcard that he seemed to have forgotten. Julianna appears and kills off the other Colt, while Colt himself falls to his death – Keeping up? Colt then wakes on the shore of Blackreef once again, but this time retaining all memories of what had transpired in the previous loop.

A mind boggling, time twisting race right to its final act makes Deathloop an instant classic, and an essential title that I'm sure many will be talking about for years to come.

This is out of the norm for most inhabitants of Blackreef, as respawning tends to wipe their memories but Colt has now gained the ability to recall his prior experiences giving the mercenary an advantage. However, there is a pressing matter at hand, and it comes in the form of his direct opponent also carrying the same ability in retaining knowledge, which makes this trivial pursuit a not-so linear mission to accomplish. In order for Colt to finally break the loop he must kill off all Visionaries, including Julianna. Each loop is continuously reactivated from midnight, allowing people to respawn but only within the same time period – Groundhog’s Day, essentially. Julianna serves as their protector, with hopes of retaining the loop while repeatedly taunting Colt through this endless cycle.

✔️Awesome storyline; an outstanding premise that delivers an exciting action/shooter.

✔️Hilarious. The bickering between Colt and Julianna had me chuckling.

❌Some graphical issues, bugs, etc. Easily ironed out with a patch.

Deathloop’s premise is awe-inspiring, yet jarring in some ways. Arkane’s broad scope has torn-up the traditional first-person shooter, and turned it into multiple genre’s of something that should not fit, but melds perfectly here. Its rogue-like tendencies remind me of Returnal, without stating the obvious loop but also carry over a Metroidvania-esque theme that see’s Colt venture out on fetch quests for more abilities in specific areas. Sure it’s a grind to some degree, but it never stifles or bottlenecks the experience. With the time loop being the focal point of this title, there is an emphasis on surviving the day without a reset at midnight, sending Colt back to the beginning.

Morning, Noon, Evening and Night all have their own periodic theme or season that advances with movement between Blackreef’s separate territories. Loadouts between districts depend on artillery gained between runs, but if a reset occurs you will only lose weaponry but still be able to continue your mission from where you left off. Keeping tabs on mission progress is readily available in your quest log. All eight shakedown’s for each Visionary are open from the onset, and are their own respective storyline that carries out in segregated chapters without the need to follow accordingly.

I’m reminded of Fallout’s Audio drops that hint off narrative progression, tagging our character for his next arc. These are usually found throughout each area’s map, or kept in chat-log’s on computer. Keep in mind these hints are imperative to Colt’s journey, so skimming over the finer details can cause some dissolution within your campaign. Be thorough with your investigation, or you’ll end up leaving the title empty handed. This is not your run-of-the-mill expeditious escapade, a meticulous attitude towards investigation is a must. Don’t get me wrong, you can scrounge a decent collection of firearms that will turn your enemies inside out, while harnessing the ability to control their very being with telekinetic powers, but Arkane’s depth here creates a renewed precipice for first-person presentation that does not corner it in strict FPS/PvP combat.

What does this mean? The great thing about Deathloop is its purposely designed A.I., which cloaks Julianna into the crowd. While deep into investigation within each Visionary’s district, Julianna may suddenly appear and disrupt your objective, causing a catastrophic and untimely Boss battle. However, Julianna will not always be confronting you as A.I., players can assume the role of the opposition and hunt down active players that are pursuing their own campaign as Colt. This delivers great a sense of urgency, but also makes the chase a tonne of fun to experience. On the flip side, playing as Julianna is a little more free-form as your objective is to seek out Colt and eliminate him as many times as possible. You can camouflage yourself as an NPC, or go in guns blazing. Preferably, espionage tactics here remain the best course of action in swiftly taking down your target.

Arkane have outdone themselves, in unequivocally designing a dazzling overworld that’s quite a sight to behold. I will admit, there are moments of texture pop-in and some slight mapping issues that had me question some quality and assurance, given at one point the game crashed on me after clipping through a mountainside, but that was only one instance that never broke the inertia of its rapidly moving premise. The 1960’s overture matches the off-white, retro-like aesthetic that contrasts a futuristic, unconventional time period where none of these events would ever thought to be inevitable.

When it comes full circle, Deathloop is without saying the most inquisitive, inventive and innovative first-person action title’s you will ever play. Extrapolating on sub-genre’s that aren’t supposed to fit but mesh into perfection is astonishing to say the least. An outlandish creation that embarks on disposition to the max, placing a certain period of history within a futuristic void that more-or-less tests the patience of the player, as well as having each facet of its gameplay loop be well established and thought out before executed. A mind boggling, time twisting race right to its final act makes Deathloop an instant classic, and an essential title that I’m sure many will be talking about for years to come.

Deathloop is a 2021 first-person shooter game developed by Arkane Studios and published by Bethesda Softworks for Microsoft Windows and as a timed console exclusive for the PlayStation 5.

Story
9
Gameplay
9
Presentation
9
Sound
9
9
Supplied by the publisher, for our review. 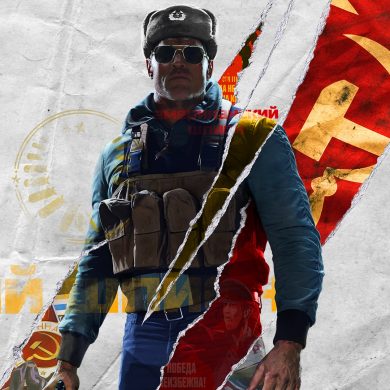